Another month, another big development announcement in West Columbia. 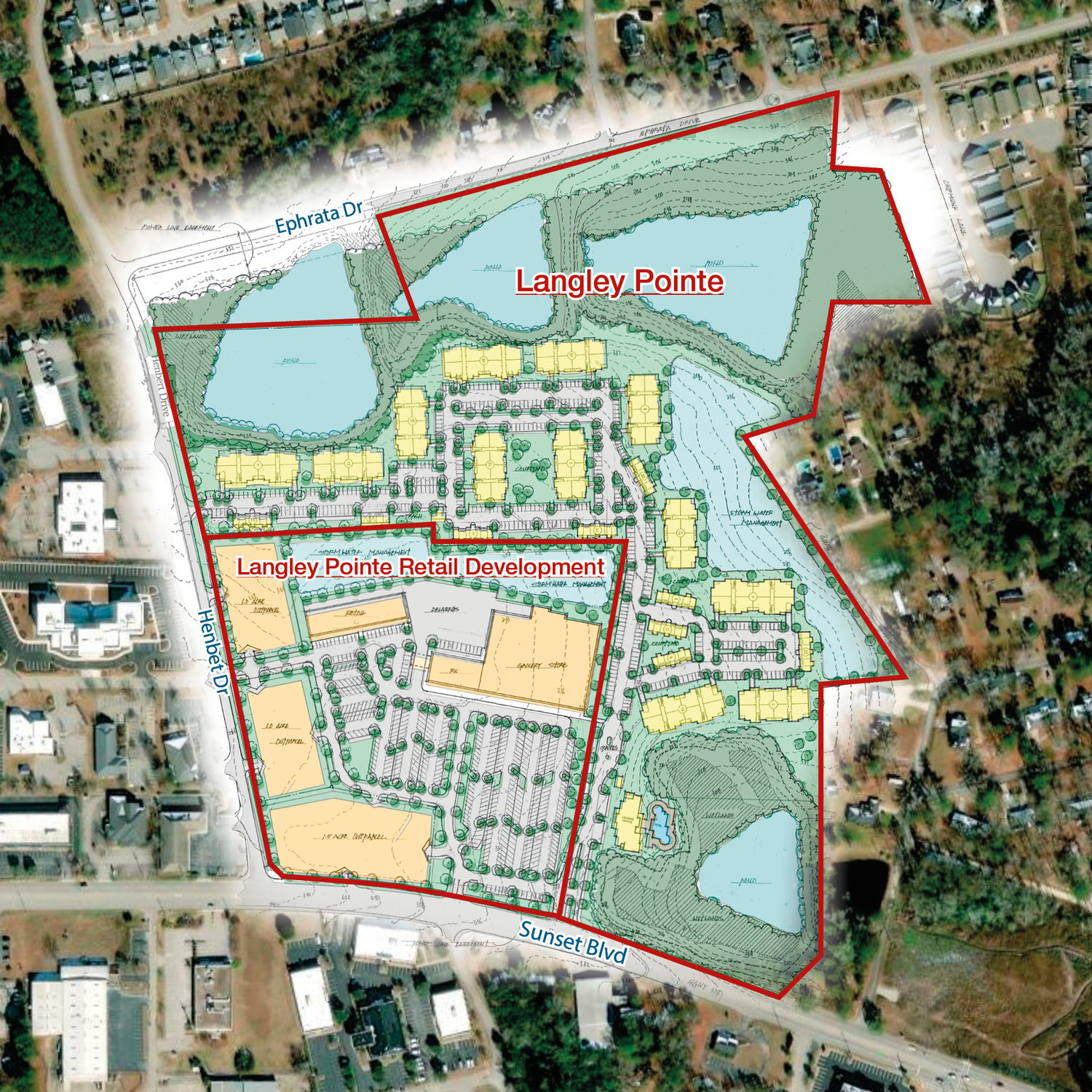 Another month, another big development announcement in West Columbia.

This week, NAI Columbia unveiled plans for Langley Pointe, which is set for a 37.87-acre property along Sunset Boulevard between Interstates 20 and 26. According to a release, the firm’s development team facilitated the $3.75 million land deal to make way for the new development.

The project, a joint venture between Flicking & Company and Novare Group that NAI says will cost $60 million, is set to include Class-A housing and retail, which NAI senior broker and principal Ben Kelly told the Chronicle will hopefully include a grocery store “and the various components that would be associated with that.”

“It’s definitely a want in the area,” he said of the grocery store. “West Columbia is very desirous of another grocer. And hopefully we will meet the criteria of the retail grocery market at that location. But we’ve not tested that yet with the grocer market.”

Kelly said the site, located between Sunset Boulevard, Henbet Drive and Ephrata Drive was a good fit for this kind of mixed-use development due to its close proximity to the two interstates and the more than 6,000 workers at Lexington Medical Center, which is located about a mile down the road.

While marketing to find potential commercial tenants has not yet started, there is a firm plan for what the residential component of the development will look like.

One major concern during planning for Langley Pointe was traffic. Kelly said the way traffic already tends to back up on Sunset Boulevard/U.S. Highway 378 during rush hour was top of mind during the process.

“[There are] significant traffic improvements to be made through collaborative effort with the [state Department of Transportation],” Kelly said, explaining that in addition to road widening, a new turn lane and traffic signal at the intersection with Henbet Drive, the intersection will be tied into the integrated system that governs Sunset Boulevard intersections from the Town of Lexington to Lexington Medical Center.

Kelly said the land was annexed into the City of West Columbia to make way for this development, and the release notes that this was facilitated by the city’s Redevelopment Floating Zone District. Established to “provide opportunities for redevelopment ... through a land development process designed to encourage context sensitive redevelopment,” the zone was passed by City Council in 2019.

Like the last big development announcement in West Columbia, the Colite City co-working and mixed-use space that is set to repurpose the old Colite Industries factory, announced in October, Langley Pointe represents a further step away from what had been an almost singular focus on the area near State Street and the Congaree River when it came to West Columbia redevelopment.

When Colite City was announced, Mayor Tem Miles talked about how it’s an emphasis for the city moving forward to spark redevelopment in other areas.

“For decades the City of West Columbia has been working to make redevelopment across our city possible,” Miles is quoted in NAI’s release. “This project is the latest sign that development is continuing to boom in our city.”

NAI has been a partner through much of this boom, consulting with the city when it came to redeveloping the River District and representing it in the land deals that made way for the Brookland apartments and 4West mixed-use project being built beside them at the corner of State and Meeting streets, as well as the nearby Savage craft Ale Works, Main Street Artisan Market and surrounding art park, the Carraway Park across from the West Columbia Riverwalk, and the Flow condominium and townhome complex.

“I think West Columbia has got a good long-term plan and a redevelopment plan of what they'd like to see and in their community,” Kelly said of why NAI and the city continue to work well together. “And it's just understanding that plan and understanding what West Columbia is looking to see. And we've been very active in West Columbia now for the last 15 years. It's been a slow process, but a lot of things have happened in the last six or seven years. And we think it's just starting.”