Eight Lexington County restaurants received a C, the lowest Food Grade given out following inspections by the state Department of Health and Environmental Control, in August. 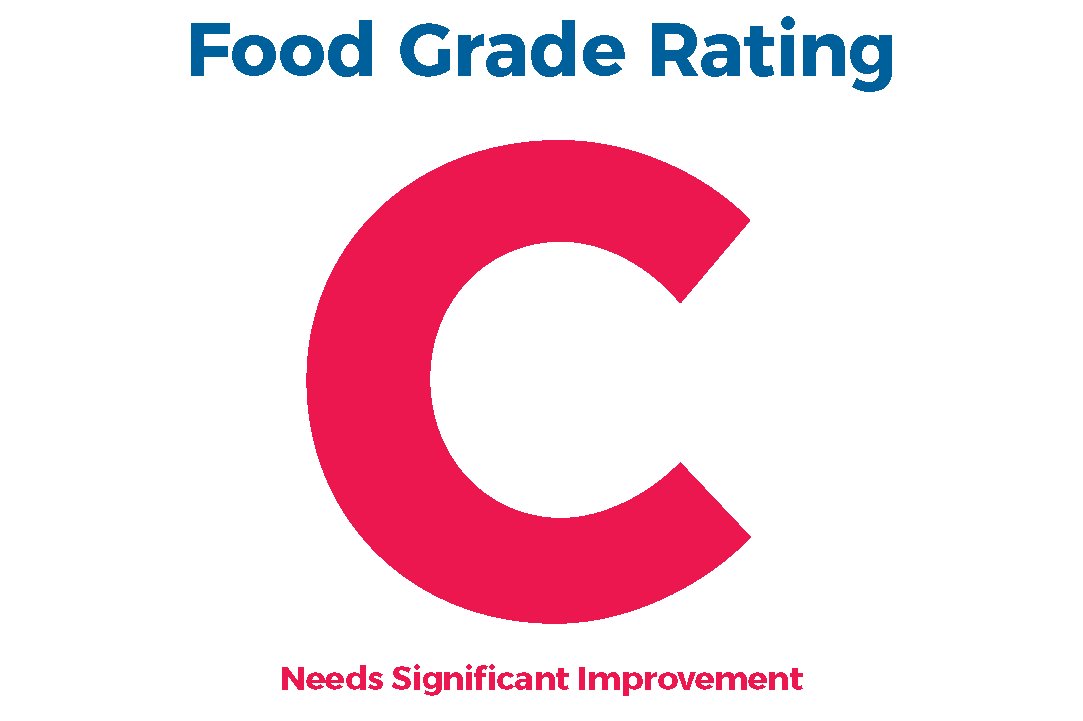 Eight Lexington County restaurants received a C, the lowest Food Grade given out following inspections by the state Department of Health and Environmental Control, in August. All have since risen to an A on subsequent inspections.

Five of the restaurants were in Columbia, two were in West Columbia and one was in Chapin.

Zorba’s of St. Andrews, located at 6169 St. Andrews Rd. in Columbia, received a B (and a score of 81%) on a routine inspection conducted July 25  that noted several priority violations. The report observes “employee switching between dirty to clean dishes without proper hand wash in between,” improper cold holding temperatures, prepared foods held without proper date marking, “garage style door open to outside areas allowing pest entry,” the lack of a test kit to measure hot water for high-temperature sanitizing and “grease, grime, and dust buildup on vents, floors, walls and equipment throughout kitchen [and] stained ceiling tiles in the kiten areas and dining areas.”

On Aug. 4, all of the prior violations were repeated (with flies being noted in the storage and dish area), and the restaurant was additionally cited for lack of proper documentation that some food was obtained from approved sources and improper cold holding temperatures.

On Aug. 11, three previous violations — the improper handwashing, prepared foods being held without proper marking and the lack of maintenance and cleanliness — were repeated.

Zorba’s of Chapin, located at 1250 Chapin Rd., received a B (78%) during a routine inspection on Aug. 15. The report lists priority violations, noting “employee not washing hands between glove changes,” “hand washing sink near dish line not in adequate operation” and the lack of soap and paper towels at hand sinks, “no wholesale approval information for desserts offered,” improper cooling times and temperatures for items such as chicken and ribs, improper cold holding temperatures, prepared foods held held without proper date marking, improper cooling methods and “grease and waste water from dumpster area on ground.”

The restaurant received a C (83%) on a Aug. 26 follow-up. All the priority violations were repeated except for the infraction for holding prepared food without proper marking. An additional priority violation was assessed for “roach activity on table and baseboards in bar dining section.”

Priority violations noted include “employee not washing hands between points of contamination” and “employee handling raw product & move onto other task without proper handwash,” “handsink by 3 compartment sink blocked with dishes inside of it,” “employee rinsing single use gloves for reuse,” “employees manually washing dishes and stacking as clean without sanitizing,” improper cold holding temperatures, prepared foods held without proper date marking, and the presence of insects (roaches and pests in kitchen and storage areas and “an excessive amount” of dead roaches and insects in the kitchen and back of house).

Tsunami received an A (94%) on an Aug. 29 follow-up, with no priority violations.

Delhi Palace received a B (80%) on a routine inspection conducted Aug. 19.

The restaurant received a C (93%) on an Aug. 26 follow-up inspection. The only priority violation repeated was the insect problem, with dead roaches noted throughout the facility and roach activity seen by multiple sinks, the wait station and prep area.

Delhi Palace received an A (100%) on an Aug. 31 follow-up, with no violations assessed.

The Waffle House location received a B (81%) on a routine inspection conducted Aug. 17.

The Waffle House received a C (88%) on an Aug. 23 follow-up. The violations for improper dish sanitization, improper cold holding temperatures and holding prepared foods without proper marking were repeated, and while it wasn’t a priority violation, black buildup was found on and around the dish area drain board and handwashing station.

The business received multiple priority violations, with the report noting “fruit flies ... throughout facility, especially in front of the meat market,” “hand sink in meat market blocked with colander at start of inspection,” “facility is unable to provide documentation to verify the source of the catfish with intact head,” “shrimp stored above open cheeses in the display market cooler [and] shell eggs stored above heads of lettuce and other produce in the market reach in cooler,” “knifes hanging on wall above 3 compartment sink ... with food debris” and “facility is not date marking grease with carnitas in it.”

Mercado Acapulco received a C (88%) on an Aug. 19 follow-up. It was again cited for improper separation of food (“raw shell eggs stored above lettuce and tortillas in reach in cooler in the market”) and improper cleaning and sanitization of food-contact surfaces.

The business received an A (97%) on an Aug. 25 follow-up, with no priority violations assessed.

The restaurant received an A (100%) on an Aug. 30 follow-up, receiving no violations.