The recent removal of a book on racism from schools in Batesburg-Leesville helped inspire a new South Carolina coalition whose goal is to stop the banning of books from public and school libraries. 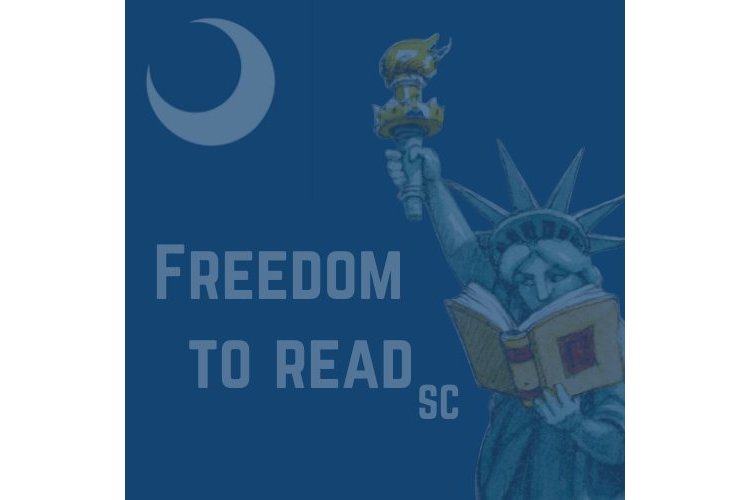 The recent removal of a book on racism from schools in Batesburg-Leesville helped inspire a new South Carolina coalition whose goal is to stop the banning of books from public and school libraries.

Freedom to Read SC launched Oct. 27 in response to what the group calls an alarming number of book bans and attempted bans happening across the state. Rallied by the ACLU of South Carolina, the coalition launched with 18 member organizations, including the Harriet Hancock Center Foundation, the League of Women Voters of South Carolina, the S.C. NAACP Conference Youth and College Division, the S.C. Association of School Librarians, the S.C. Unitarian Universalist Justice Alliance, and the Women’s Rights and Empowerment Network.

One of the incidents the coalition is responding to is the recent removal of “Stamped: Racism, Anti-Racism, and You” by Ibram X. Kendi and Jason Reynolds from Batesburg-Leesville Middle and High School.

A spokesperson for Lexington County School District 3 told the Chronicle the book is off the shelves while it is being reviewed in accordance with district policy on library materials. The paper attempted to reach out to all members of the Lexington 3 school board but have not received any response.

Joshua Malkin, legislative and policy advocate and legal fellow for the state ACLU, told the Chronicle that he attended Lexington 3’s Oct. 11 school board meeting and informed the board that the decision to remove the book is unconstitutional. He said he has yet to get any form of response from the district.

Malkin said the Batesburg-Leesville removal joins a growing list of censorship his group has noticed in schools and libraries around the state, saying there have been incidents in places such as Greenville, Spartanburg, Anderson and Pickens.

According to Malkin, around 20 members of the community attended a meeting in Pickens recently to speak out against a potential banning.

Taking note of this alleged censorship, the ACLU reached out to the Association of South Carolina Librarians, and from there, more organizations against the banning of books came forward and the coalition was formed.

Since its recent launch, the coalition has promoted its mission through Facebook, which is where community members can access information involving book removals and where they can find out about meetings.

“The right to access information is so fundamentally American, right?” Malkin said. “This is not Democratic, it’s not Republican, it’s not conservative, it’s not progressive. This is authoritarian. Controlling the information that children are allowed access to is un-American.”

Malkin said librarians are trained professionals and that they are devoted to helping children develop their sense of imagination, empathy and curiosity, adding that it is often “courageous” librarians who alert the coalition of these bans.

“I think librarians have vetted protocols. I think they’re trained professionals.” he said. “They are not purchasing or placing books on a whim, right? Let’s trust our librarians.”

Aaron Granade, a candidate running for Lexington County School District 1’s Board of Trustees Nov. 8 and an outspoken voice for parental rights, told the Chronicle that parents do have the right to decide what children are reading. Grenade also shared a draft of a potential policy for determining what books are appropriate.