Behind the Mike with Michael Aun

His nickname growing up was “Buzz.”

I think he may have been labeled that by one of our aunts, Annie Laurie Mack, wife of one of our favorite uncles, Arthur Mack.

Behind the Mike with Michael Aun 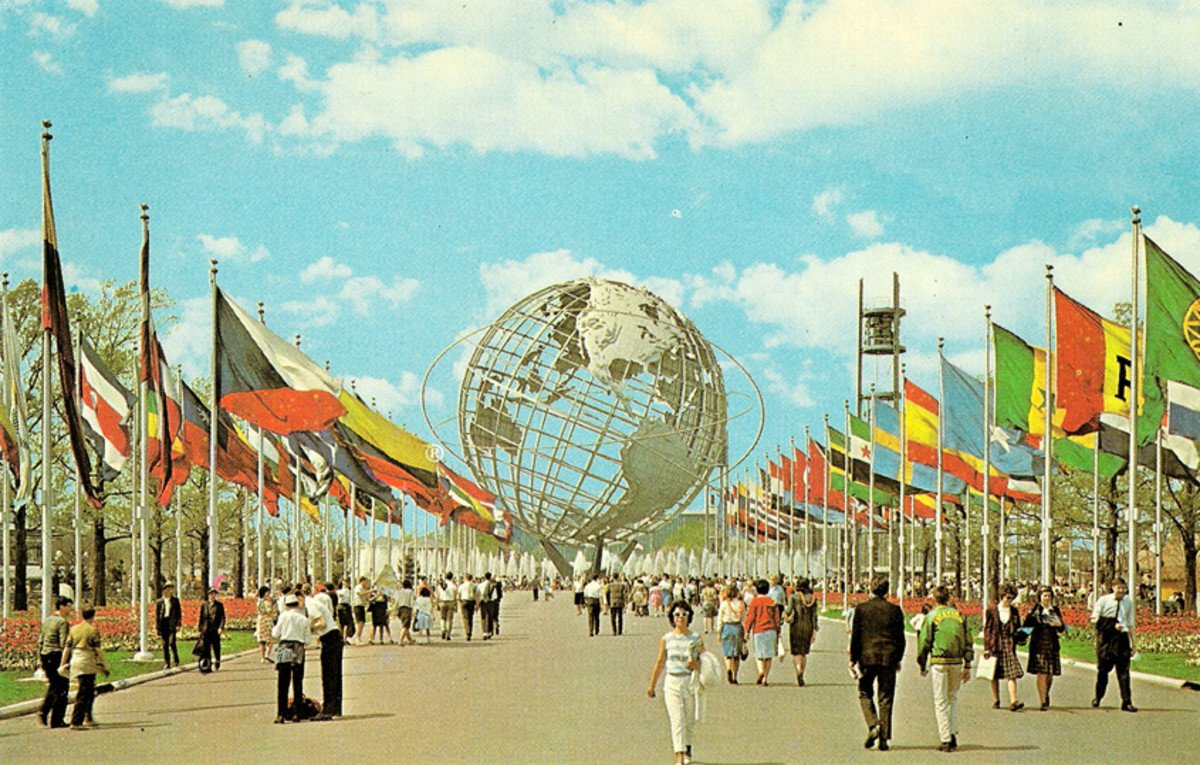 His nickname growing up was “Buzz.”
I think he may have been labeled that by one of our aunts, Annie Laurie Mack, wife of one of our favorite uncles, Arthur Mack.
“Buzz,” aka George Elias Aun, was blessed to be awarded the first names of my two grandfathers, George Aun and Elias Mack.  We never got to know George Aun well, meeting him only once in our lives.
Grandfather George Aun’s family lived in Paterson, NJ.  In those days, you did not hop in the station wagon and drive 700 miles north.  There was no I-95.
For the most part only pieces of it had been completed since its inception in 1956.  I-95 took till 2018 to complete construction.
Our family did make the trip on one occasion, eventually heading to New York for the 1964 World’s Fair, themed “Peace Through Understanding.”
We visited the 650 acres of pavilions and public displays from around the world.  On the way, we stopped to “meet” our grandparents for the only time in my life.
The station wagon my dad owned barely held us all.  To be fair, some of my 11 siblings had not yet been born, so we piled in looking like “the Jed Clampets” arriving in Hollywood… only without all the oil money.
“Buzz” was a childhood nickname which he was glad to dump when he became an adult.  My own moniker was “Yogi” because I oddly looked like Yogi Berra, ears, nose and all.
When the local bully Joe Clyde Leaphart kicked out my front tooth in a neighborhood football game, the celebrity I most resembled most was Alfred E. Newman, the guy on Mad Magazine covers.
I think George disliked the name because Aunt Annie Laurie loved to call him “Buzz-Buzz.”  She labeled younger brother Fred  “Freshing.”
Brother George turned 73 this week and is happily retired and living in his hometown. Lexington.
Over those 7 decades, he spent the majority in a job as a safety engineer.
He did a brief tenure as an entrepreneur when he owned and operated Aun’s Feed Stable, a family restaurant next to the house where we grew up.
Buzz was the last in a series of Aun children to work in or around Aun’s Feed Stable over the years.
In the 1980s, the town found the property was too important so they “bought it” out from under him under Eminent Domaine.
The Town of Lexington built its Town Hall on the home place and the rest is history.
Among George’s many accomplishments was his time in the Jaycees where he worked alongside longtime friend and businessman Jack Brantley, one of SC's leading ambassadors of economic development.
He also proudly served alongside my Uncle George Renard for many decades as a member of the SC National Guard.
Values define who we are and what we do in life.  They are not a lot unlike DNA. it never lies.
Your DNA is yours, no one else’s.  In many ways, that is how I see big brother George.  He found peace in his life based on solid principles.
He married a terrific woman, Gale, a half century ago and they have a house full of the finest sons you would ever want to meet.
Some followed in his footsteps to become outstanding members of the military and provide service from doctors to intelligence officers.
I am so proud big brother George.  His legacy is his proof and testimony to his presence.

Editor’s note:  Hall of Fame Speaker Michael Aun is the 3rd of 11 siblings in the Aun family, all of which are still alive and well today.