The team's Coastal Plain League first half division title hopes took another hit Sunday for the Lexington County Blowfish after a 6-5 loss at Macon. 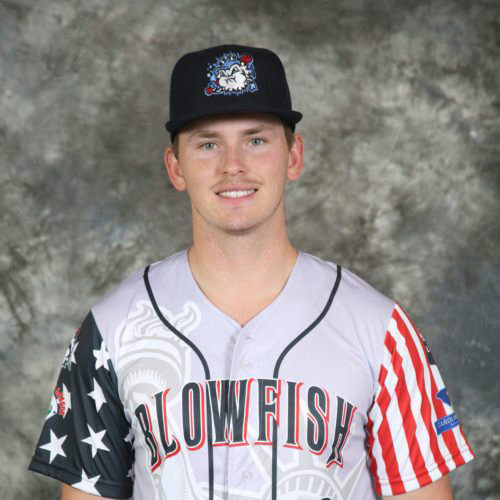 The Coastal Plain League first half division title hopes took another hit Sunday for the Lexington County Blowfish after a 6-5 loss at Macon.

It was the fourth consecutive loss for the Blowfish (9-8), dropping them to 4 1/2 games out of first place in the West Division behind Savannah and tied for second place with Martinsville.

Despite outhitting the Bacon 11-7, the Blowfish were once again hurt by defensive miscues. They committed three errors in the field and had several wild pitches which set up scoring opportunities for Macon.

A solo home run by Cole Mathis put Lexington up 1-0 in the top of the thrid inning. Macon answered in the bottom half of the inning with a game-tying RBI double by Bryce Matthews and two-run homer by James Bell.

It was the first home run at Luther Williams Stadium by a Bacon player.

Brock Vradenburg brought the Blowfish within 3-2 in the fourth inning with a sole home run. Lexington County loaded the bases in the fifth and Reece Holbrook's infield single brought home Billy Amick to tie the game.

River Bluff graduate Alex Urban hit a leadoff single in the top of the sixth inning. He scored on Mathis' sacrifice fly to put the Blowfish ahead 5-4.

The Bacon had runners on second and third in the top of the seventh after a misplayed grounder at third base by Lexington Blake Falor. Matthews tied the game with a single and Corey Bivens scored off a wild pitch by reliever Dylan Crowley.

A wild pitch by Austin Sandifer in relief for the Blowfish allowed an insurance run for Macon (10-9) in the bottom of the eighth inning.

Wells Sykes of Lexington had an RBI single in the top of the ninth, but the Blowfish left the tying run stranded at third base.