Brookland-Cayce Opens Defense of Boys Soccer Title, Region 5-5A Go Undefeated in Round One 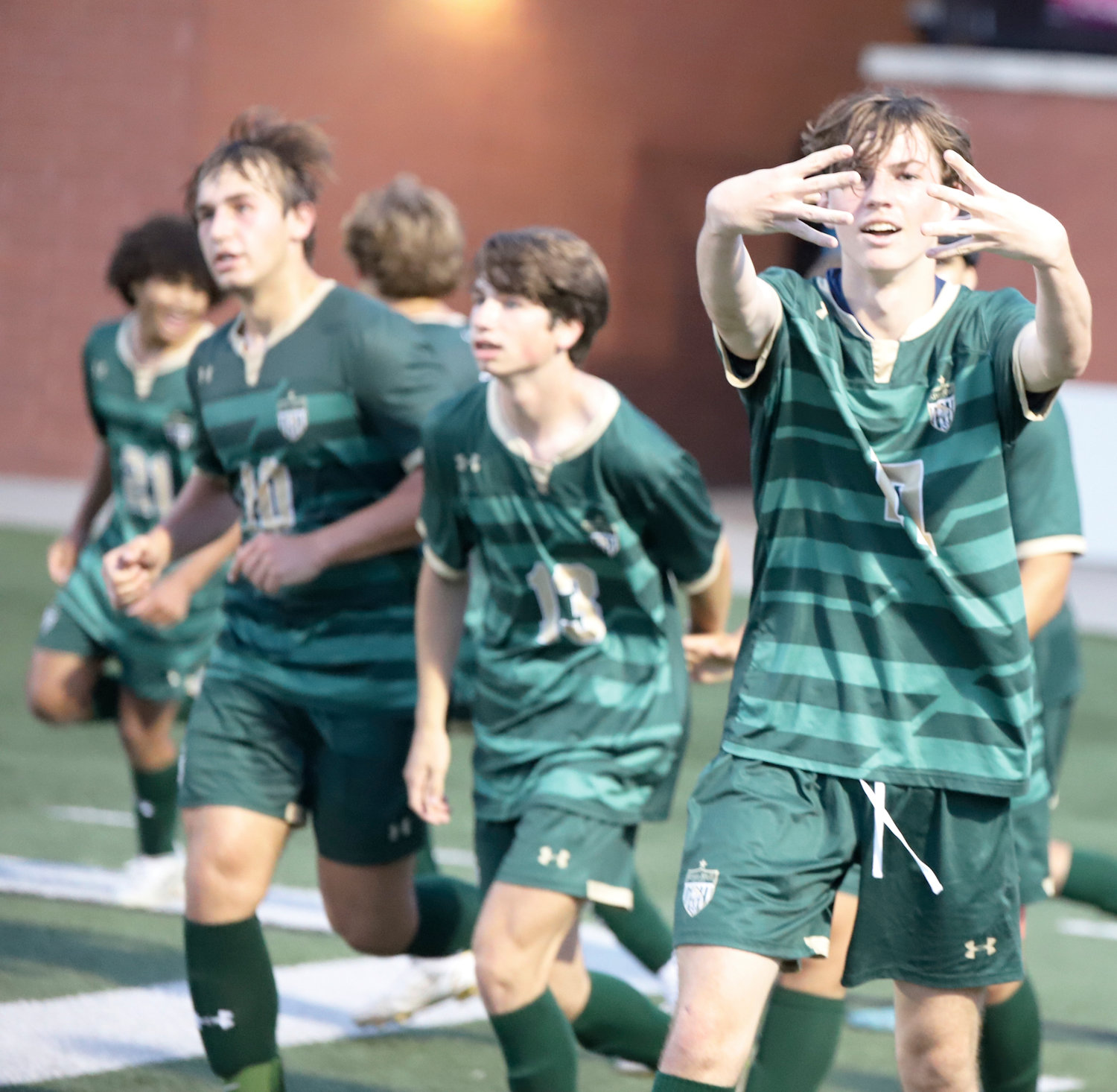 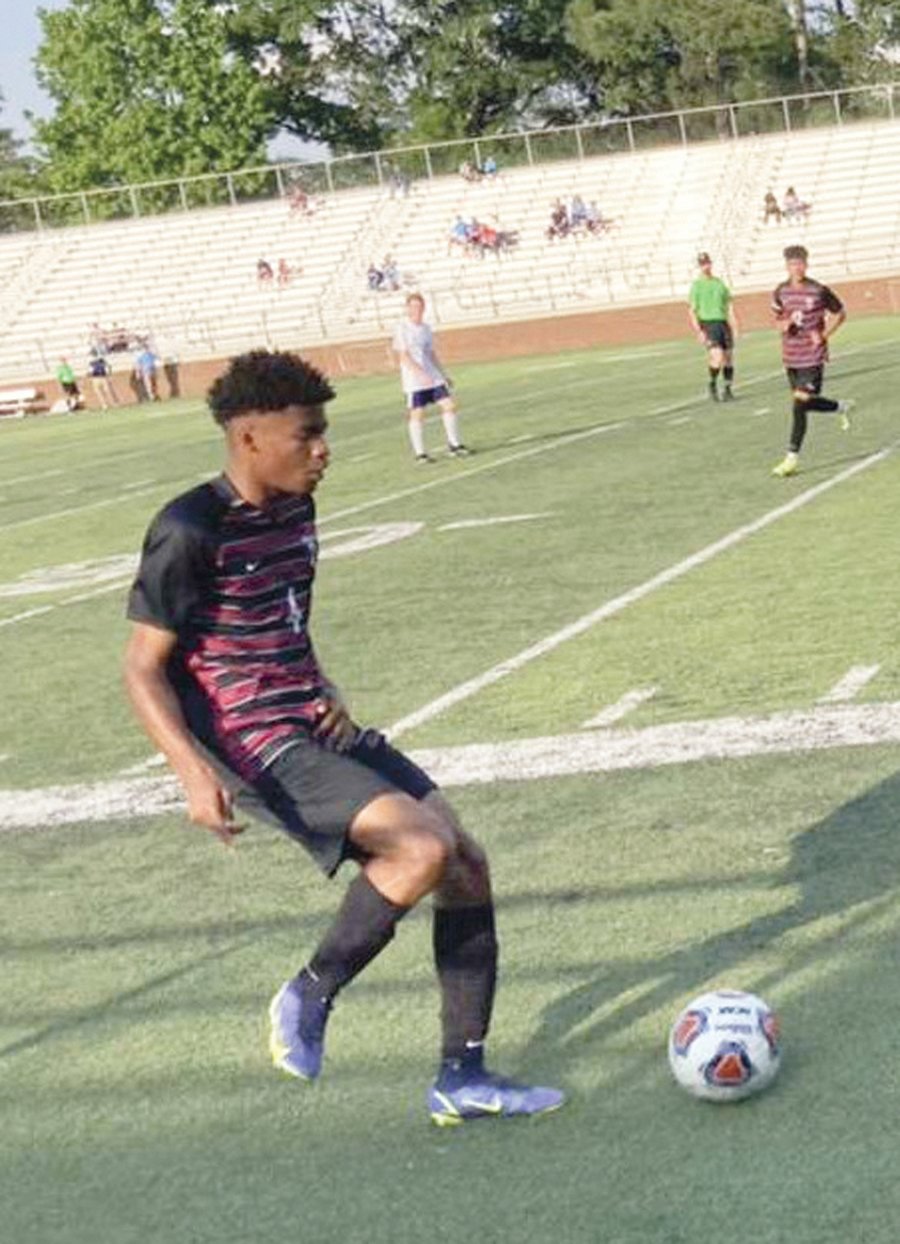 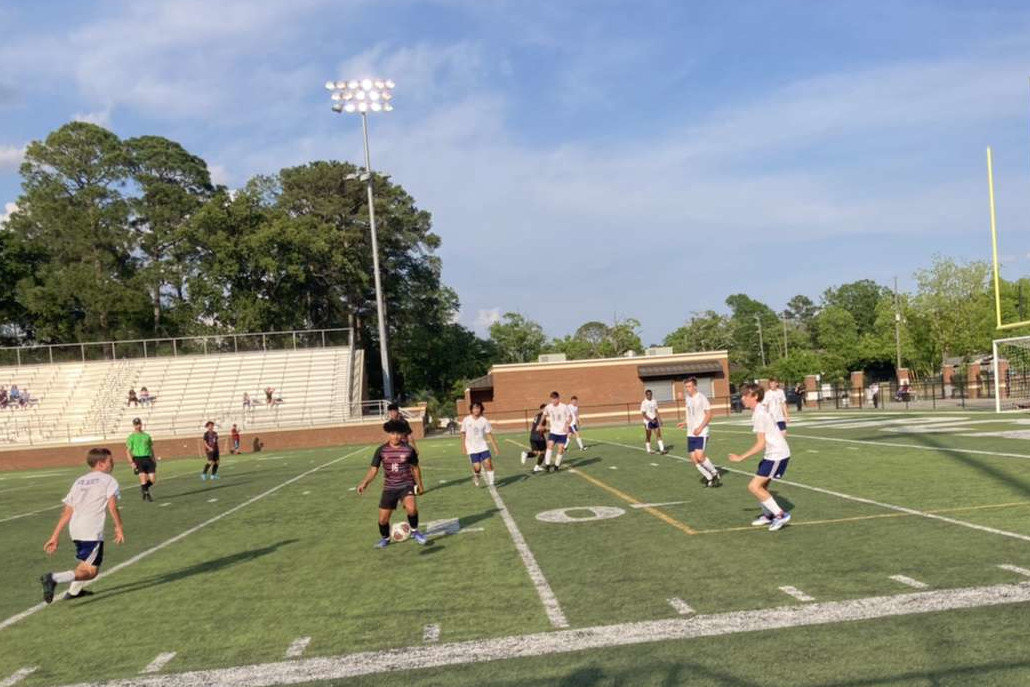 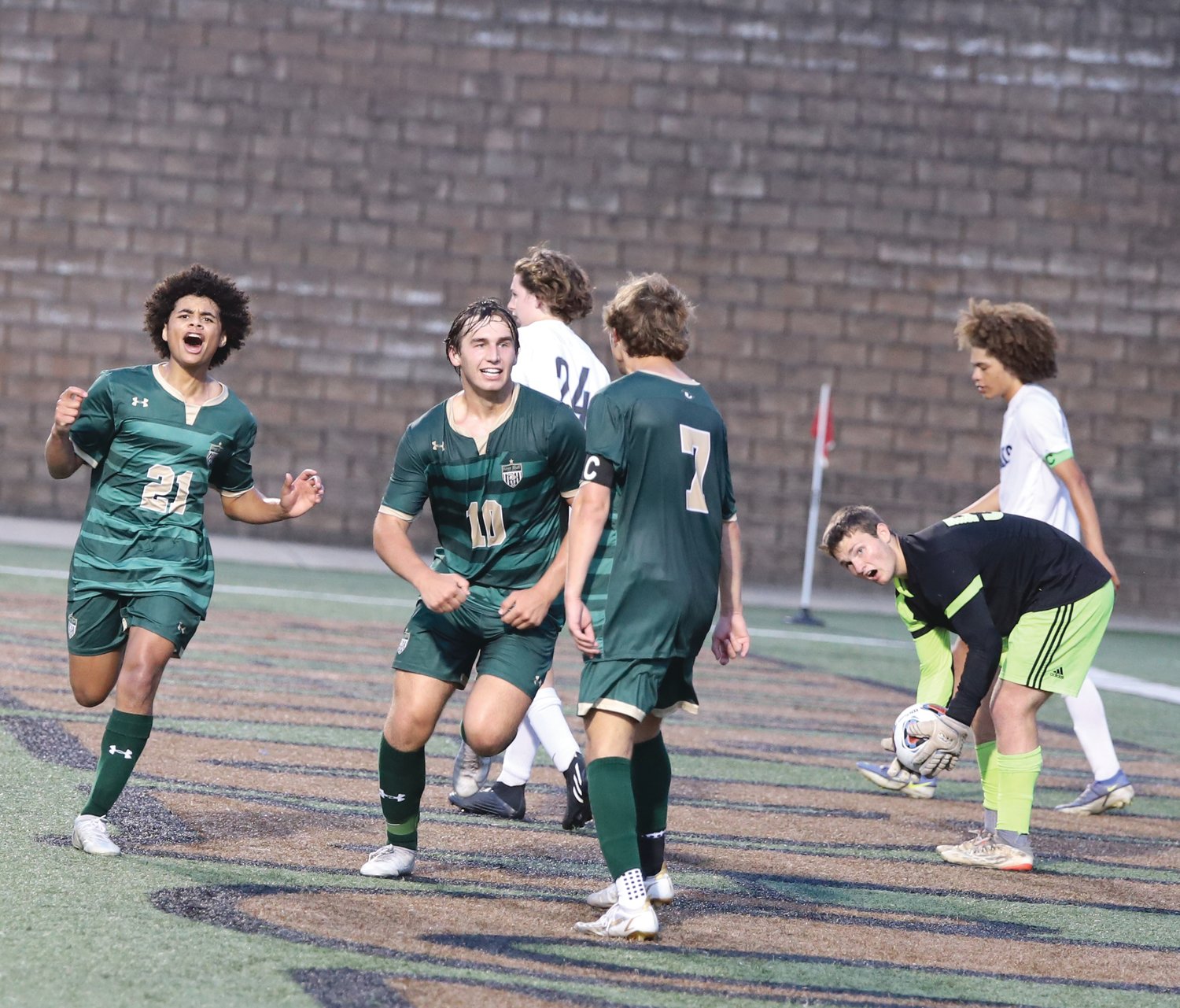 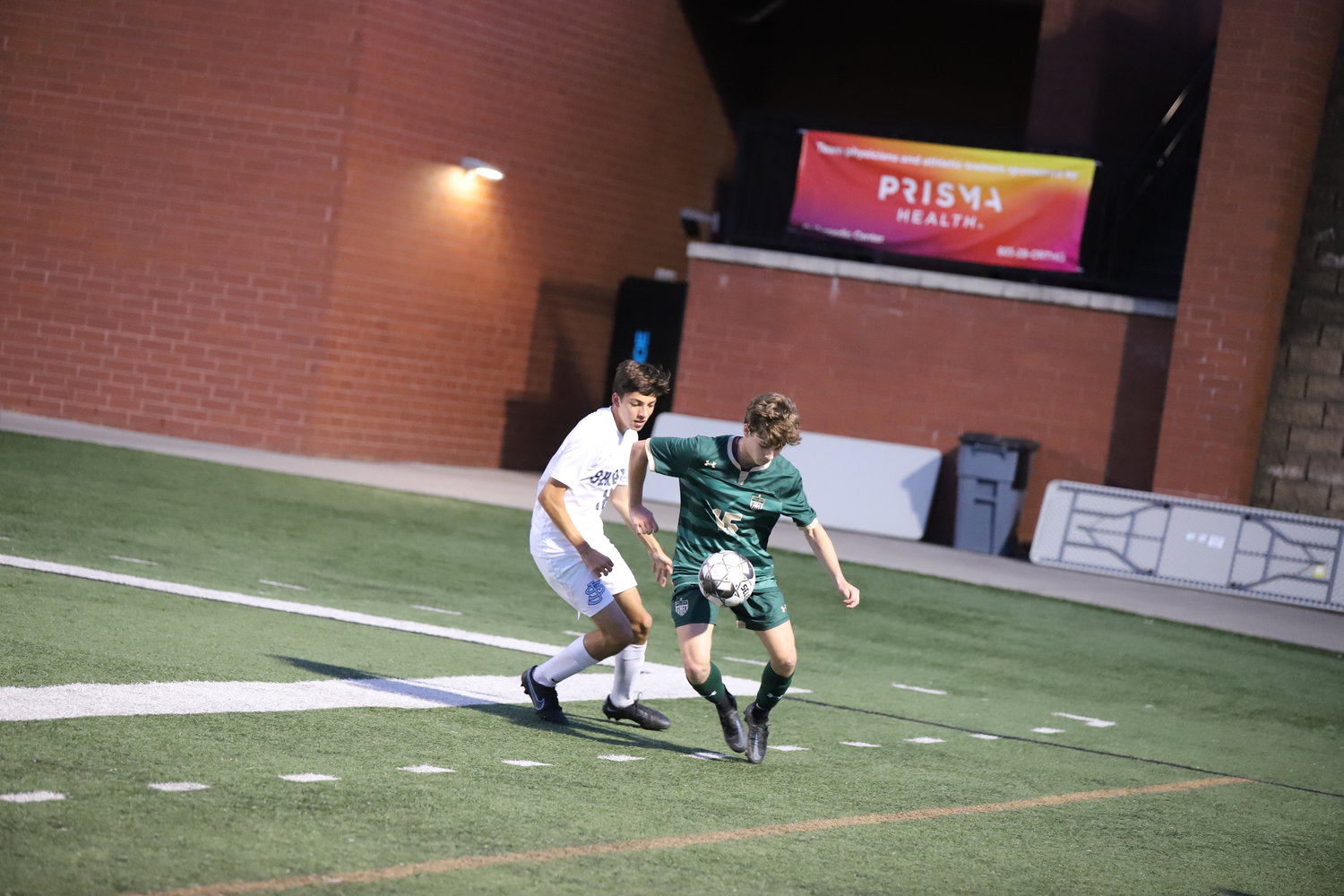 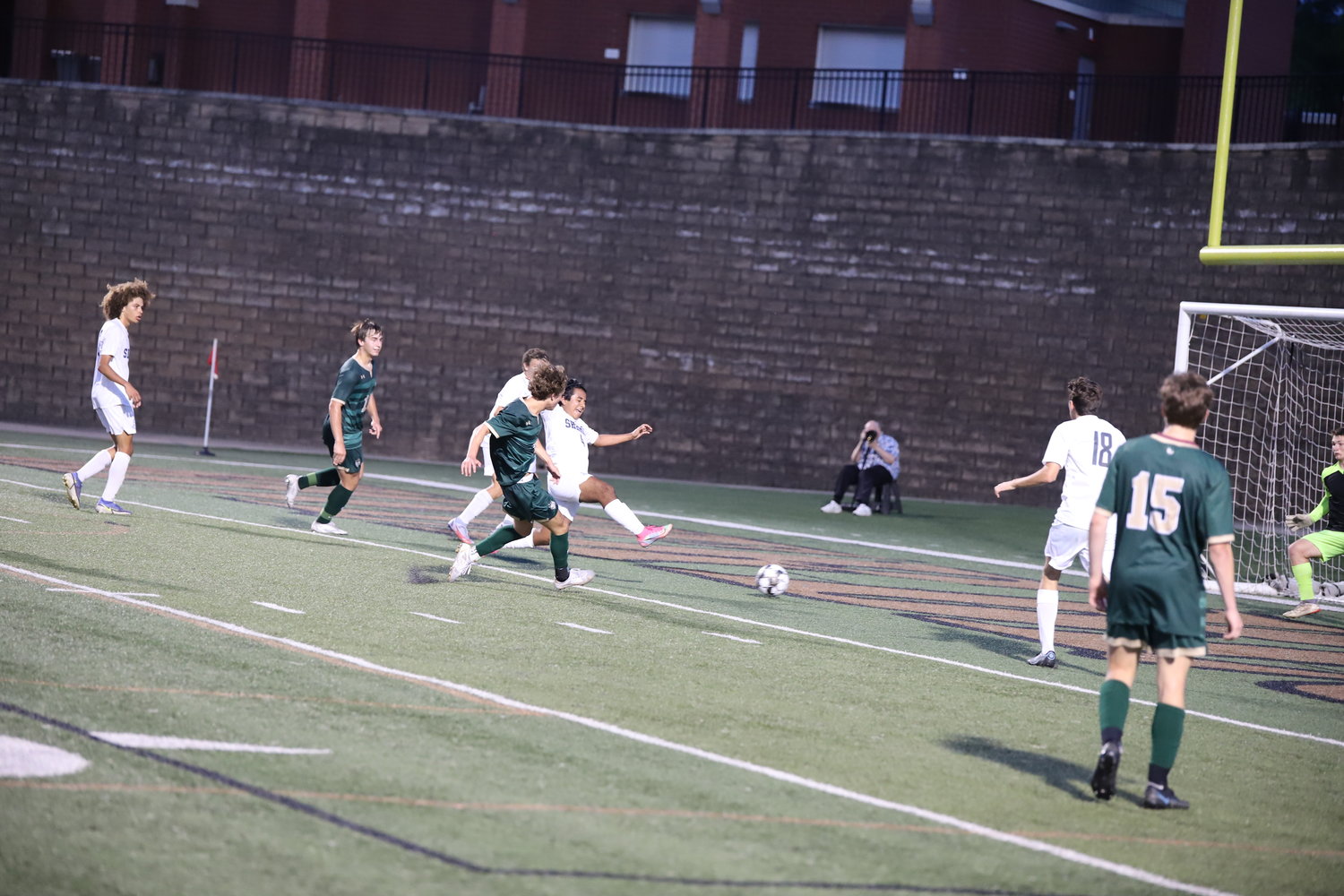 It's about physicality and mentality and if we win those two categories, we'll be playing a third round.”
River Bluff boys soccer coach Phil Savitz on Wednesday's second-round matchup with Wando.
High School Spring Sports Playoff Schedule

While Brookland-Cayce successfully opened defense of its Class 3A title, it was even more perfect Monday for all four Region 5-5A teams Chapin, River Bluff, Lexington and Dutch Fork all all won its first-round matches.

Defending 3A State soccer champs Brookland-Cayce cruised to a win over Aynor in high school soccer at Fort Knox.

"I'm proud of the way this team responded in the second half," Brookland-Cayce head coach Matt Drapeau said. "They fought through the opposition and scored a decisive victory."

With the win, the Bearcats will next play host to Academic Magnet Wednesday.

Brookland-Cayce wasted no time getting on the scoreboard against the Blue Jackets in the first round of the SC High School League Class 3A boys soccer playoffs.

The Bearcats' Eduardo Membreno scored with 31:18 left in the first half to put the Bearcats up 1-0. Less than 2 minutes later, at the 29:51 mark, Membreno scored again, to give BC a 2-0 lead over the Blue Jackets.

With 26:10 left in the first, Angel Reyes punched in a goal to give Brookland-Cayce a 3-0 lead.

Thanks to a tenacious Bearcat defense, Aynor failed to get on the scoreboard.

Lawton Powers added another goal for Brookland-Cayce at the 27:20 mark of the second half. About 5 minutes later, Duncan scored his second goal of the game, to put BC up 7-0.

Jose Madrid got into the scoring act with 12:54 left and scored again for Brookland-Cayce with 4:27 left for the final count.

The loss ended the season for Aynor (6-9) the fourth-place finisher from Region 7-3A.

For nearly 52 minutes, the Sharks' goalkeeper Darin Hobsen made it difficult for the host team Gators to score.

Several potential scoring opportunities were saved by the junior to help keep the game scoreless through one half.

River Bluff eventually found an opening on two entry passes by J.J. Burns and Jackson Collins to set up second half goals. With Charlie Godwin equally stingy in goal for the Gators, it was more than enough to advance them to the second round.

"I don't think we gave up a shot in the whole first half," River Bluff head coach Phil Savitz said. "Probably 10-12 good chances ourselves and we're at halftime talking about a 0-0 game. Not the way we drew it up, but in the end, it ended the way it needed to."

Awaiting the visiting Gators Wednesday in Mount Pleasant are familiar nemesis Wando. The Warriors have won five straight and seven of the nine meetings in the series.

They are also 3-1 in playoff matchups with River Bluff, the last one in 2019.

"It's like any other game," Savitz said. "You've got to take advantage of your chances and you've got to limit to the best of your ability what they do well. It's about physicality and mentality and if we win those two categories, we'll be playing a third round."

Josh Welch scored off the assist by Lance Greenlee with 20 minutes left to give the fourth seed Silver Foxes the win over the top seed Panthers.

Dutch Fork travels to Fort Dorchester for the second round. It's the first playoff meeting between the two schools in a boys sport this academic year.

Frankline Spires, Kenny Kwitzera and Christian Vallejo all scored for the Wildcats in their first-round road victory.

The Eagles will play host to Stratford, a 2-1 overtime win over West Ashley.

The Indians advance to the second round of the Class 3A playoffs Wednesday. They will play at Oceanside Collegiate Academy.

The Panthers will travel to St. Joseph's for the second round Class 2A playoffs.

The Knights will travel to the loser of Tuesday's game between Dorchester Academy and Holly Hill Academy on Wednesday in an elimination game.