Three unanswered goals in the final minutes gave Chapin a 12-11 victory over Lexington to clinch the Class 5A District 4 boys lacrosse title. 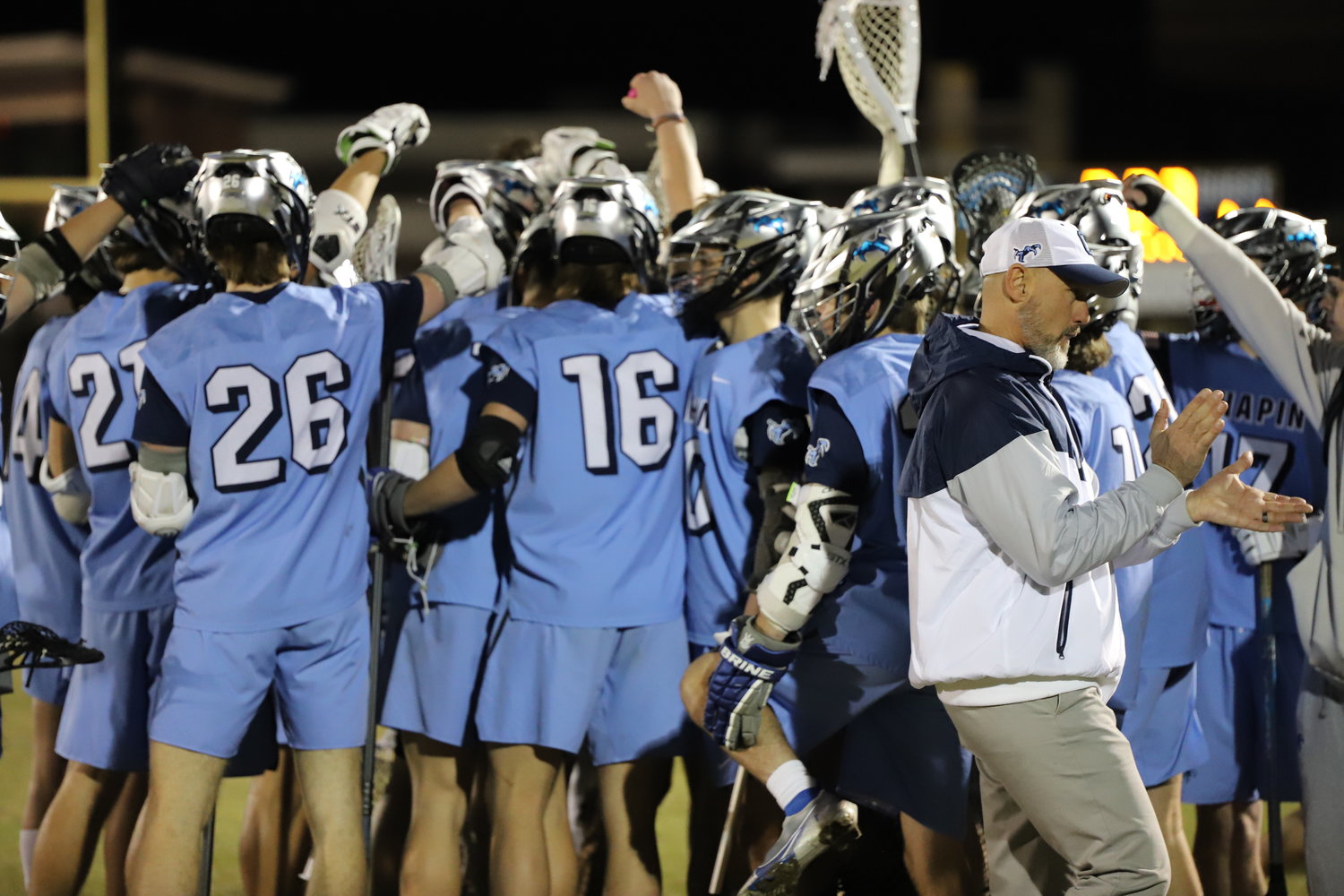 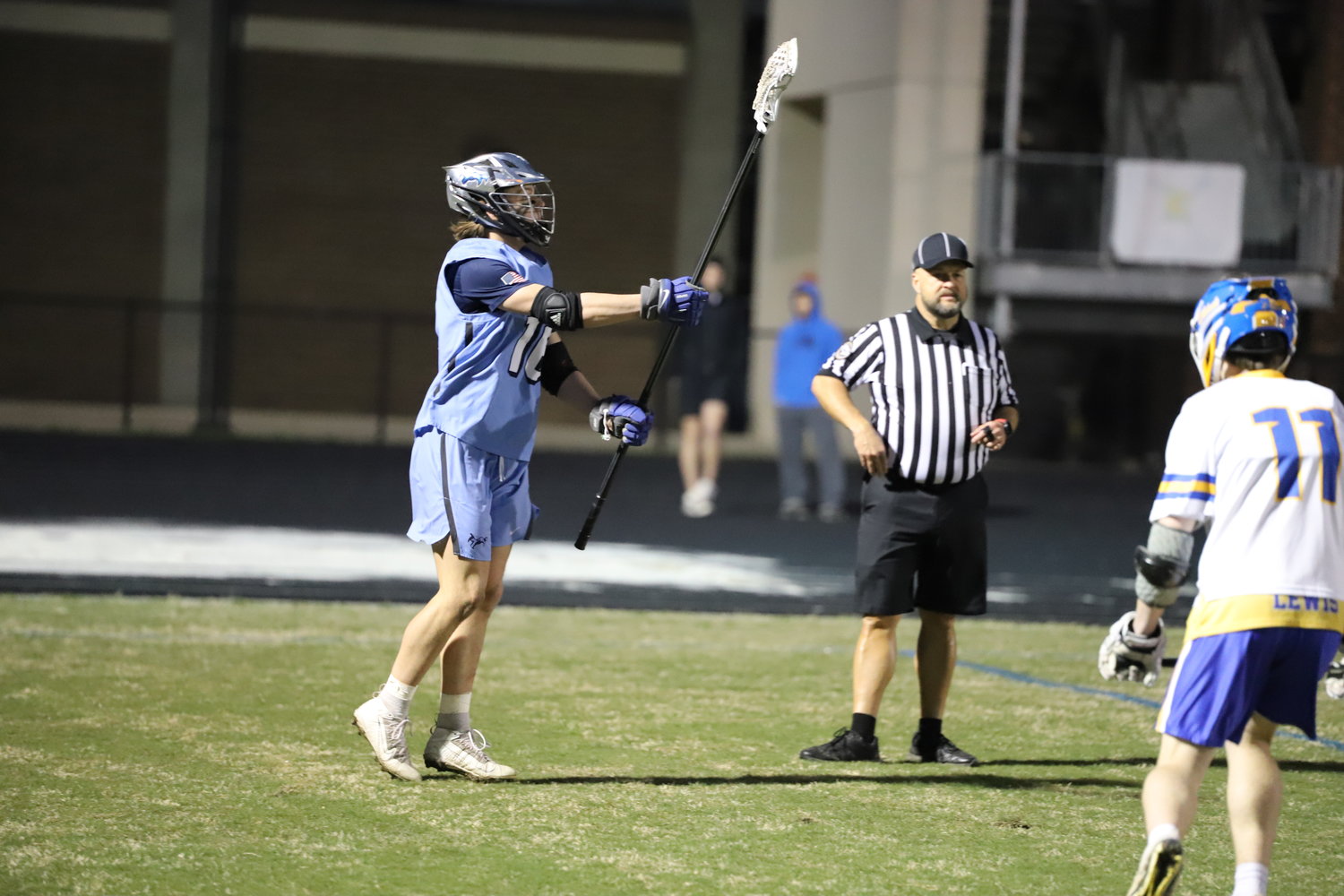 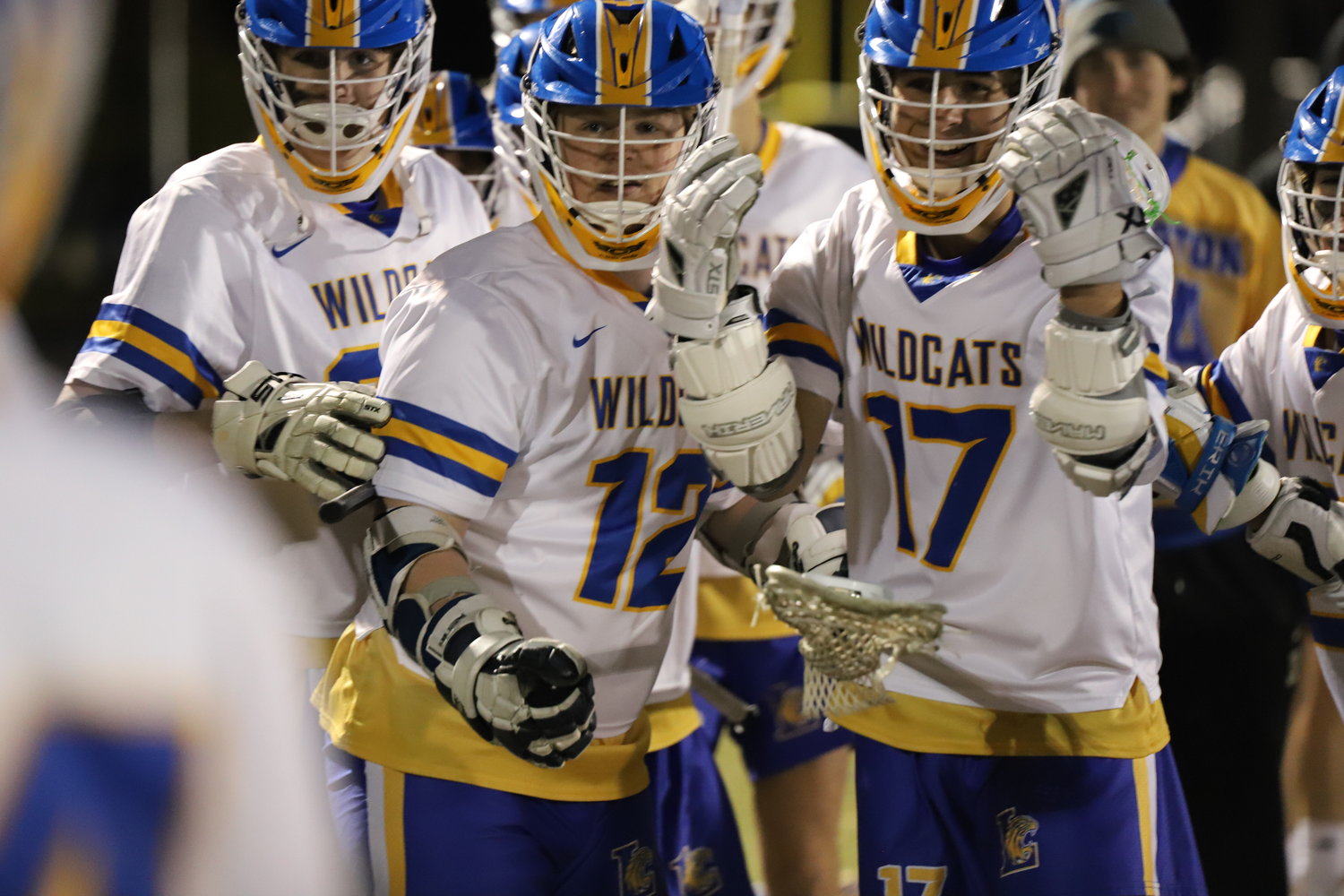 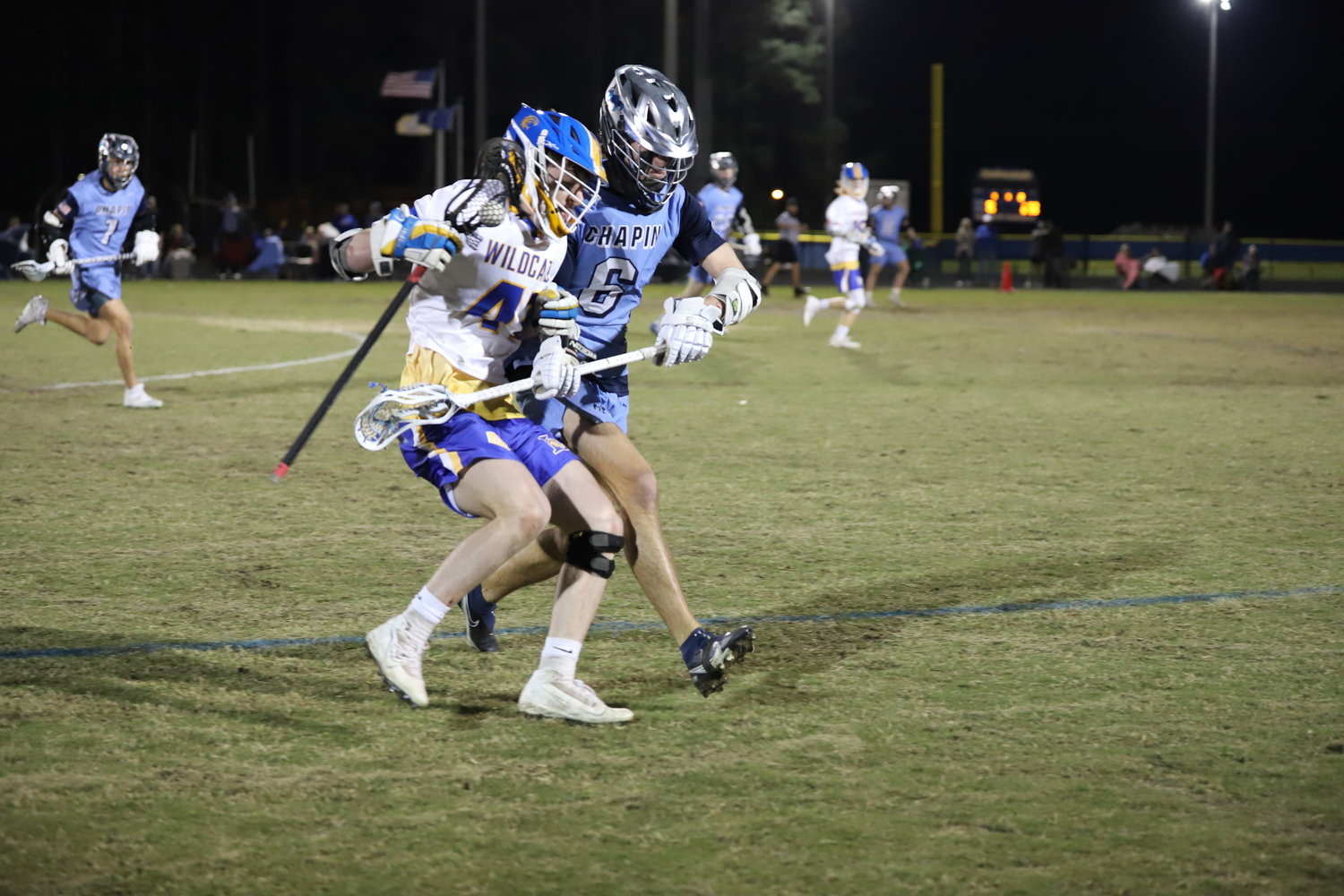 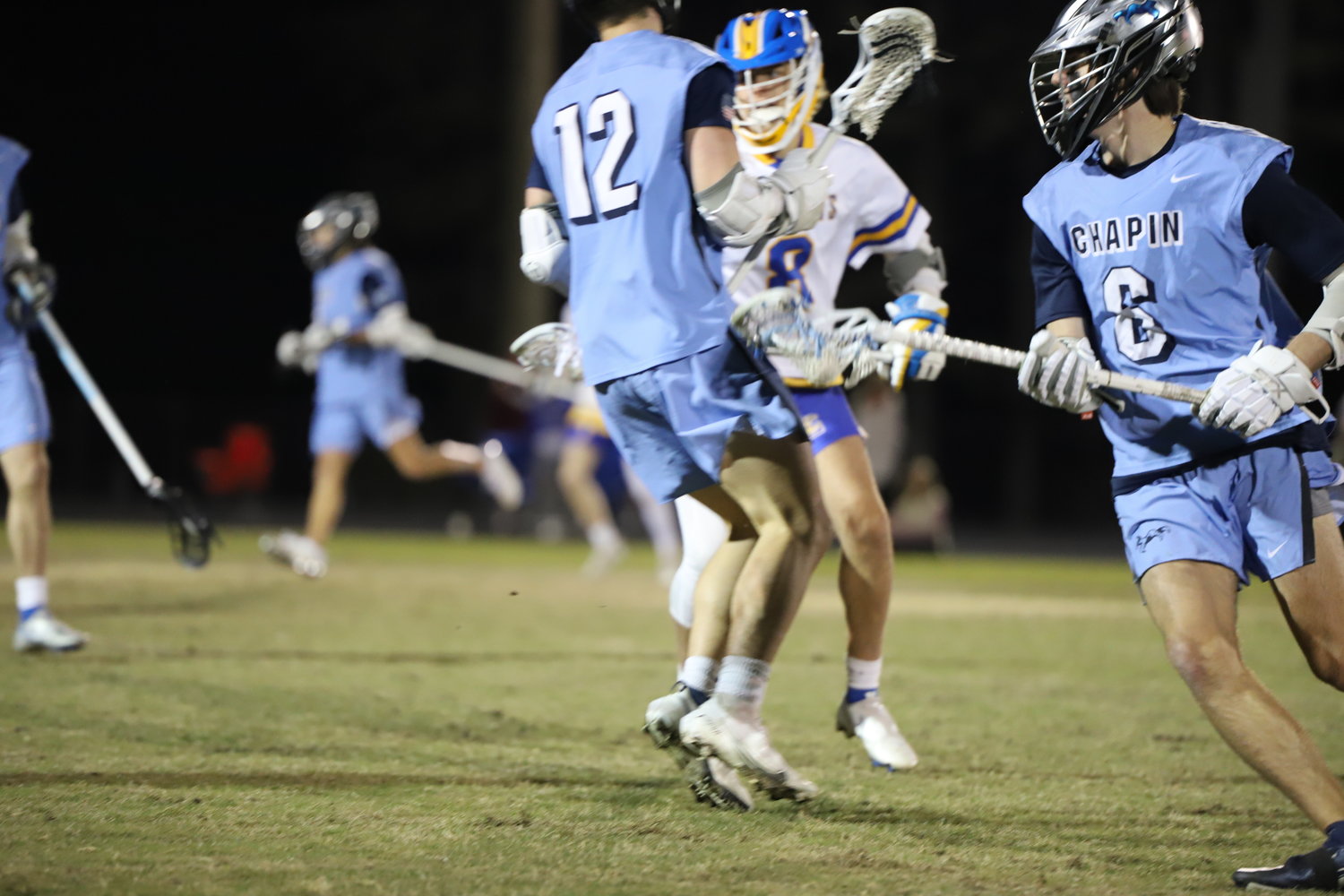 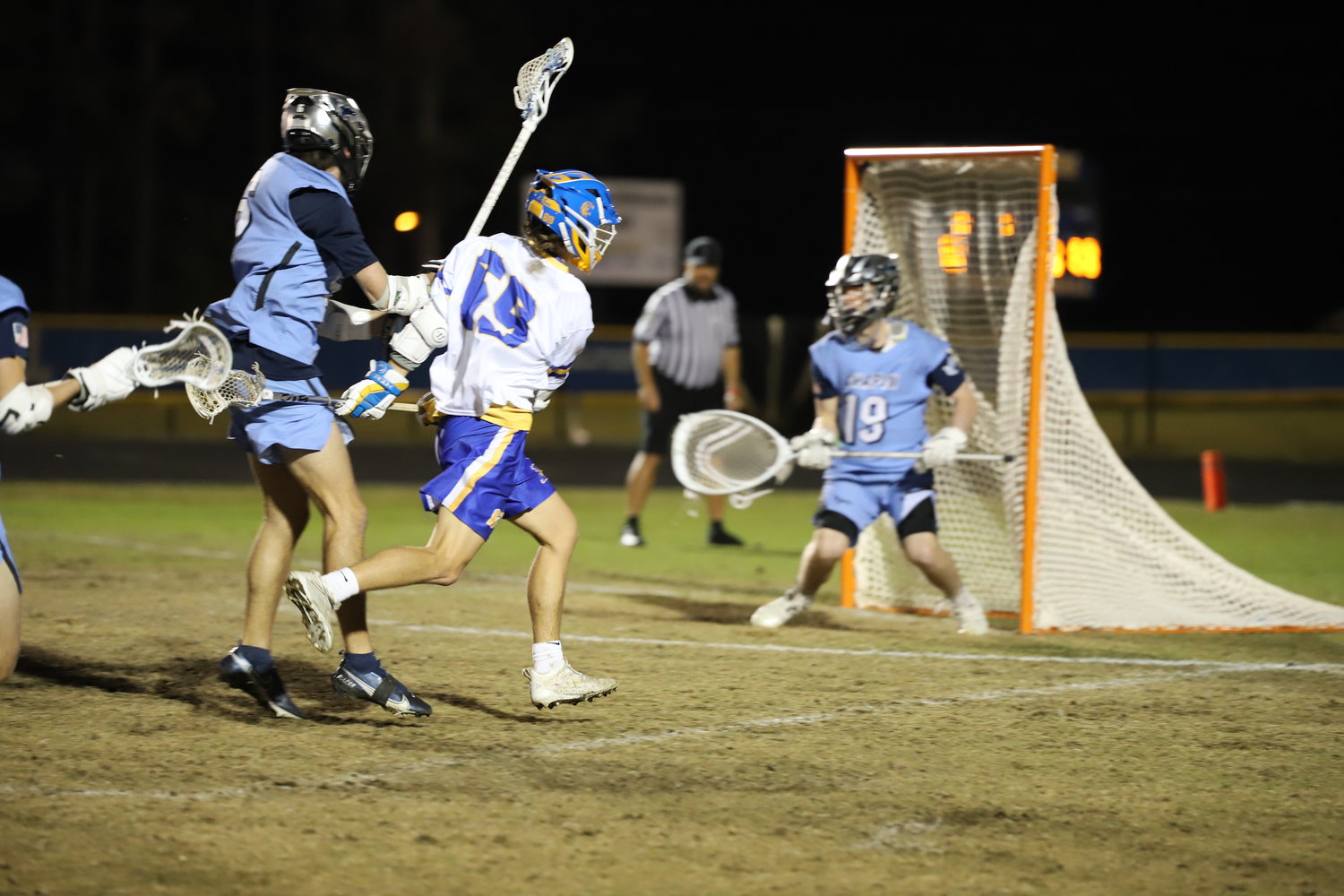 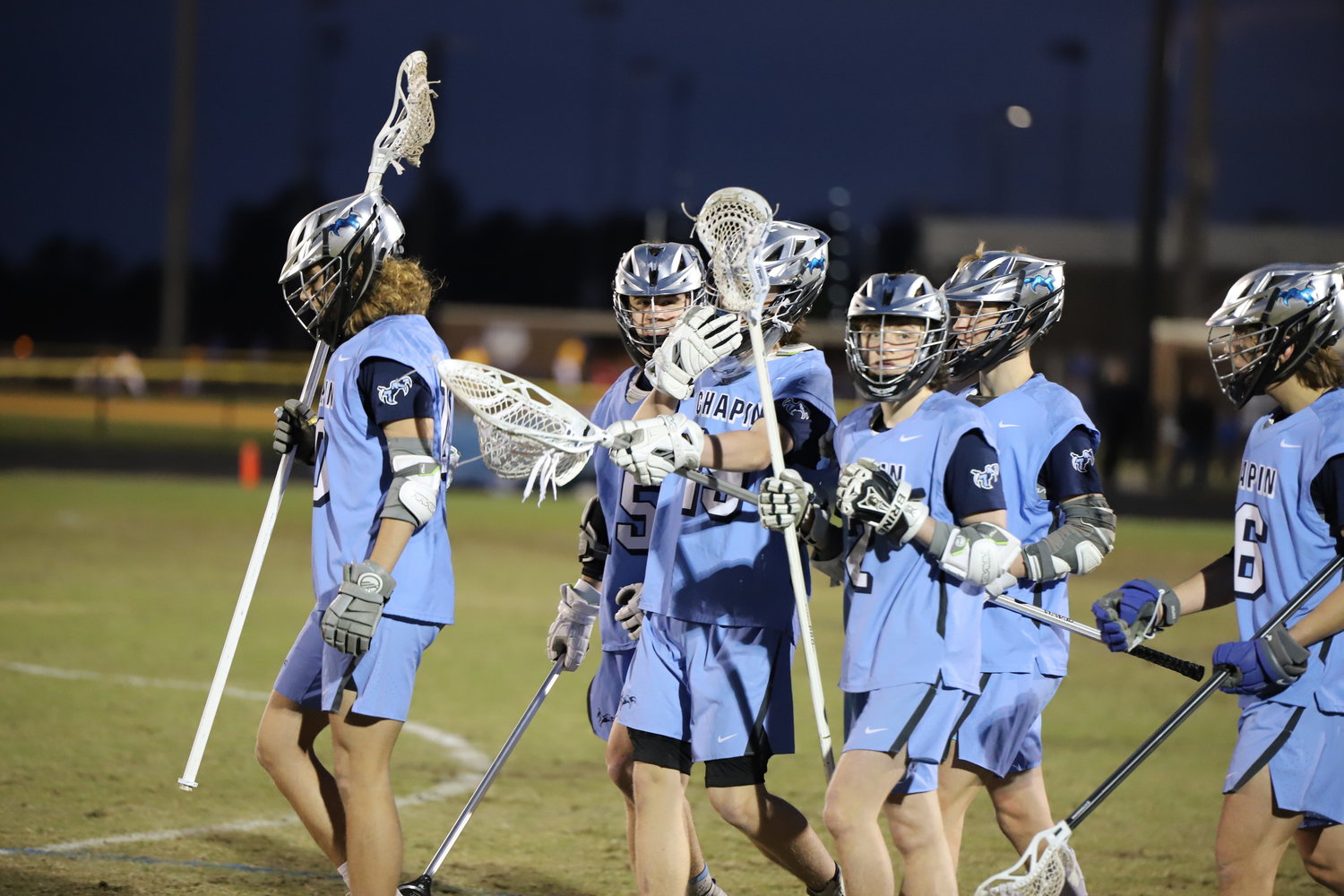 They came out and scored three. That's what we needed. I'm so proud of these boys. Very so proud of them.”
Chapin boys lacrosse head coach Jeff Mirgon on his team scoring three unanswered goals in the final minutes of the fourth quarter against Lexington.
S.C. Baseball Coaches Association Top 10 Polls

For the second straight year, the Chapin lacrosse team managed to damper Lexington's regular season plans.
After handing the Wildcats their lone District 3 loss a year ago, the Eagles came away with the District 4 title on their homefield Friday night.
The 12-11 win came in regulation at Wildcat Field as Chapin scored the final three goals of the match. After trailing Chapin 7-3 at halftime, Lexington outscored the Eagles 4-0 in the third quarter and used five unanswered goals to take an 8-7 lead.
"When we move the ball, we're effective," Chapin head coach Jeff Mirgon said. "They were outhustling us and I said, 'Calm down.' I said, 'Listen guys. Let's reset.'"
Chapin's first goal of the second half with 9:10 left tied the match at 8-8. Lexington added two goals to their lead before the Eagles scored to make it 10-9.
Lexington's final goal with 5:15 left gave it an 11-9 lead. A pair of Chapin goals within 35 seconds of each other tied the match at 11-11 and the Eagles took the lead with 1:40 left.
Chapin managed to run out the final seconds, setting off an on-field celebration.
"Came out a little flat in the third," Mirgon said. "They wanted to ball more and we had to battle back at the end of the fourth. We talked about all year about having heart, hustle, effort, attitude, teammate. Called that last timeout, I challenged them. I put it to them. They came out and scored three. That's what we needed. I'm so proud of these boys. Very so proud of them."
The Eagles (11-3, 6-0) close out the regular season Monday at Eastside. Lexington plays host to J.F. Byrnes Saturday and closes out the regular season Tuesday at home against White Knoll.
Depending on the outcome of the match with White Knoll, the Wildcats (8-4, 6-0) will finish either tied for second with Dutch Fork or tied for third with River Bluff.
Based on the head-to-head tiebreakers, Lexington is slotted as a third seed for the Class 5A playoffs regardless of Tuesday's result.

Skylar King went 2-4 with four RBI and a home run and struck out five as the second-ranked Bearcats remained undefeated in Region 5-3A.
Ty Marshall went 4-4 with two RBI and a home run to lead the Bearcats (8-0, 6-0). They return to action Tuesday at Blythewood High School where they face Lexington in the opening round of the South Carolina Diamond Invitational.

Blaine Redmond struck out eight of the nine batters he faced Friday and Kendrick Wright and William Eshaak both drove in two runs for the second-ranked War Eagles.
Blake McKoy and Triston Hamilton both had two hits and an RBI for Gray Collegiate in Game One.

Drew Young went 2-2 with four RBI and struck out four to lead the War Eagles to the doubleheader sweep and clinching the Region 3-2A title.
William Eshaak had three hits and Blake McKoy and Triston Hamilton both drove in two runs for Gray Collegiate (17-2, 8-0). Up next is the Forest Acres Classic starting Monday for the War Eagles against Nation Ford at 2 p.m.

Julian Scott drove in three runs and Dylan Williams went 2-4 with a home run and two RBI in the loss by the Yellow Jackets.

Marlena Perez struck out nine and she, Lexi Winters and Mackenzie Organ all had two hits and an RBI for the Lady Timberwolves.
White Knoll (14-5, 3-1) returns to action April 19 at home against Region 5-5A front-runner Lexington. Dutch Fork (5-8, 0-5) plays host to Chapin on the same date.

Lauren Ansell scored twice and Olivia Pitillo had two assists and a goal as the Lady Indians moved within a game of clinching the Region 5-3A title.
Gilbert (11-4, 7-0) returns to action April 19 at home against Strom Thurmond.

Jessie Brandenburg scored twice and Logan Kitts opened the second half with a goal to lead the Lady Wildcats.
Lexington (10-3-2, 3-3) returns to action April 19 at home against Providence Athletic Club.

David Liboyi and Ryan Villarosa both scored for the Silver Foxes in the loss to the Eagles.
Chapin (11-3-1, 5-0) returns to action April 19 at home against White Knoll. Dutch Fork (3-6-3, 1-4) travels to River Bluff on the same date.