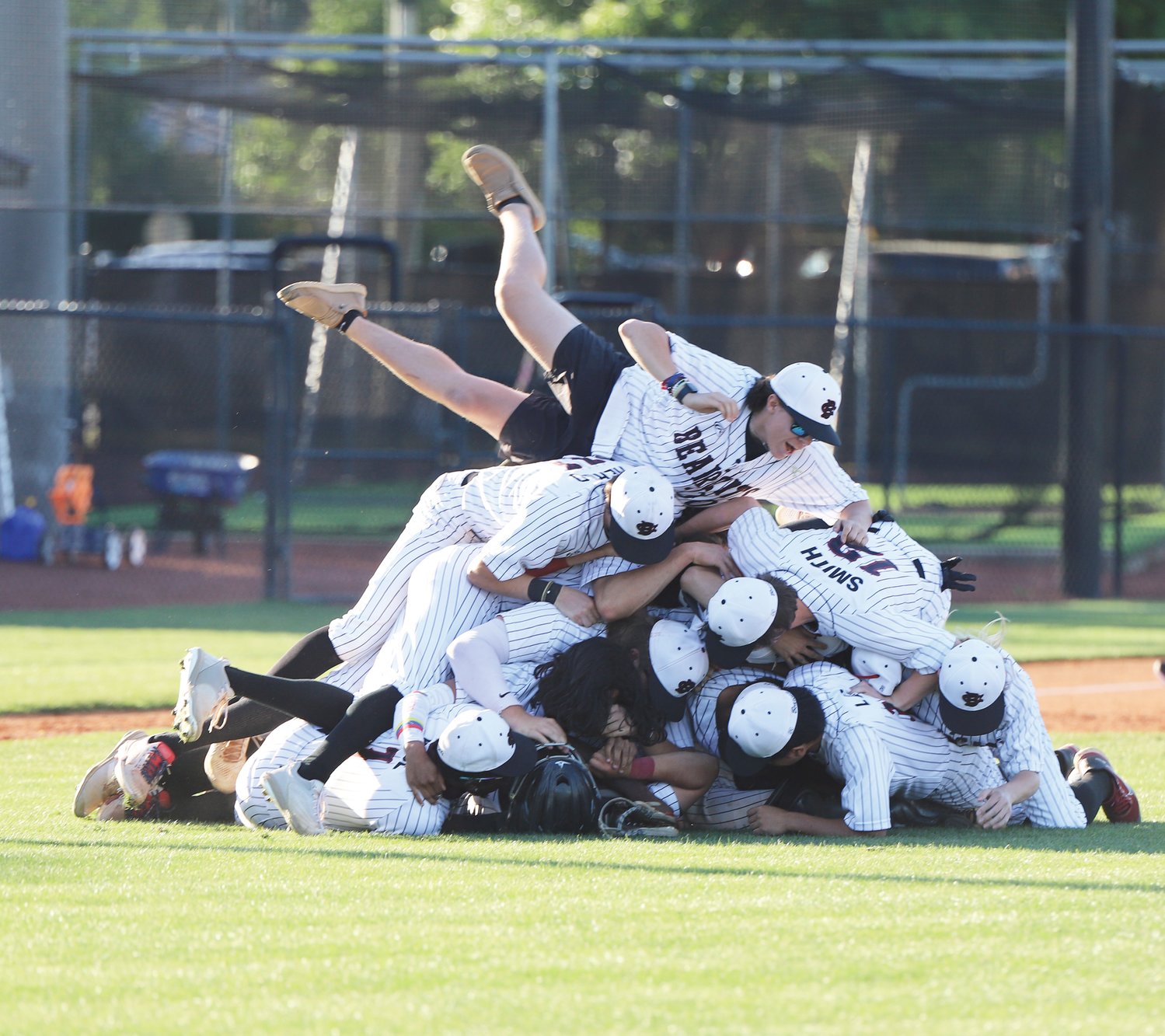 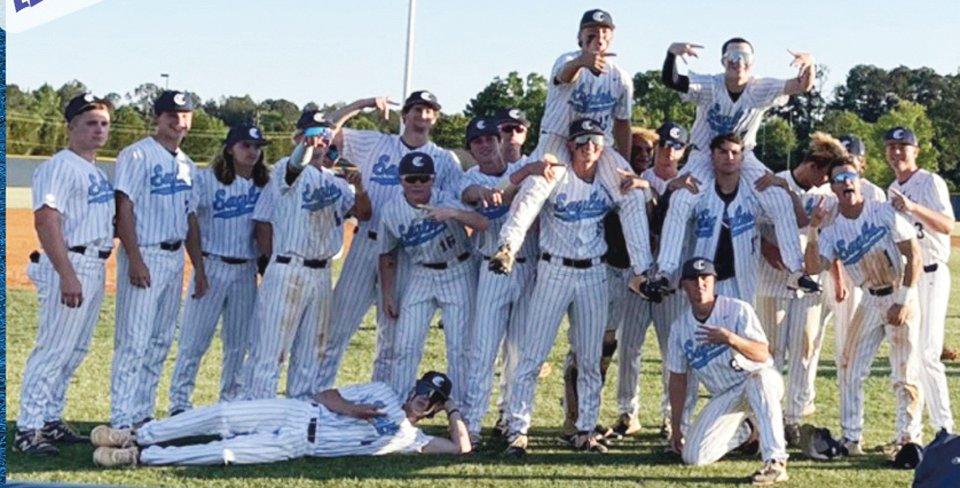 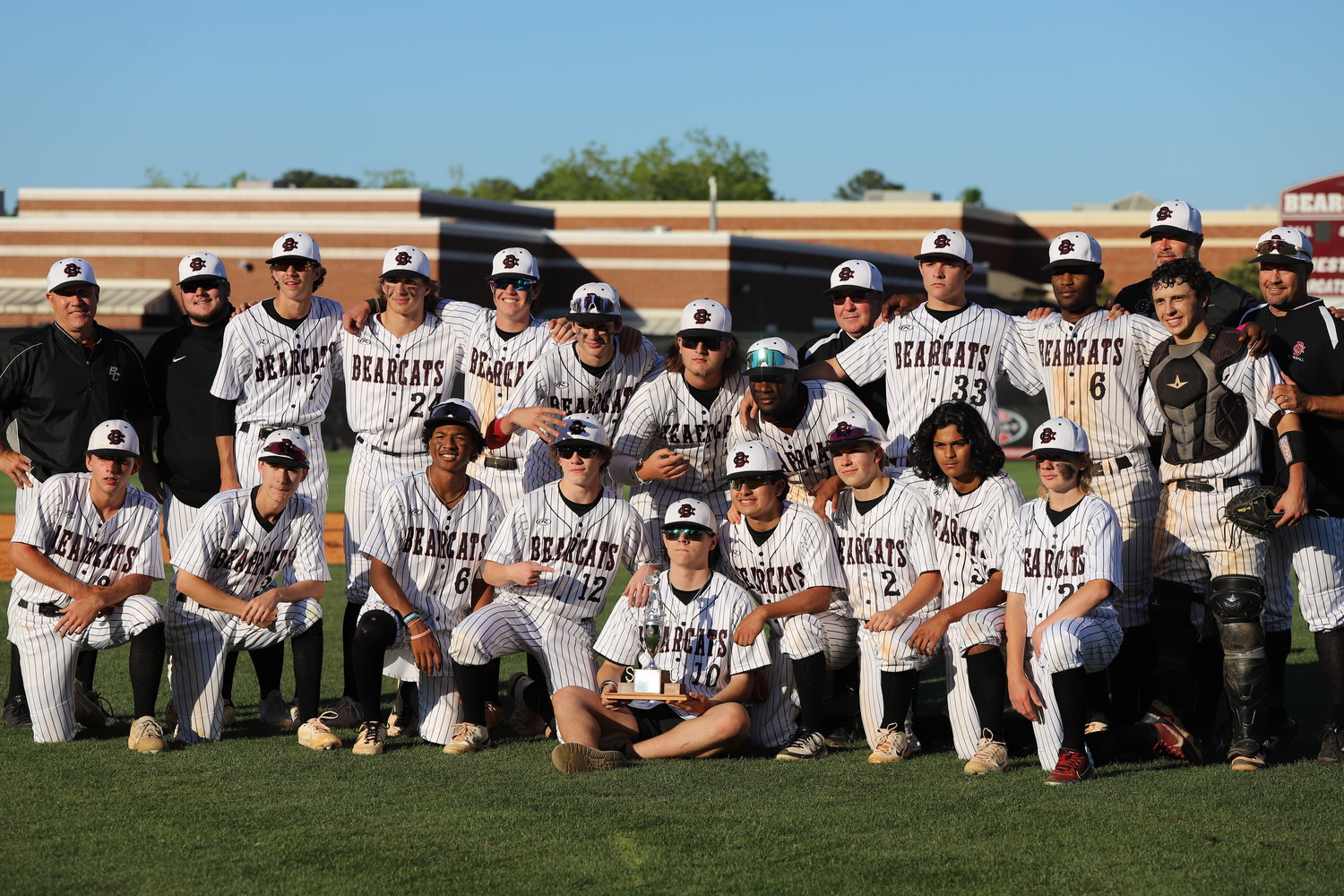 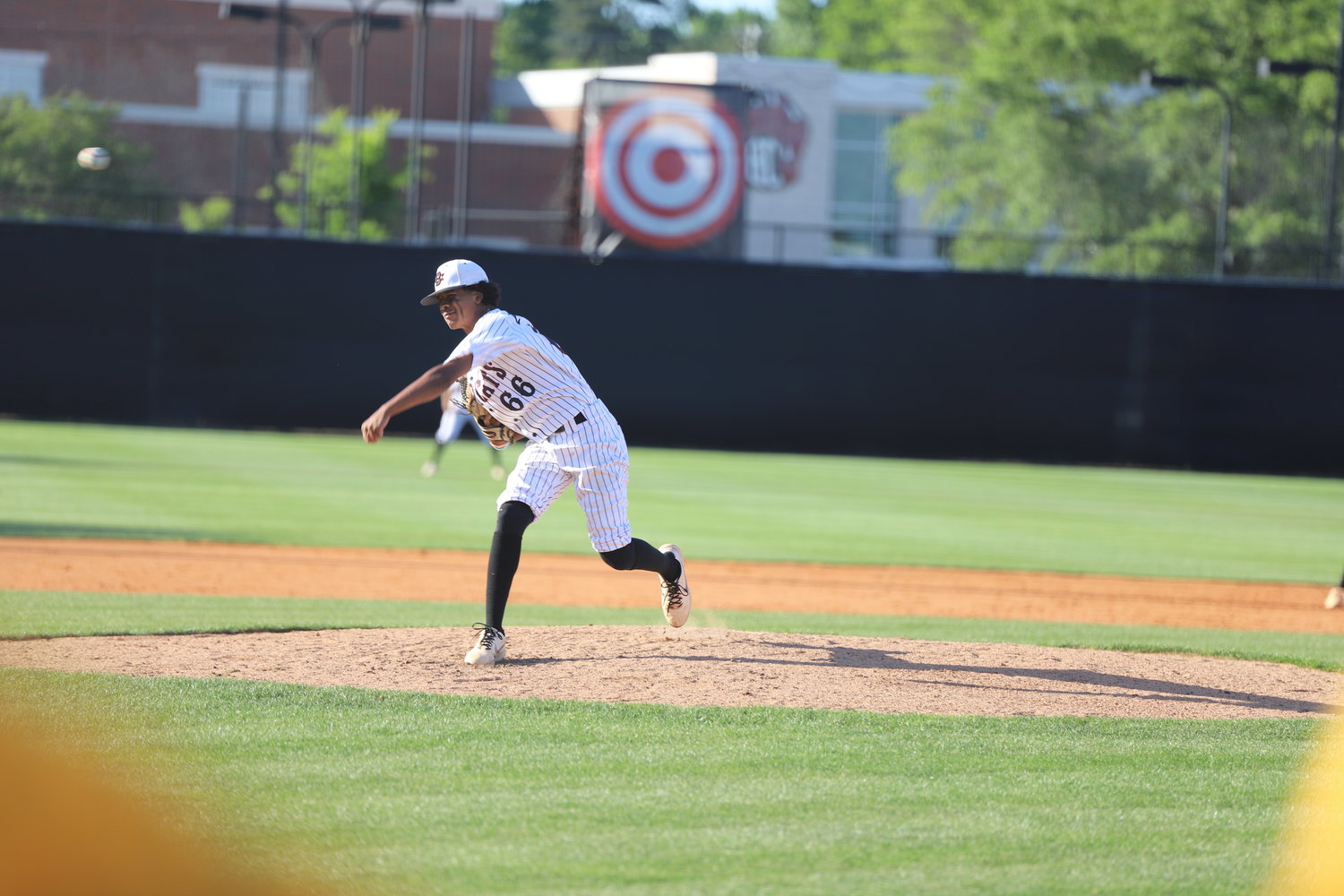 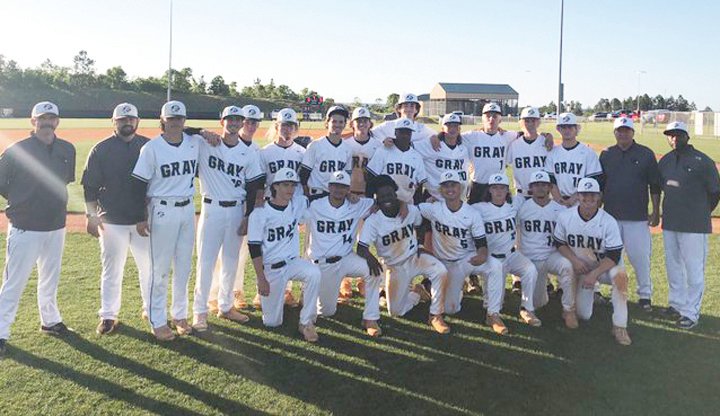 The Gray Collegiate baseball team after winning the Class 2A District title.
Provided 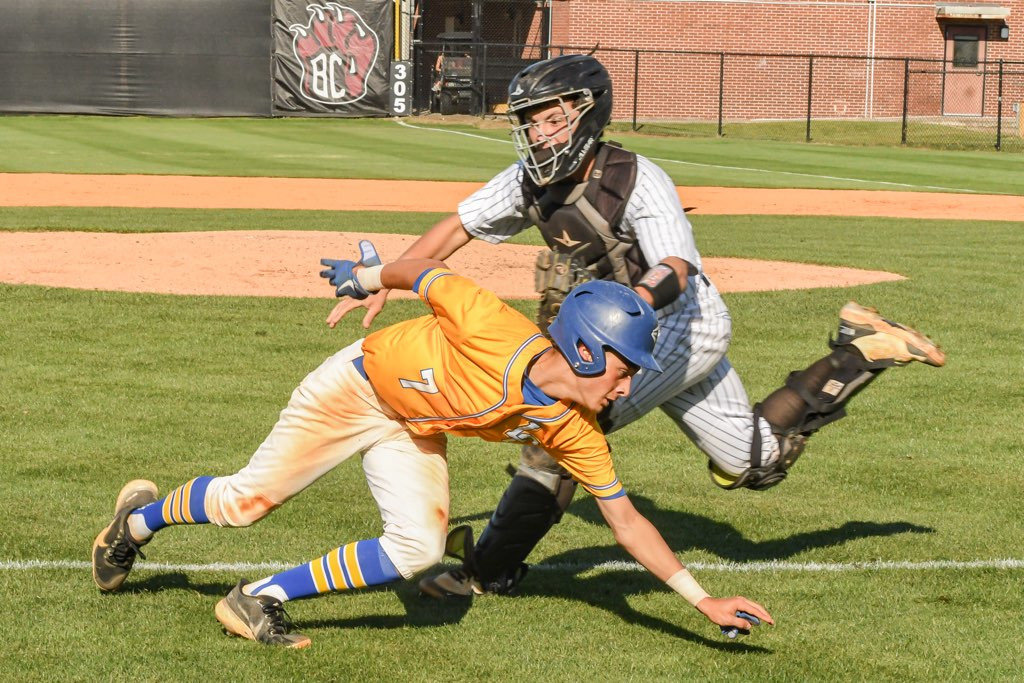 Monday saw its share of May Madness in high school baseball and softball.

By the time the final out was recorded in the last game played, there were six Lexington County teams moving a step closer to the state finals.

Airport, Brookland-Cayce, Chapin, Gilbert, Gray Collegiate and Lexington baseball all prevailed in its respective district finals. The Bearcats, Eagles and War Eagles needed just one game to advance in Classes 3A, 5A and 2A, respectively.

The road turned more perilous for the Eagles and Wildcats after dropping Game One in their district finals. Both teams regrouped behind strong pitching efforts in Game Two to earn trips to the Lower State playoffs.

The Indians found themselves with a more uphill battle. They were on the road needing two victories to make it back to the Lower State.

The defending Class 3A champions showed that mettle with two lopsided five-inning victories in which they outscored Lakewood 32-2.

The 2022 seasons did end for Dutch Fork, Pelion and River Bluff baseball and Pelion and Swansea softball. While the Silver Foxes, Panthers and Gators forced a deciding game on the road, the Lady Panthers and Lady Tigers were eliminated following Monday losses.

A two-run home run by John Paul Forrester and three-run homer by Corbin Wright accounted for all the offense for the Eagles in the Game One defeat.

Blake Palyok had a two-run home run in the bottom of the first inning and Tyler Dasher added an RBI singles in the fifth inning for the Eagles.

"It's really something that kind of started about five, six year ago," he said. "One of the goals I had as the athletics director here was that I needed all the coaches to buy in, kind of like the old school days where the coaches coached everything, we all pulled for each other. I didn't want any coaches putting fences up around kids. We have a lot of kids."

He pointed how key players like pitcher B.J. Etheridge, who struck out six in six innings, and Jordan Wise, who had two RBI, have contributed to the team's first District title since 2013.

Add the support each of the programs seem to provide each other as seen with the boys soccer team in attendance prior to its Lower State final and Charpia believes the "family" atmosphere is thriving at Brookland-Cayce.

The Citadel commit pitcher Yates Bland struck out 11 and allowed just five hits in leading the Eagles to the Class 5A District title.

Chapin trailed 1-0 when Matthew Lively tied the game in the bottom of the third inning with a RBI single and Caden Reeves drew a bases loaded walk.

After the Panthers tied the game in the top of the fourth, Reeves put the Eagles back in the fifth inning with a RBI single. He then scored on Brock Reeves' sacrifice fly.

Brock Reeves relieved Bland with two outs in the top of the sixth inning. After giving up a walk, he fired the final four batters faced for the save.

Clark Hubbard and Qwinton Bennett each had two-run home runs and Hunter Phipps struck out eight in six 1/3 innings to force a deciding game.

Carson Messina went 4-4 with six RBI, including a two-run homer, and Trae Bunch added three RBI and a two-run home run for the Green Wave.

Dutch Fork led 3-0 at the top of the first inning. Kevin Samonsky scored off an error and Paul Pridgen hit a two-run single.

The Green Wave responded with 13 unanswered runs to win the deciding game.

Jackson Lineberry held the Gators hitless in five innings and the Indians pounded out 17 hits in the Game 1 rout.

For the second straight game, the Indians put together a nine-run inning to close out the Gators on the 10-run 'Mercy Rule'.

Nathan Reynolds and Jackson Lineberry both drove in three runs and Jake Torbett and Dylan Massey both had two RBI. Cooper Burkett struck out three and allowed four hits to take the deciding game victory.

The War Eagles earned a second straight District title as Brent Stukes and Savion Smith both had three hits and two RBI.

The trio of Peyton Starkey, Blake McKoy and Austin Lloyd combined for seven strikeouts in the shutout win.

Andrew McLaughlin's 2-run single in the top of the eight allowed the Swamp Foxes to force a deciding game with the Wildcats.

Braden Fournel went 2-3 with two RBI and a home run and Cole Long and Landon Knight both had two hits and an RBI for Lexington.

Nathan Hall went 3-4 with five RBI, including two of the Wildcats' four home runs in the District title final.

Hall opened the bottom of the first with a two-run home run. Cole Long followed with a sole home run to make it 3-0.

Hall and Long went back-to-back again in the bottom of the third inning. This time, each had an RBI double to extend the lead to 5-0.

After a RBI sacrfice fly by Braden Fournel made it 6-0, the Wildcats closed out the game in the bottom of the fifth. Caleb Warren had a leadoff home run, Gabe Herold hit an RBI double and Hall ended the game with his second, two-run home run.

Despite outhitting the Indians 5-4, the Crusaders committed five errors in the elimination game loss.

Any Gwyn had Northside Collegiate's lone RBI with a triple in the bottom of the fourth inning. Luke Bonsack and Robert McMillan combined for seven strikeouts in the loss.

Jaiden Myers went 2-5 with three RBI and a home run and Noah Pegues went 3-5 with an RBI and struck out seven to help the Panthers force a deciding game in the Class 2A District playoffs.

Jake Herndon struck out eight and Suderian Harrison had a three-run homer to lead the Wolverines to the Class 2A District title.

A walkoff 2-run single enabled the Lady Panthers to rally in the bottom of the seventh for the victory.

They will travel to Crescent Wednesday for the Class 2A Upper State final. Batesburg-Leesville will need two victories to advance to the Upper State playoffs.

The Lady Gators withstood a late comeback by the Lady Sharks to take the lead and advance to the Class 5A District final.

They will travel to Wando Wednesday, needing two wins to advance to the Lower State playoffs.