We're going to get covid-19. Go ahead, you'll survive.

My family went out to eat last night.

We maintained proper distances while ordering, then ate outside distanced from others.

Before we ate, I admonished my son for his …

We're going to get covid-19. Go ahead, you'll survive. 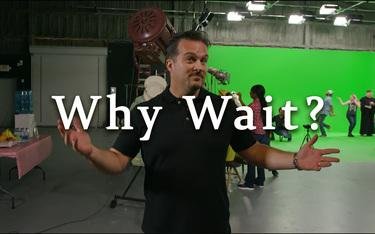 My family went out to eat last night.

We maintained proper distances while ordering, then ate outside distanced from others.

Before we ate, I admonished my son for his lack of discretion. He was touching everything.

After doing the hand sanitizer thing, it dawned on me that even following the basic “rules” was a mistake.

Which leads to me this unfortunate truth:

We’re ALL going to get this thing.

Or the more discomforting truth: we all NEED to get this thing.

We’re changing the norms of society and settling for less than the world we want for no real reason.

What I’m talking about now is ultimately something we need to consider as individuals – albeit collectively.

OK, maybe not ALL of us, but definitely most of us.

That’s the goal when battling ANY virus no matter how deadly or undeadly.

Upwards of 90% – usually 94% or higher – of the population must have antibodies to overcome any viral threat.

This is generally accomplished one of two ways:

1) the virus passes through society

Even the best hopes for a vaccine are targeting the end of the year,

7 months from now, if one is ever developed at all.

Historically, the development of vaccines is lower than a 50/50 success rate.

That means the odds are that we WON’T develop one.

Measles requires 2 shots to get an individual to a 98% protection level.

The alternative is the same as the flu or a cold or any other virus.

It HAS to make its rounds through society until there are enough people with antibodies that the virus has nowhere left to go.

We’re instructed (sometimes forced) to wear masks and distance ourselves “to protect others” they say, particularly the vulnerable.

Developing antibodies (which you’re not going to do wearing a mask and hiding) is how the vulnerable among us are protected.

They are protected by being around people who have antibodies, almost like a protective shield or barrier or immunity buffer.

I have had it explained to me by a doctor that it is also possible to acquire antibodies to a virus without actually “getting it.”

We all need to get this thing. I know that’s an unpleasant thought, and I don’t say it flippantly.

I don’t want the corona virus any more than I want the flu each year but for most of us- t’s not a life or death situation.

If we have strong immune systems (which is the most important thing you can address right now), the virus may have little to no impact at all.

My wife has me taking a cocktail of vitamins and supplements every morning.

I take so many pills of one form or another that I’ve considered pouring them into a bowl with some milk and letting it be my breakfast.

The alternative to getting the virus is waiting.. and hiding.

Waiting for a vaccine that history tells us is unlikely to ever come is not an intelligent panacea for society.

And there is one final kicker that makes the concept of waiting and hoping illogical.

I’m not talking about the need to restart the economy. That’s a given.

I’m talking about “the swap”. We have flattened one curve while spiking many others--other illnesses that are being neglected or untreated.

Poverty. Domestic and child abuse. Suicide. Depression and despair. Lack of education and school meals for those who depend on them.

We’ve swapped the covid 19 curve for all those others.

the obvious question is: what are YOU going to do about this?

Are you going to wait and hope for a vaccine that is at least 7 months away if ever?

Are you going to forego hugs and handshakes and life as you have always known it until then or later?

Are you going to continue to forego weddings and funerals and births and grandkids and cookouts and vacations?

Are you going to hope that the government pays your bills for the next 7 months or longer?

It truly is an either/or situation. Either wait in potential perpetuity for a vaccine or suck it up and brave it out like you would during cold and flu season.

I’m done trying to avoid this thing because I’m only delaying the inevitable.

I’m going to do my part and get this ball rolling.

I’m going to take one for the team and count on my immune system to do what it’s supposed to do .

I’ve only had a flu shot once in my life, yet I’ve only gotten the flu twice.

I’m healthy. My immune system is strong. I’m taking vitamins and supplements to give it an extra boost.

And I’m reclaiming my life.

Unless you plan on living out your life in hiding, you’re going to have to join me sooner or later.

Let’s get on with it.

Cliff Springs is CEO of Genesis Studios in Cayce.