The S.C. High School League Class 5A football title is back in Irmo. 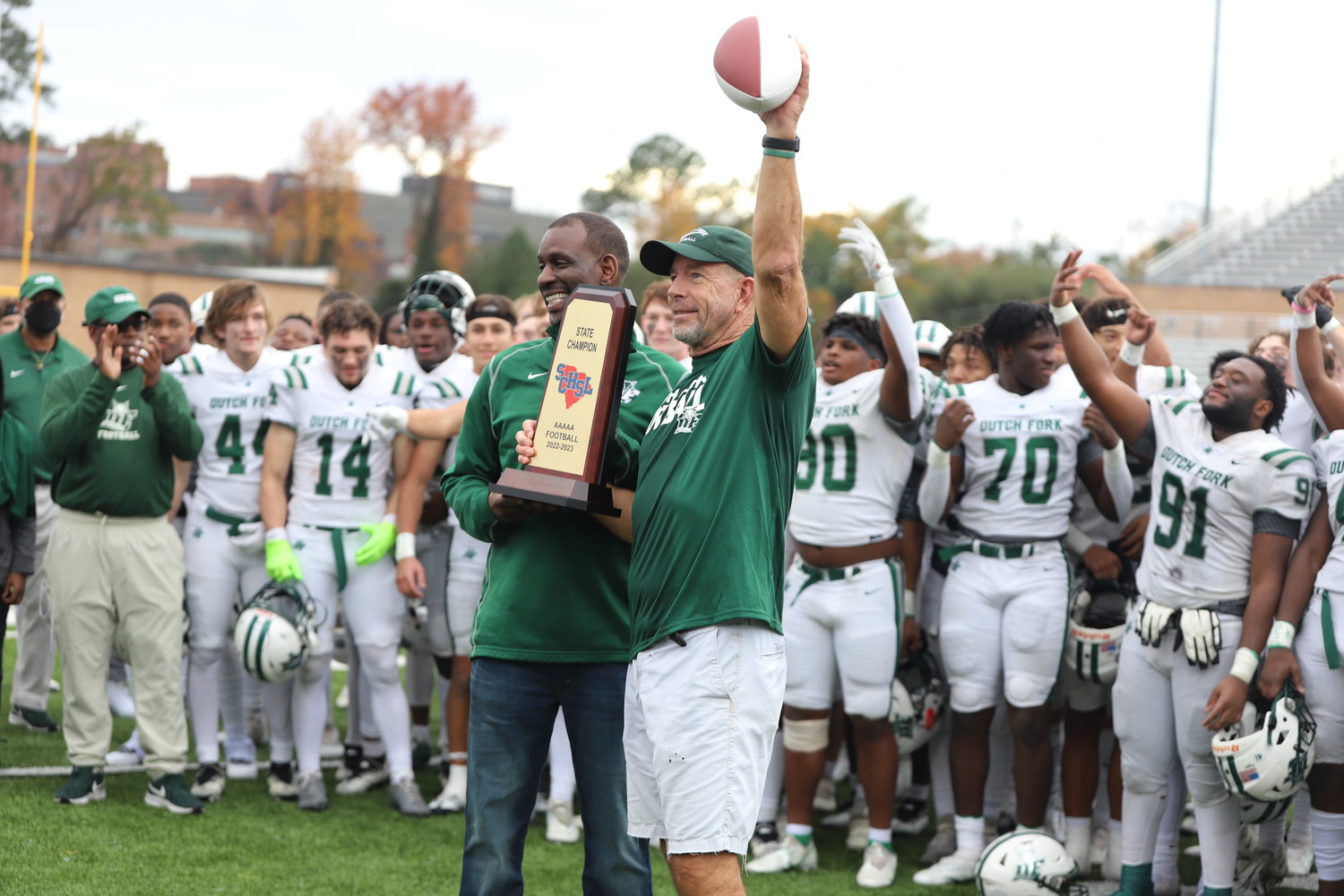 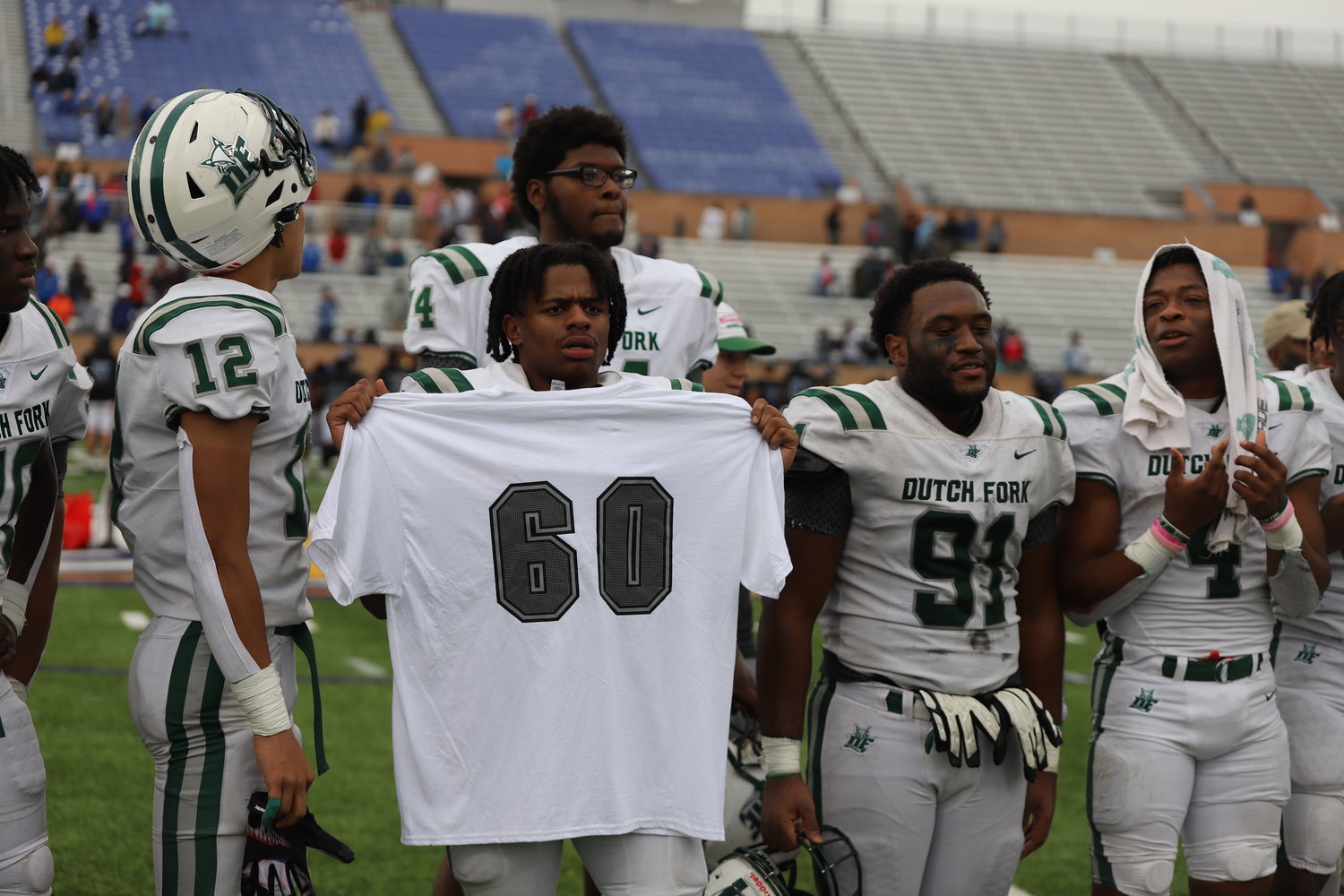 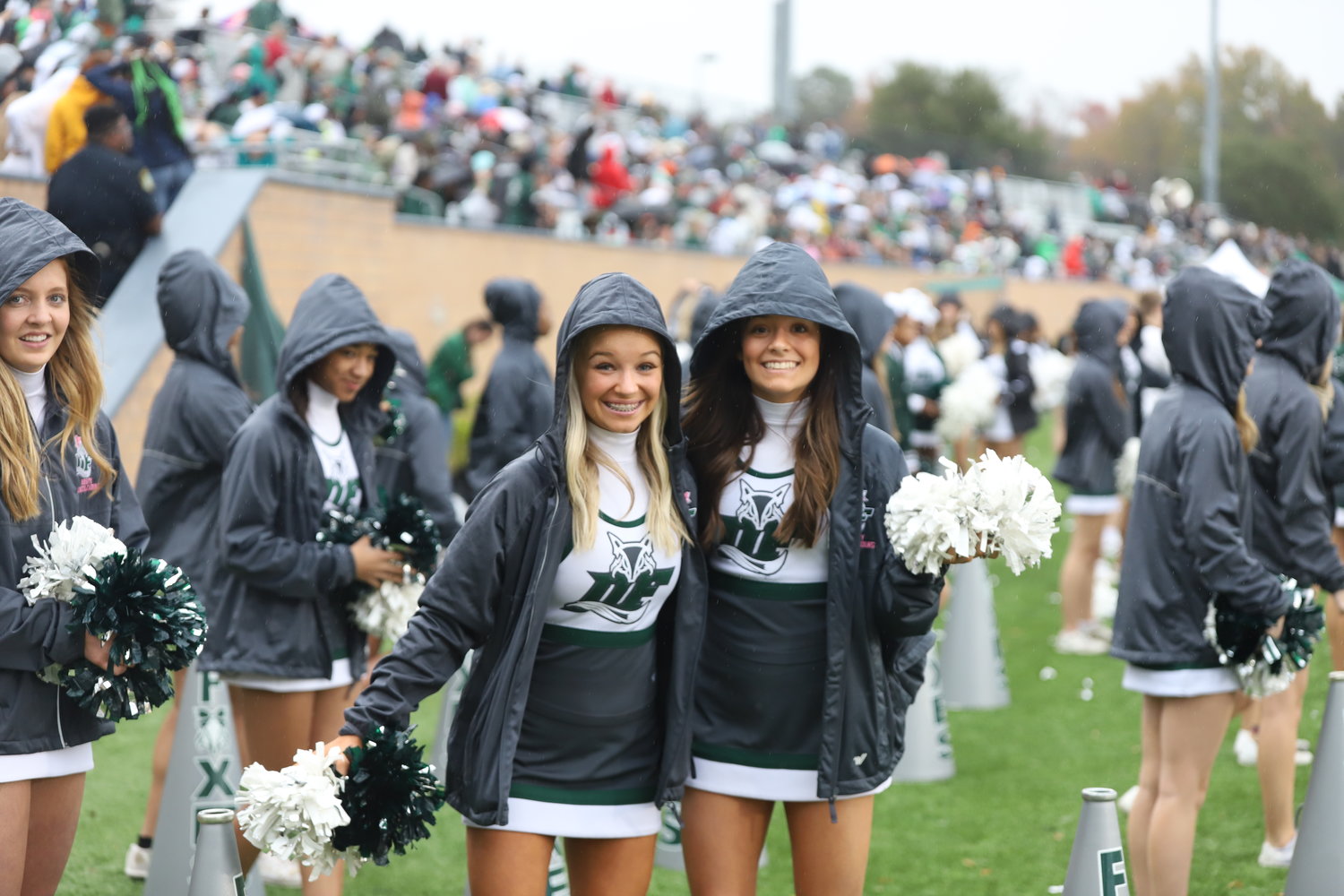 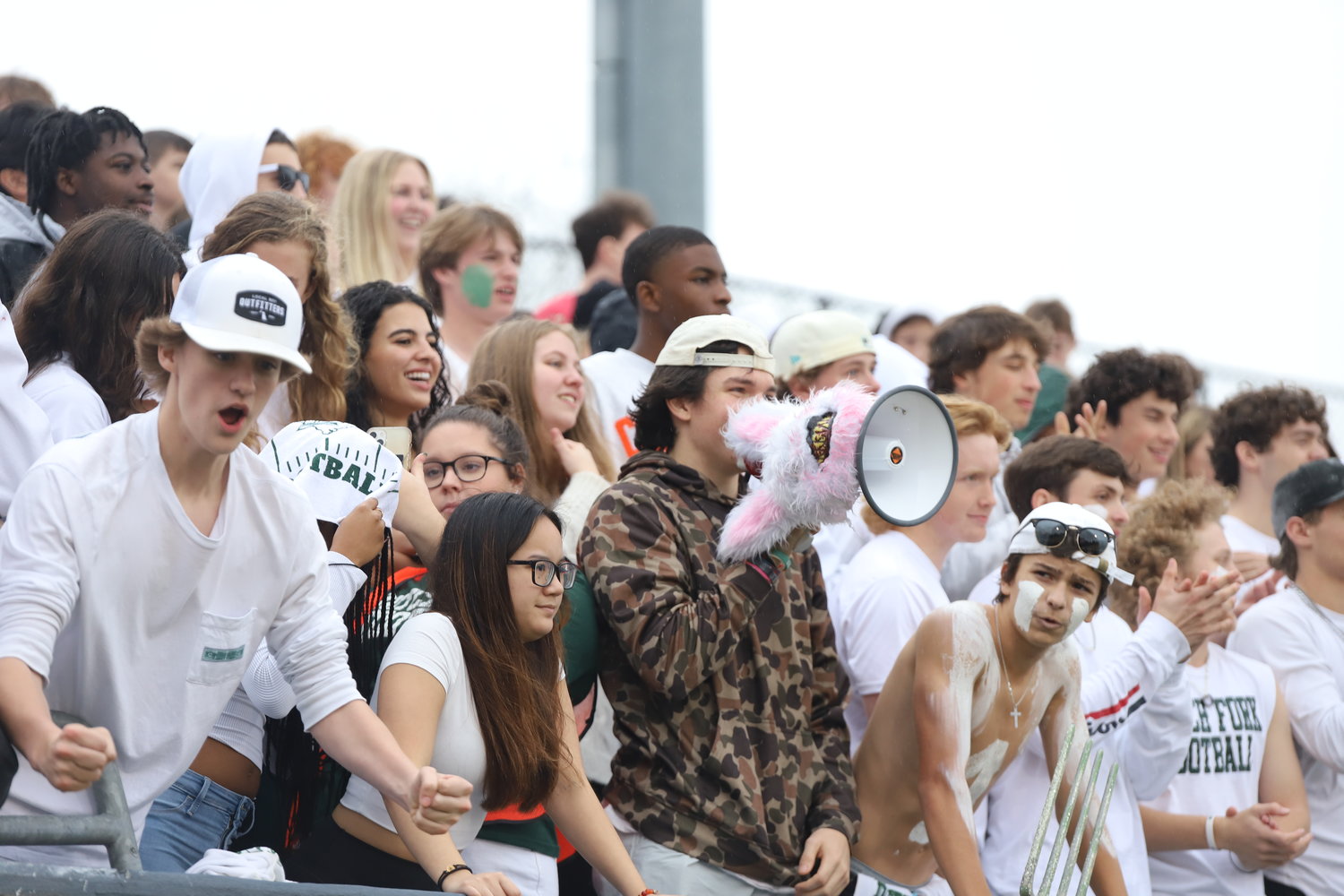 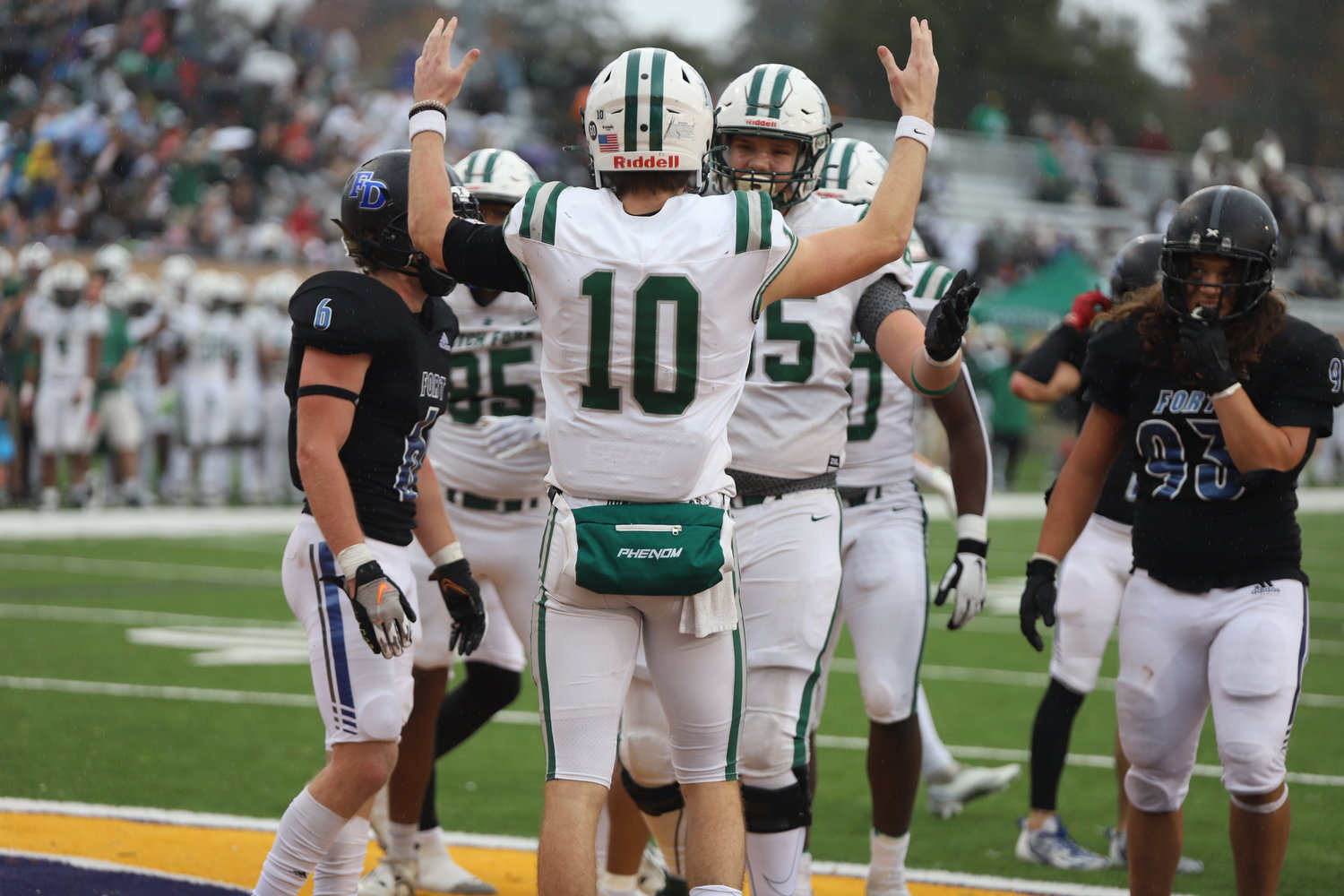 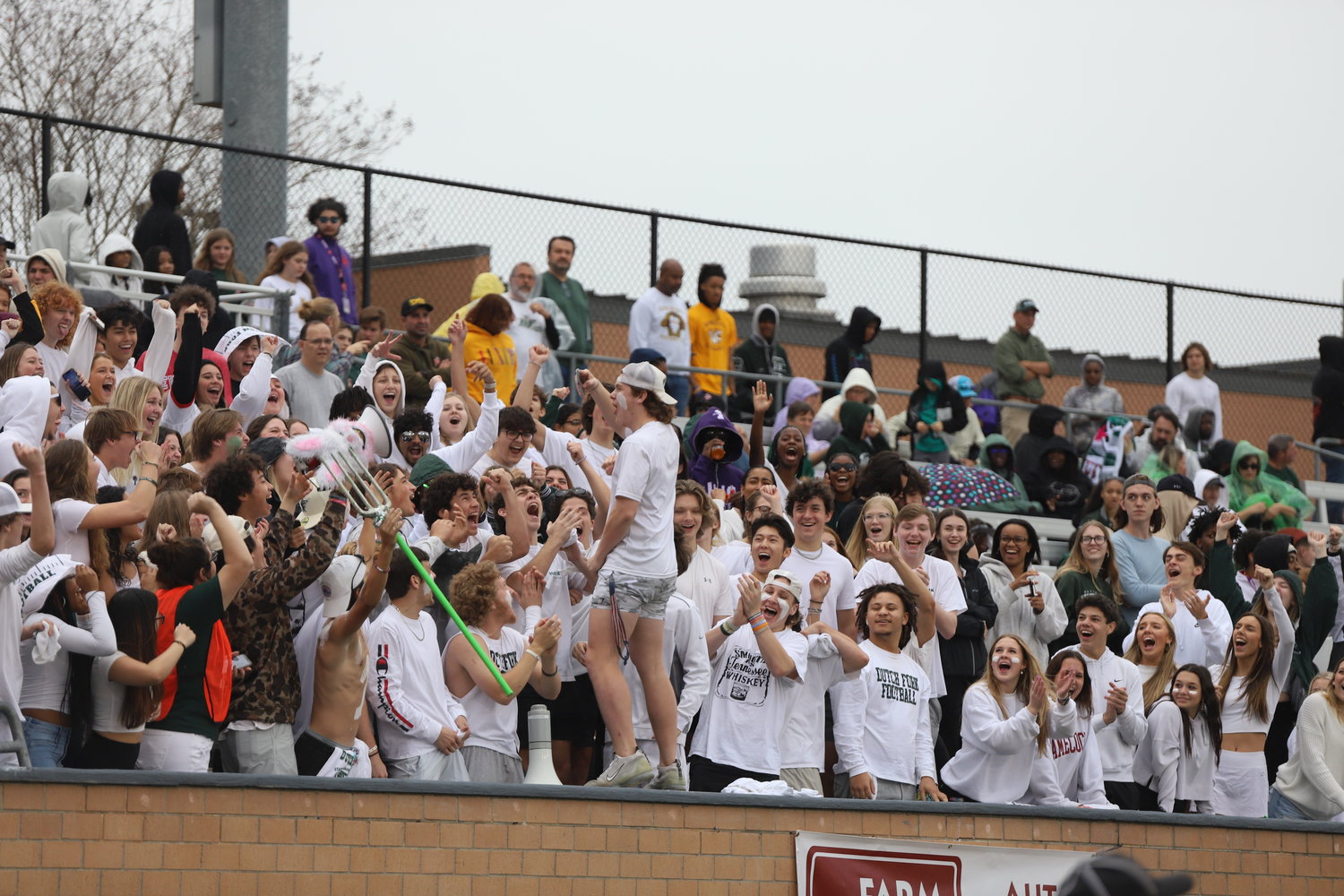 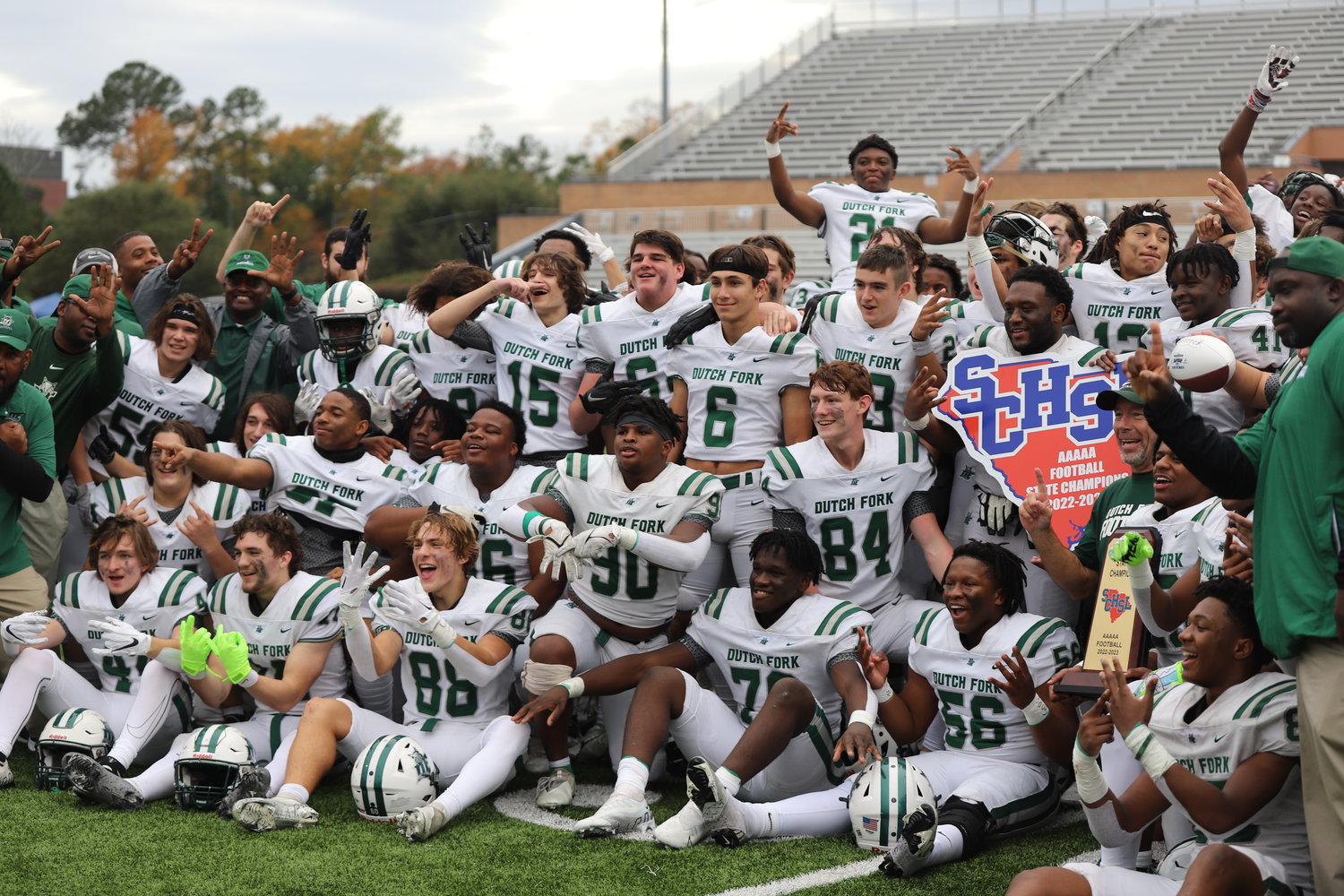 We had a streak going on and we came back to restart the streak and that’s what we did.”
Dutch Fork linebacker Chandler Perry
By Thomas Grant Jr.
thomas@lexingtonchronicle.com

The S.C. High School League Class 5A football title is back in Irmo.

A year after Dutch Fork’s five-year reign as state champion ended at Charlie W. Johnson Stadium, the Silver Foxes returned Dec. 3 to the scene of their stunning loss to Gaffney. This time, they left the stadium as triumphant champions following a 47-10 rout of Fort Dorchester.

It was the seventh state title won for the Silver Foxes (14-1), all under head coach Tom Knotts who also claimed the same number in North Carolina. This was also his 451st career win and improved his playoff record to 46-6 at Dutch Fork.

“There wasn’t a day that went by that we didn’t talk about it, we didn’t reflect upon it,” said Knotts, who improved to 7-3 in the state finals with the Silver Foxes. “We tried to learn from our mistakes, and this is the result of it, a…thrashing.”

Running back Jarvis Green and quarterback Aliam Appler each accounted for four touchdowns in leading the offense. Green had 201 of his 241 yards in the first half to go with three rushing scores, while Appler also rushed for two touchdowns and threw one of his scoring passes to Isaiah Jones.

Defensively, Dutch Fork forced three fumbles, recorded two sacks, and held the Patriots to their lowest point total in two seasons. It also improved to 8-1 all-time against Fort Dorchester (11-4), 7-0 in the post-season.

“We came back this year with a goal,” linebacker Chandler Perry said. “The goal was to come back and be state champions. We had a streak going on and we came back to restart the streak and that’s what we did.”

Dutch Fork took the opening kickoff 63 yards on five plays, four on runs by Green. His 1-yard touchdown run made it 6-0, but placekicker Justin Welch missed the PAT.

Both teams exchanged fourth down stops. While the Silver Foxes were held short inside the Patriots’ 32-yard line, Fort Dorchester capitalized on its stop with a 49-yard pass by Zolton Osborne to Mul-Ty Snider.

This set up a 22-yard field goal by Christian Wilson. On Dutch Fork’s next series, Green broke a 41-yard run to reach exactly 100 yards and the Silver Foxes had a first-and-goal at the Fort Dorchester six-yard line two plays later.

Green’s next carry was almost near-disastrous for Dutch Fork. As Green was tackled at the line of scrimmage, he lost the football and went down with what was feared to be an injury.

Green walked back to the sidelines under his own power. Fort Dorchester was forced to punt back to the Silver Foxes at their own 19.

Any questions about Green’s health disappeared after he found an opening and burst dowfield for a 79-yard gain. Only a chase-down tackle by prevented Green from scoring again.

Appler took it in with a two-yard keeper. The PAT by Welch made it 13-3 entering the second quarter.

Dutch Fork turned to trickery on its next possession. Green too the handoff from Appler, then tossed it to wide receiver Jacob Hamilton who tossed it back to Appler who found an open Jones downfield for a 68-yard touchdown.

“I knew our receiver would get open, so I decided to throw it up and he did his thing,” said Appler about Jones, who finished with three receptions for 118 yards before his third quarter ejection.

The excitement over the flea flicker was tempered by Welch missing his second PAT. This brought back memories of last year’s Class 5A final against Gaffney when the Silver Foxes missed two PATs in the 22-19 loss.

Those concerns were eased somewhat as Dutch Fork added to its lead on their next possession. A 50-yard pass from Appler to Jones helped set up a 4-yard touchdown run by Green.

The score put Green over 200 yards and extended the Silver Foxes’ lead to 26-3 following Welch’s PAT.

Fort Dorchester opened the second half with a burst of momentum. Freshman Ryan Campbell lost his shoe as he rushed 49 yards for a touchdown to cut the Silver Foxes’ lead to 26-10.

The Patriots then forced Dutch Fork to punt from its own 37. As Perry kicked the football away, he was hit by a Fort Dorchester player who was whistled for roughing the punter.

The Silver Foxes then picked up an additional 15 yards as an irate Fort Dorchester head coach Steve LePrad was penalized for unsportsmanlike conduct as he argued the roughing call.

Dutch Fork capitalized as Appler and Green connected for a 13-yard touchdown pass play. Welch’s PAT extended the lead to 33-10 and the game momentum shifted completely back to Dutch Fork.

After another Fort Dorchester punt, Dutch Fork embarked on another scoring series. After a four-yard run by Green to the Fort Dorchester, a skirmish between Jones and Patriot linebacker Deandre Jones resulted in three personal foul penalties and two ejections.

Two of the 15-yard penalties were called against Fort Dorchester, moving the football to the 20-yard line. Two plays later, Green was in the endzone from 18 yards to make it 40-10 entering the fourth quarter.

Fort Dorchester’s next series ended when Josh Smith forced an Osborne fumble on a sack and Derrick McBride recovered it at the 32-yard line. It only took six plays for Appler to score from two yards to close out the scoring with 6:45 left.

The Dutch Fork defense forced two more fumbles to end Fort Dorchester’s comeback hopes. As the clock reached zero, a year worth of emotions erupted on the Silver Foxes’ sidelines.

“TK always said we’ve got to right the wrongs,” Green said. “So, now I feel relieved and I let some tears from under the tent just because I’m proud because this is a great brotherhood and this is a great coaching staff. So, I just want to thank them because without them, we wouldn’t be able to do this.”