It was only two years ago that Lexington was looking to snap a 8-game losing streak in softball to White Knoll. 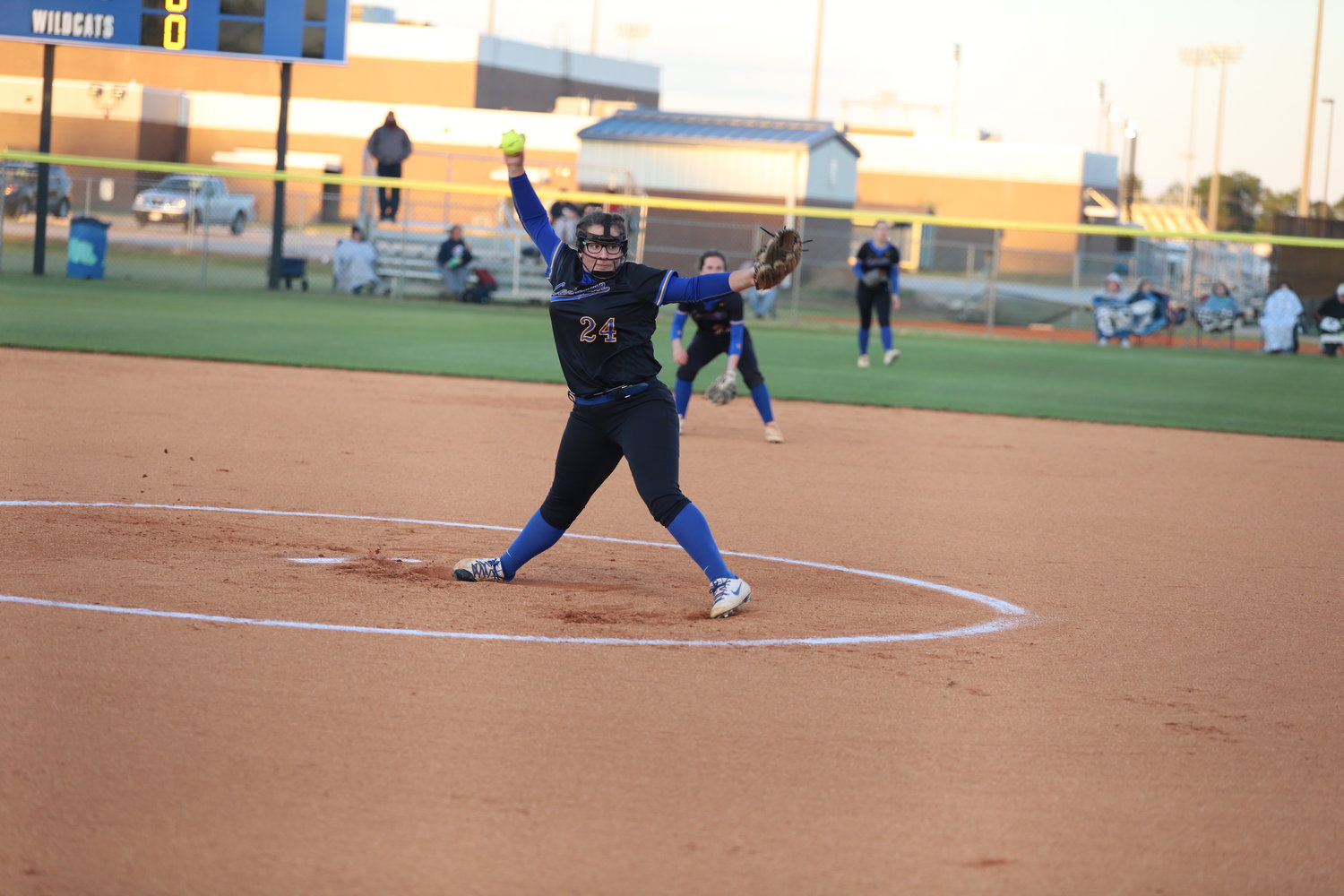 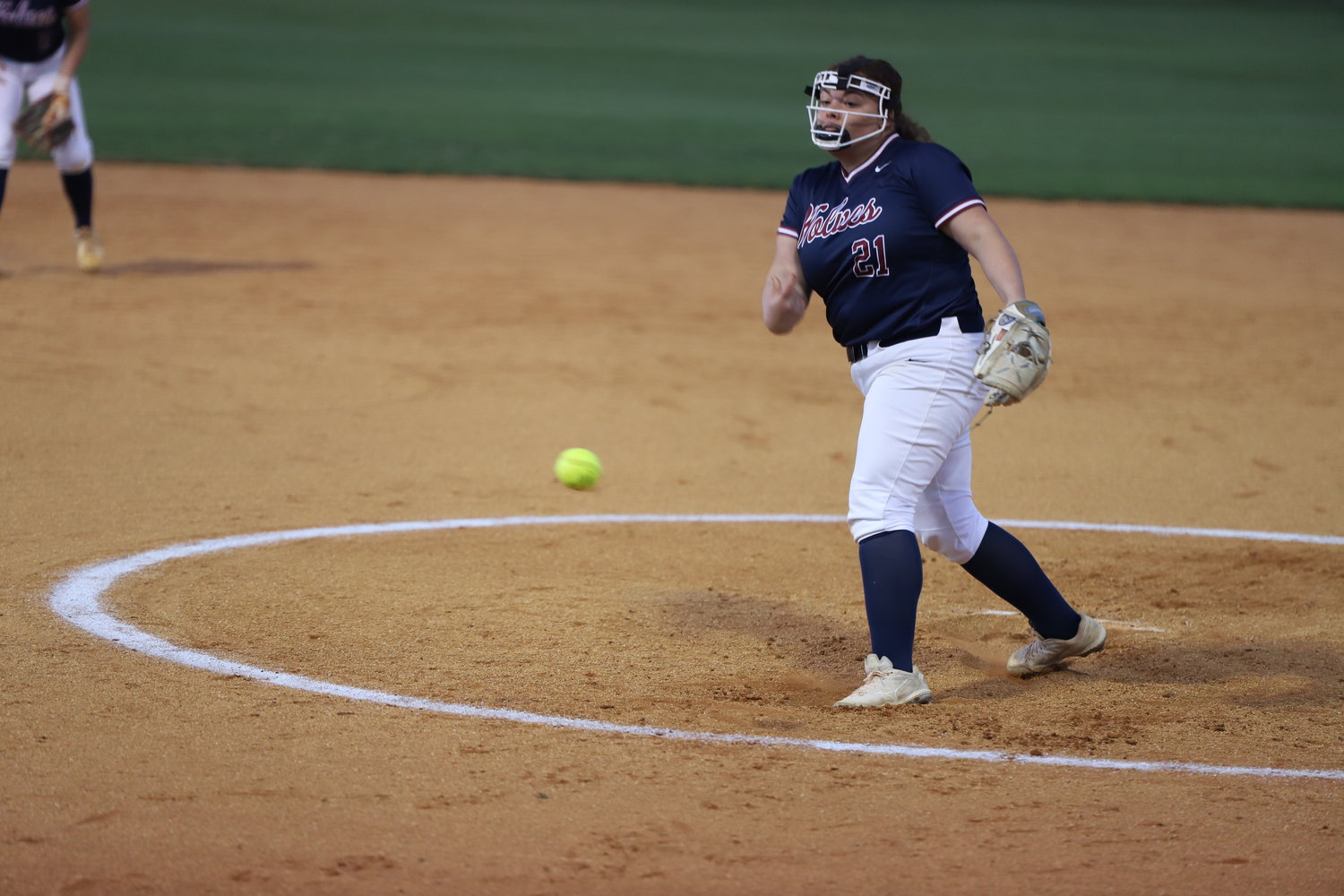 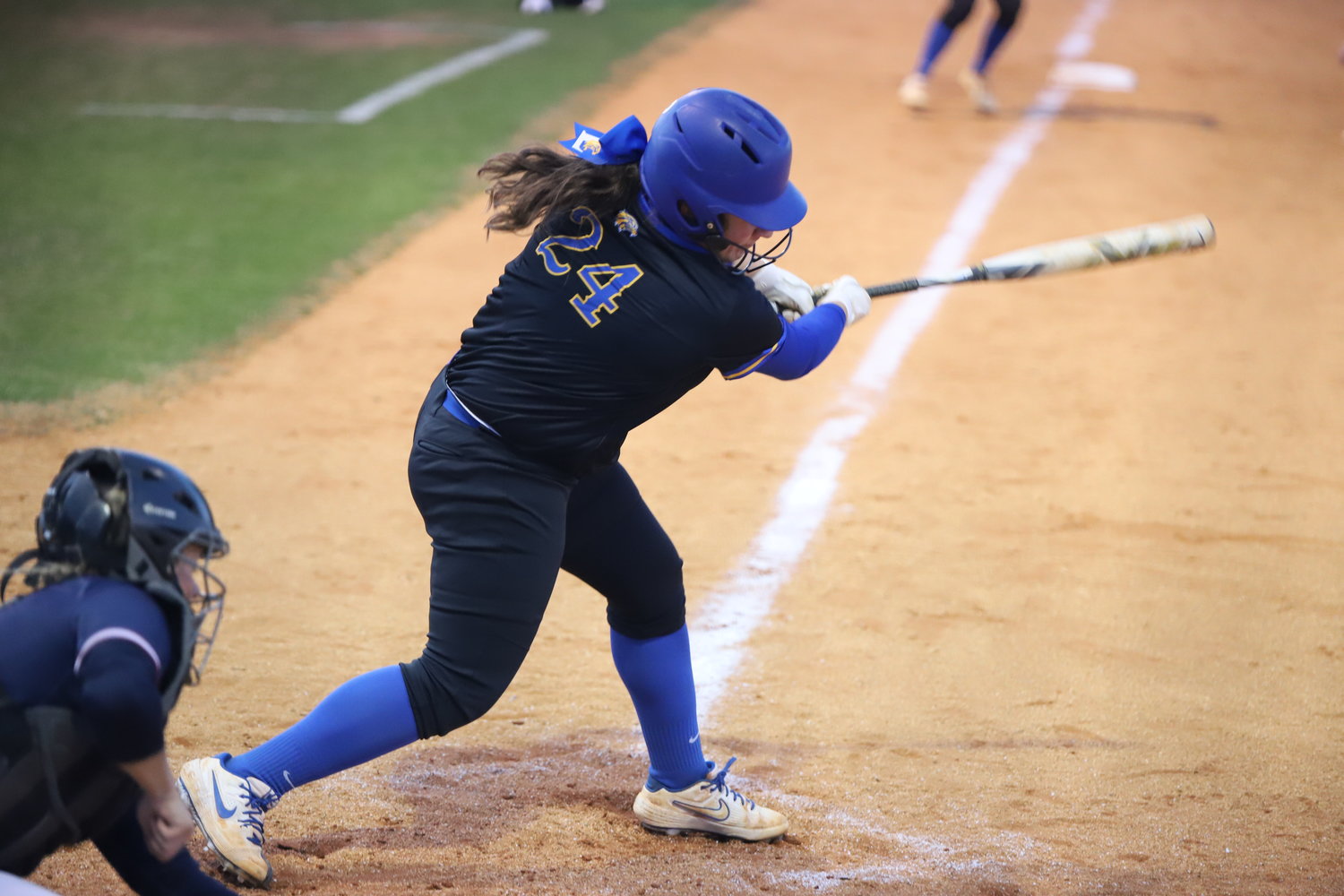 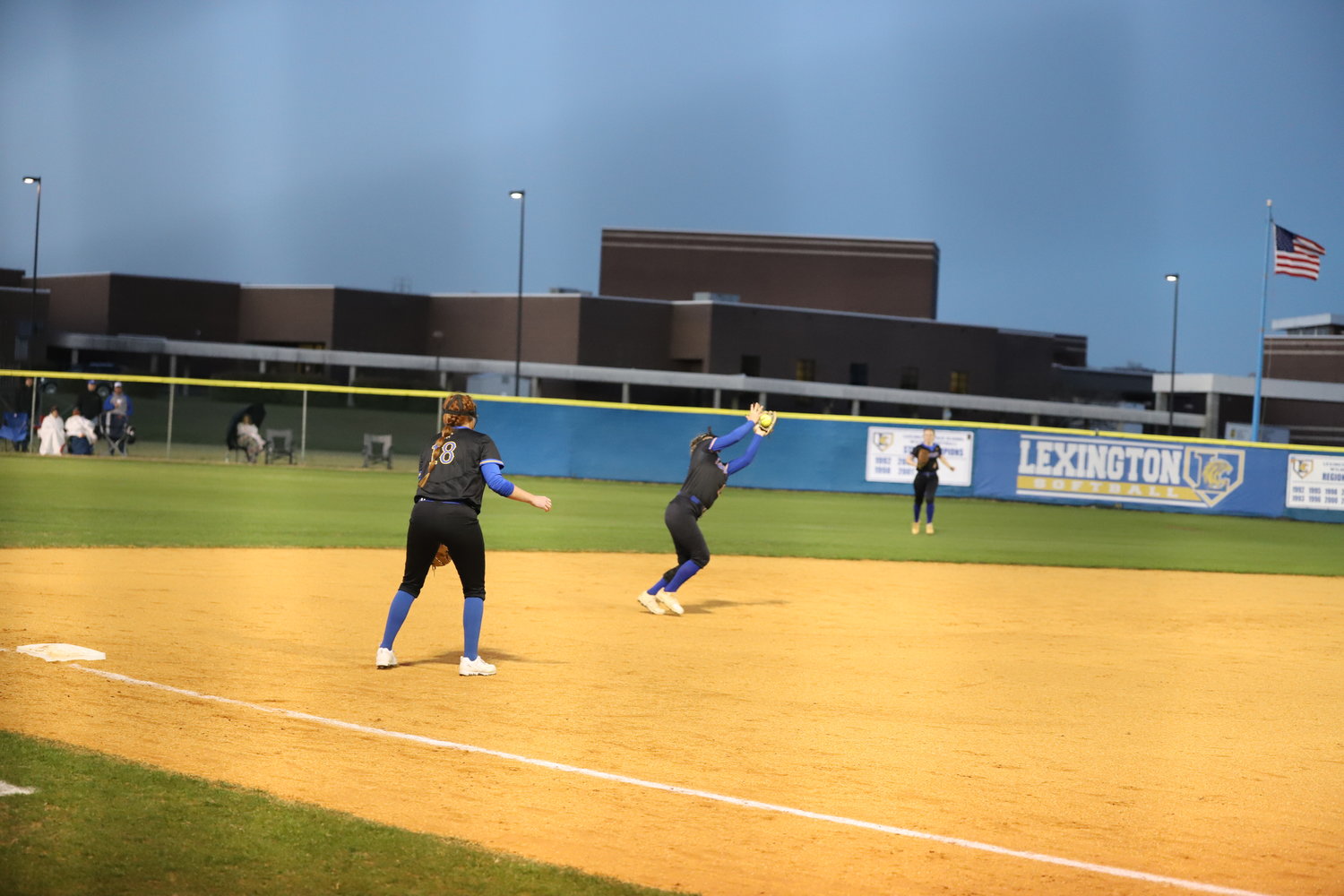 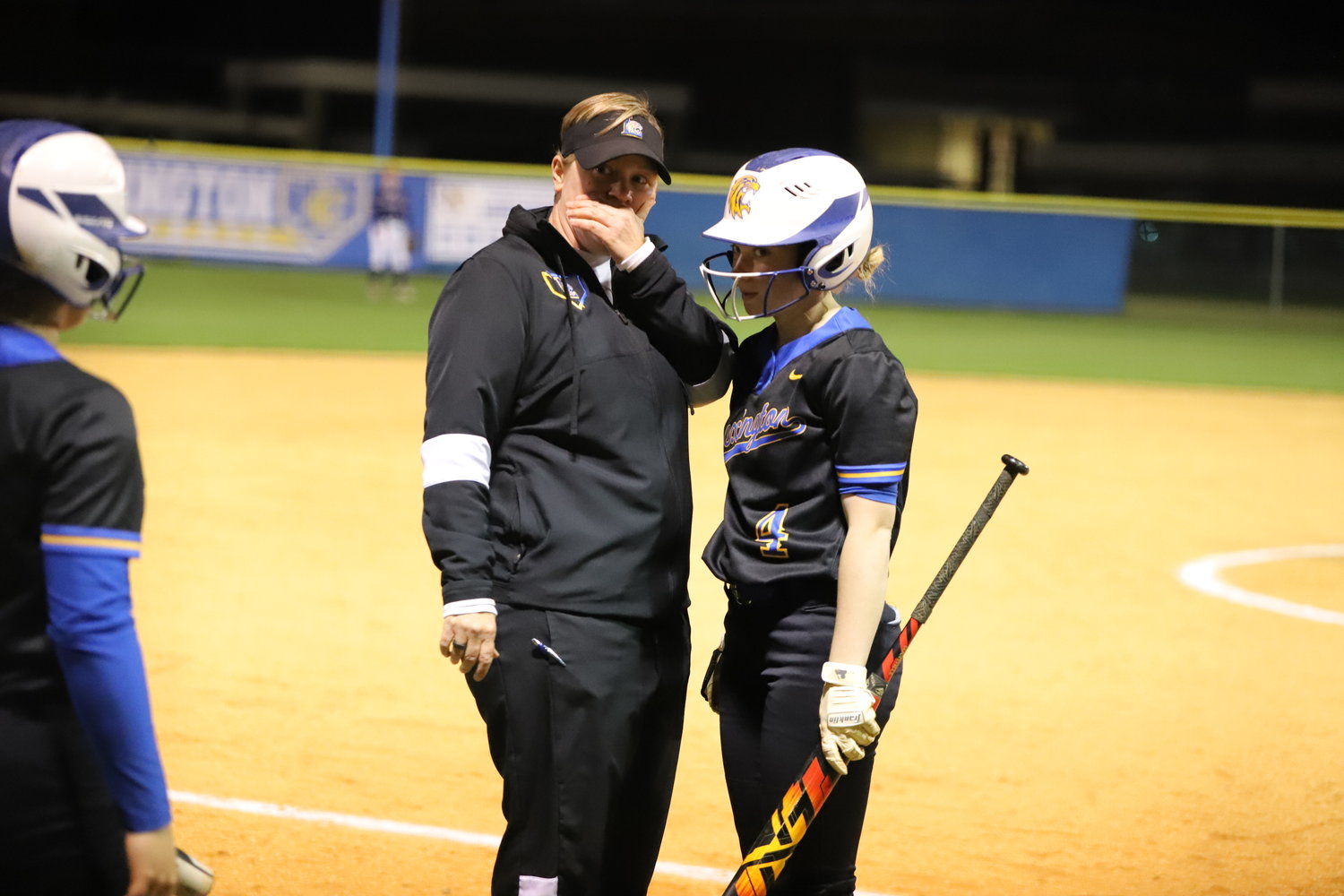 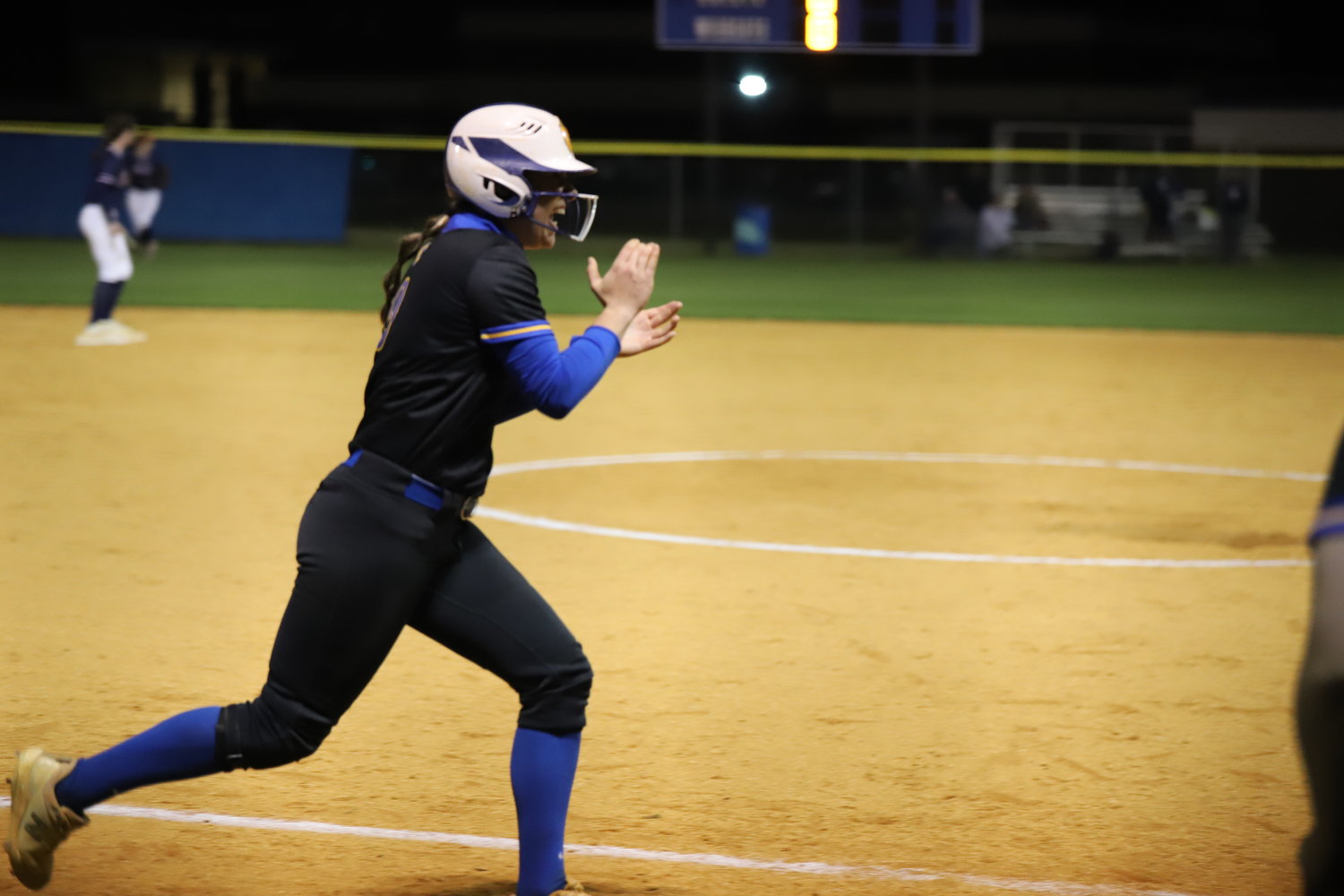 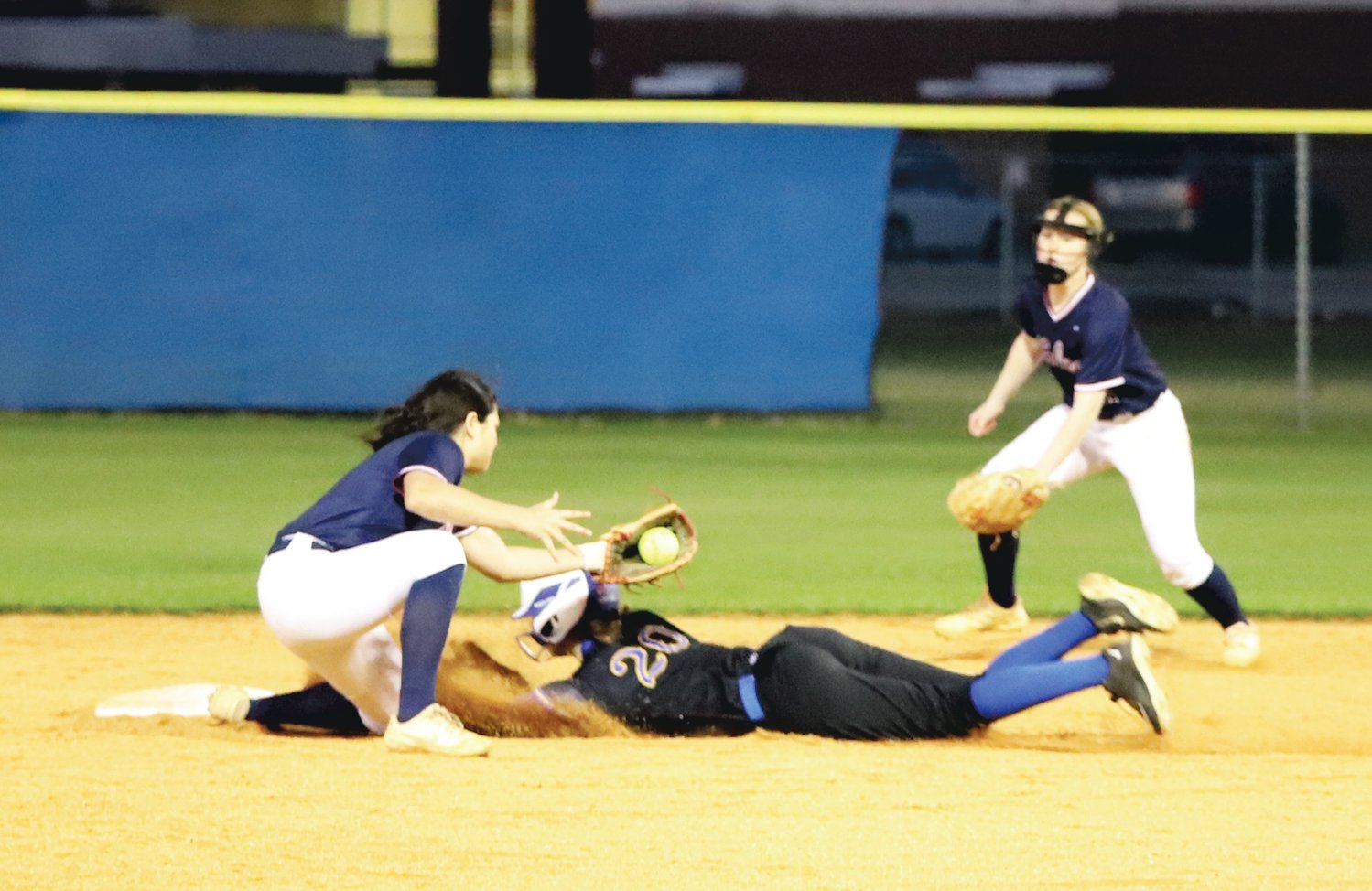 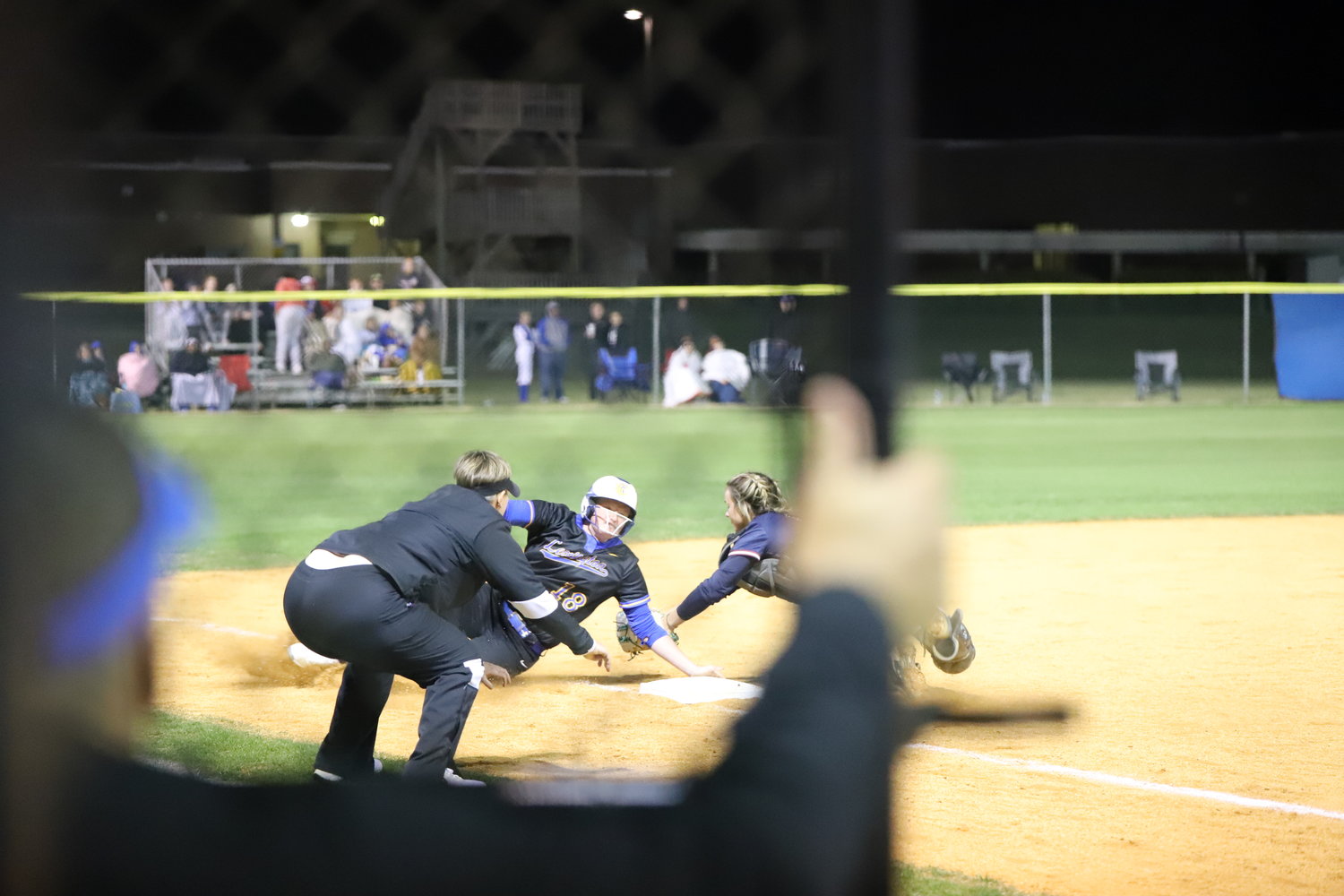 Lexington's Madison Rogers is thrown out at third base.
Thomas Grant Jr. | Chronicle 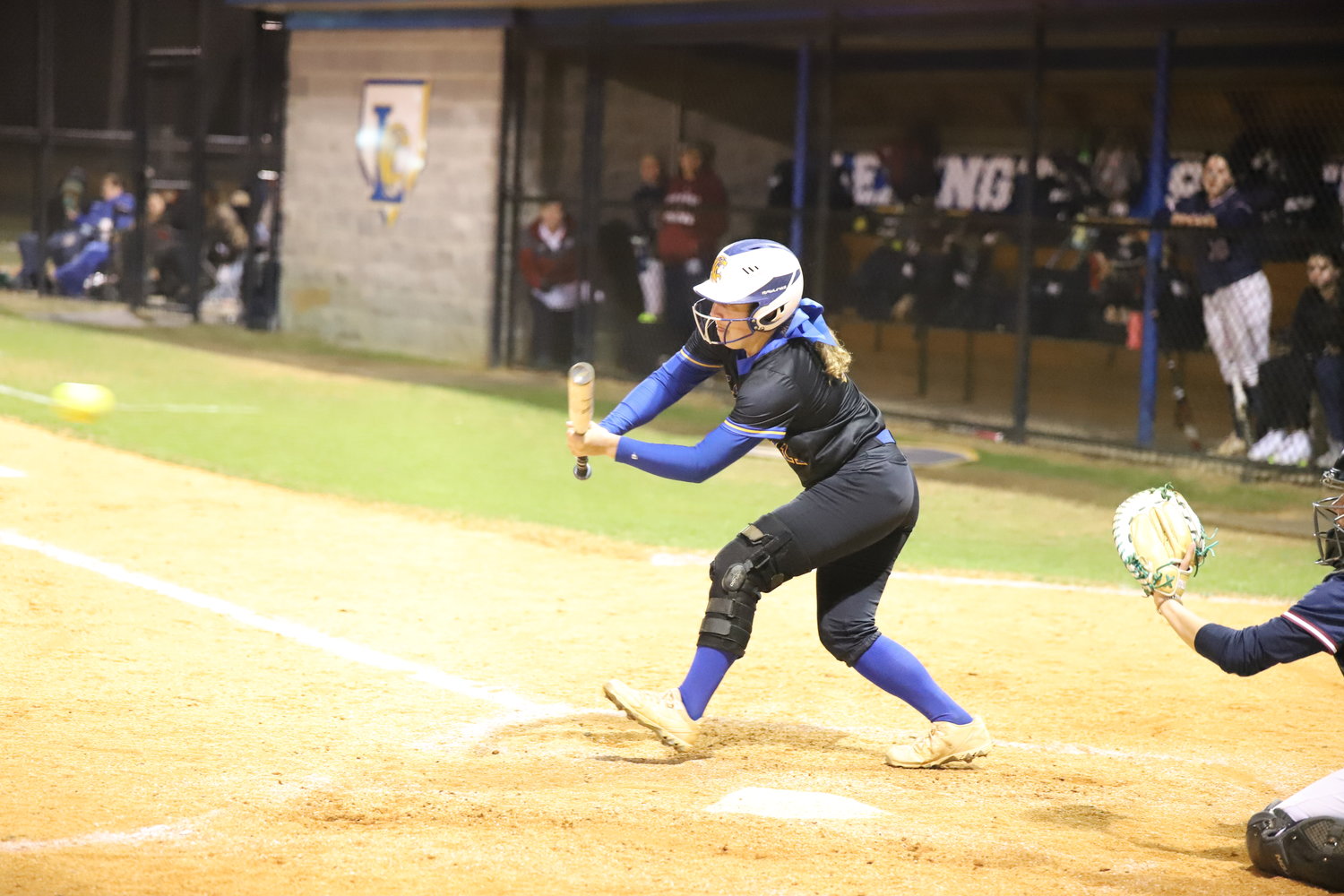 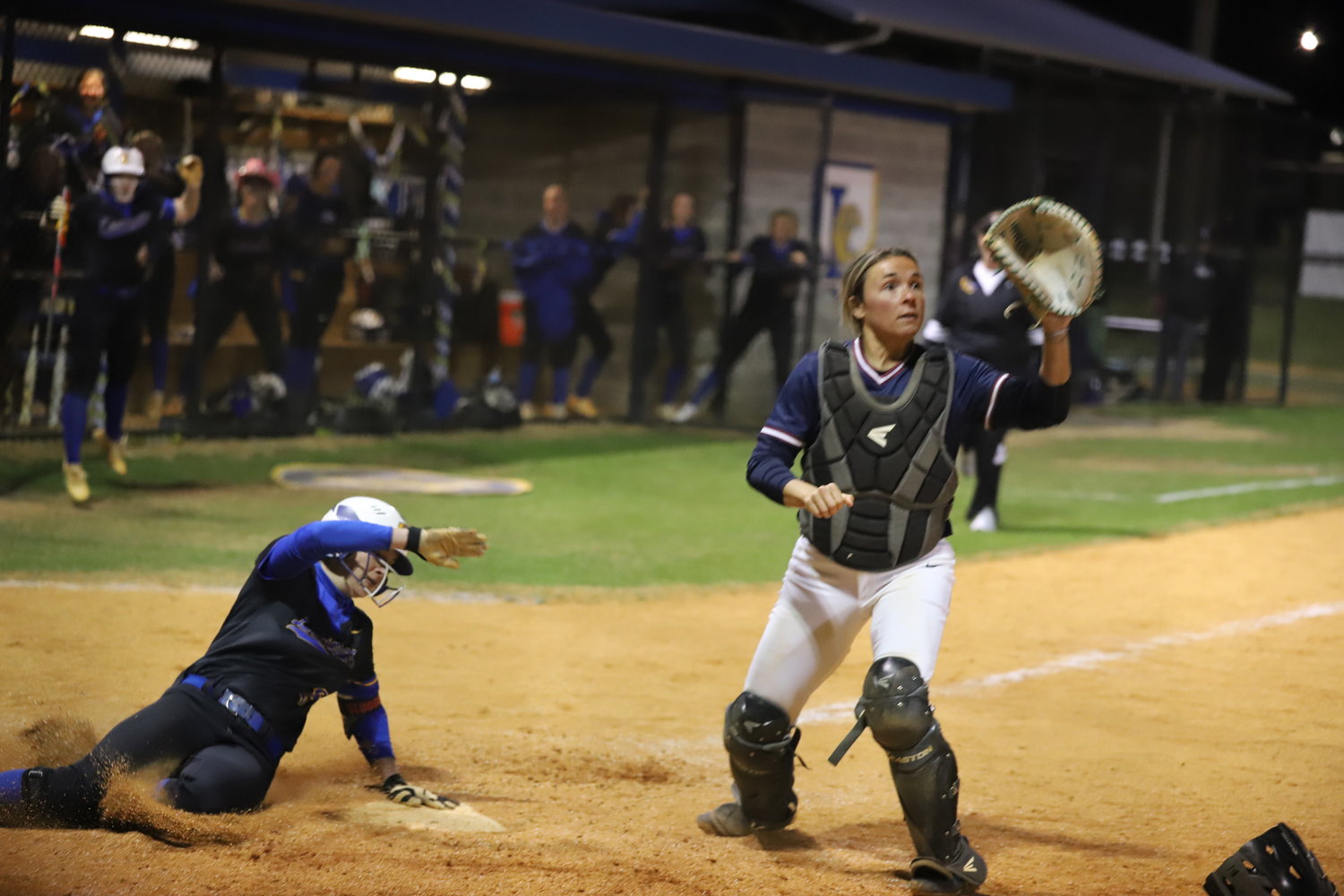 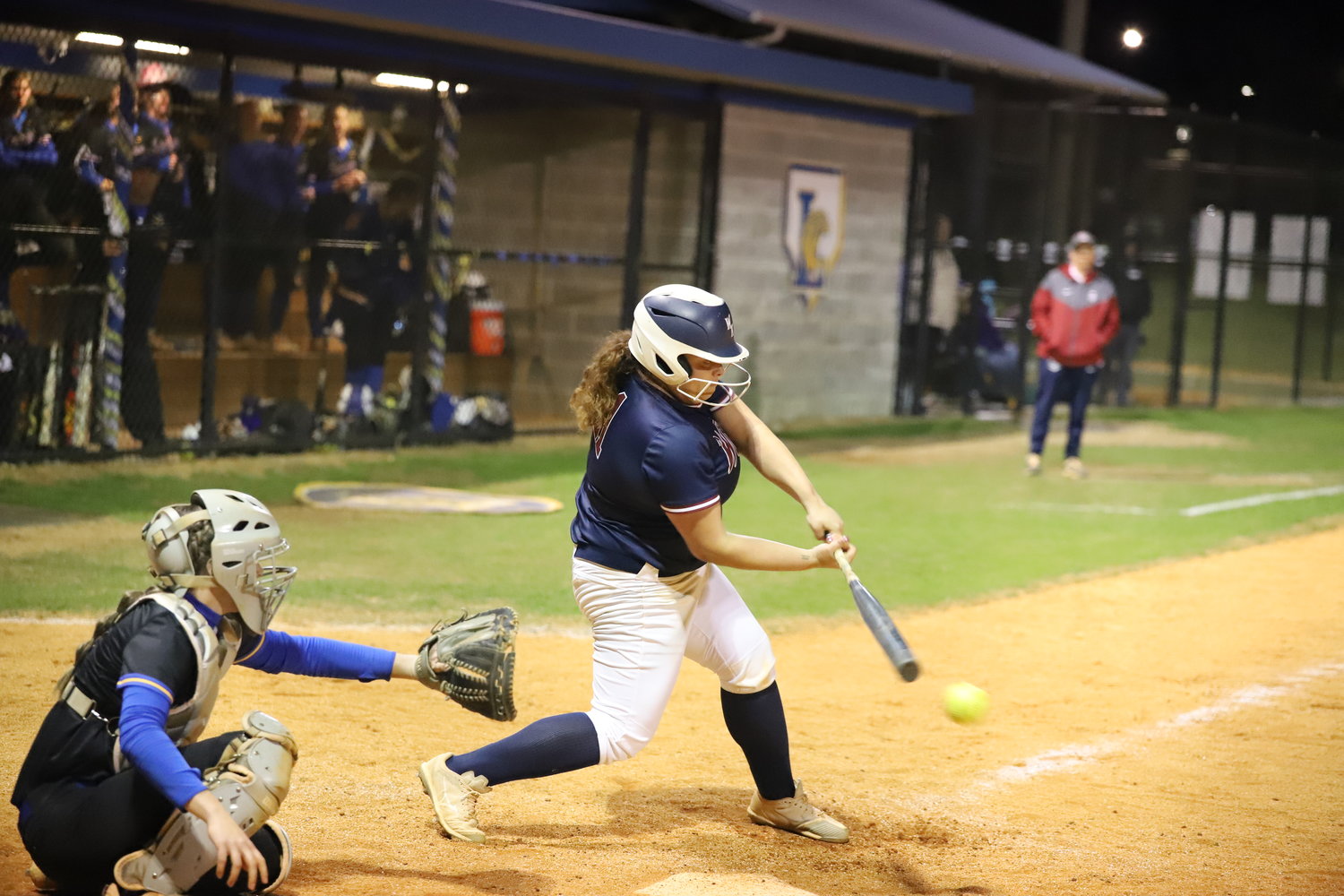 It was only two years ago that Lexington was looking to snap a 8-game losing streak in softball to White Knoll.
Things have changed drastically as the undefeated Lady Wildcats now find themselves on the winning side of the rivalry.
Friday's 7-0 win over the Lady Timberwolves was Lexington's fifth straight win in the series. It improved to 8-0 on the season and 2-0 in Region 5-5A.
"We had to get over that hump, I think, mentally," Lexington head coach Laurie Epps said. "They're always a good team. We know it's going to be a good game. So, luckily we've been on the winning end the last few times.
Riley Ford struck out 11, allowed just two hits and gave the Lady Wildcats the early lead in the third inning with a two-run double.
White Knoll starter Marlena Perez had seven strikeouts and looked to keep her team in striking distance. The Lady Timberwolves also twice had the bases loaded, but came up empty.
Sarah Gordon helped supply the rest of Lexington's scoring. She led off the fifth inning with a triple and scored on Peri Rouillard's sacrifice bunt. An inning later, Gordon cleared the bases with a three-run double on which she scored on a throwing error to finish 4-4 on the night.
The game ended with Ford recording the final three outs. She had a putout to first base, caught an infield flyball and ended the game with a strikeout.
"Riley has been phenomenal for us," Epps said. "I'm super proud of the way she's been playing. The way she's swung the bat. She's really stepped up for us. She's done a great job."
Lexington plays its next two games on the road. The Lady Wildcats travel to Blythewood Monday and Dutch Fork on Wednesday.
White Knoll (7-4, 1-1) plays host to Chapin Tuesday.

Maddie Middleton and Carlee Norris each drove in three runs and Sophia Tas went 3-3 and had two RBI along with winning pitcher Leah Cabe and Laney Rauch for the Lady Eagles.
Cabe had seven strikeouts for Chapin (7-4, 1-0) which travels to White Knoll Tuesday.

Tara Dorgan were 2-4 with three RBI and Emma Melinauskas went 2-2 with two runs to lead the Lady Indians in the Region 5-3A win.
Izabella Adams took the win for Gilbert (12-2, 4-0), who play host to Gilbert Tuesday.

The Lady Bearcats (1-6, 0-1) picked up their first victory of the season in their Region 5-3A opener.

The scoring barrage by sophomore Kinlee Mozley continued Friday with her fifth consecutive "hat trick."
Mozley scored all three of her goals in the first half to give her 15 in the past five games.
Riley Barnes also scored a goal and had two assists and Lauren Ansell also had two assists for the Lady Indians (8-3, 4-0). They next play a non-region home game Monday against Camden.