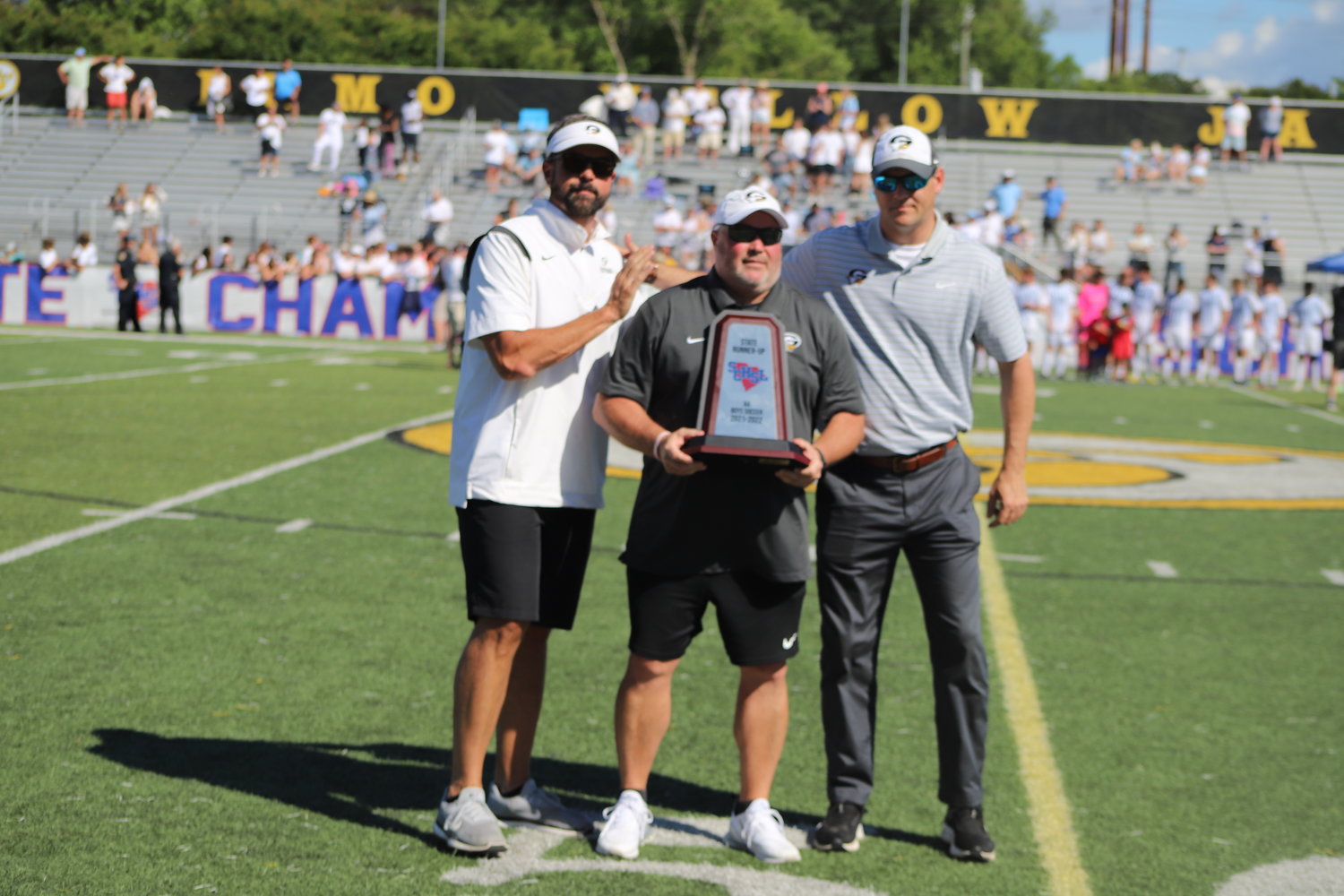 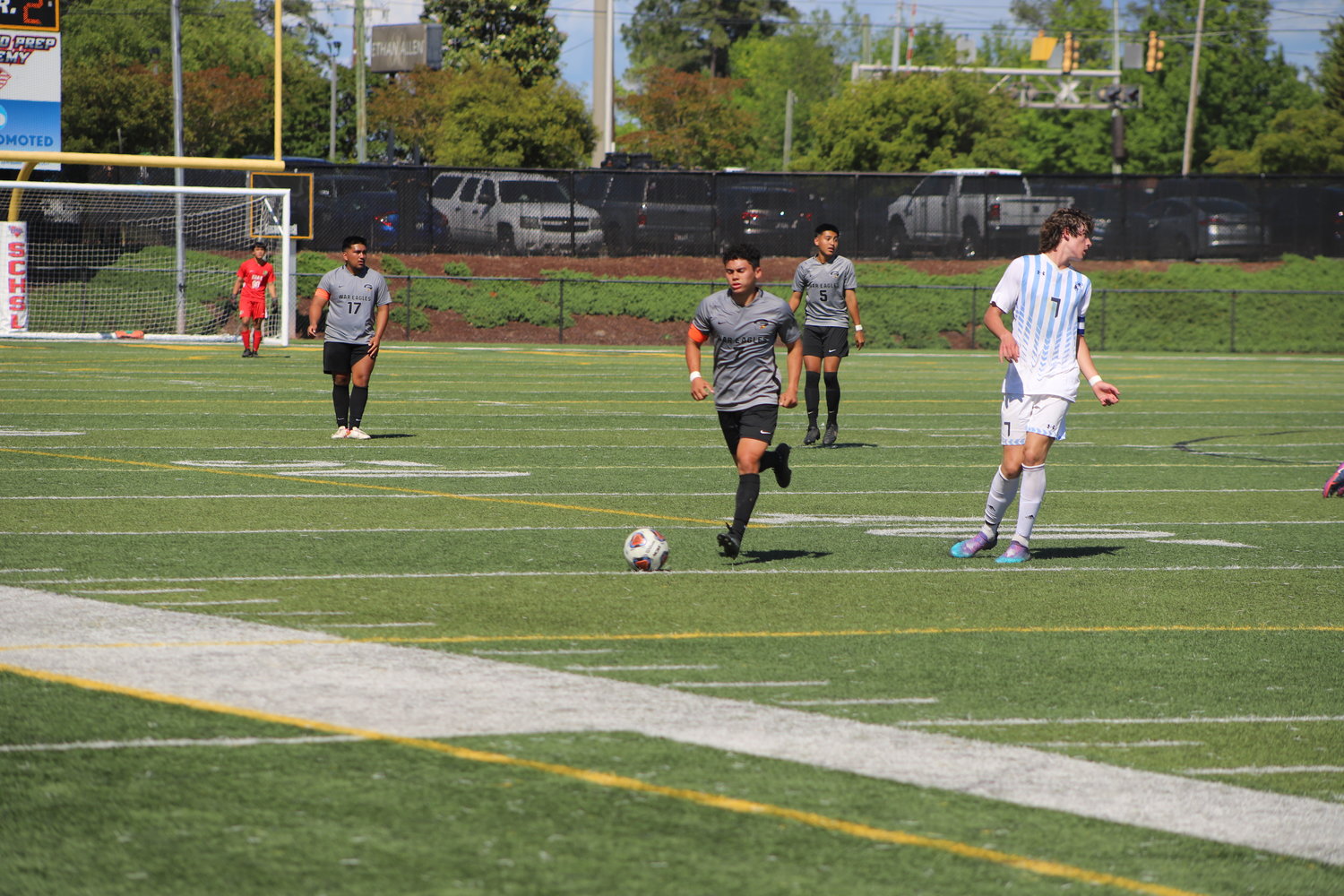 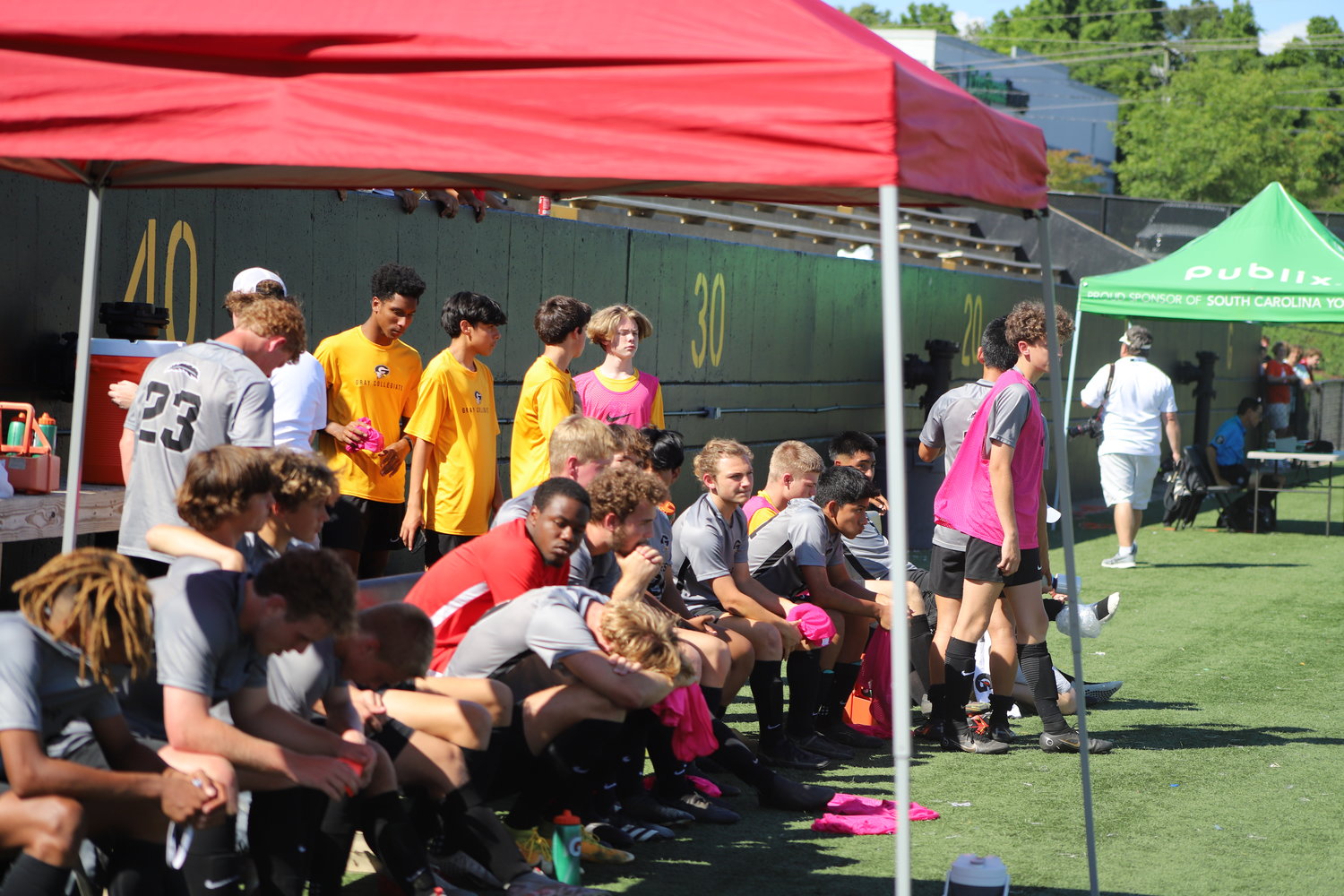 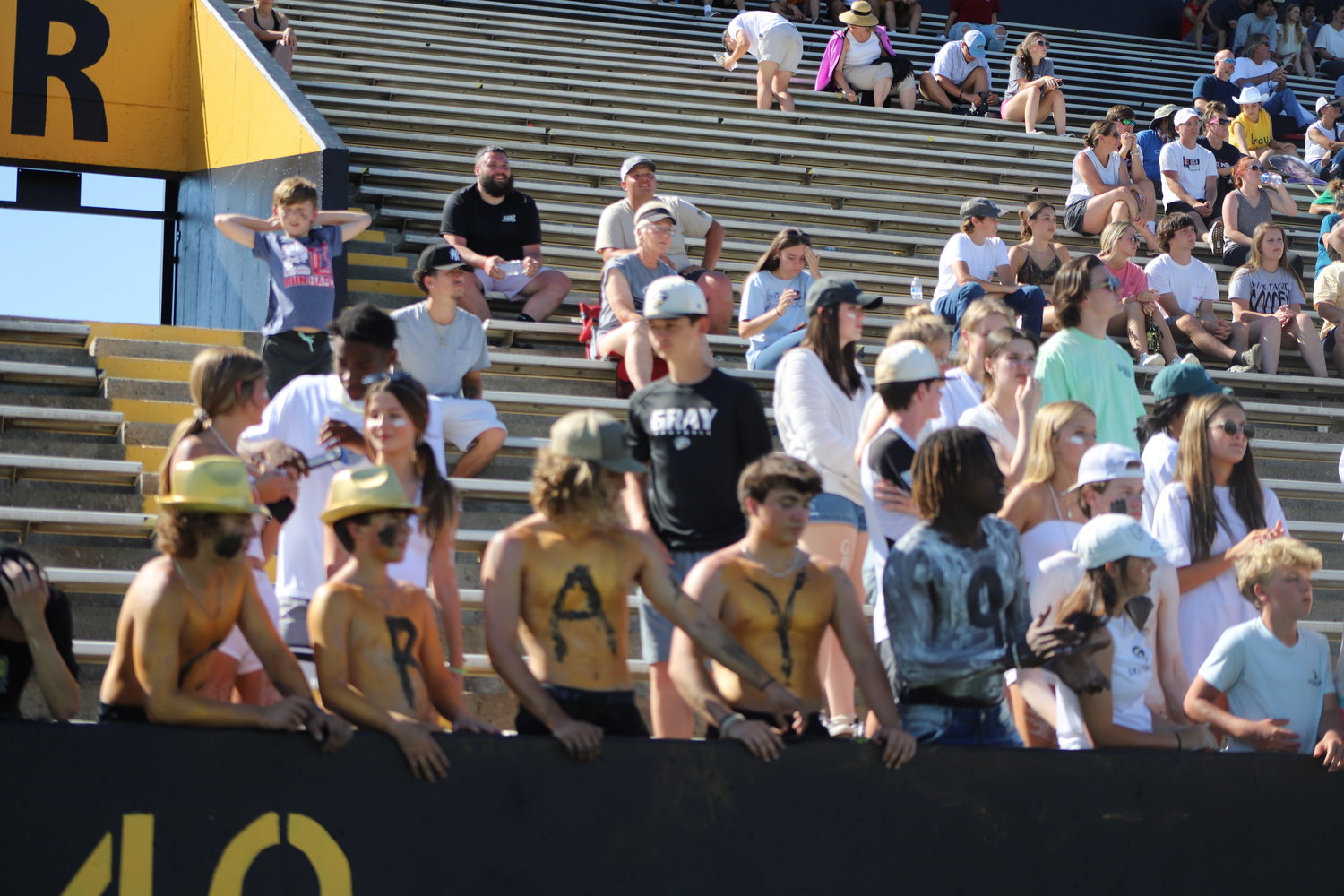 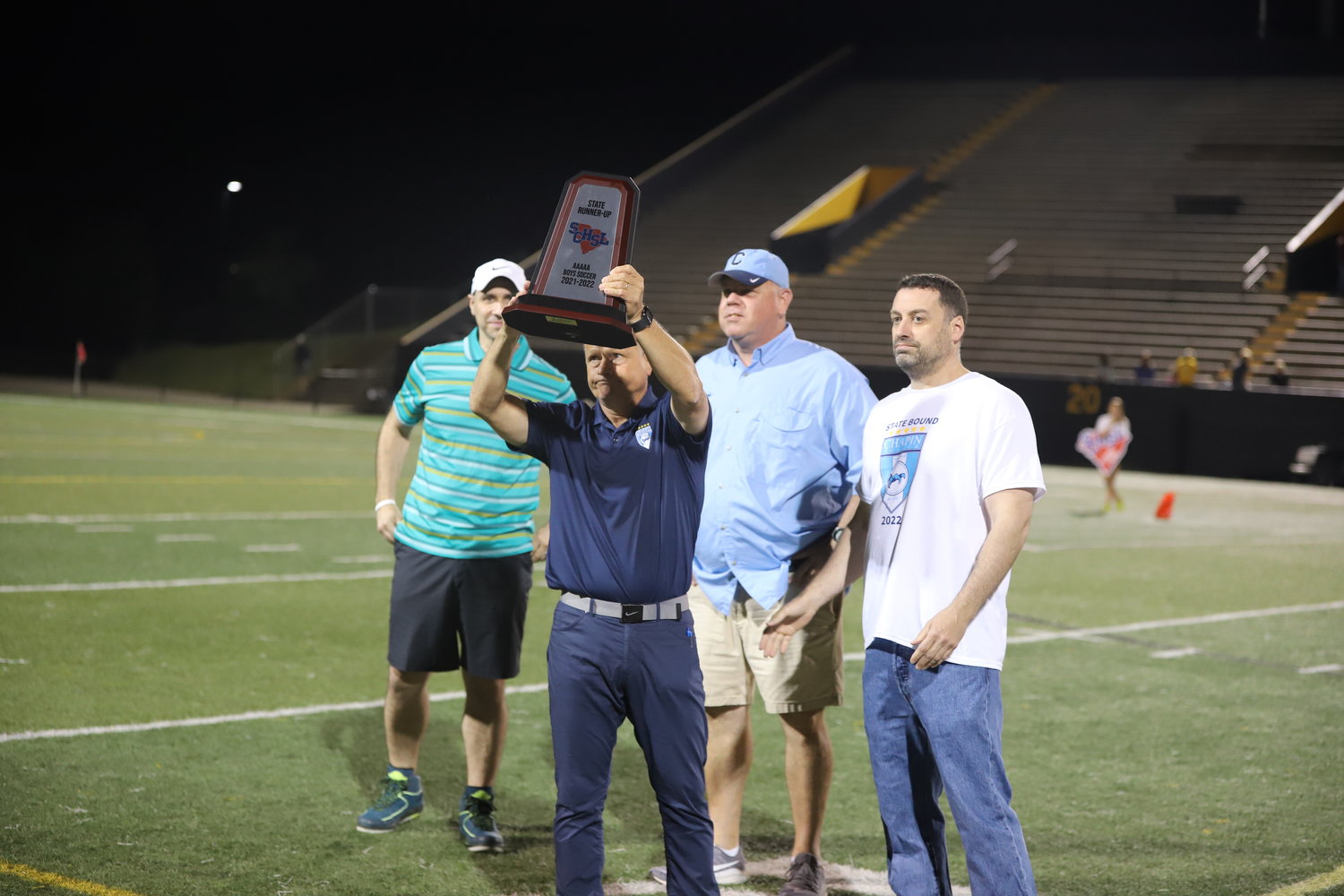 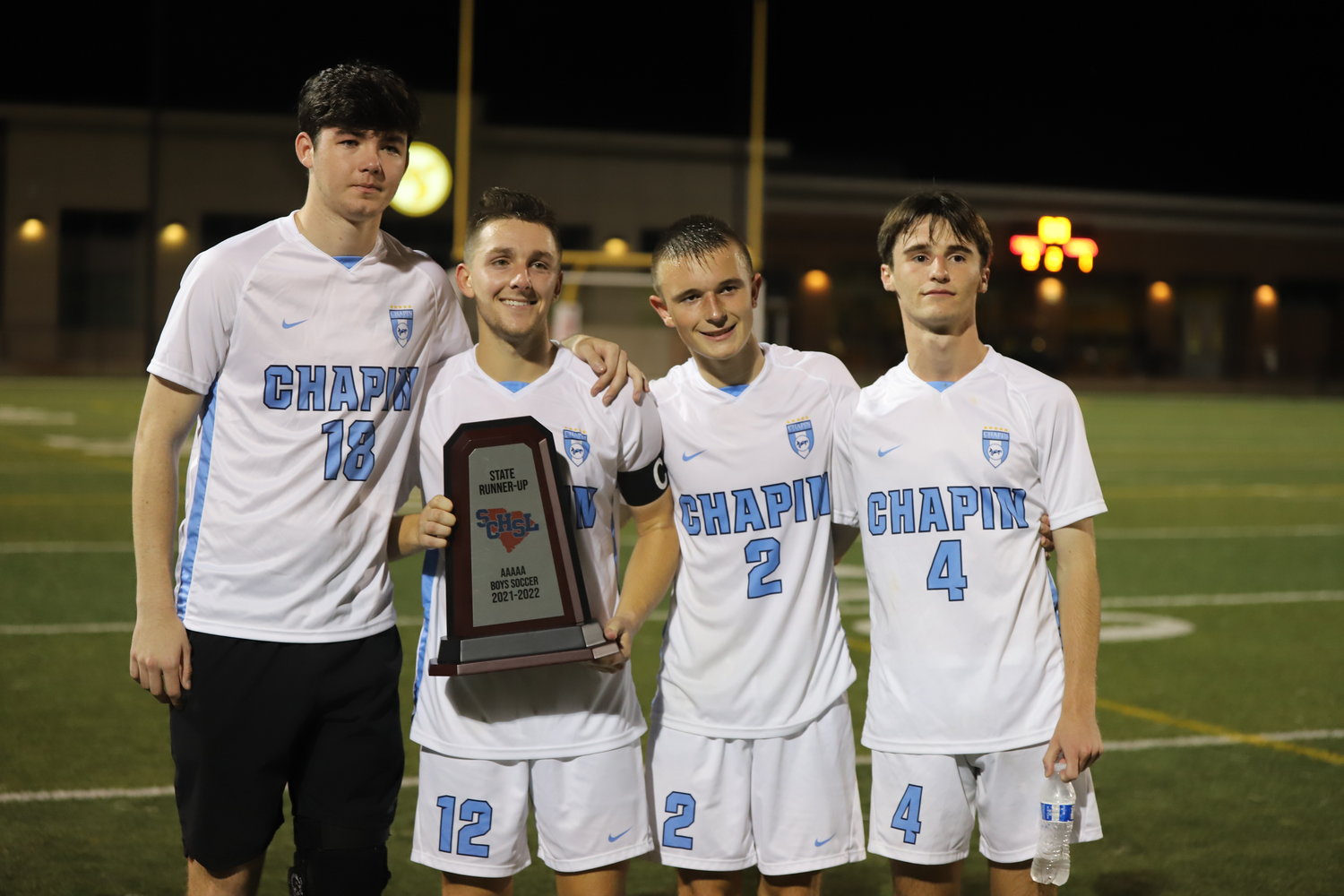 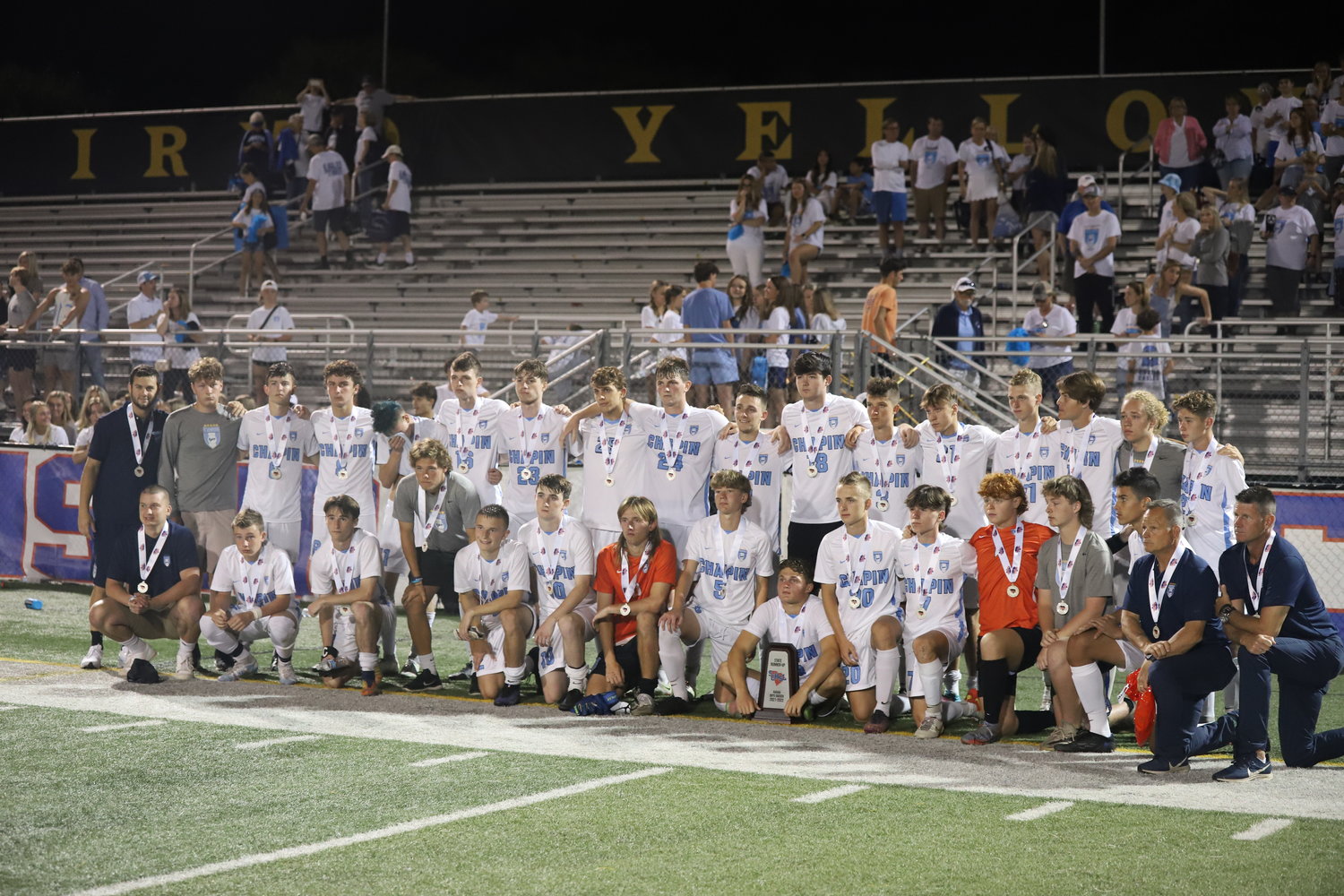 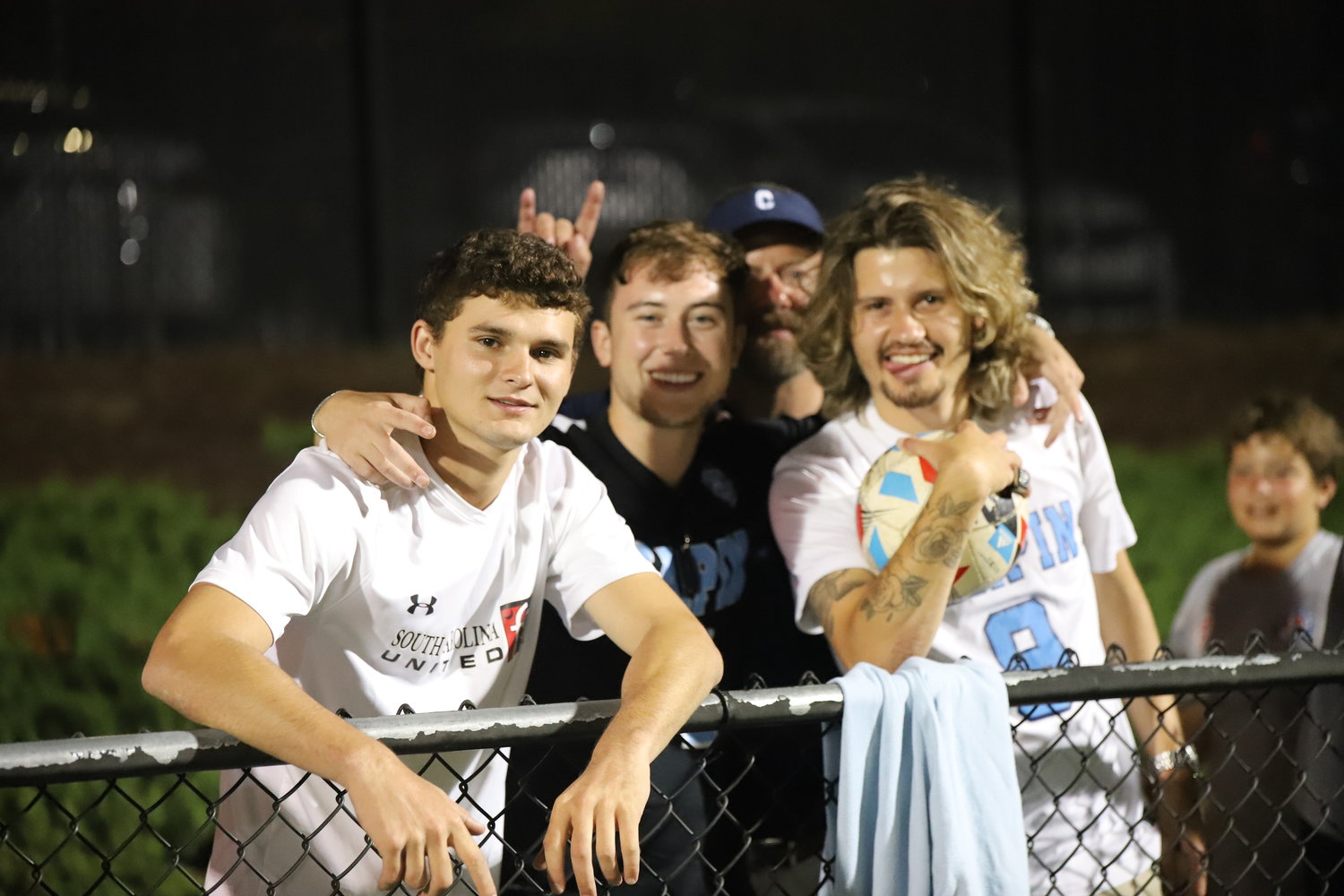 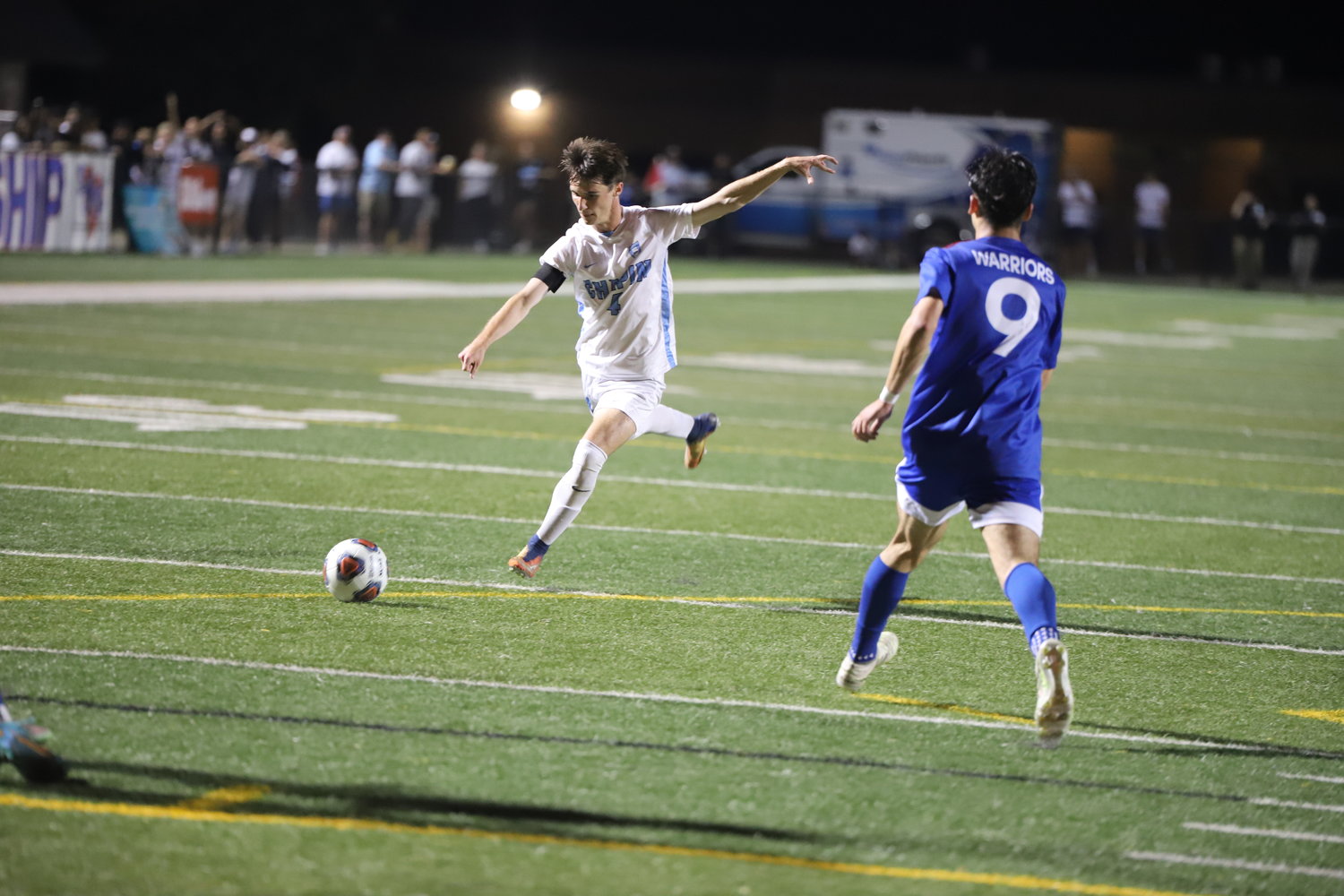 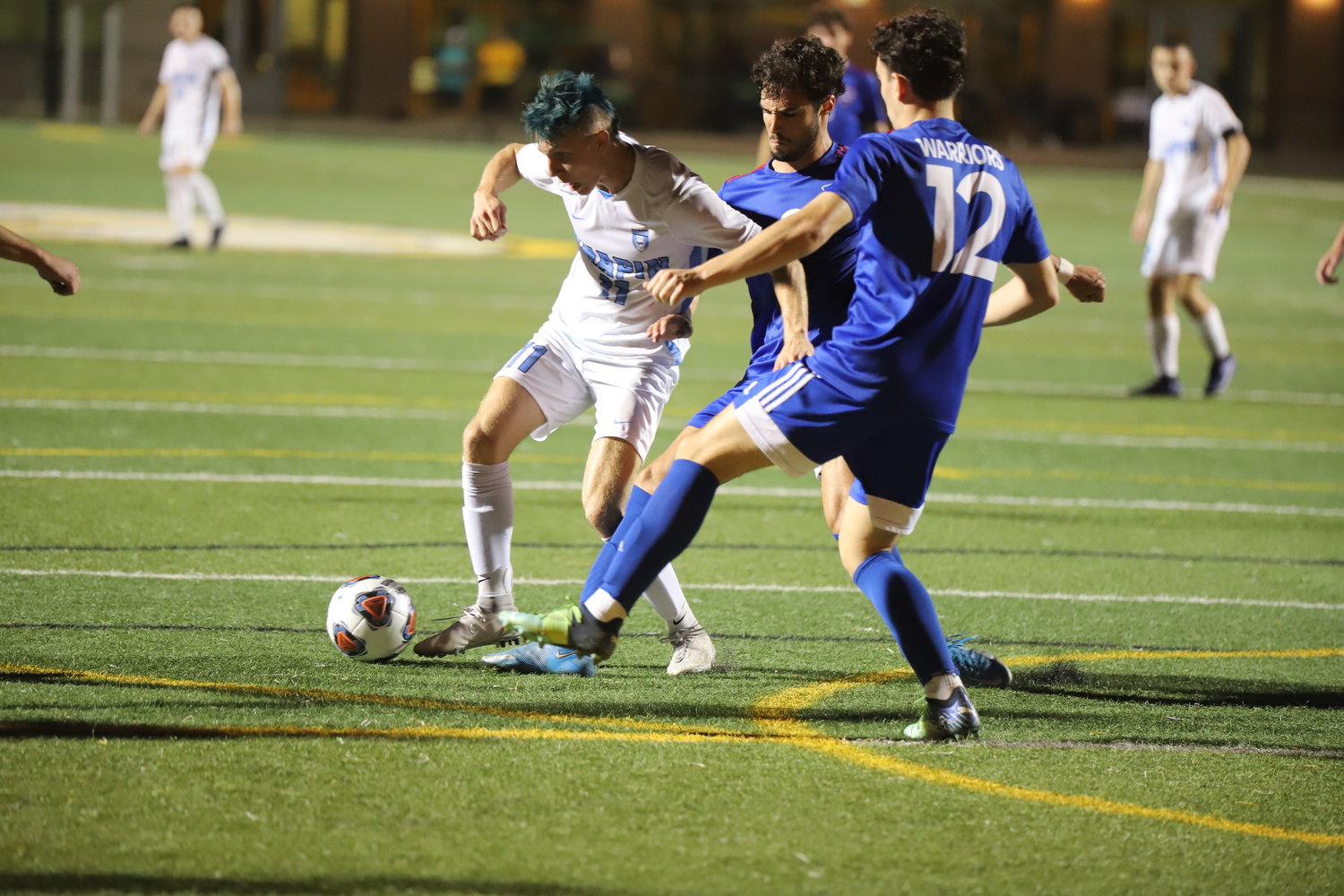 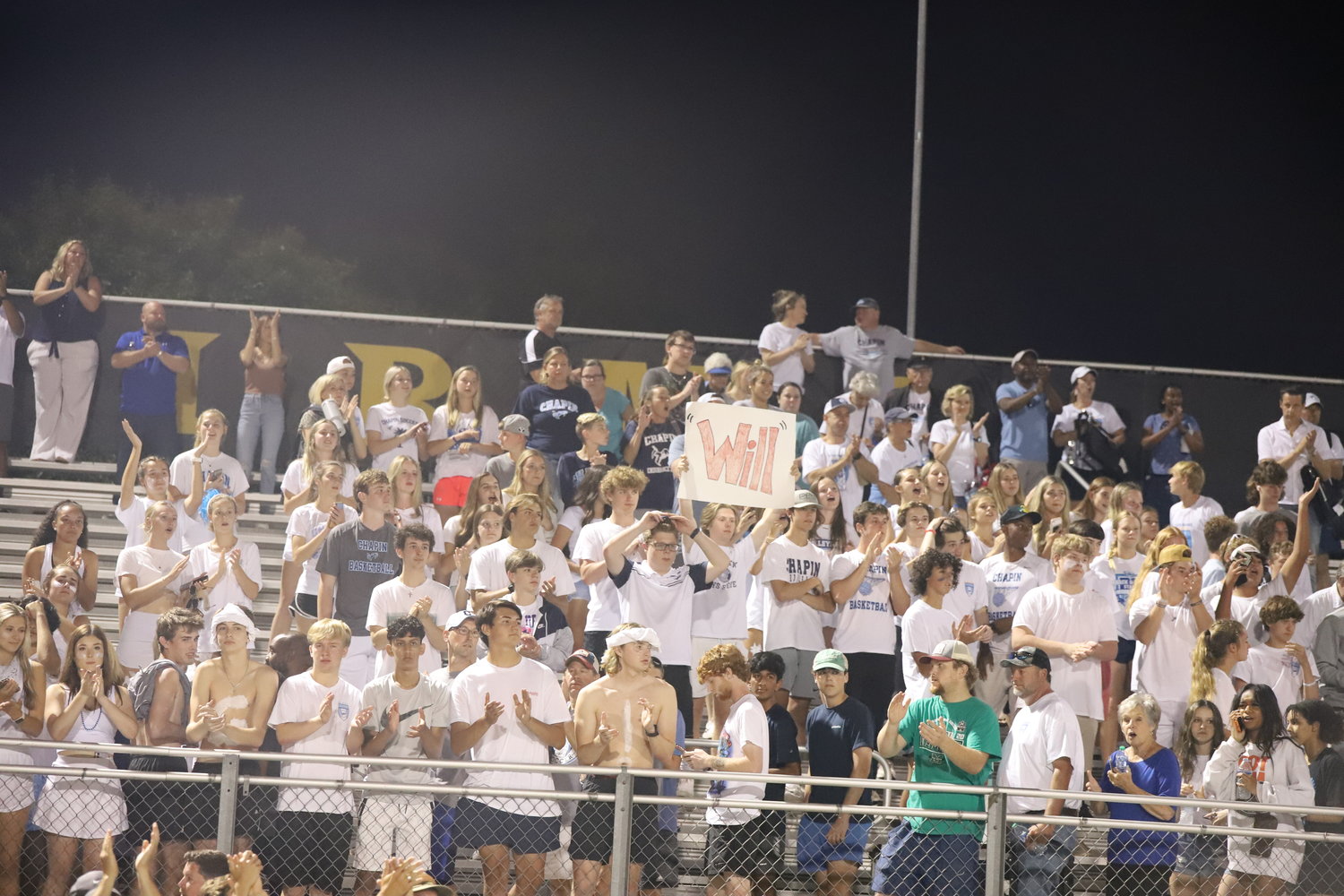 Both were denied in their quest.

Head boys soccer coach Kevin Heise hoped the fourth time in the state final would be the charm in his first visit with Gray Collegiate Academy.

Facing a near-dominant effort from Christ Church, the War Eagles fell 2-0 to the defending Class 2A champions Saturday at Irmo High School.

It was the 14th state title for the Cavaliers, third all-time in S.C. High School League history behind Bishop England (17) and Irmo (16). Both goals came in the second half in a span of two minutes by Jojo Ejiri, and Woods Windham made it 2-0 two minutes later.

“All the credit goes to Christ Church,” Heise said. “I thought their goalkeeper was phenomenal. I thought that was the difference in the match.”

Despite the defeat, Heise took pride in how the seniors helped build a program which he said has won more games than any other Lexington County team. He expressed confidence that his team will return to the title game.

For the second straight year, the Warriors defeated a Region 5-5A team to claim the Class 5A title.

This time, he held off an Eagles’ team which was seeking its sixth state title and fourth in a S.C. High School League classification.

“It is always bad when you are second because they don’t want that,” Chapin head coach Bob Taylor said. “It is a special thing that they just did. It is the 5A soccer playoffs and it is a tough run. We came out of Region 5 and that is a tough run.

“It is always hard because we are upset at this point, and we like to win state championships around here.”

After Keagan Price gave the Warriors a 1-0 lead in the first, Chapin had a potential game-tying head shot by Foster Smith nullified by a called push off in the box.

“We would have liked to see that first goal allowed, but that happens,” Taylor said. “The referee said pushed off and he probably did. A lot of times that doesn’t get called, but it was a foul.”

The Warriors added another goal nearly three minutes into the second half by Andres Moreno.

Thomas Holstein provided hope and new energy four minutes later for the Eagle faithful who filled the visiting stands. He lined in a shot from the top of the box for what proved to be Chapin’s lone goal.

The Eagles’ best opportunity to tie in the second half came when the Riverside net was momentarily empty as the goalkeeper was down with an injury. Warrior teammates were able to kick the ball away as play was stopped to attend to him.

Riverside was able to run out the remaining minutes and celebrate their 14th state title.

Region 5-5A teams will not have to concern themselves with a potential third straight meeting with Riverside. The Warriors are dropping to Class 4A next season.