It was not a festive holiday for most of the Chronicle County teams playing Monday.Out of three teams competing at the Crescent Construction MLK Boys Bash, moved to Brookland-Cayce High School, only … 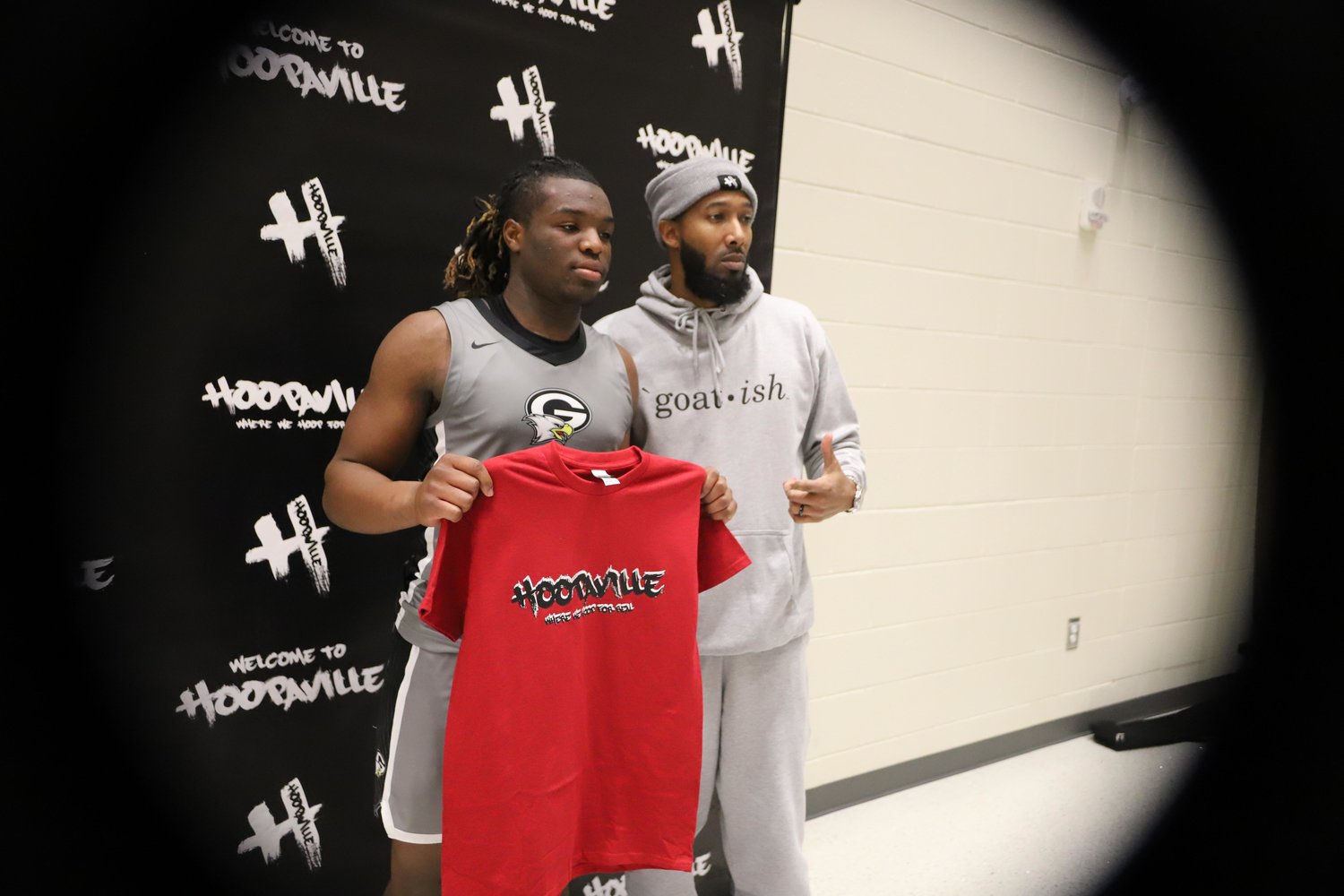 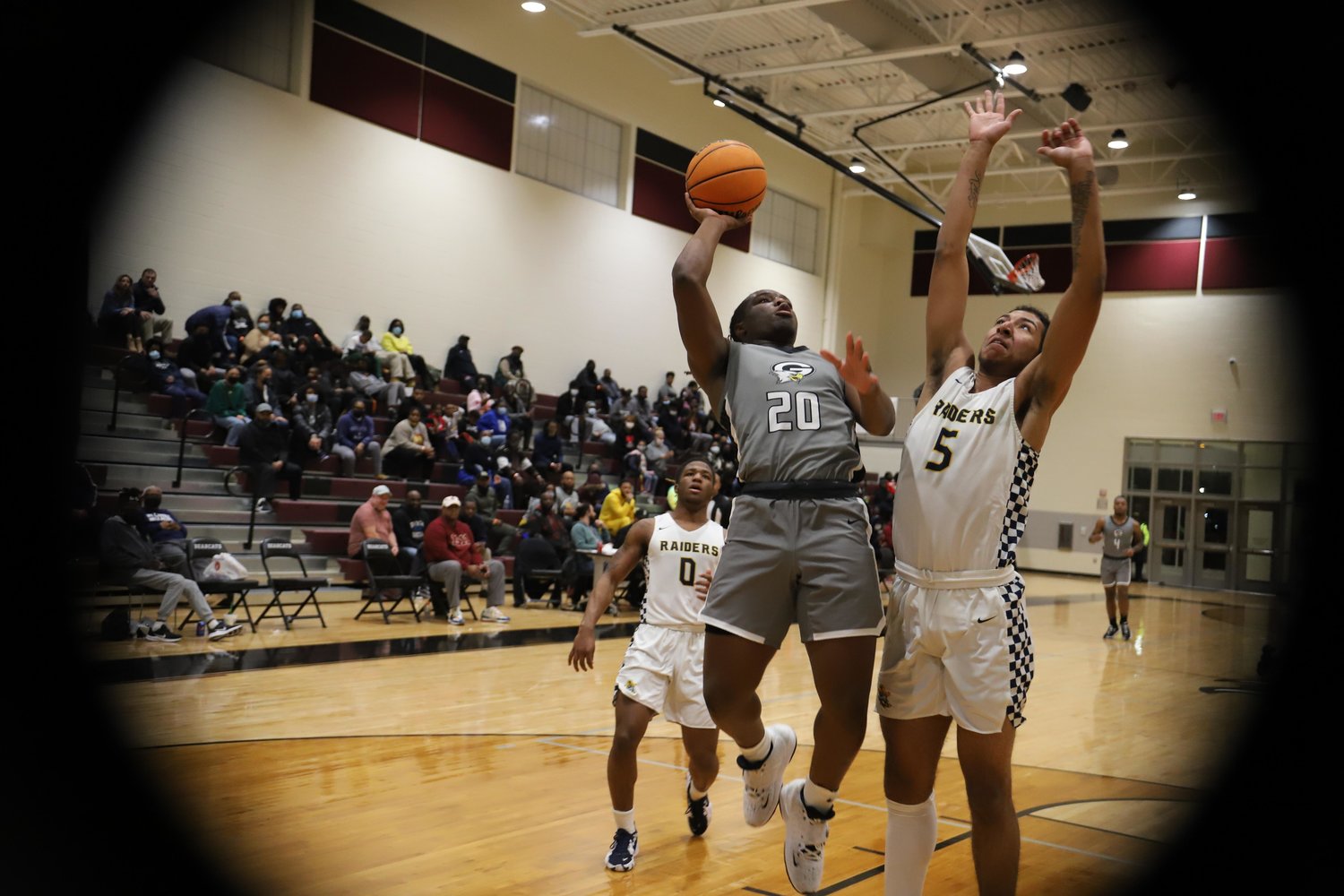 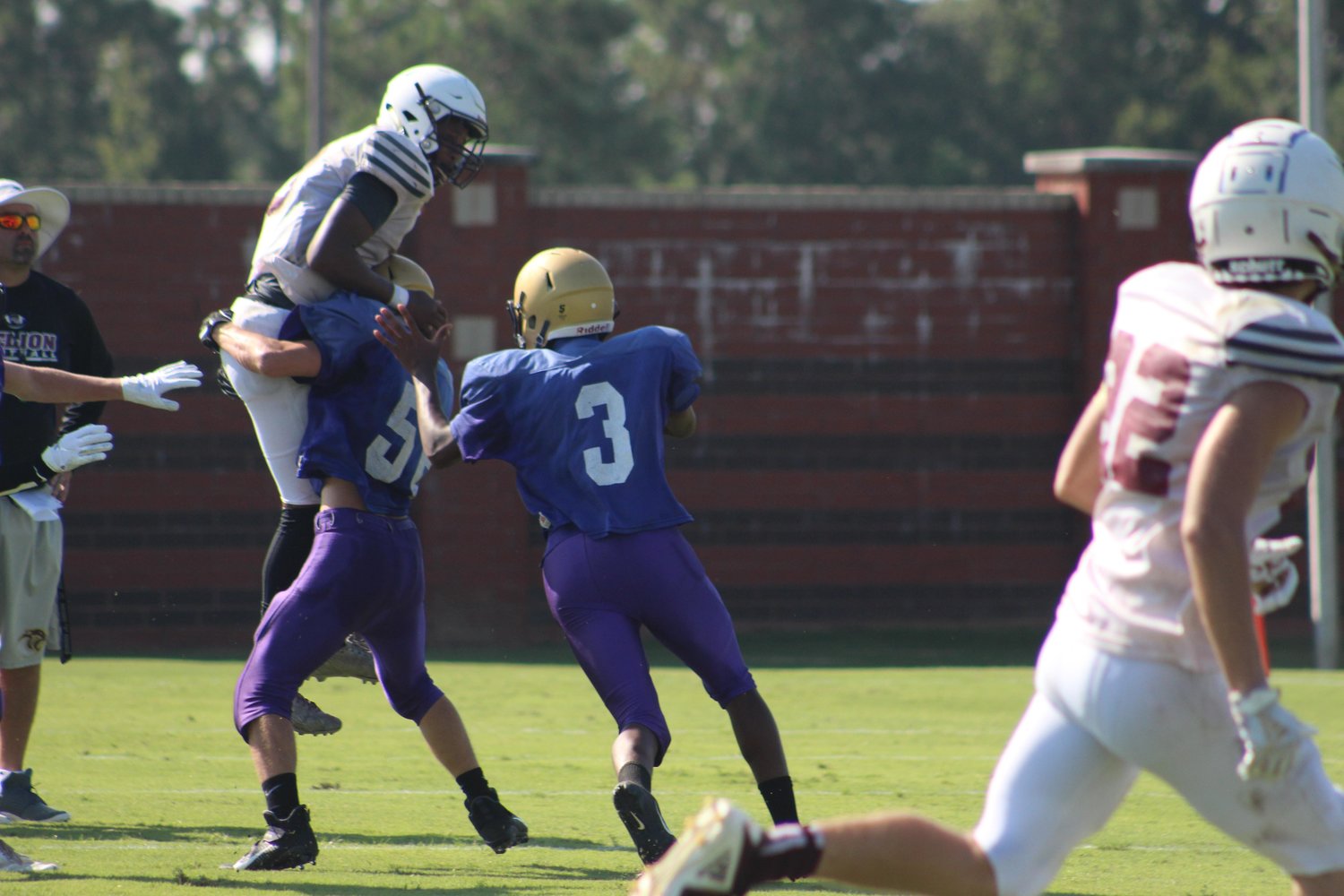 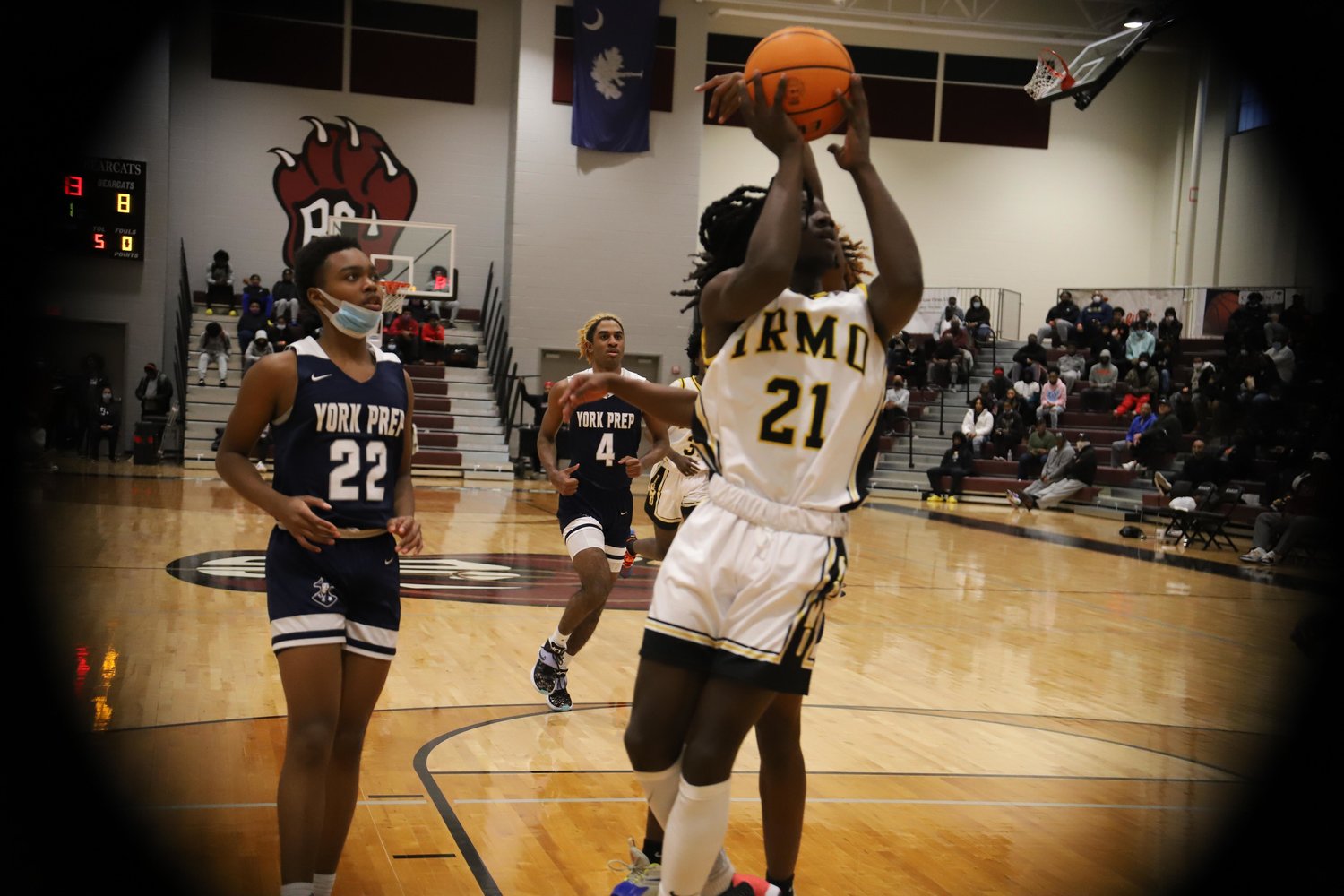 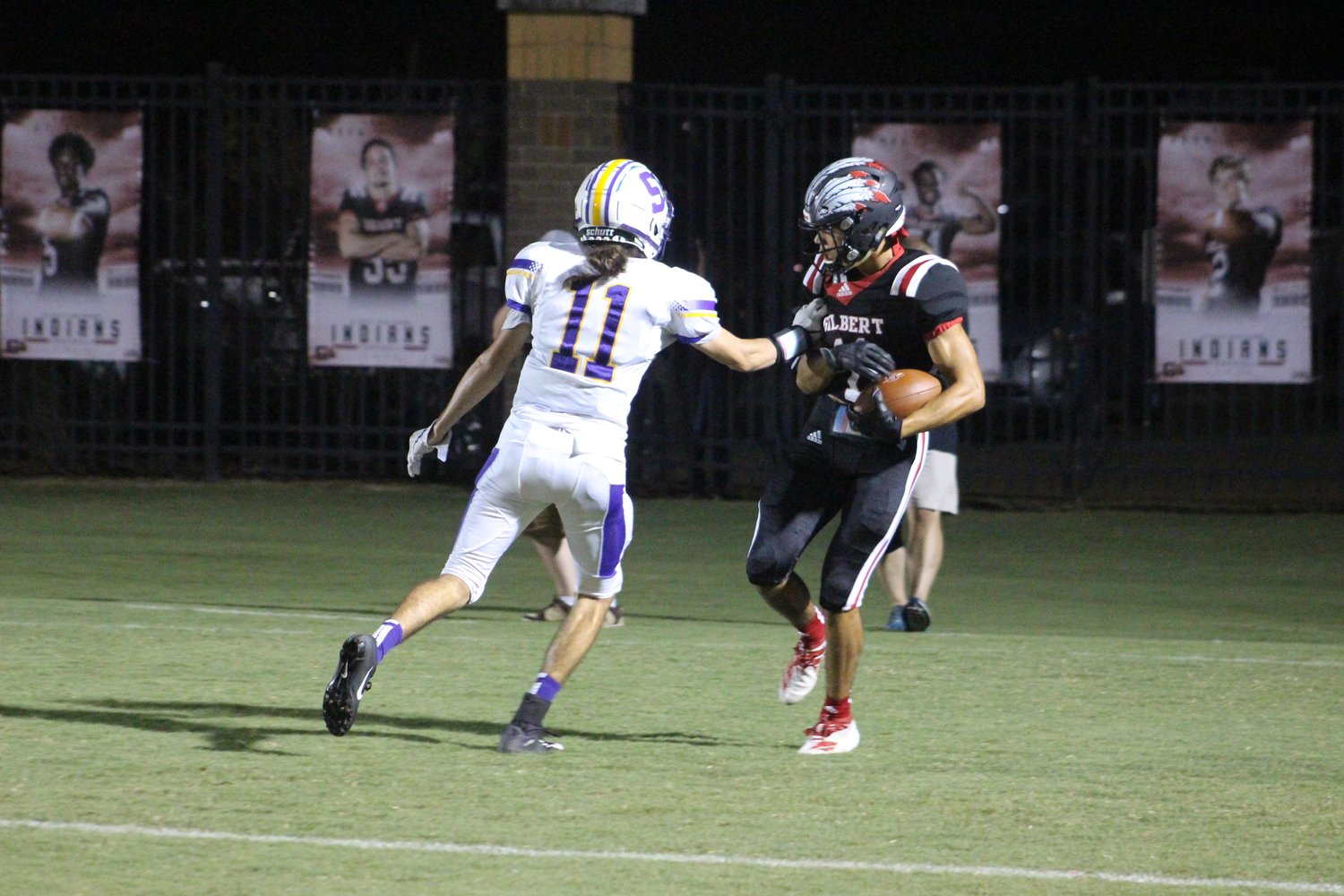 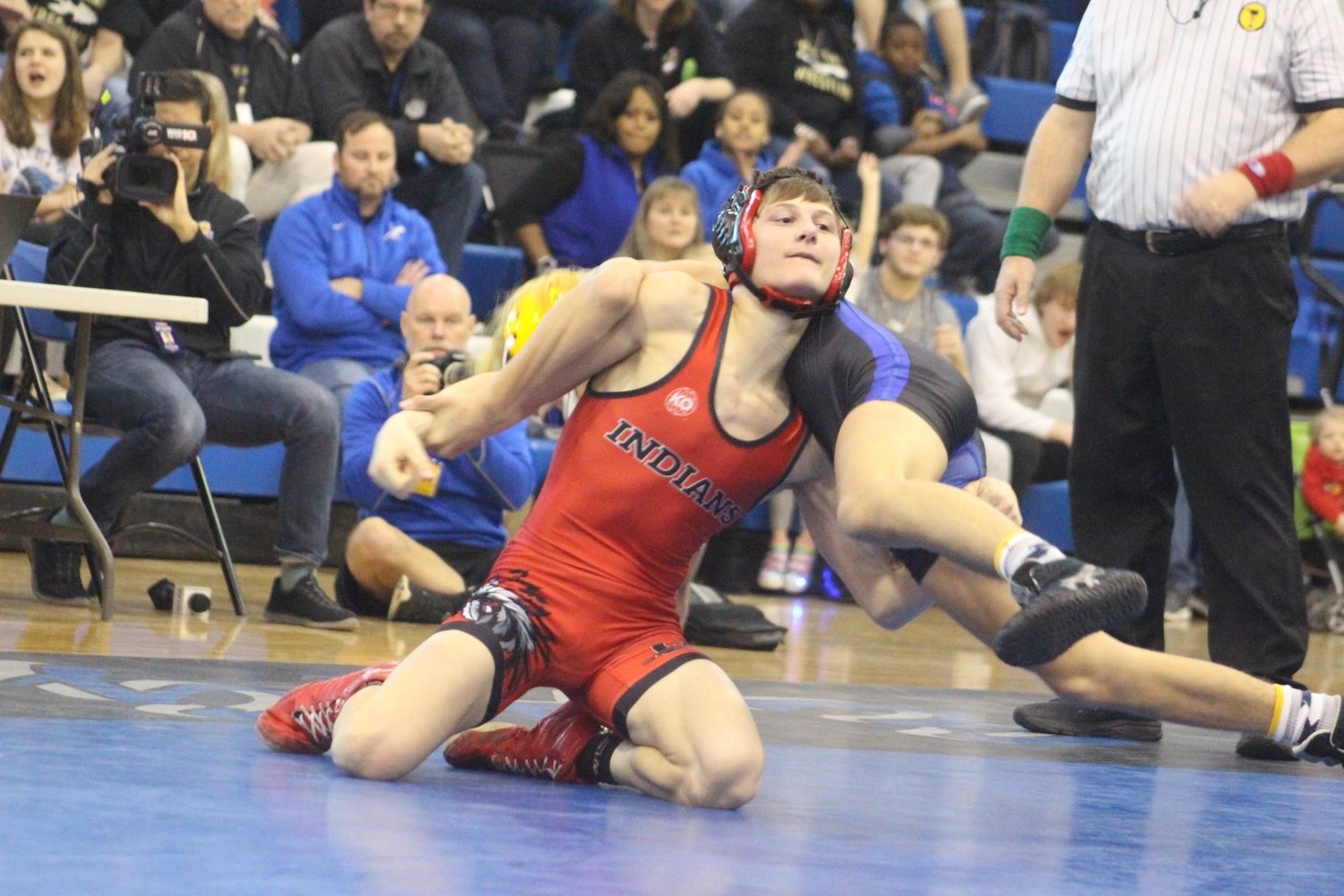 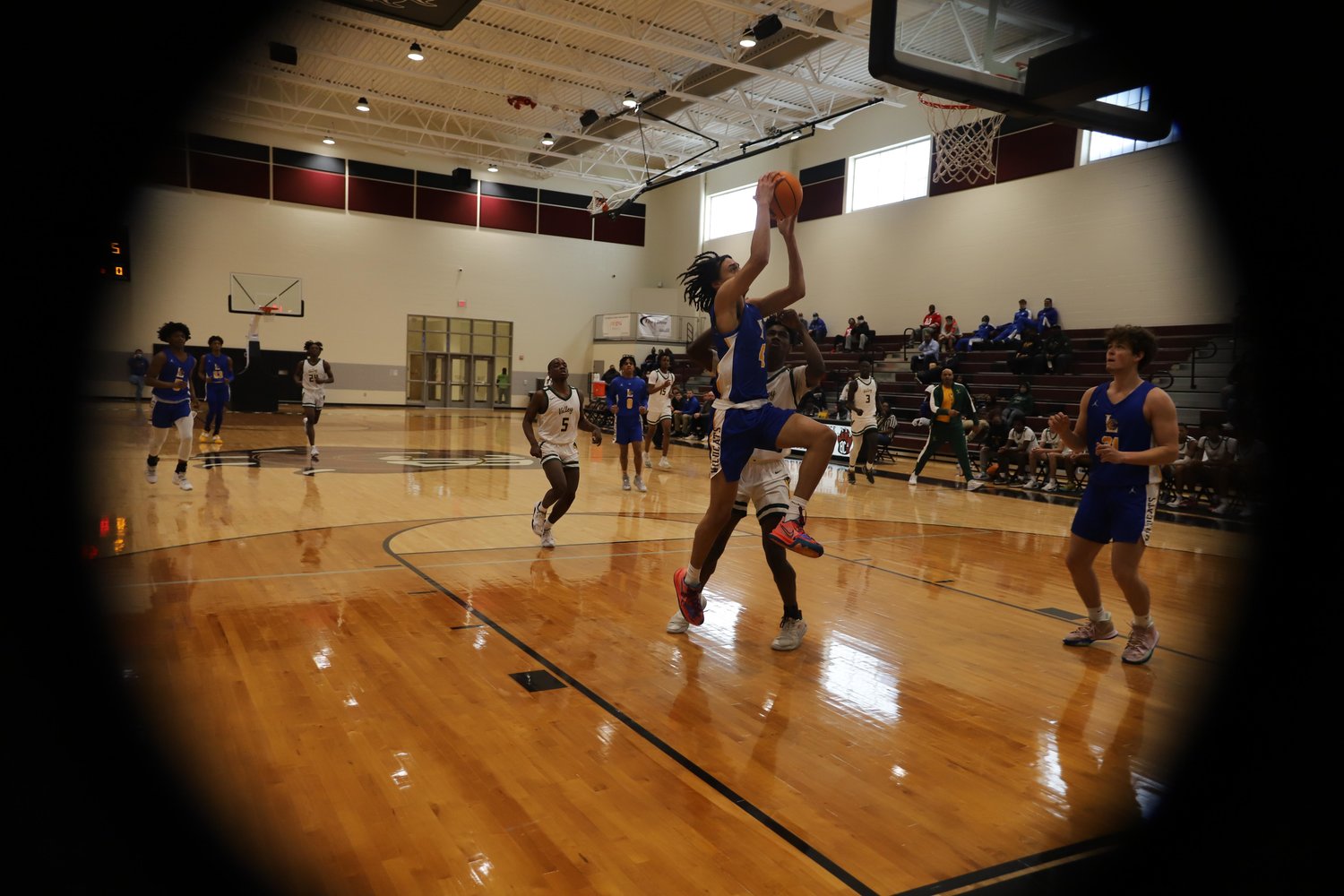 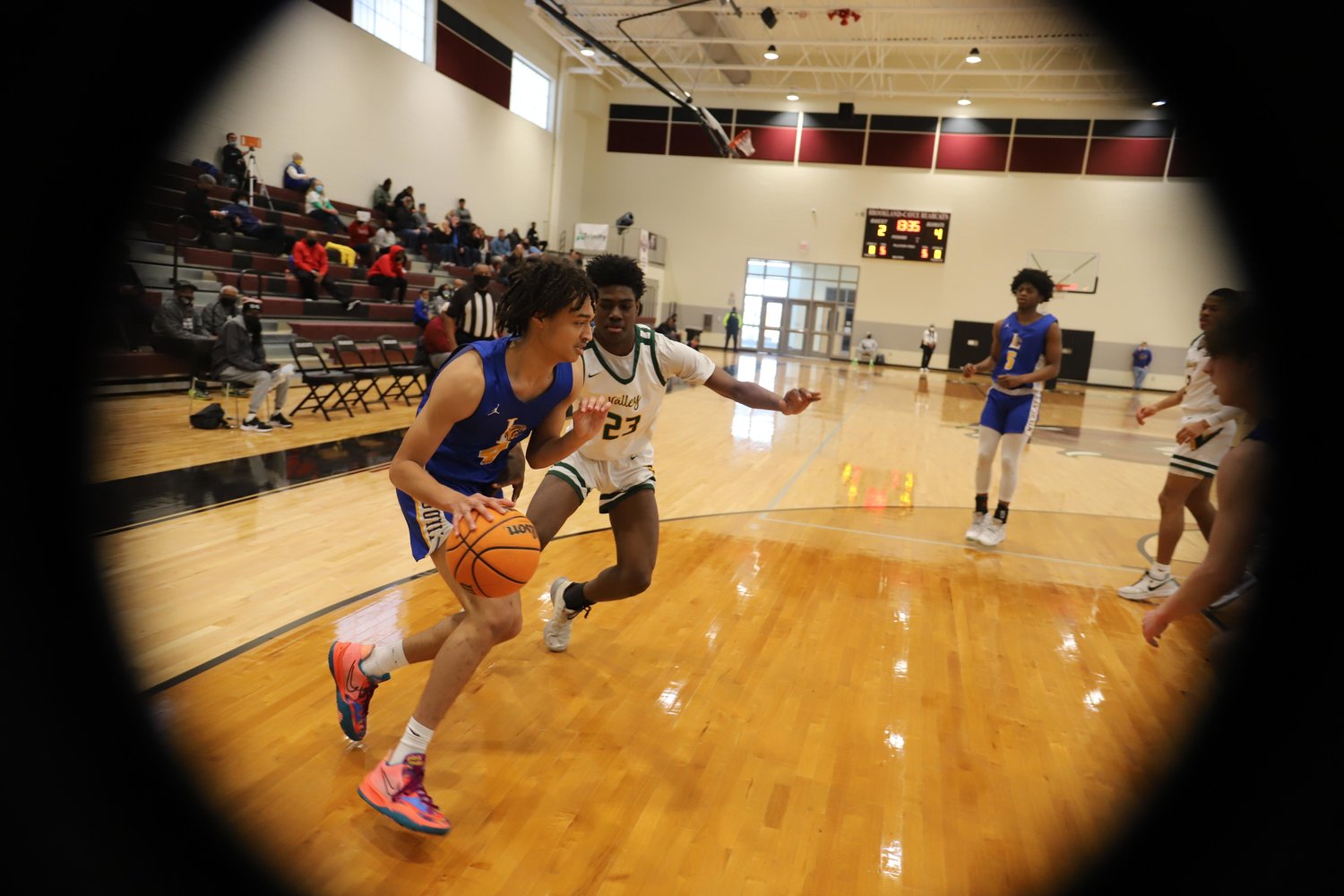 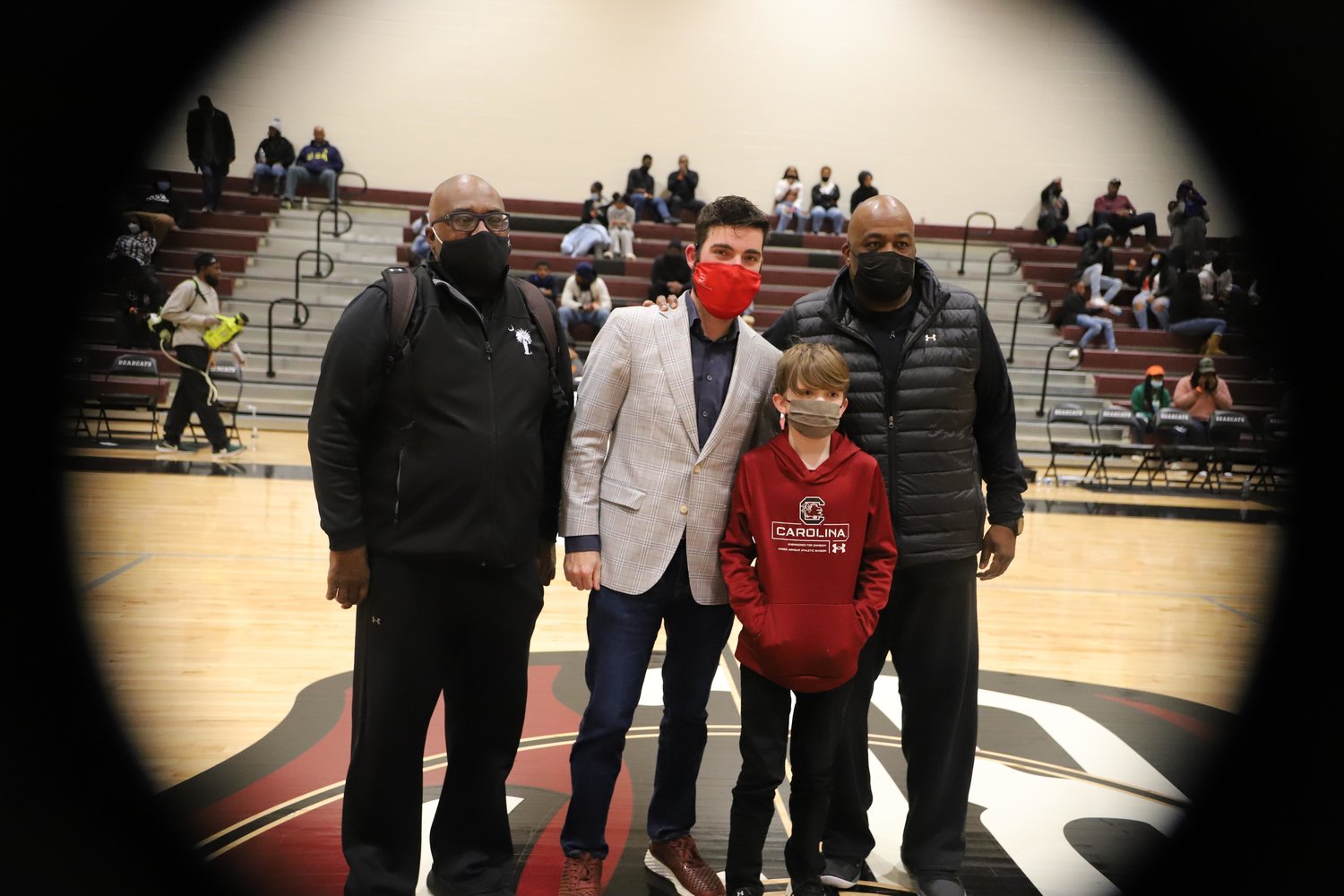 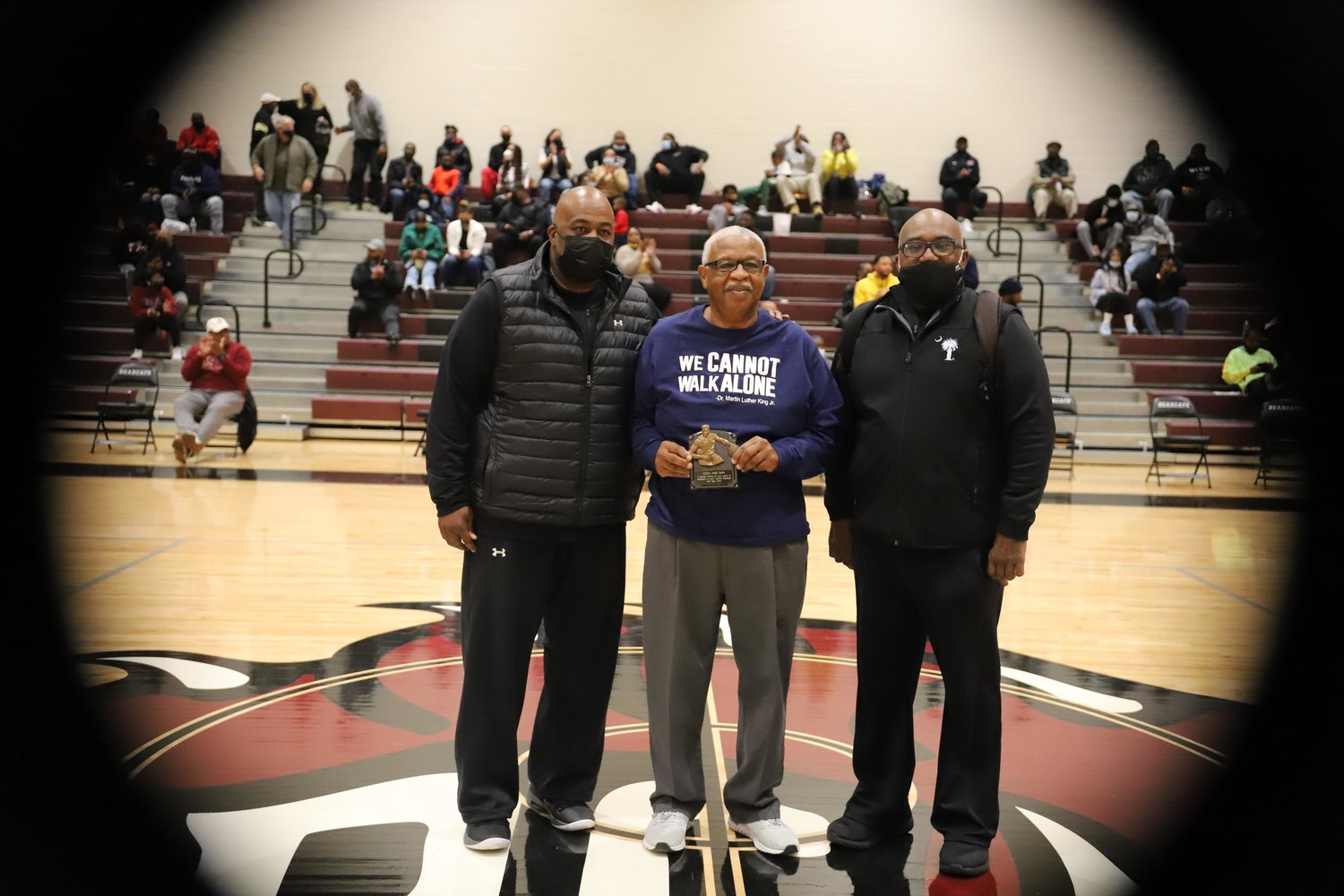 It was not a festive holiday for most of the Chronicle County teams playing Monday.

The War Eagles held off a late rally by longtime rival W.J. Keenan to win 54-50 in the event finale.

Jalen Jefferson scored 11 points, L.J. Britt had nine off the bench and Hoopeville Player of the Game Tory Kelly finished with eight points and four steals.

Gray Collegiate managed to build a 34-28 halftime lead. Keeping the Raiders within distance was Semajeh Echols with a game-high 19 points and nine rebounds and Christian Oree and Olyn Knox with 12 points each.

Britt and Montraivis White combined on three consecutive three-pointers to extend the War Eagles’ lead to 50-39 with less than seven minutes left. W.J. Keenan stepped up its defensive pressure to force turnovers and create points as part of a 11-2 run to get within a basket with less than a minute left.

The Raiders had an opportunity to tie or take the lead, but turned the ball over with 10.6 seconds left. Calvin Hall was fouled with 4.5 seconds left and hit two free throws to seal the win.

Up next for Gray Collegiate is an out-of-state contest against Hillgrove High School out of Powder Spring, Ga. on Saturday.

For the second straight game, the Yellow Jackets were on the losing end of a matchup with another highly-ranked team.

This time, it was the undefeated, No. 1 team in Class 2A, which sent top-ranked Class 4A Irmo to defeat.

Korey Davis’ driving layup as time expired pushed the Patriots to 17-0 on the season. Davis finished with 12 points, accounting for six of his team’s final eight points as it rallied from nine points down in the second half.

York Prep won despite just seven available players and getting outrebounded 35-23. Center Brandon Crawford had 17 boards to go with his team-high 14 points.

Aside from Dylan Williams’ 11 points, Irmo (14-4, 1-1) struggled offensively to pull away. Despite leading as many as nine points in the second half, the Yellow Jackets managed just 14 over the final 16 minutes.

Foul trouble for second-leading scorer Juice Kiett, who finished with six points before leaving the game with five fouls, especially made it difficult for Irmo to pull away. Trailing 41-37 with 2:48 left, Davis hit a reverse layup and two free throws after getting Kiett called for his fifth personal foul which forced him out of the game with 1:58 left to tie it at 41-41.

Irmo’s Williams put his team ahead with two free throws on the next possession, only for Ji’meion Brown’s layup with 52 seconds left to tie the game again. He finished with 13 points.

After Irmo failed to score, York Prep called a timeout. Davis worked the clock down until five seconds left. He drove into the paint and lofted a bankshot over the reach of Crawford and through the net for the win.

The Wildcats’ offense struggled against a Vikings team that snapped a two-game losing streak.

Cam Scott’s game-high 19 points was the lone highlight for a Lexington team that produced its second-lowest point total of the season. Ironically, the previous low was 40 against York Prep, which faced Irmo Monday at the Crescent Construction MLK Bash.

Spring Valley (9-10, 1-1) was led by Hoopaville Player of the Game C.J. Rich with 13 points and Justin Skelton with nine.

The Wildcats (8-10, 1-0) return to action Friday at Dutch Fork. It is the WACH Fox Sonic Friday Night Hoops Game of the Week.

Jahmari Kennerly scored 18 points and Christian Ferguson had 11 as the Bearcats fell on the road.