Once the field office moves into the new building, the FBI will lease it for at least 20 years. 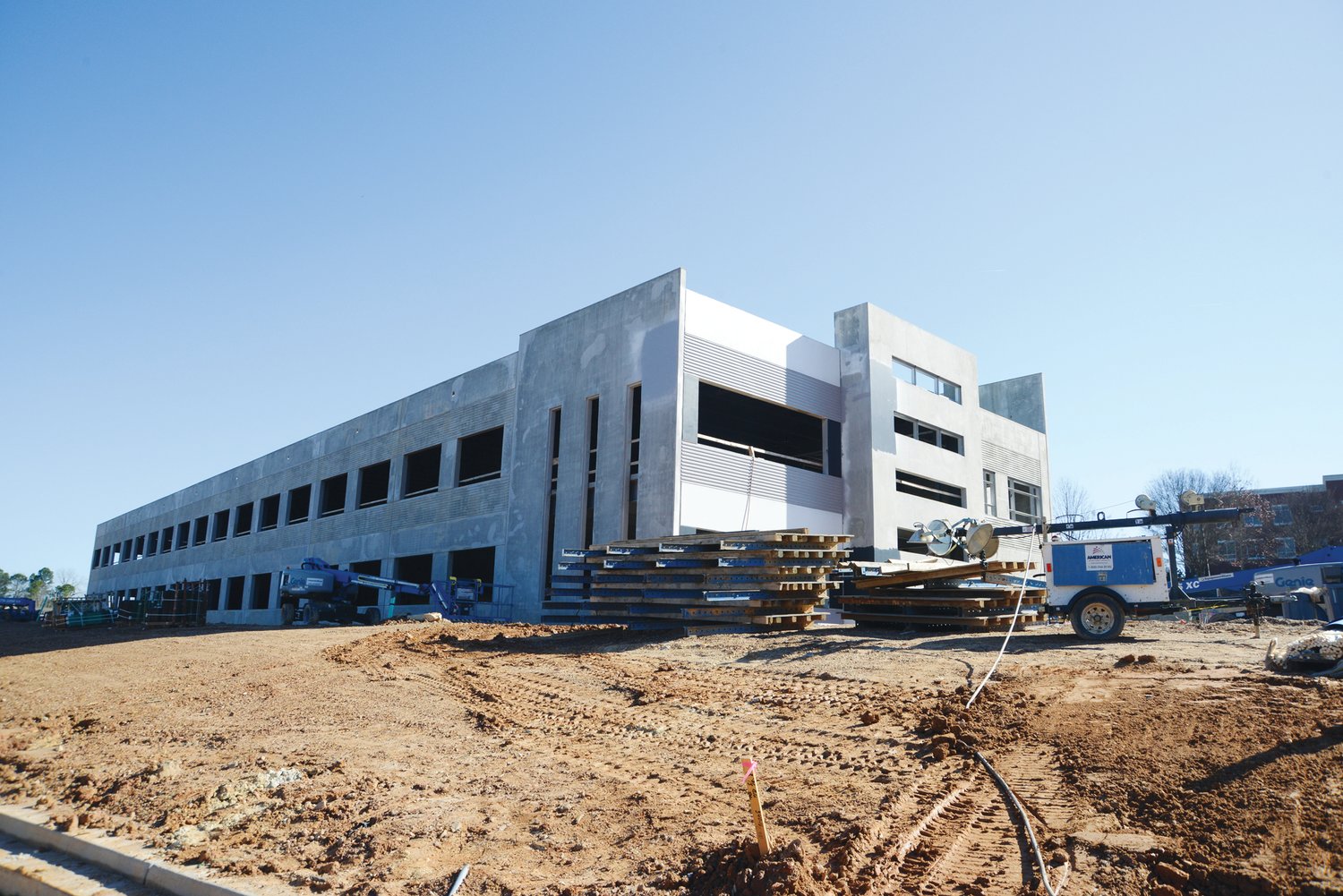 Lexington makes sense as the location for the new FBI Columbia field office headquarters for a variety of reasons.

“We’re really excited about having a new place and having a state-of-the-art building and being in Lexington,” Columbia Special Agent in Charge Susan Ferensic told the Chronicle. “I think a good portion of our employees live in the Lexington area. It’s a great place for people to live. It’s going to be a great place for us to work.”

The field office, which currently operates out of three buildings spread throughout the Columbia area, will move into the new building located off Sunset Boulevard (behind the Lowe’s) in 2023. Ferensic hopes the facility, which broke ground in October 2020, will be ready for some occupancy by early next year, with construction on track to fully finish by the end of 2023.

Once the field office moves into the new building, the FBI will lease it for at least 20 years.
Ferensic explained that a process through the General Services Administration governed the selection.

“There’s some factors that come into play,” she said. “We wanted to centralize around the Columbia area, obviously, because it’s the capital of the state. We had a radius in mind of how far out we wanted to go. Our other federal partners, many of them are downtown, so we wanted to make sure we stayed in close proximity to them.

“And then there’s some requirements about traffic, you know, accesses in and out of the facility in the neighborhood. And enough space for our security requirements. So really, it came down to a handful of locations that met those specific requirements.”
Ferensic said that a couple hundred people will work in the facility when it’s fully up and running, though she said she couldn’t be specific.

“We definitely try to avoid having anyone have any idea of exactly how many people and what those you know,” she explained. “I can tell you that the complement of people working there will be everything from special agents to a photographer, a nurse, you know, every kind of discipline that you can imagine. Intelligence analysts. It’s not just our agents that make up the FBI. workforce at this point.”

Consolidating the Columbia field office into one location will smooth out the operation.

“Our information technology specialists are now having to serve as three buildings throughout the Columbia area,” Ferensic said, explaining that they also maintain the eight resident agencies in South Carolina, which are spread out in Aiken, Charleston, Florence, Greenville, Hilton Head, Myrtle Beach, Rock Hill, and Spartanburg.

“We need to have as many people [as possible] in one geographic area located together. It helps us with our task force initiatives and our administrative business side of the house if that makes sense.”

One of those task forces makes particular sense in Lexington County, Ferensic noted.

Kevin Wheeler, the field office’s public affairs specialist, said they couldn’t divulge what technologies they will be gaining in moving to the new facility, but he is excited for the upgrades — both big and small.

“With every new building, you’re gonna have some things that are a lot better than what you’re in,” he said. “And we’ve been in this space since 1998. So you can just imagine — from everything to the lighting and to the shades in the building. So I think that there’s just your industry standard updates that we’re looking forward to.”