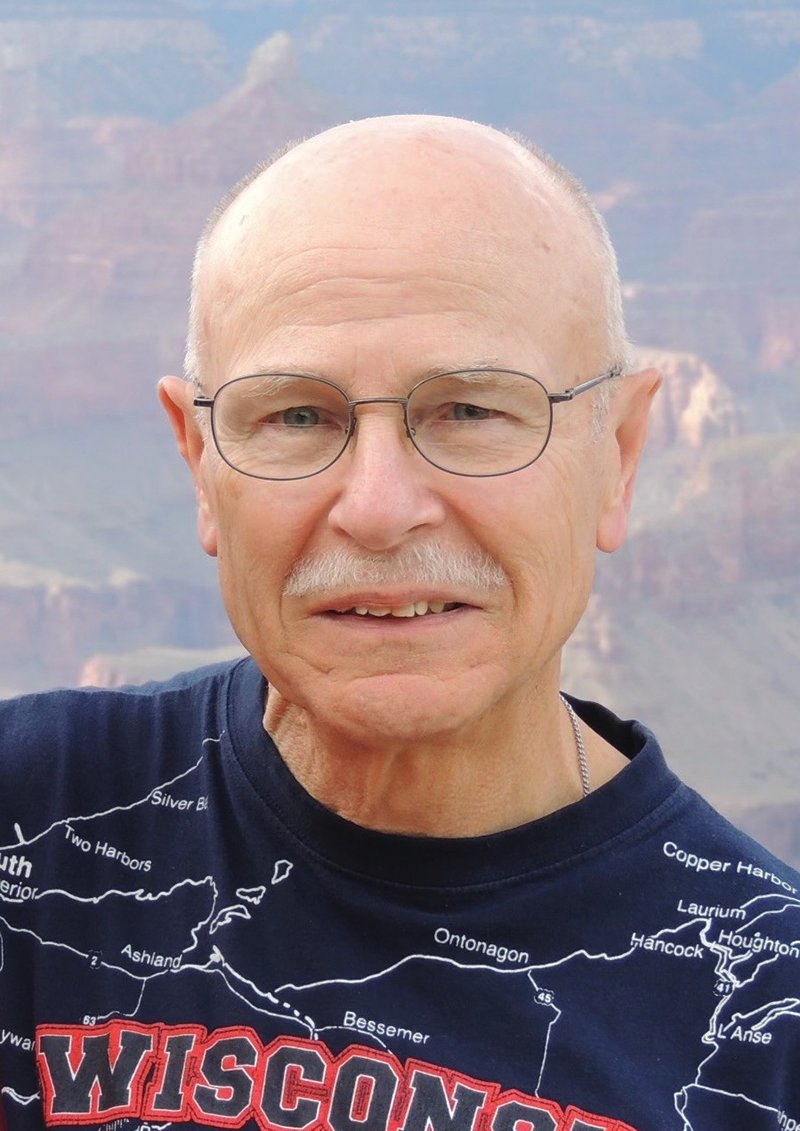 Our beloved James “Jim” George, age 77, passed peacefully at home from this life into Glory on March 3, 2022. His family was by his side. Jim was born in Columbia, S.C., to William and Eloise (nee Howell) George. Jim had many aunts, uncles and cousins growing up and had fond memories of their get-togethers with pig pickin’, shucked oysters, “bald” (boiled) peanuts and other wonderful Southern food. He also loved spending summers with a childless couple who were friends of the family, helping them bring in their crops. Jim would tell us that while working in the fields on terribly hot summer days, there were so many watermelons around that he would often just crack one open to drink the juice to cool off and wash his hands.

Jim graduated from Eau Claire High School in Columbia in 1962. He earned an associate degree from Midlands Technical College. Jim worked for a civil engineering firm surveying traffic patterns. Later on he had to make a decision for his career path.  His brother Fred was already working for the U.S. Geological Survey and encouraged Jim to apply. He joined his brother at the Survey and worked there from 1967 to 1997. Jim married Trudy Laffer in 1967 and they shared four children. Jim had an opportunity for a promotion and the family moved to Merrill, Wis., in 1975.  He loved fishing there and the change of seasons. He learned to endure the winters. In 1989 Jim married Susan LaMarche. Jim welcomed Sue’s grown son, John, into the family. Jim and Sue had 32 blessed years together until his passing. In recent years, Jim was thrilled with the arrival of grandchildren and was able to meet the youngest one born just six weeks ago. Jim was a great husband, father, grandfather, and friend.

Jim loved family time and it was great if one or more of the children could watch a Green Bay Packers game with him. He loved to watch all football but especially those Packers! Jim also belonged to a couple of coffee groups and always looked forward to the camaraderie with his friends. Jim was known for his gentle nature; his steadfast faith in our Lord; his southern twang, which identified him on the phone to many Merrill folks before he even told them his name; his utmost honesty; and his hearty appetite.

Some of his favorite foods were grits with butter and cheese, Shealy’s BBQ, DQ cake, Hoppin’ John and collards. Jim loved to take long walks and he appreciated the simple things in life. His faith was important to him, and he was a member of Bible Presbyterian Church for over 40 years. Jim was also a deacon for over 15 years and the building treasurer for many years. He enjoyed working with his hands, and after retirement from the Survey he worked part-time finishing wood on antique organs. Jim loved tools, and it was important to own the right tool for the job. He had a keen interest in anything mechanical and just needed to know or figure out “how things worked.” He was great at telling stories and had many to share. Jim loved cars and often knew the type of engine in a car he saw on the highway as well as its model year. He once owned an Austin Healyb which he dearly loved.

Jim will be sorely missed by his wife Susan and children: Ceree of Long Prairie, Minn.; Clinton of Wyocena, Wis.; Nathan of St. Paul, Minn.; Mitchell (Carolyn) of Oregon, Wi., and stepson John of Schofield, Wis. He is further survived by grandchildren Esther and Adelaide, Louisa and Atlas. He was preceded in death by his father, William “Bill”; mother, Eloise; brother, Fred; niece, Dawn, and a number of aunts, uncles and cousins, all of whom he dearly loved.

The family thanks the members of Bible Presbyterian Church and others who have faithfully prayed for Jim through the years as he endured a number of heart surgeries and procedures. We thank Aspirus Comfort Care and Hospice for their caring services, especially his nurse, Tina, who made it possible for Jim to stay at home through his final days.

A public visitation was held on Friday, March 11 at Bible Presbyterian Church with the service at noon and a luncheon to follow. Pastor Andy Perry will officiate.

Church-Merrill, Wisconsin Facebook page with the title of Jim George’s Funeral. Memorials may be given to Bible Presbyterian Church 1605 Hwy G, Merrill, WI 54452 .There will be a separate service for Jim in Lexington, South Carolina at a later date where he will be laid to rest with his father.

Waid Funeral Home and Cremation Services of Merrill is assisting the family with arrangements. Online condolences are encouraged and may be made at www.waidfuneral.com.