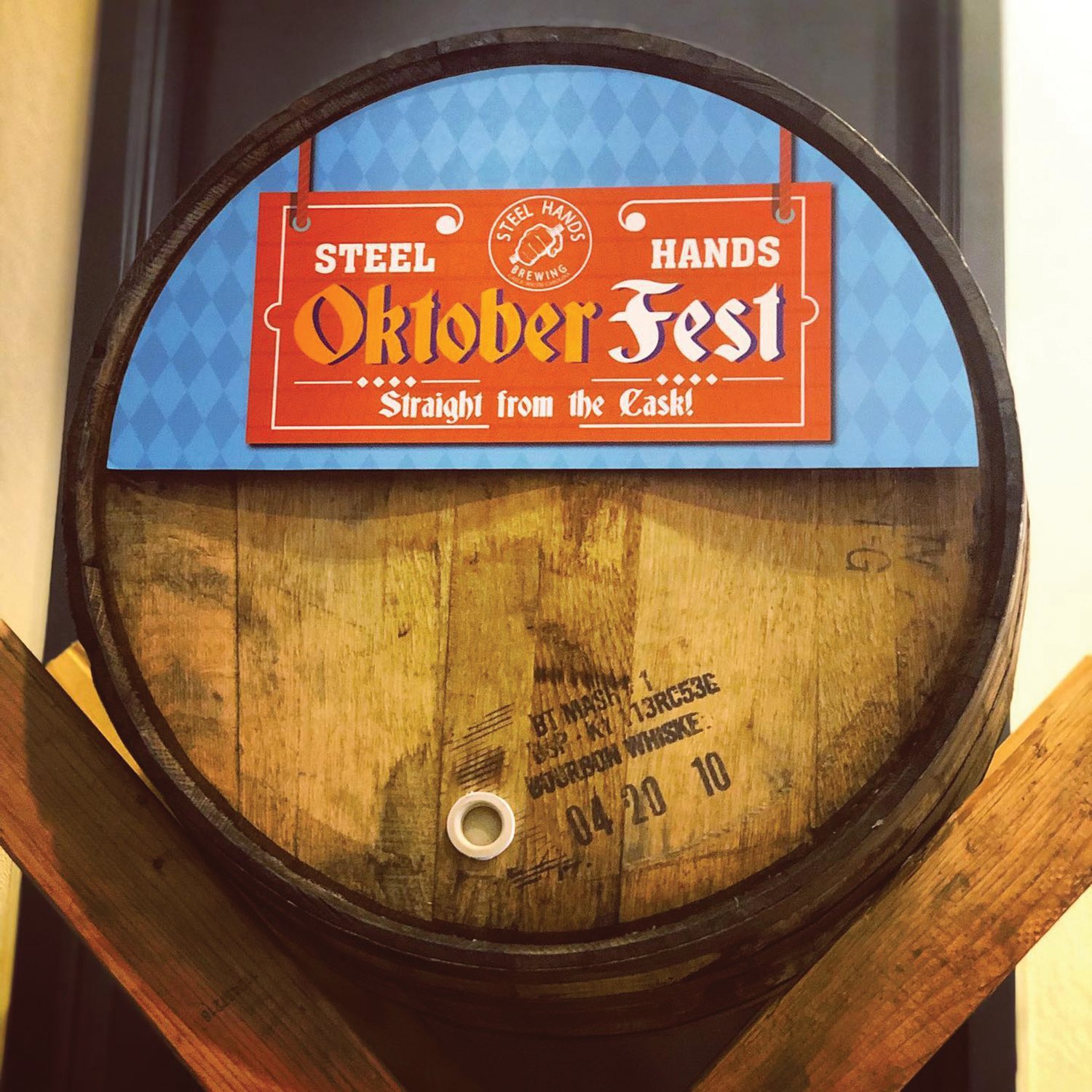 Steel Hands Brewing will tap a ceremonial cask of its Oktoberfest beer at this week’s event.
Provided
Posted Thursday, September 22, 2022 9:56 am
By Jordan Lawrence
jordan@lexingtonchronicle.com

Oktoberfests, like craft beer, have proliferated across the Midlands in recent years.

As Lexington County turns the calendar to fall, the Chronicle found details for five upcoming Oktoberfest events in the county. The regional events calendar maintained by Experience Columbia SC lists 10 such events around the Midlands between Sept. 22 and Oct. 16.

The original Oktoberfest dates back to the 1800s in Munich, Germany, and many of the Oktoberfests around the Midlands try to approximate aspects of this celebration.

Cayce’s Steel Hands Brewing goes particularly far in this regard — tapping a ceremonial cask of its seasonal Oktoberfest release; bringing in a polka band, serving German favorites such as jägerschnitzel, sausages and kartoffelpuffer (potato pancakes); and holding grain toss and stein hoisting competitions.

“It’s all about the fans at the end of the day,” said Ashley Lambert, the brewery’s marketing and business development director. “When they come to our taproom, they want an experience. We pride ourselves on being a destination and, you know, we need to give them what they want. They want to come out and they want to celebrate and they want to feel like they’re at this really cool Oktoberfest, authentic-style event.”

Lambert emphasized how the celebrations of German beer and culture increasingly go hand in hand with American craft beer.

In addition to being able to draw a large crowd, Oktoberfest is an opportunity to showcase Steel Hands’ brewing with the approachable and crushable styles associated with the season — last year, it was a märzen, one of the two main Oktoberfest styles, and this year, it’s the other, a traditional Festbier.

One advantage of the increasing variety of Oktoberfest celebrations in the area is that not every spot feels they have to do it the same. At WECO Bottle & Biergarten in West Columbia, the plan is to emphasize the communal aspect of the tradition, eschewing the music and competitions to focus on providing a selection of imported German beers and an ample array of food trucks, gathering folks around outdoor tables to consume and converse.

“It’s in our name that we are a biergarten, so it’s almost expected, to a degree,” WECO owner Phill Blair said of the decision to host an Oktoberfest.

“They come in different forms depending on who’s throwing them. We throw one that we like, you know — kind of like, peace and quiet. It’s not a bunch of hokey stuff, actual German beer. It’s also kind of like our official celebration of the scorching hot summer being over.”

Oktoberfests are also leveraged for charitable intent. For more than 20 years, Lexington’s Pine Press Printing has hosted its own version, utilizing the drinks and food and good times to not just rally a family-friendly community event, but to raise money — this year with a silent auction benefiting the Midlands Special Needs Foundation.

“You never used to really hear about Oktoberfests,” said Amanda Kelly, a project manager at Pine Press, speaking to how the increasing popularity of the events helps draw people to theirs.

“I definitely don’t see it being any competition.”

We will continue to list new events as they are announced. Check the Stay Here, Play Here calendar each week or lexingtonchronicle.com.