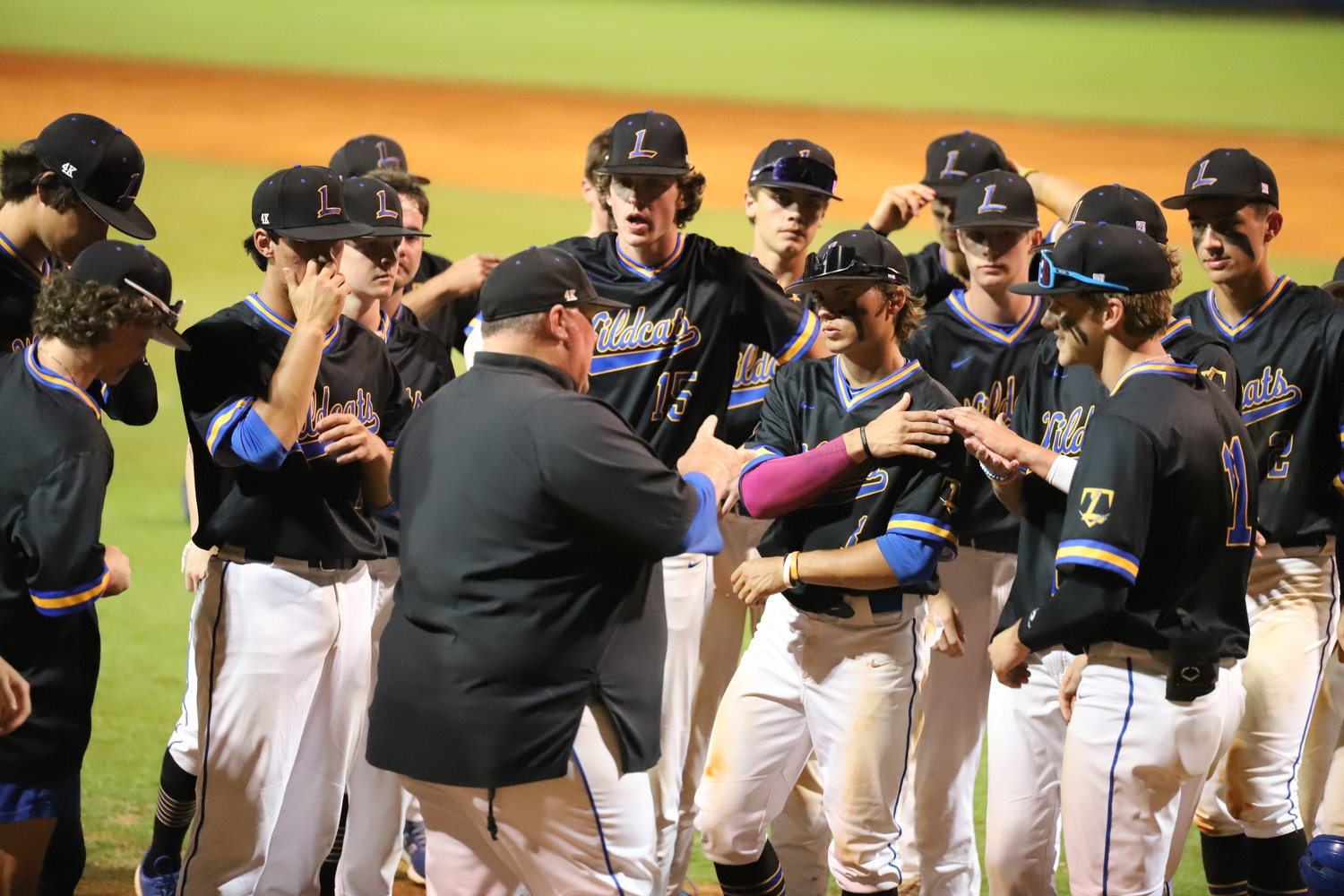 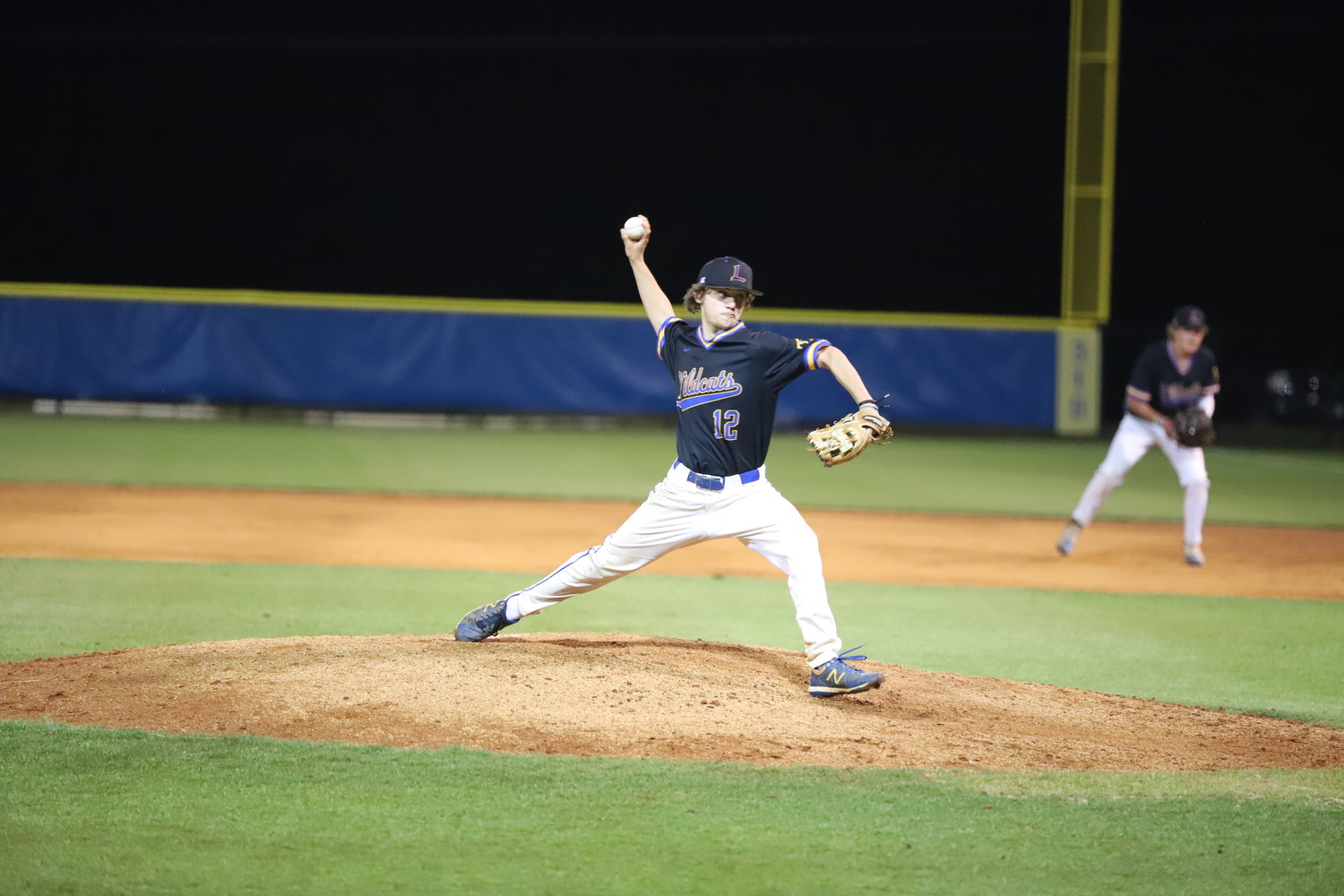 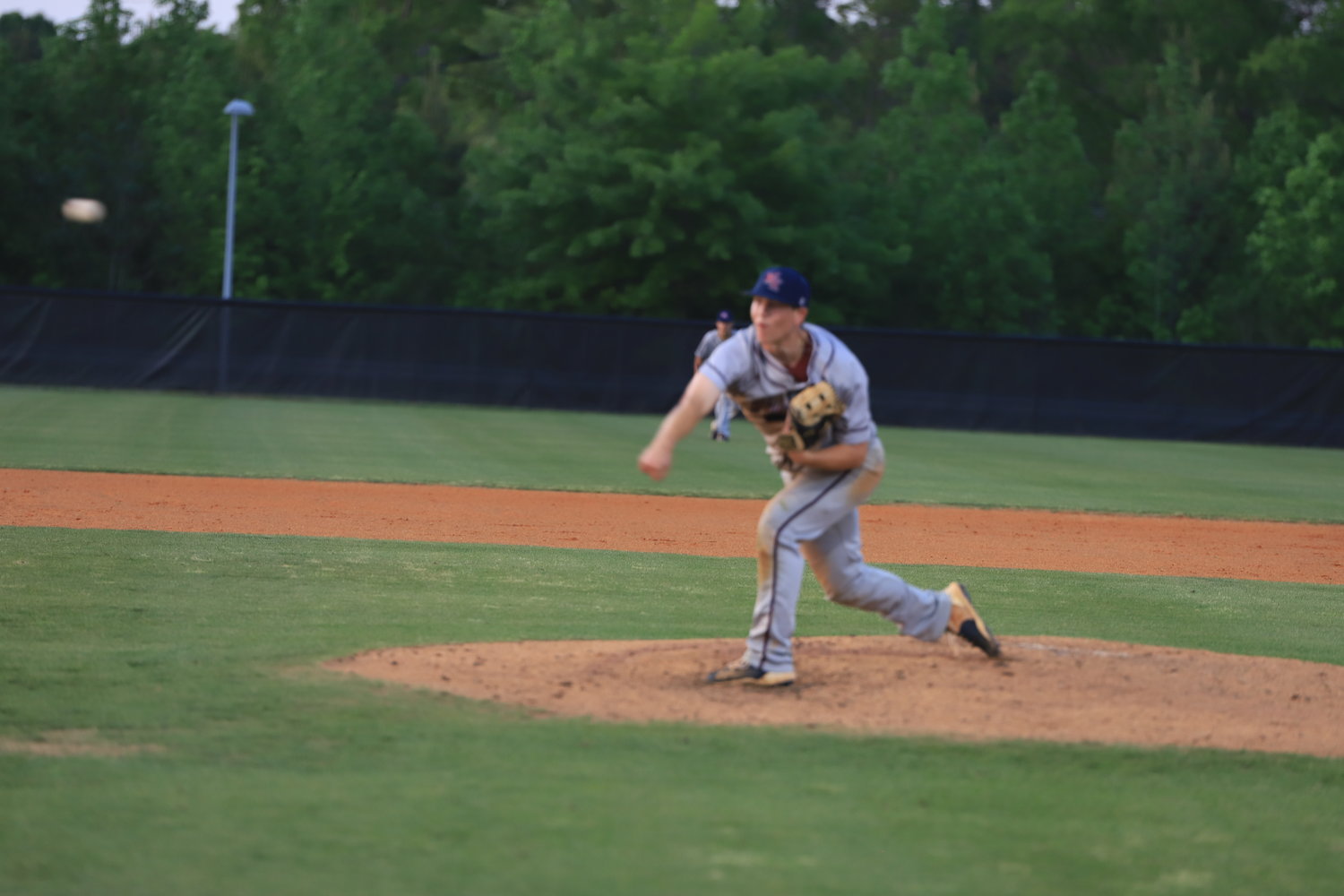 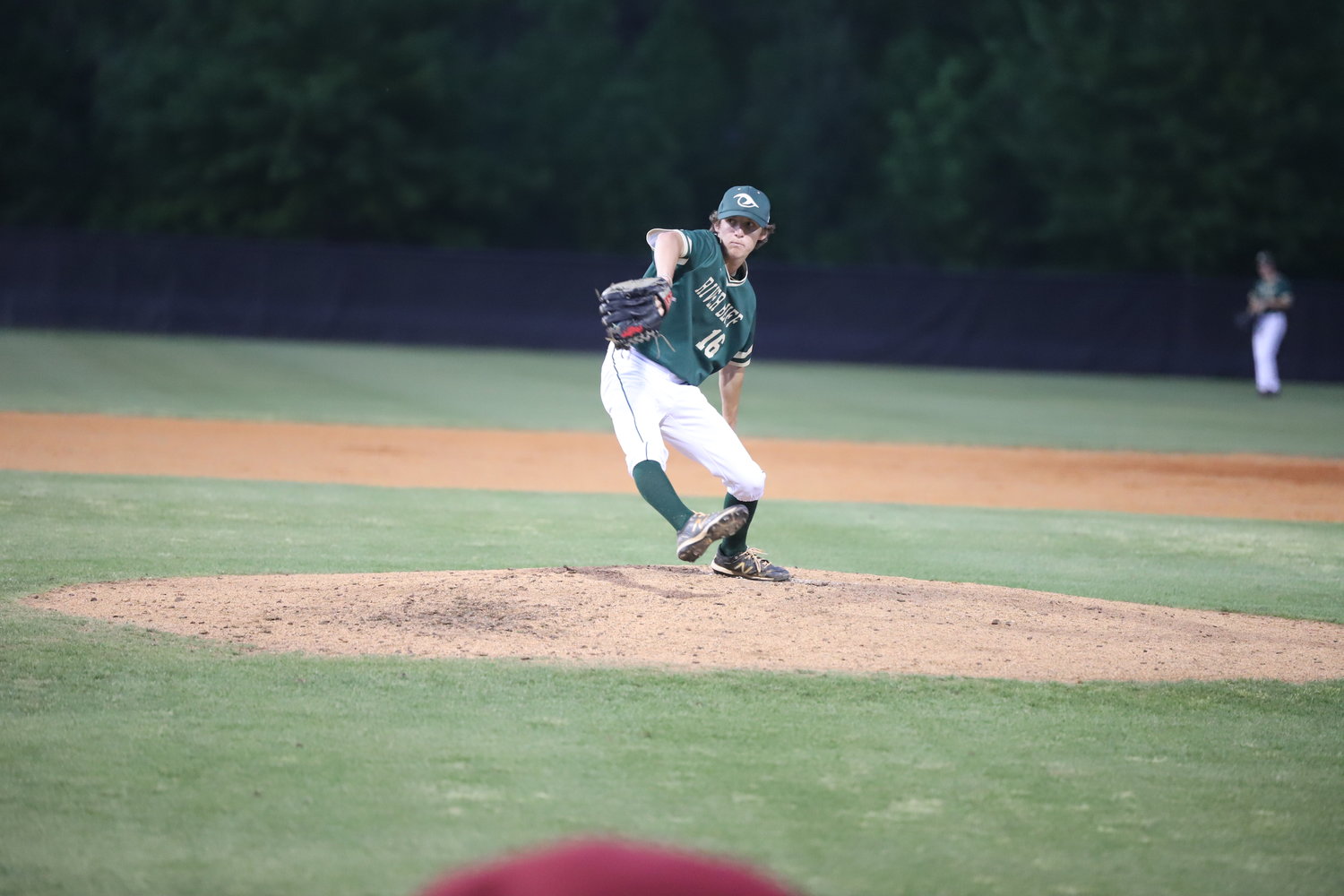 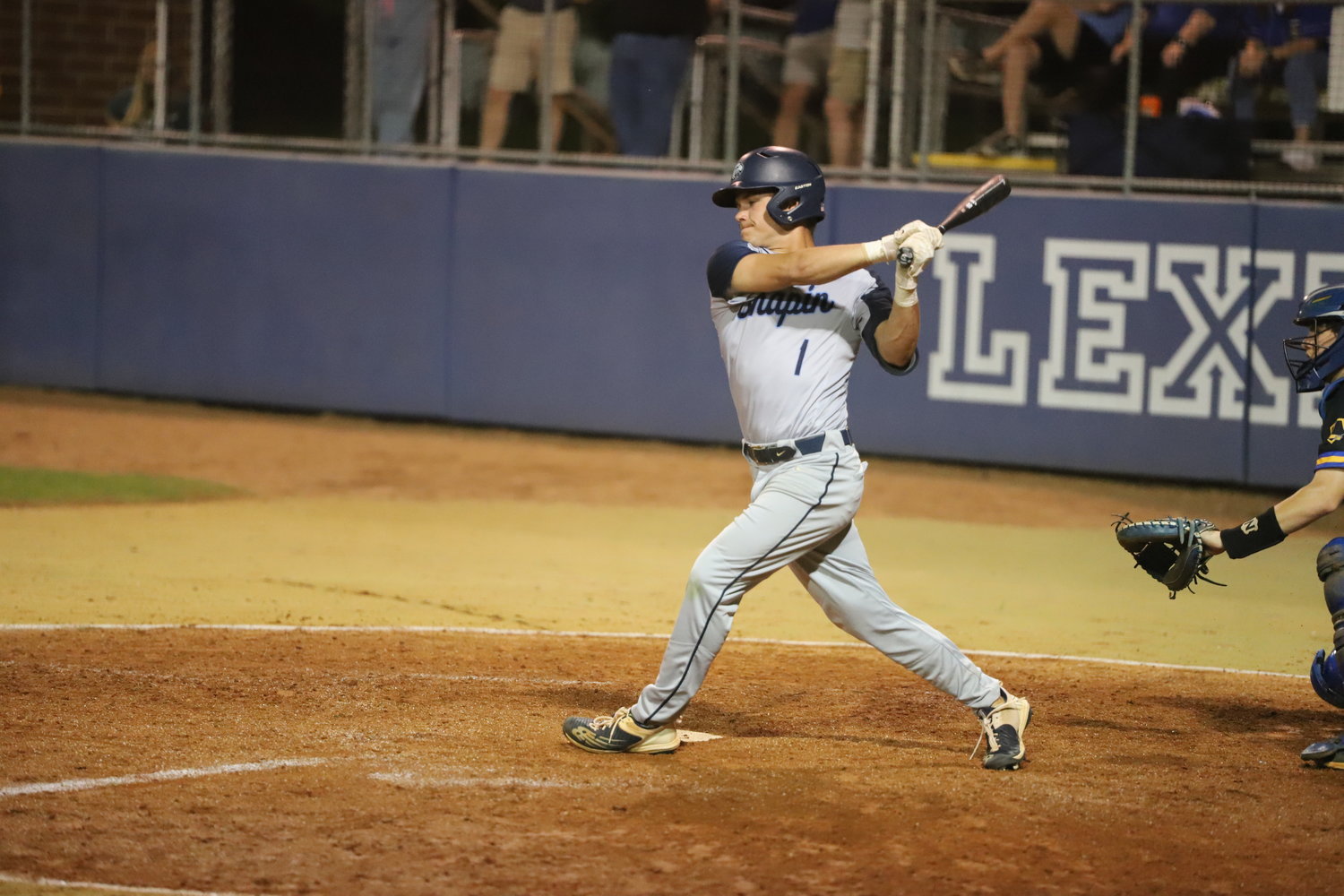 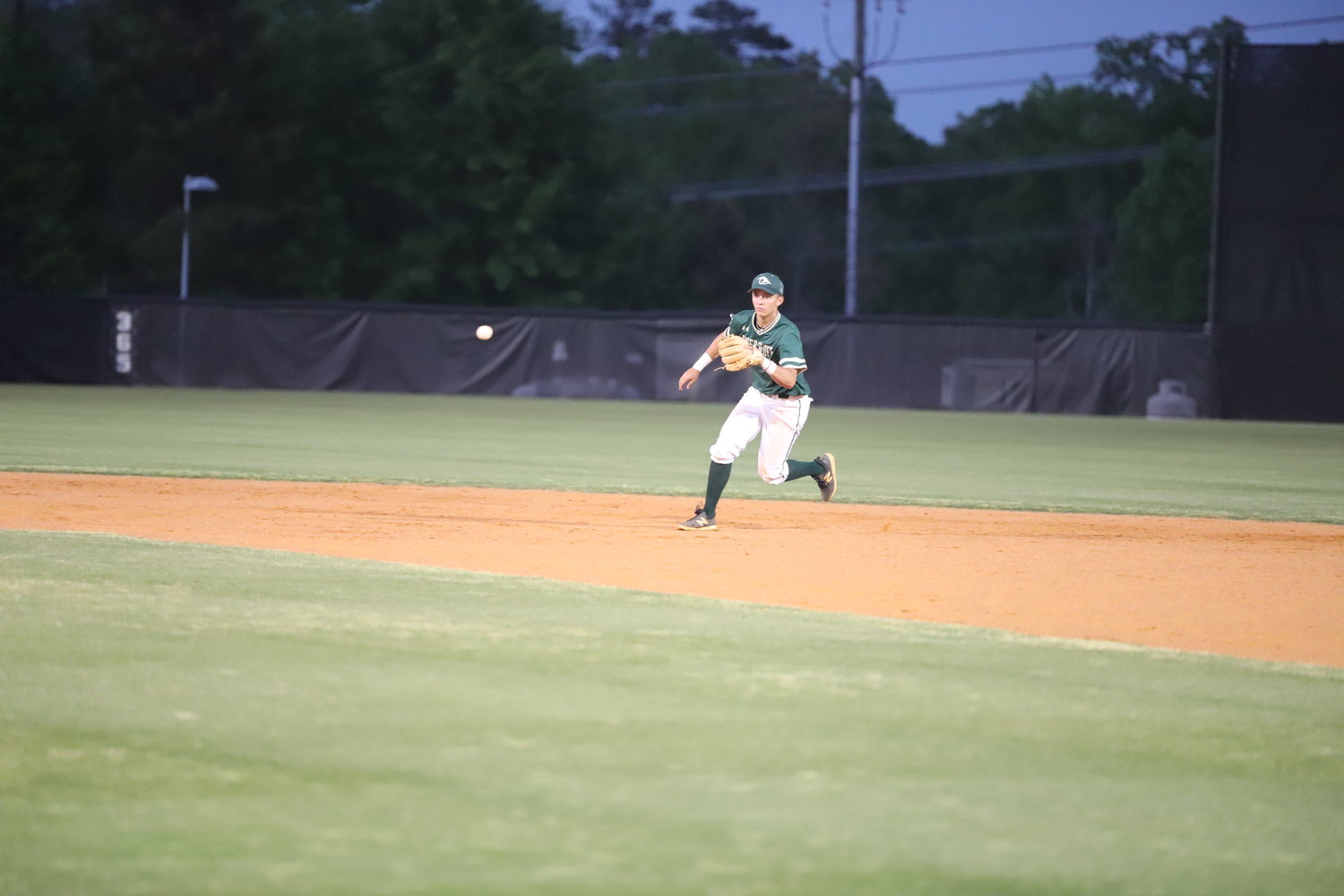 A team of battlers

So I feel like we're a battle-tested team and one of the best teams in the state.”
Lexington's Caleb Warren
By Thomas Grant Jr.
thomas@lexingtonchronicle.com

Gilbert softball clinched its Region 5-3A title, while Lexington baseball is a victory away from holding off River Bluff for the Region 5-5A baseball title.

The Wildcats will look to close out the region race Wednesday in Chapin.

We always talk about going 1-0 every day," Lexington head coach Brian Hucks said. "We don't want to push this thing to Friday, for sure. We're going to go with this with everything we've got."

Down 4-0, the third-ranked Wildcats found themselves in position to pull off a comeback victory.

Sparked by Caleb Warren's four RBI, including a game-tying 3-run homer, Lexington rallied to defeat the Eagles to improve to 17-5-1 overall, 9-1 in Region 5-5A.

"All of us are just battlers," Warren said. "Some of us have been playing with each other since we were 5-6 years old and so we know our strengths and weaknesses. And so, we've been in different types of battles this year, last year and years previous. So I feel like we're a battle-tested team and one of the best teams in the state."

Chapin took a 1-0 lead in the first inning on an RBI fielder's choice by Caden Reeves to score Matthew Lively. In the top of the second inning, Jennings Green reached on a one-out single and Mattox Floyd drew a walk.

This set the stage for Lively for a three-run homer off University of South Carolina commit Reese Marcum to put the Eagles up 4-0.

Marcum did not allow another run and finished with 10 strikeouts in five innings.

Nathan Hall put the Wildcats on the board with an RBI single. After Foster Apple opened the bottom of the fourth inning with back-to-back walks, Warren cleared the bases with a home run to tie the game at 4-4.

The Wildcats broke the game open with the bottom of the sixth inning. After a one-out double by Hall, Long scored him with the first of four consecutive singles to load the bases.

"It's a huge sign for a team that they've got some composure about themselves," Hucks said. "We felt like some balls and strike calls were going against us and the kids were getting frustrated. But they just trusted in the process. They trust what we do and they don't make excuses. They found a way to battle and compete.

"At the end of the day, this program is about competing every pitch and that's what they did tonight."

The 13th victory in the past 14 games produced a combined no-hitter from the Gators' pitching staff.

Beau Hollins struck out eight in six hitless innings and Matthew Garris threw a perfect final inning. It was the sixth shutout in the past eight games for River Bluff (19-4, 8-2).

"We were just a little inexperienced on the mound and Coach Hummers for us has done a great job with our pitchers and really, they continue to develop," said Gators' head coach Mark Bonnette about his pitching staff in the early part of the season. "As the year has gone along, they've gotten innings under their belt. They've gotten more experience, so we're headed in the right direction."

For now, Bonnette is more focused on making sure his team continues to play "clean" baseball going into the post-season.

Kendrick Wright, Gavin Creede and Blaine Redmond each drove in two runs and Peyton Starkey had two hits, and RBI and struck out nine in six innings for the Region 3-2A champions.

Jackson Lineberry struck out five in 4 2/3 innings in a loss, which dropped the defending Class 3A champions into fourth place in Region 5-3A.

The two teams close out the regular season against each other Wednesday at Strom Thurmond.

For the sixth consecutive year, the Lady Indians are region champions.

Led by Taylor Dreher's two home runs and three RBI and a two-hitter thrown by Lakyn Swinford, the Lady Indians clinched the Region 5-3A title on Monday.

Payton Melinauskas went 3-4 and Tara Dorgan, Emma Melinauskas and Carley Melton all had an RBI for Gilbert (17-3, 9-1). It closes out the regular season Wednesday at home against Batesburg-Leesville at 7 p.m.

Chapin (15-6, 5-2) travels to Mid-Carolina at 7:15 p.m. Wednesday and closes out the regular season Friday at home against Region 5-5A champion Lexington. The Lady Eagles need a win to clinch second place in the region.

Marlena Perez struck out 11 and Abby Gates went 2-3 with two RBI for the Lady Timberwolves.

Cameryn Moody went 2-2 with three RBI and struck out six and Caroline Huffman and Aubri Dunigan both had two RBI for the Lady Bearcats.

For the second straight year, the Lady Eagles fell in the Class 5A Lower State final to the Lady Warriors.

Wando will face Riverside in the state final at 11 a.m. Saturday at Irmo High School.

Chapin finished the season 15-2 overall, both losses to Wando.