The memory of last year's third-round playoff loss to Sumter remained fresh in Lexington's mind for the Dec. 7 rematch at Wildcat Gymnasium. 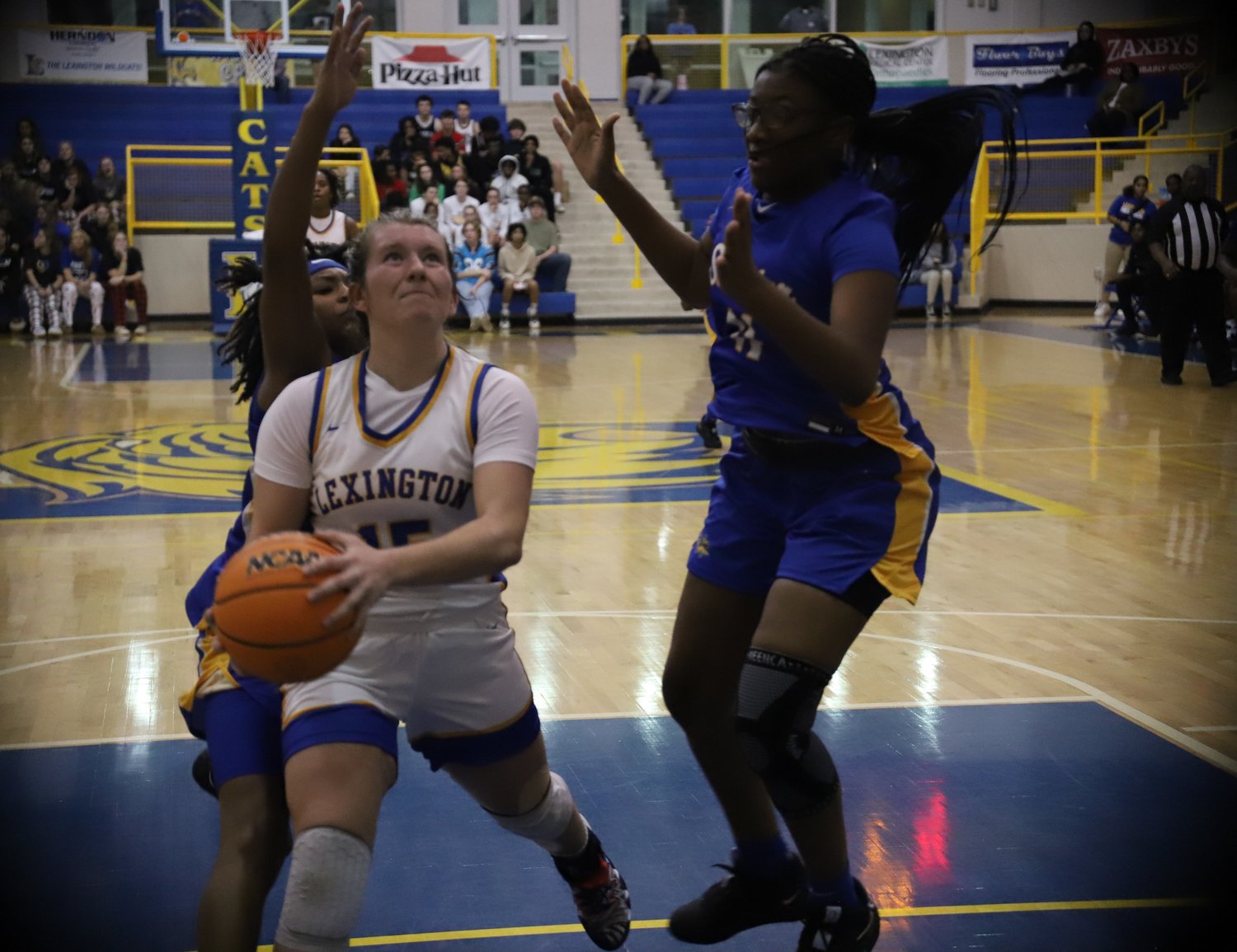 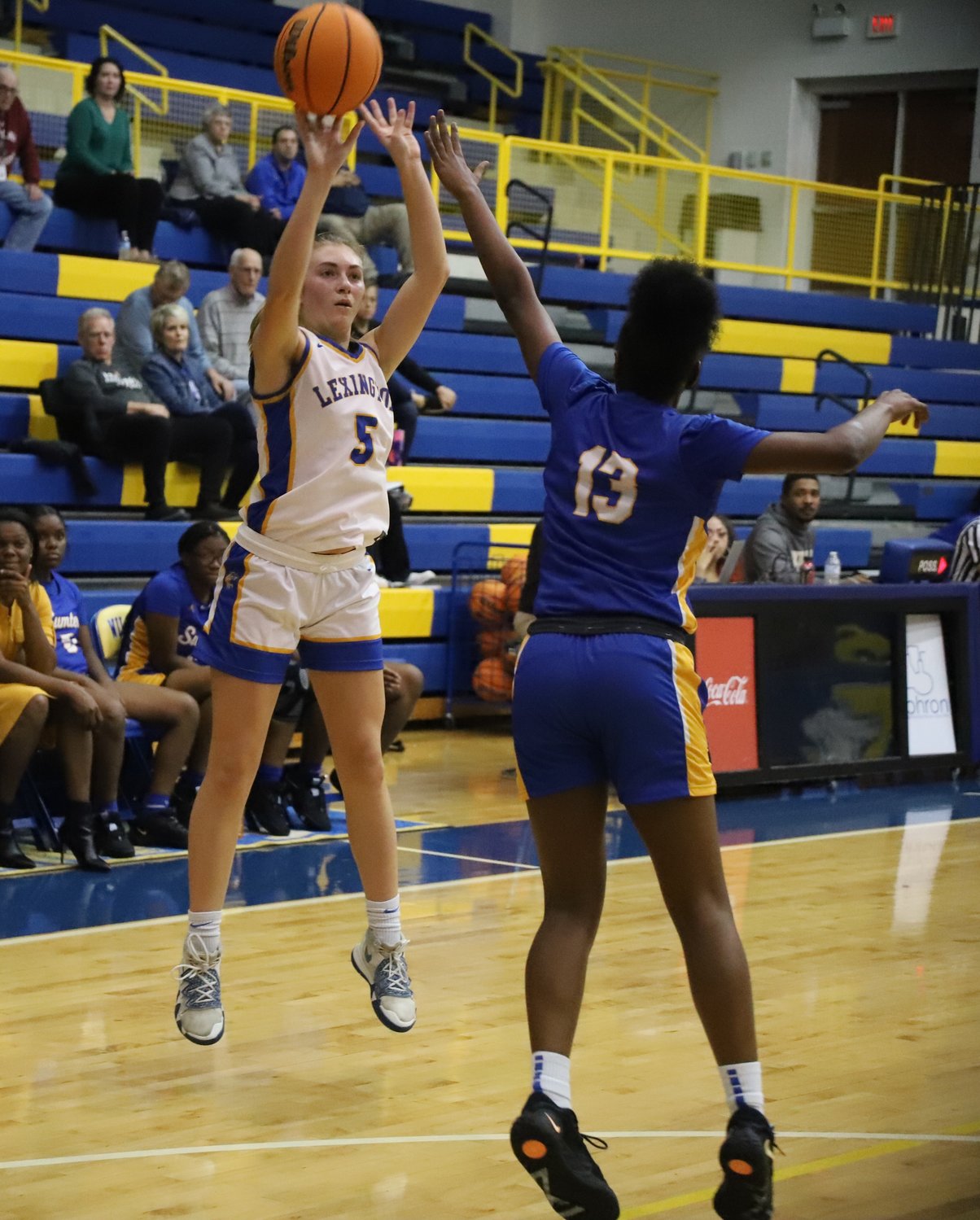 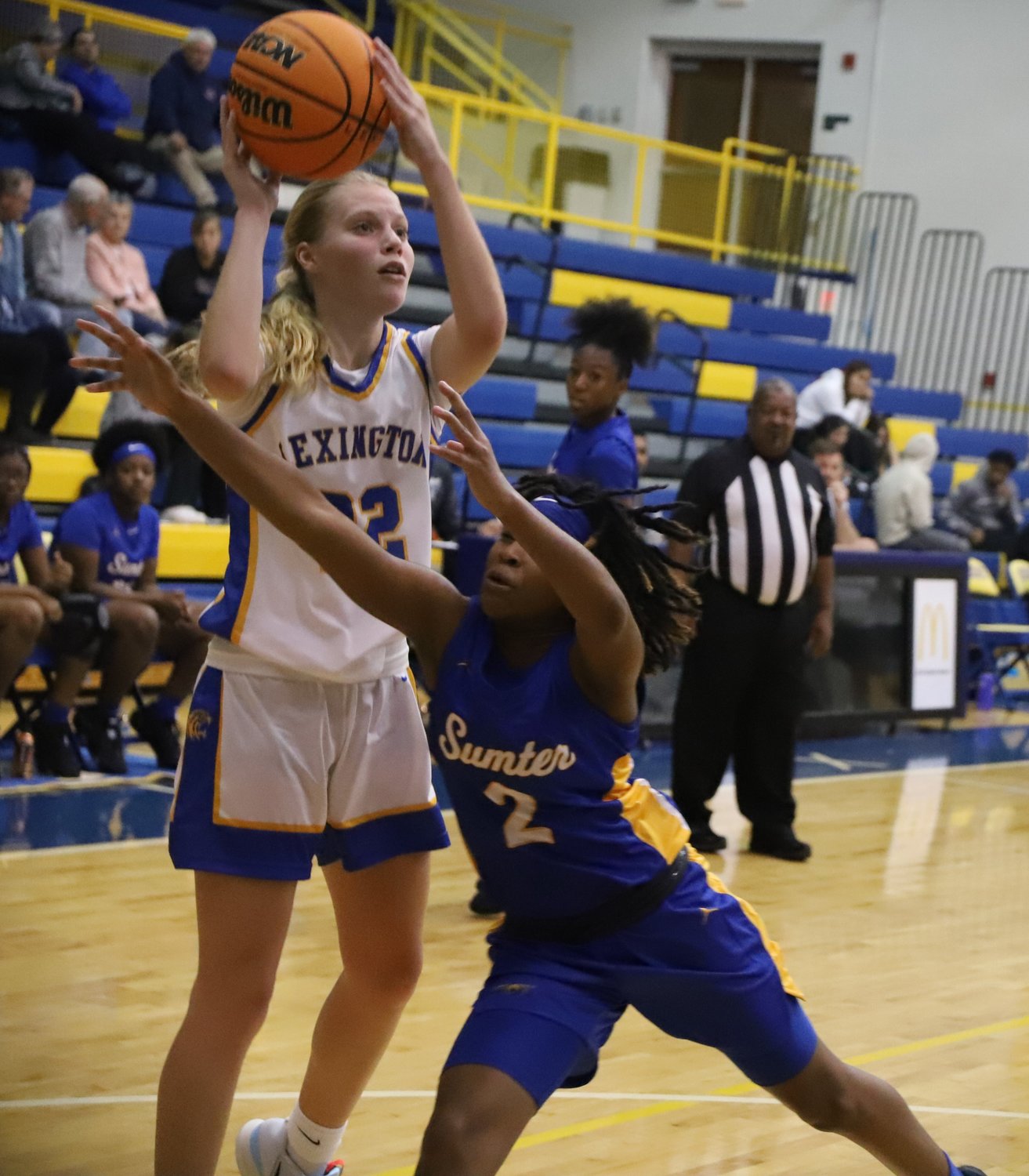 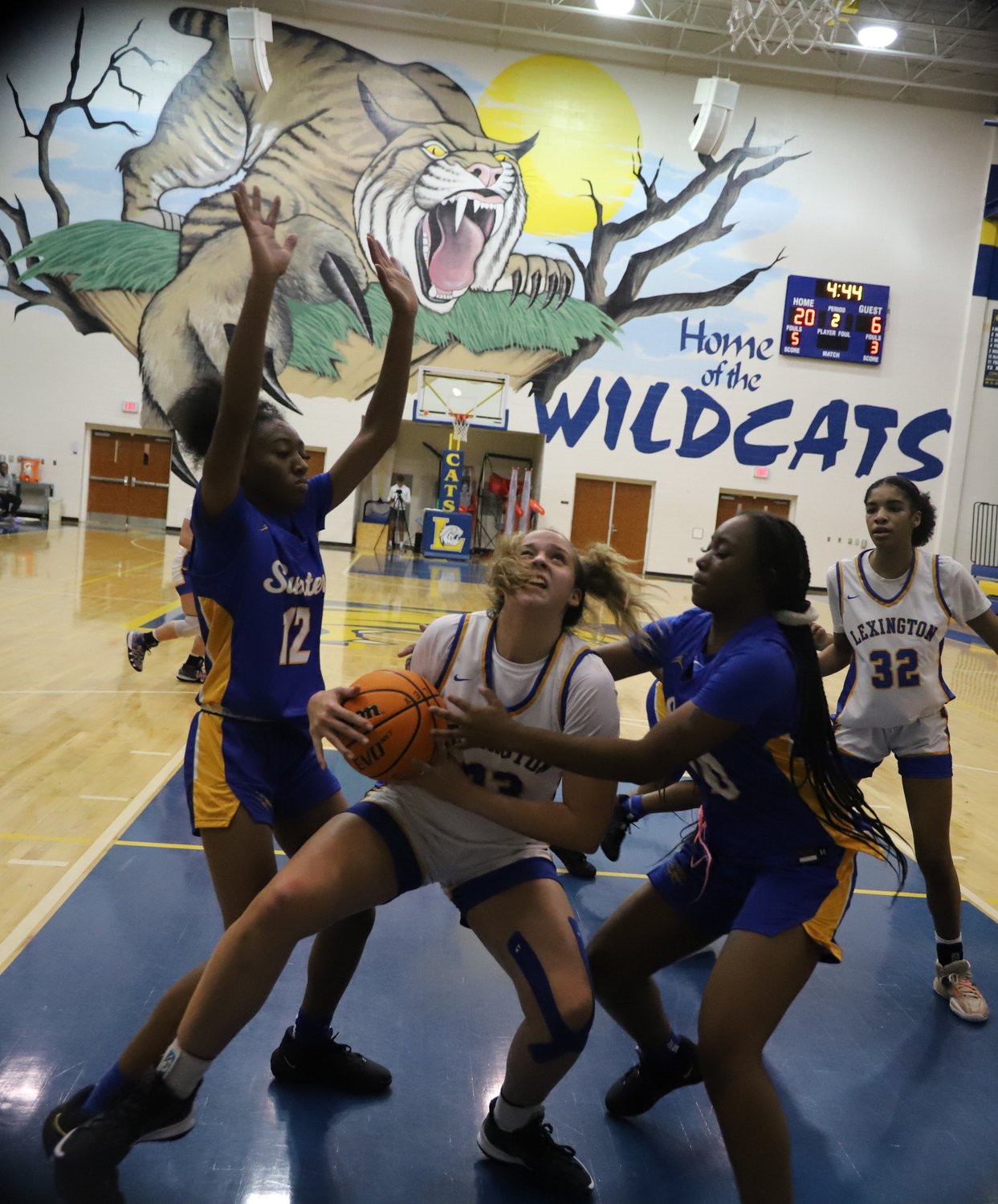 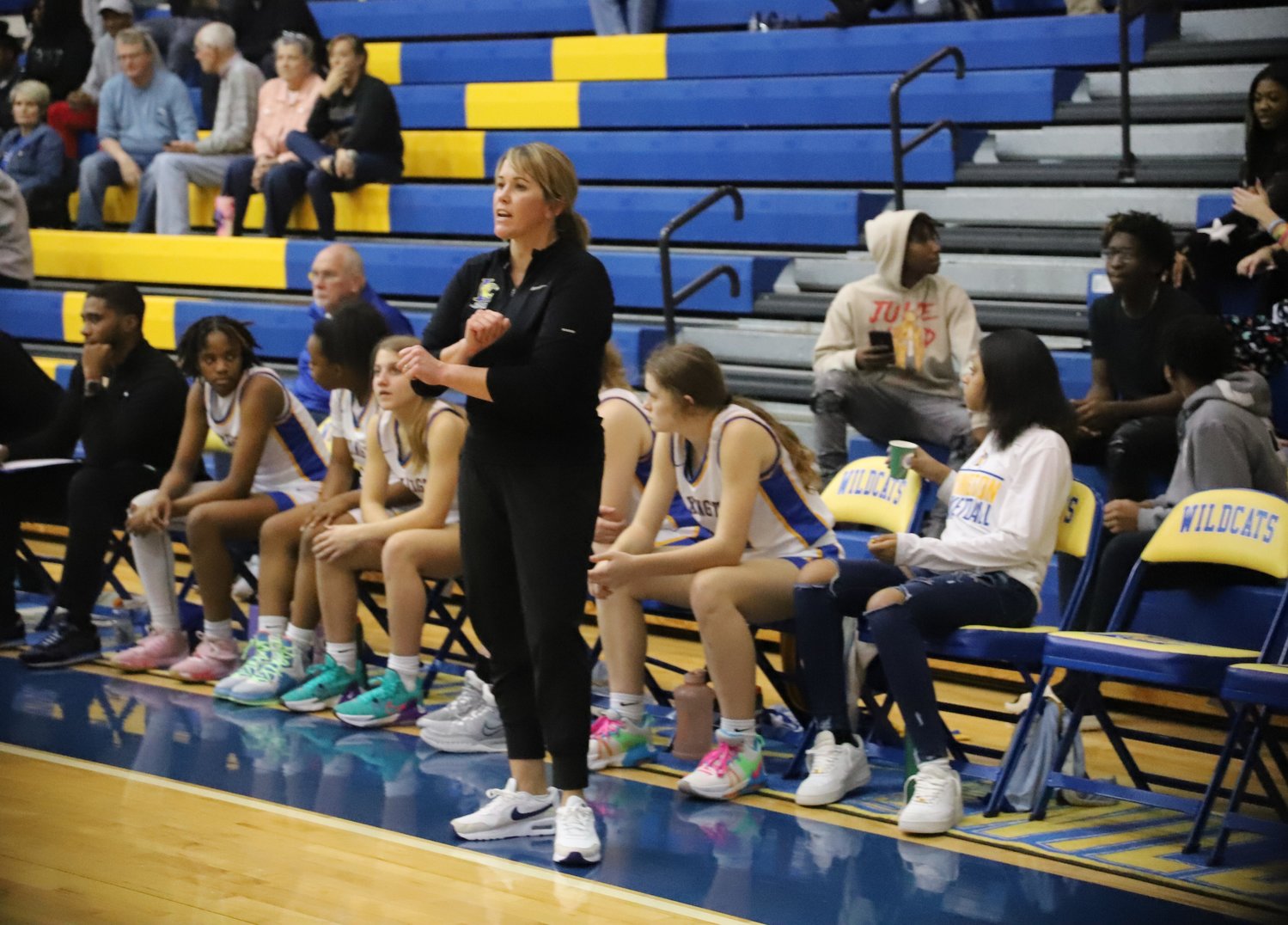 The memory of last year's third-round playoff loss to Sumter remained fresh in Lexington's mind for the Dec. 7 rematch at Wildcat Gymnasium.
Ten months later, the motivated fifth-ranked Lady Wildcats pounced the sixth-ranked Lady Gamecocks 58-33.
"I think that last year's game, we wanted that game pretty ding bad," Lexington head coach Molly Goodrich said. "So this game, we really didn't talk about it. But we knew in the back of our minds that we really wanted this game."
Lindsay Garner scored a game-high 14 points and Jenna Yanity added 13 for Lexington (7-3).
Garner scored eight of her points in the first quarter as the Lady Wildcats jumped out to a 13-4 lead. The Lady Gamecocks managed just one field goal in the first eight minutes.
Sumter got no closer than eight points the rest of the game. With the In the second half, the Lady Wildcats increased their lead as many as 29 points with Maggie Green adding nine points and getting contributions from Izzy Saville, Jaleya Lytes and  Charlize Misick-Rivas.
"You've kind of just have to look for your teammates," said Garner about getting double and triple-teamed in the paint. "You've got to pass the ball inside outside, kind of just focus on defense at that point. Still run up and down the floor and get rebounds."
The loss snapped a three-game winning streak for Sumter (4-2). It was once again without the services of injured All-State guard Kiara Crosky, whose 27 points propelled the Lady Gamecocks to the 53-47 playoff win over Lexington.
The matchup with the Lady Wildcats was also sandwiched between rivalry games with Lakewood on Dec. 6 and Crestwood on Dec. 9. Despite those factors, head coach Jeff Schaffer credited Lexington as being the "better team" on this night.
"I told them against fundamentally sound teams, which Lexington obviously is, you can't do things unfundamentally sound on the court whether its on defense or on offense because they'll make you pay and that's the biggest difference," he said. "We were out of control. We weren't doing the things that we weren't taught to do."
Dalashia Brunson led Sumter with eight points and Araina Ross and Rickell Brown each added seven.
Lexington returns to action Friday at home for a matchup against the Australian Travel team. For the Lady Wildcats, it's an opportunity to test themselves against an international opponent.
"We've played the Australian team before and they're very disciplined," Goodrich said. "They can all dribble, pass and shoot. It's a fun event. We get to go eat with them. We get to warm up with them. It's definitely a game where we need to take care of business and it's a different style of play. It's going to help us in the long run."

The two teams meet against Dec. 12 in Pelion.

Brandon Crawford had 19 points, nine rebounds and five blocks and Madden Collins finished with 12 points and seven rebounds for the seventh-ranked Yellow Jackets.

Jaylen Jenkins scored 23 points, Jadyn Johnson had 14 and Will Young, B.J. Etheridge and Davion Carson all contributed 10 points for the sixth-ranked Bearcats (3-0).