A Lexington teacher was arrested after a handgun was found in her car. 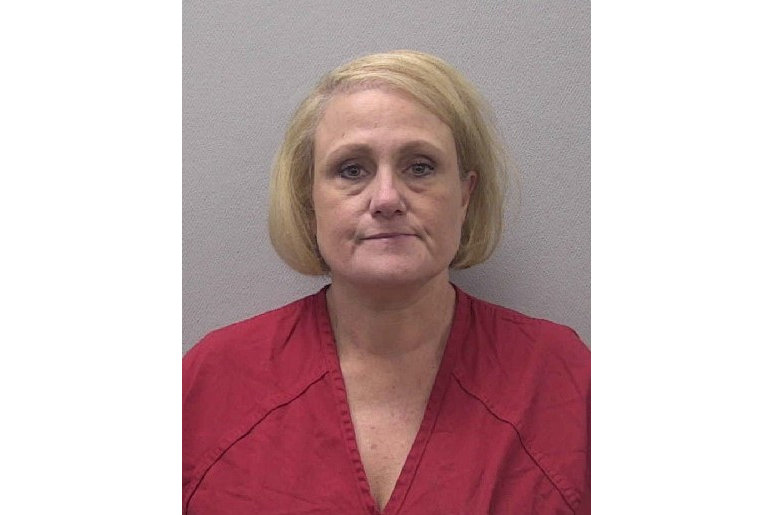 A Lexington teacher was arrested after a handgun was found in her car.

According to Lexington Police, Susan Horton, 54, is charged with a weapons law violation after the weapon was found in her car at River Bluff High School on Dec. 2.

Horton, who is listed on the school’s website as part of the Career and Technology Education (CATE) Department, is charged with carrying a weapon on school property, according to a release.

“School Resource Officers followed up on an anonymous tip that Susan Horton, a teacher at the high school, told students in her class that she always kept a gun in her car,” the release states.

“When interviewed by officers, Susan Horton said that she had a Concealed Weapon Permit but that the gun was not in a locked or secured compartment within her vehicle as required by law.  When officers searched her car, they found a gun in her purse that she had placed on the passenger side floorboard.”

Under state law, persons with a Concealed Weapon Permit are allowed to posess a firearm on school grounds "when the weapon remains inside an attended or locked motor vehicle and is secured in a closed glove compartment, closed console, closed trunk, or in a closed container secured by an integral fastener and transported in the luggage compartment of the vehicle."

Reached by the Chronicle Dec. 6, the evening Lexington Police announced Horton's arrest, Libby Roof, chief communications officer for Lexington 1, said, "The principal shared the information in the police report with employees and families earlier this evening."

According to the release, Horton was taken to the Lexington County Detention Center following her arrest, where she was given a personal recognizance bond of $2,500. She has since been released from jail.