Memories of a B24 bomber pilot

Can you imagine what it was like to fly 40 World War II missions over enemy territory in the Pacific? To hear the flak hitting your B-24 bomber’s fuselage and a few bursting through like a sledge …

Memories of a B24 bomber pilot 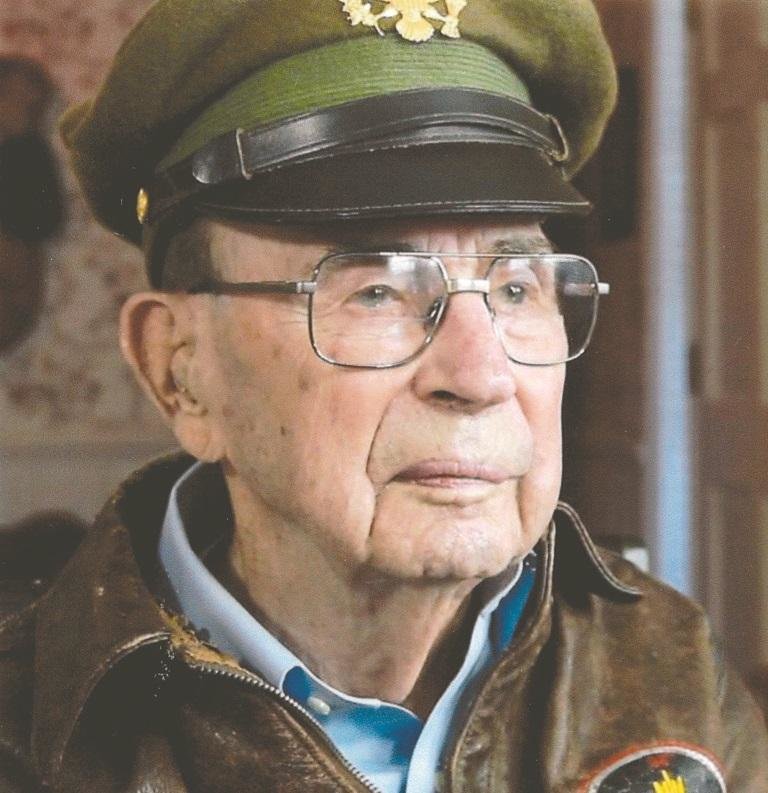 Can you imagine what it was like to fly 40 World War II missions over enemy territory in the Pacific? To hear the flak hitting your B-24 bomber’s fuselage and a few bursting through like a sledge hammer? To see your pilot so emotionally crippled by fear that he would never fly again and you had to take his place as pilot and bring your crew back alive?
Lexington native Murray Price did it and lived to tell about it. Many friends didn’t.
Today he says he tells his story – their story – to honor these brave men, most of them no older than 25. They grew up fast.
As Murray’s  family celebrates his 100th birthday next week, it seems appropriate to share some highlights of his life.
Murray grew up near the Red Bank mill an inauspicious start for a future war hero.
He recalls vividly being with his future wife Frances Addy when they heard that the Japanese had bombed Pearl Harbor.
With other young men, he took the air cadet exam at Fort Jackson. He and another young man were the only ones to pass. In flight school many others washed out.
He was assigned as co-pilot of a B-24 bomber crew. The 10 men were from 10 states, 3 religions and diverse backgrounds but, Murray says, they came together and developed real affection for each other.
It was an experience for a young man from a small SC town who had never been south of Charleston or north of Asheville.
He actually saw Waikiki Beach in Hawaii before he ever visited Myrtle Beach.
On a night training mission they were forced to circle an airport in southern California several times before they could land.
The next morning they saw a mountain they had barely missed in the dark.
On another mission, Murray’s new co-pilot forgot to close the cowl engine flaps.
The flaps stand straight up and create added drag on the bomber.
Murray managed to get the plane off the runway but just barely before the flight engineer saw the error and lowered the flaps.
His crew named their bomber the “Complete Miss” – a wish that enemy fire would miss them and they could return safely.
No such wishes are granted in war. They were hit on 15 consecutive missions but Murray lost none of his men.
Between missions in the Pacific, the bomber crews played cards and told each other stories of home. The next day their squadron was attacked by a dozen Japanese Zeros and the bomber on their right wing went down. He saw the plane with 10 of his friends crash into the sea and explode.
“10 men – gone like that,” Murray said.
On returning from the mission, Murray said he felt an unexpected sense of peace.
“It was the most beautiful feeling,” he said, “Everything was so quiet and pleasant and peaceful. I felt like I was in the presence of God. I remember thinking I felt like God was with us.”

A gift suggestion
Do you know someone who is trying to find their way in life or looking for a new mission? Give them copy of Jerry Bellune’s inspiring book, “Your Life’s Great Purpose.”
The book will show them how to get far mote out of their lives. A personally autographed copy is only $20. You can email him at JerryBellune@yahoo.com

Not a Chronicle subscriber? Please take advantage of our latest Special Subscription Offer: 13 weeks for only $10.