The Town of Pine Ridge will not comment on its latest police chief's departure.

A statement from Mayor Robert Wells office read, "While the town strives to operate in the  most … 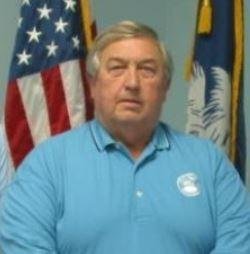 The Town of Pine Ridge will not comment on its latest police chief's departure.
A statement from Mayor Robert Wells office read, "While the town strives to operate in the  most transparent fashion, the matters being inquired about pertain to and involve internal  personnel matters.
"In light of the sensitive and confidential nature of these matters, and in  remaining consistent with the policies of the twn, there will be no open comment.
"To the extent an investigation into these recent events is deemed necessary,the town openly welcomes and intends to fully cooperate in any such investigation by the appropriate state agency."
It is not clear if SLED or the Lexington County Sheriff’s Office will investigate the departure of the 5th police chief since Wells was elected 3 years ago.
Lt. Vincent Silano had been serving as the interim chief and only police officer until he turned in his 2-weeks notice this week.
The mayor's notice said the Town Council has received assurances that the Sheriff’s Office will provide law enforcement during nights and weekends.
Chief Silano publicly cited the mayor's meddling in the department’s daily operations as one of the reasons he resigned .
He is not the 1st police chief to accuse the mayor of micromanaging the department.
Several former employees have filed lawsuits against the town alleging a hostile work environment or unfair practices.
Most of them blamed the mayor's constant meddling in police department operations.
Several have accused the mayor of crossing a legal line by accessing areas where sensitive evidence and records are stored. Although the mayor has denied this, several former chiefs have confirmed it.
Paul Kirby of The Lexington Ledger contributed to this report.