Region Champions Crowned in Chapin, Gilbert Rallies from 14-0 Down to Beat Batesburg-Leesville 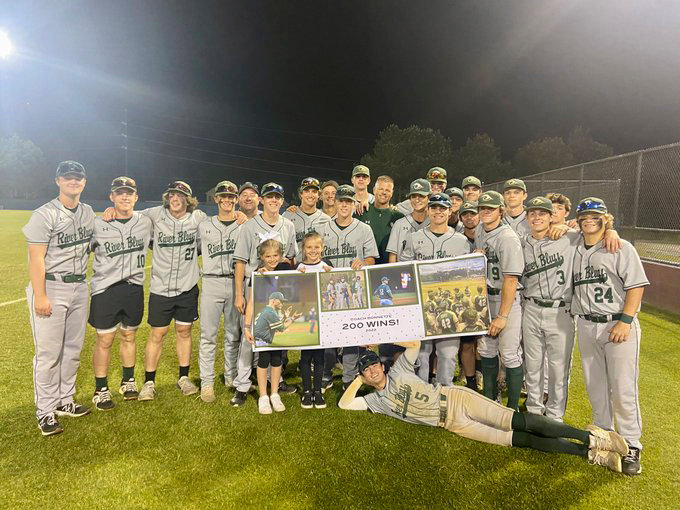 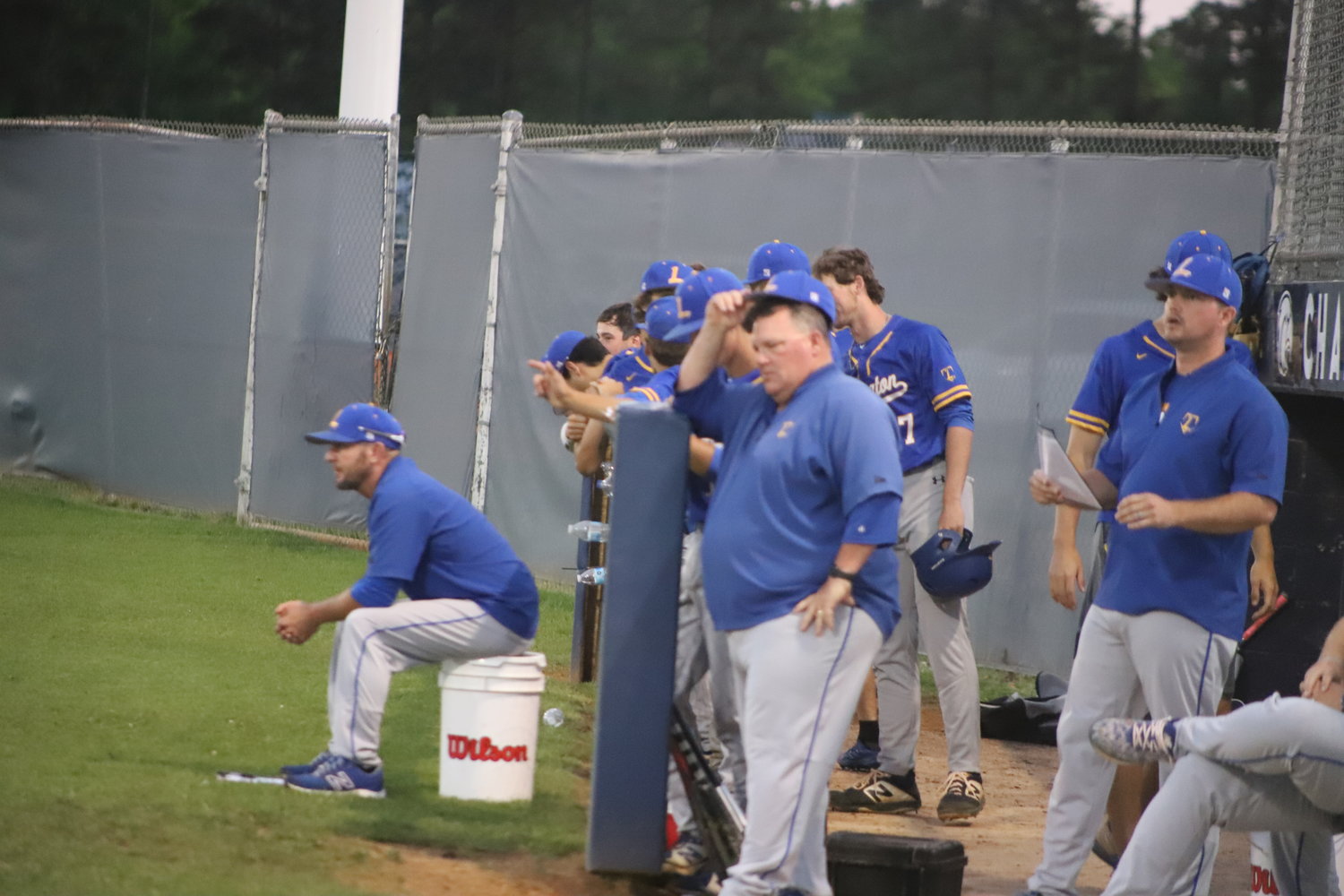 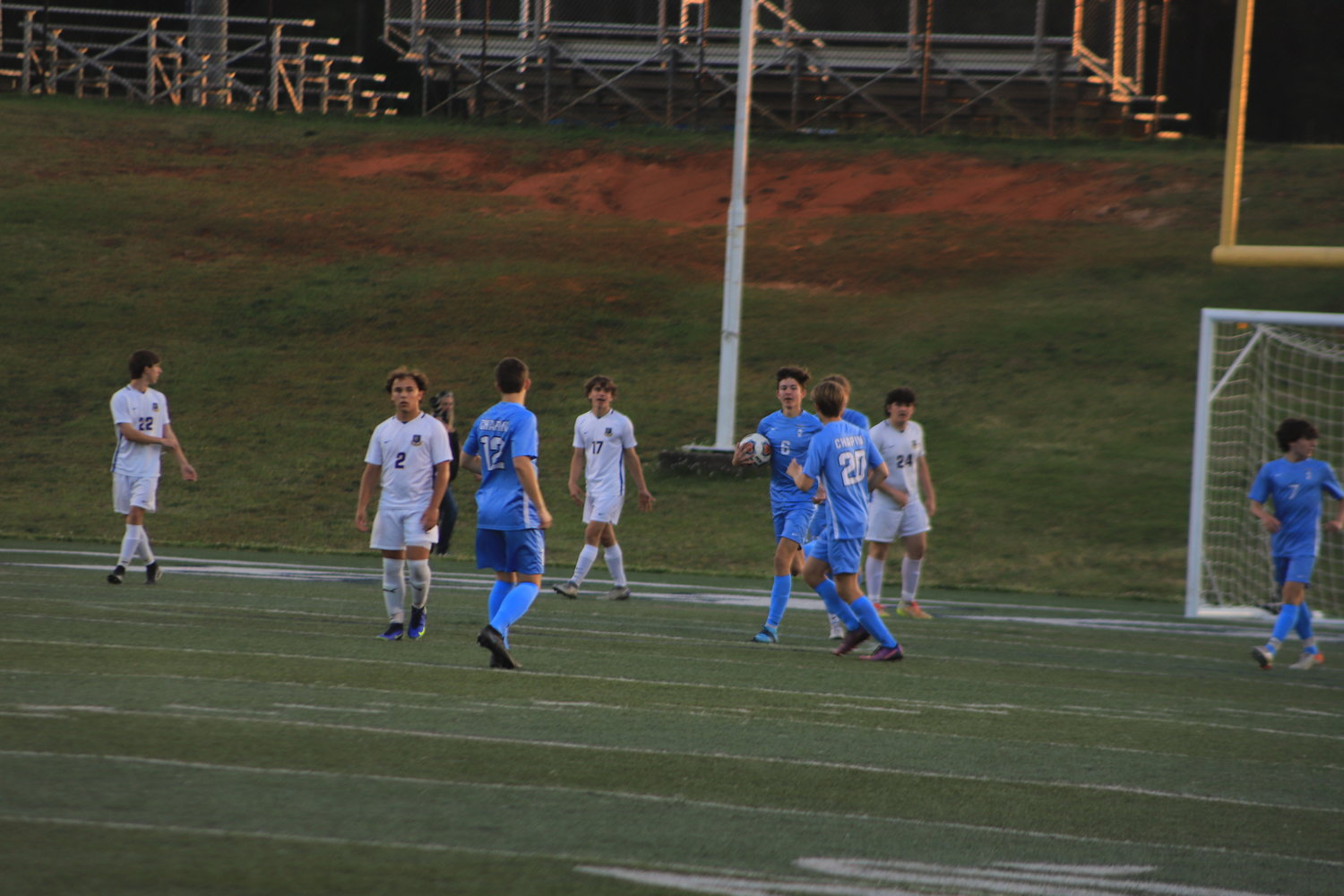 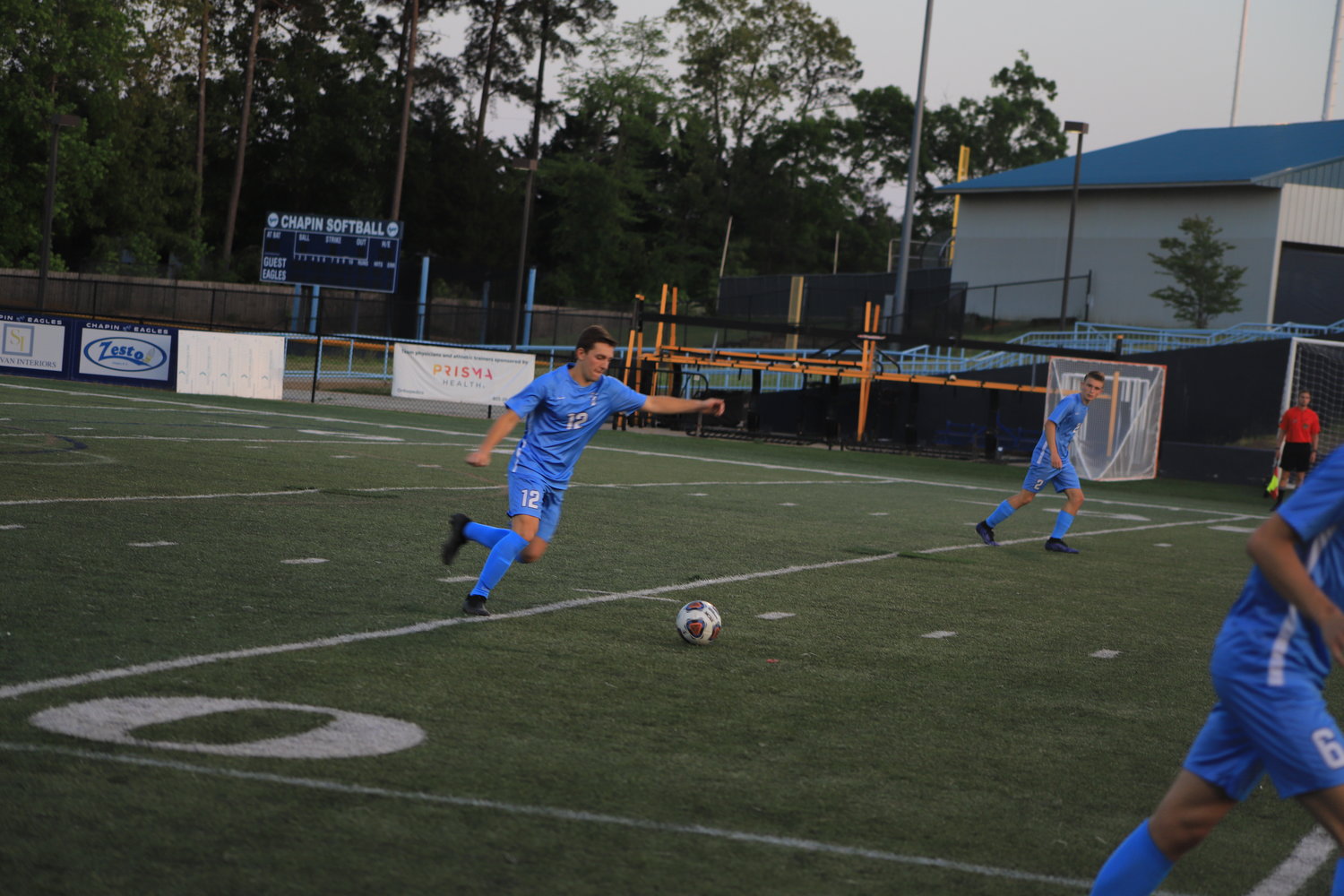 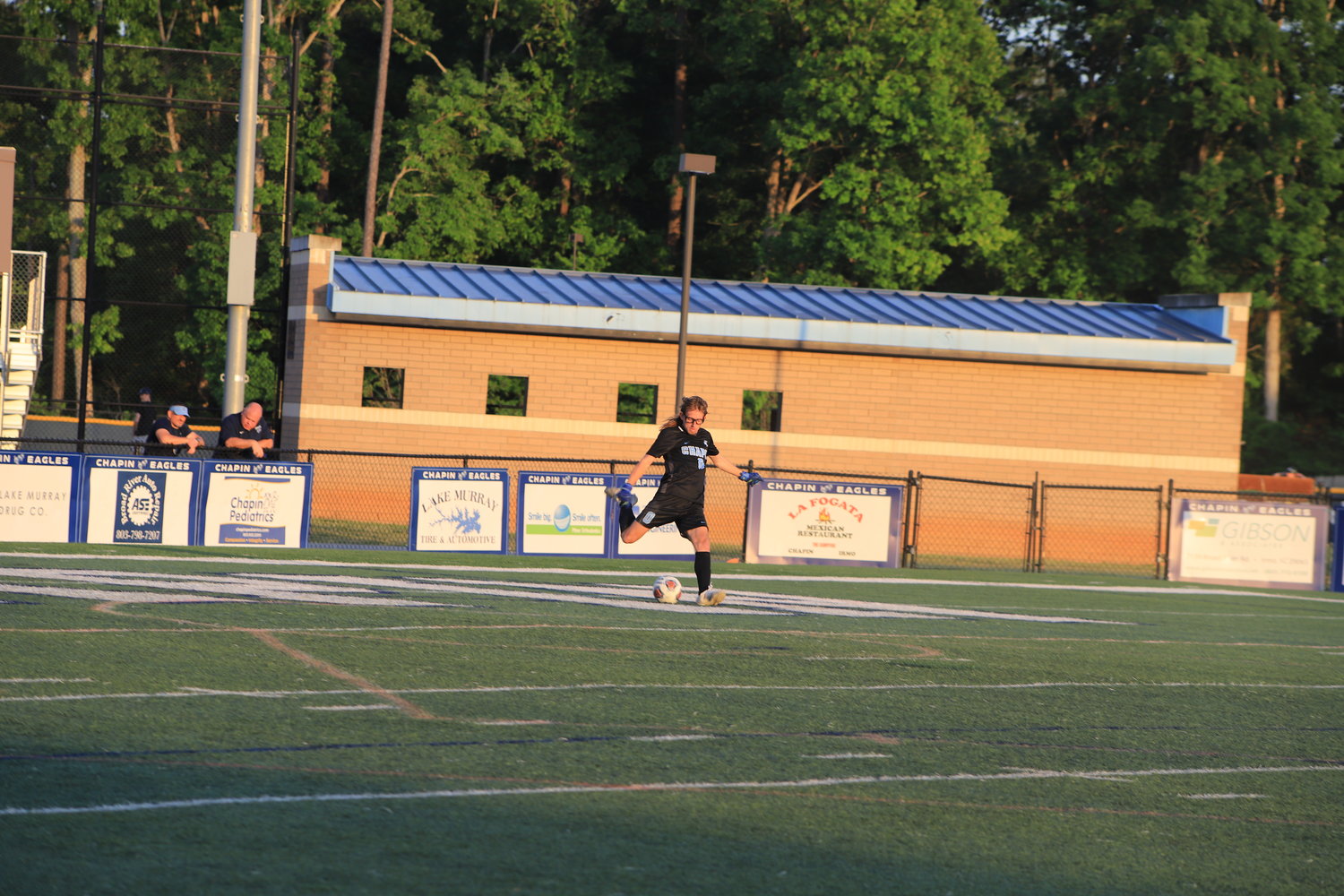 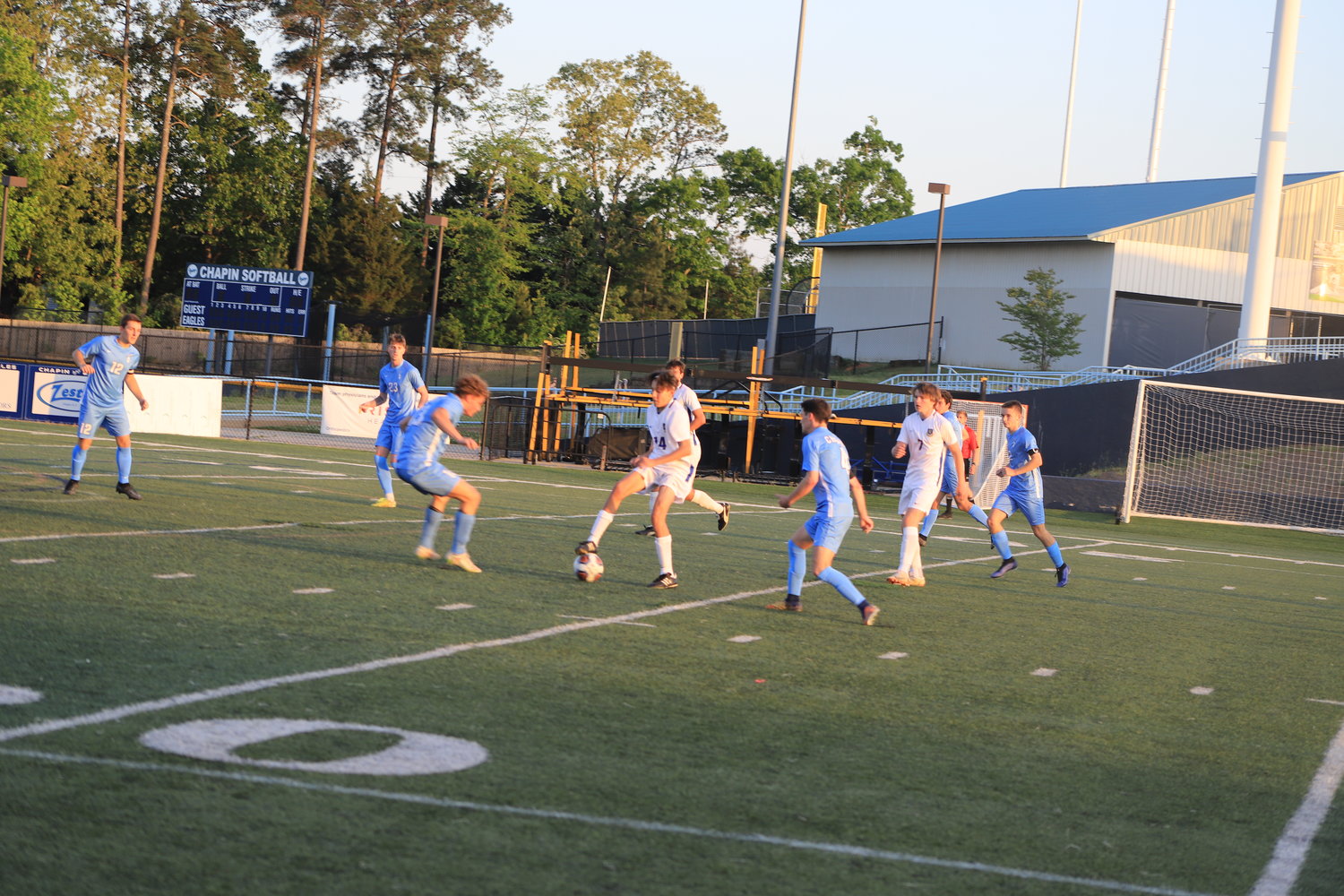 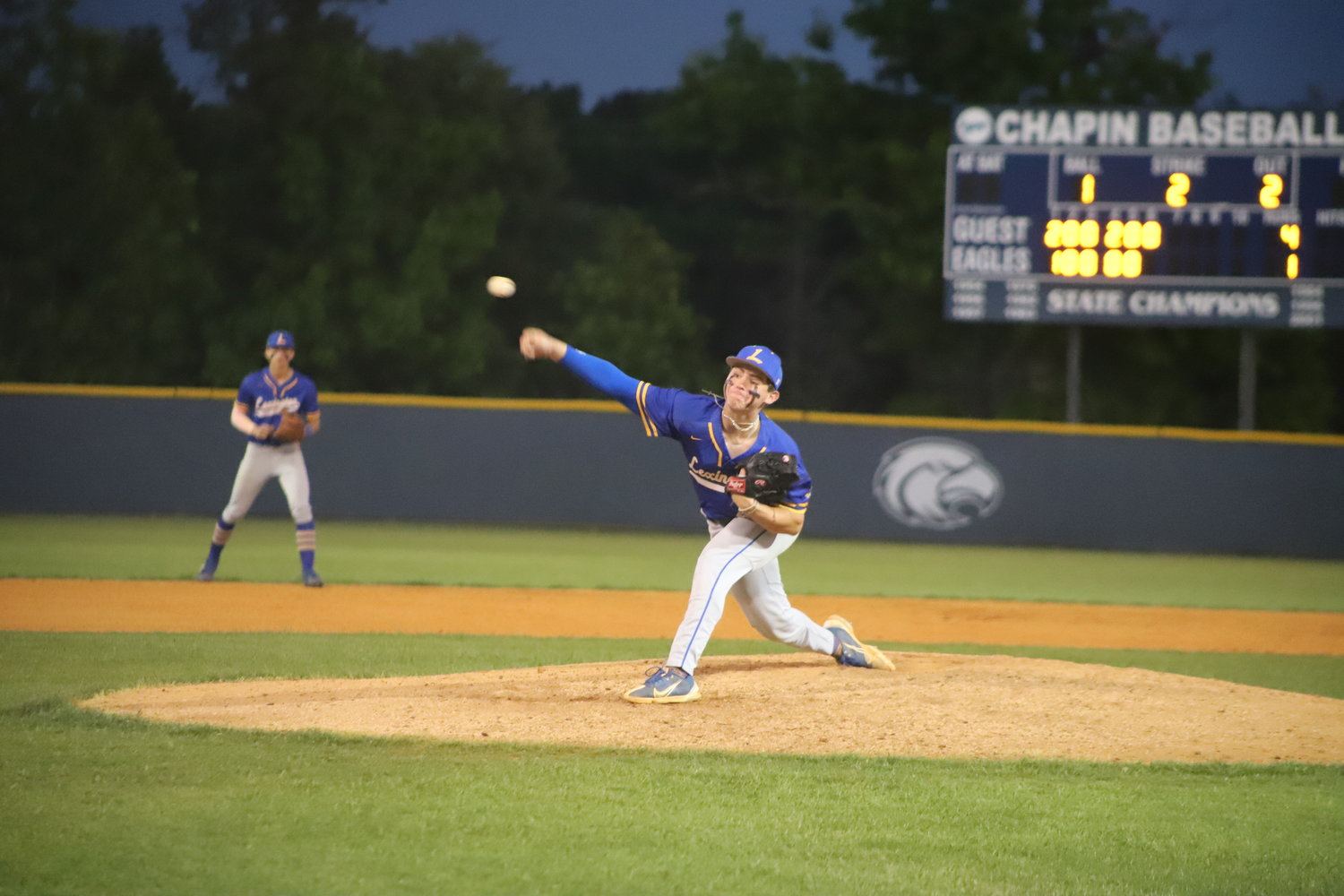 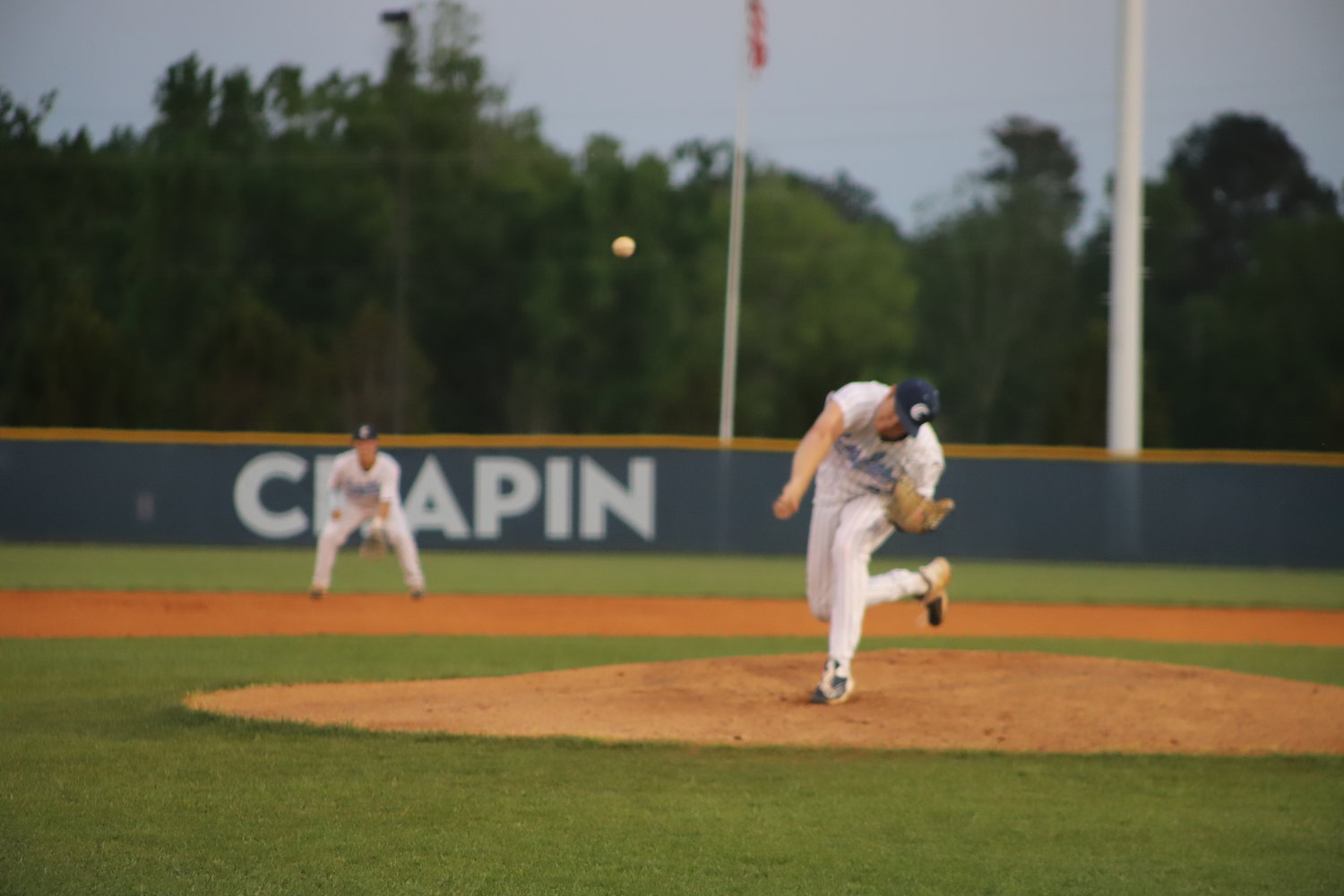 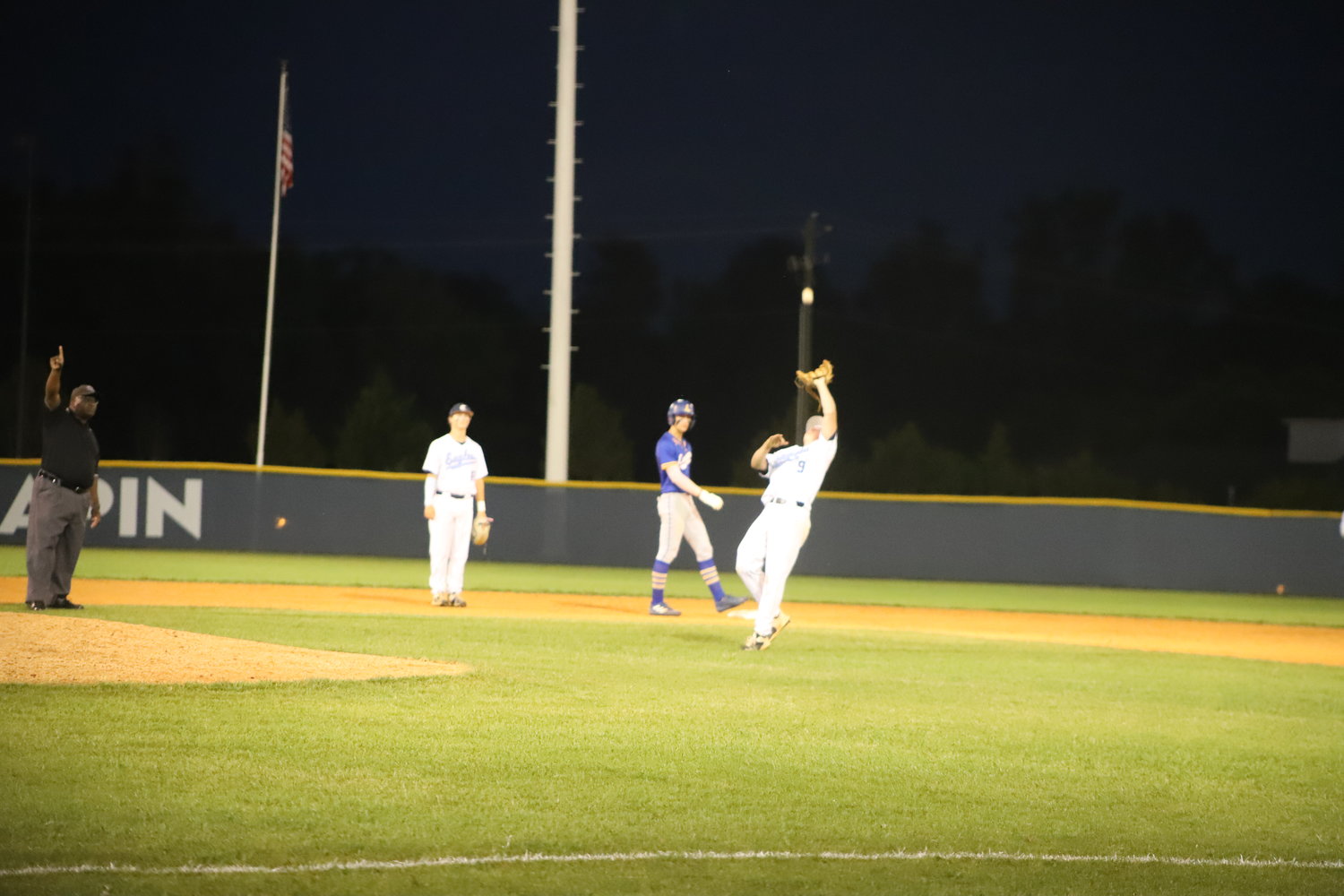 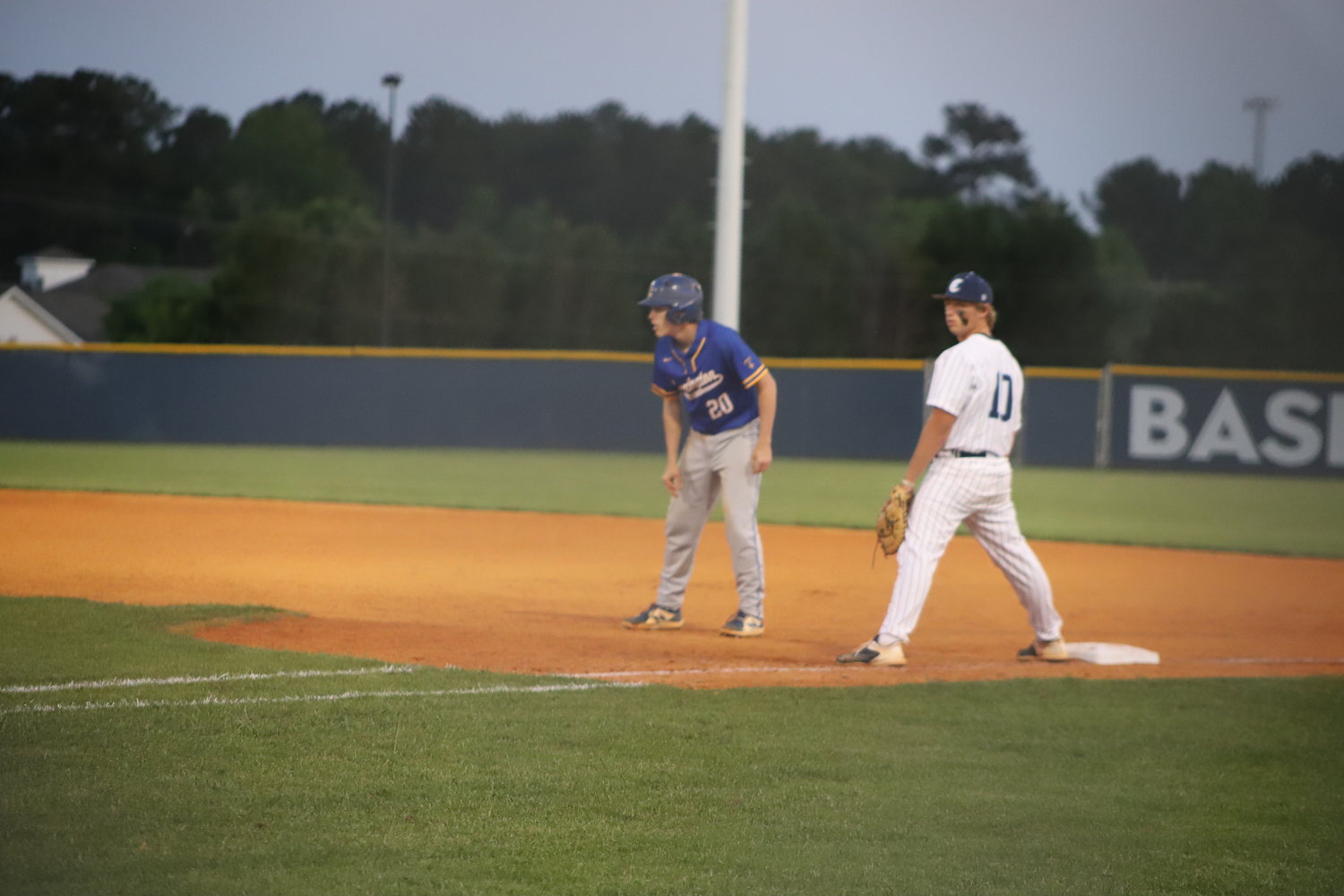 Fans at the athletic complex at Chapin High School witnessed a pair of Region 5-5A-clinching victories within minutes of each other.
Over at Cecil Woolbright Field, the Eagles blanked Lexington 5-0 in men's soccer.
The victory earned a share of the region title with River Bluff. More important, the win margin was enough to clinch Chapin a top seed in the Class 5A playoffs starting Tuesday.
Foster Smith scored two goals and had an assist to lead the Eagles.
Nearly five minutes after the end of the soccer match, visiting Lexington closed out a 7-1 victory over Chapin to win the Region 5-5A baseball title.
Landon Knight went 2-4 with two RBI and Cole Long struck out seven in six innings for the win. Nathan Hall went 2-3 and Zach Miller pitched a scoreless seventh for the Wildcats.
Lexington (18-5-1, 10-1) will be the top seed, followed by River Bluff, Dutch Fork and Chapin.

A matchup of number-one sister schools was won by the War Eagles.
Charlie Bozard had two goals to lead Gray Collegiate, who will open the Class 2A playoffs Monday at home.

Trinity Broach and Maggie Heffernan both scored goals in the season-ending shutout win over the Region 5-5A champions.
Chapin (18-2, 7-1) will open the Class 5A playoffs Tuesday as a top seed, while Lexington (13-3-2, 5-3) is a third seed.

Zach Cowart went 3-5 with four RBI and struck out five in five innings and Wyatt McPherson went 3-3 with three RBI and a RBI to lead the Gators (20-4, 9-2).
It was the 200th career win for head coach Mark Bonnette. During his tenure, the Gators have won two Lower State titles. Weston Grant went 3-4 with an RBI and Todd Hudson went 1-2 with two RBI for River Bluff.
The two teams close out the regular season against each other Friday in The Swamp on Senior Night.

Drayton Summers went 1-3 with two RBI and Cade Bouknight had two hits and an RBI as the Panthers held off the Rebels.

A 4-run rally in the bottom of the sixth enabled the Rebels to earn a victory that dropped the defending Class 3A champion Indians to a third-place tie in Region 5-3A.
Dylan Massey had two RBI and Cooper Burkett went 2-3 and struck out four in six innings for Gilbert (16-6, 6-4). It will open defense of the Class 3A title Tuesday at Georgetown.

Parker Hocutt scored off an error follwoing a Matthew Hafner bunt to give the younger Charles Assey the win versus his father and War Eagles' head coach Charles Assey Sr.
Savion Smith and Landon Turner both had an RBI and Brent Stukes struck out four in four innings for Gray Collegiate. It will open the Class 2A playoffs Tuesday at home against the at-large seed out of Region 4-2A.

Pinch hitter Miley Baty's walkoff RBI single in the bottom of the seventh inning capped a 10-0 run from a 9-run deficit to lead the Lady Indians to a season-ending victory.
Gilbert (18-3, 10-0) trailed as many as 14 runs after four innings. The Lady Panthers jumped out to a 8-0 lead in the top of the first inning. Maggie Williams drove in three runs off two hits, Audreyona Rodgers and Jeslyn Boehnke both had RBI singles and three baserunners scored off an error on a single hit by Katelynn Alvershire.
A three-run homer by Rodgers made it 11-0 in the top of the fourth inning. An error brought home two runs and Williams added another RBI single to extend the lead to 14-0.
Carley Melton kicked off the comeback with an RBI single in the bottom of the fourth inning. Emma Melinauskas scored on a fielder's choice and, with the bases loaded, Payton Melinauskas cleared them with a three-run double.
Tara Dorgan scored Payton Melinauskas to make it 14-6. Batesburg-Leesville added its final run in the top of the fifth to make it 15-6.
A solo home run by Emma Melinauskas began the comeback in the bottom of the fifth inning for the Lady Indians. They opened the sixth inning with three straight singles which set the stage for a grand slam by Taylor Dreher to cut the deficit to 15-11.
Emma Melinauskas scored off an error made it 15-12. In the bottom of the seventh inning, Gilbert loaded the bases and Emma Melinauskas drove home a run with a single.
Melton followed with a game-tying two-run single to make it 15-15. With runners on second and third, Ayden Leaphart was intentionally walked which set up Baty's heroics.
Gilbert will open the Class 3A playoffs at home Tuesday. Batesburg-Leesville will find out when the Class 2A brackets are released if it will earn an at-large berth.

Taylor Pelfrey went 2-5 with a three-run homer and Eason Davis was 2-4 with two RBI to lead the Lady Eagles.
Carlee Norris and Maddie McMillion both went 2-4 and Leah Cabe struck out eight in six innings for Chapin (16-6, 5-2), who close out the regular season Friday at home against Lexington. The Lady Eagles need a win to clinch second place in Region 5-5A.