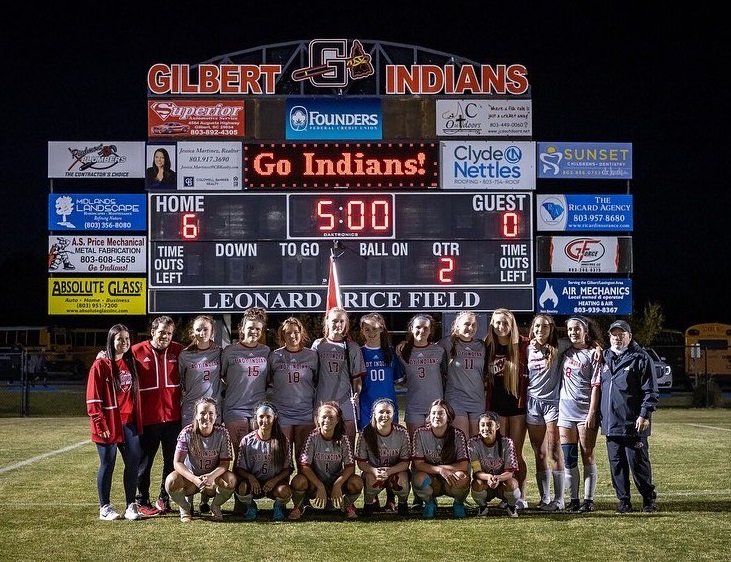 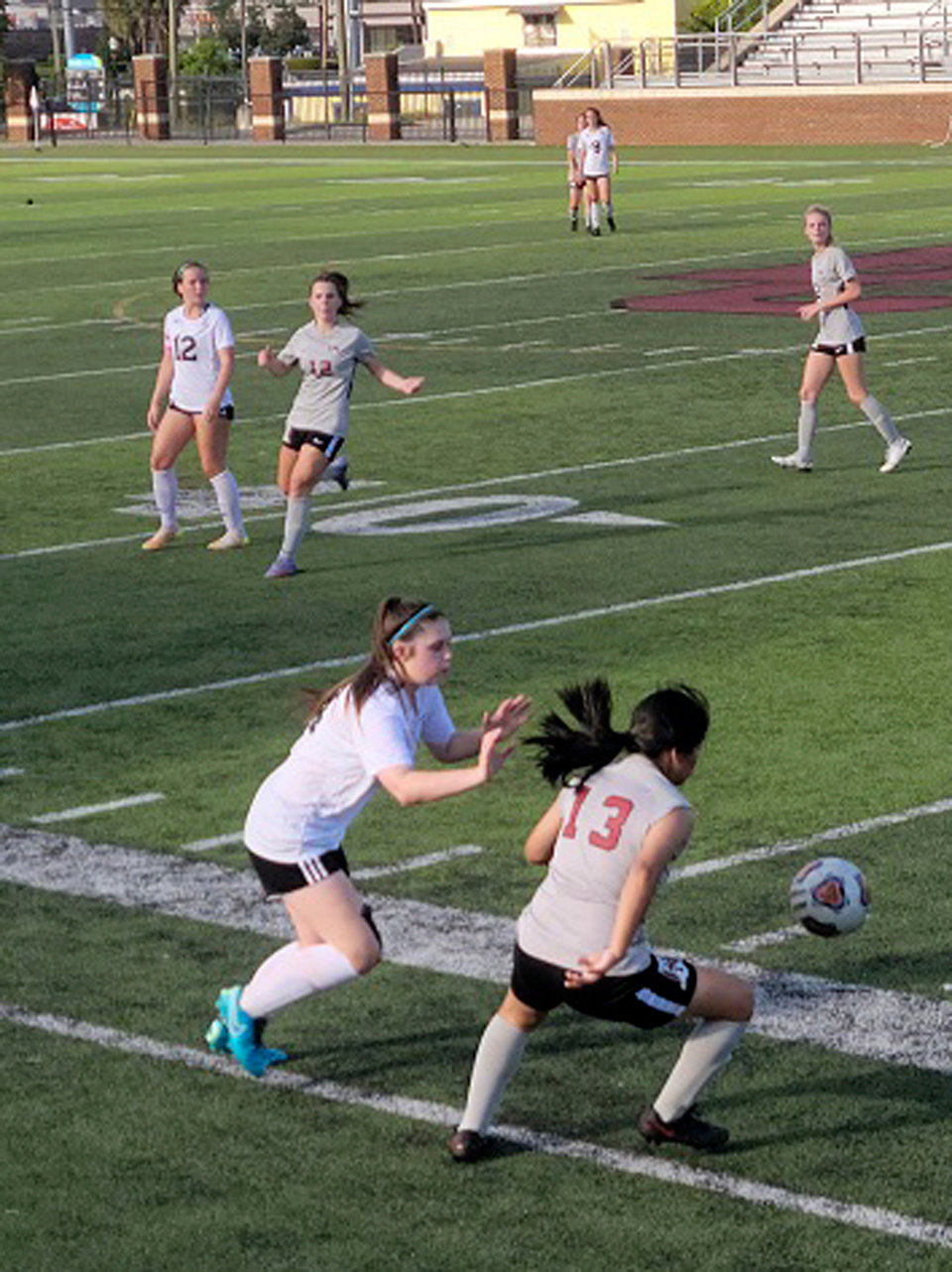 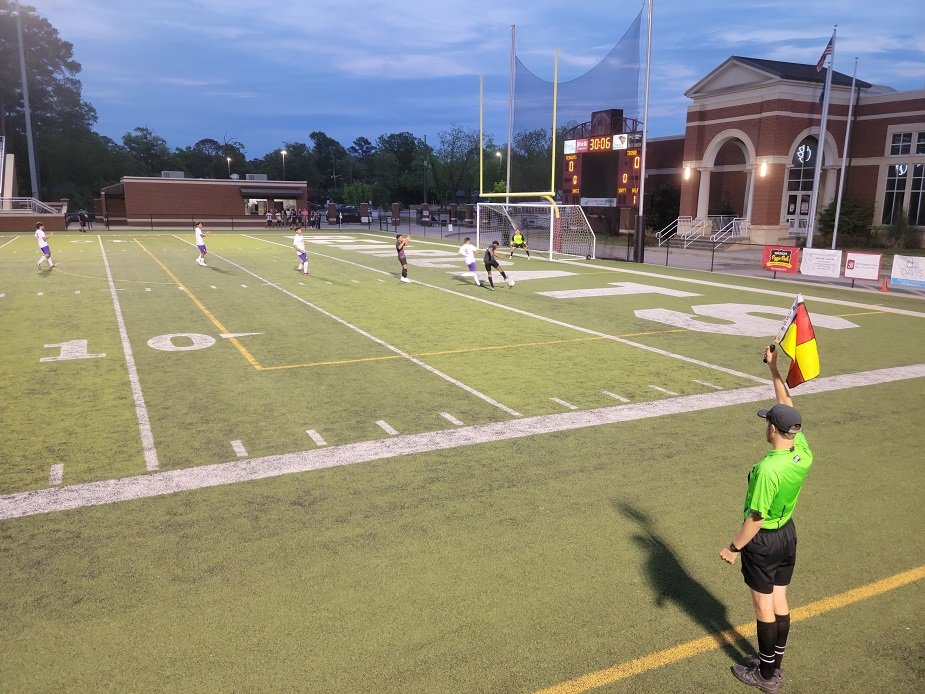 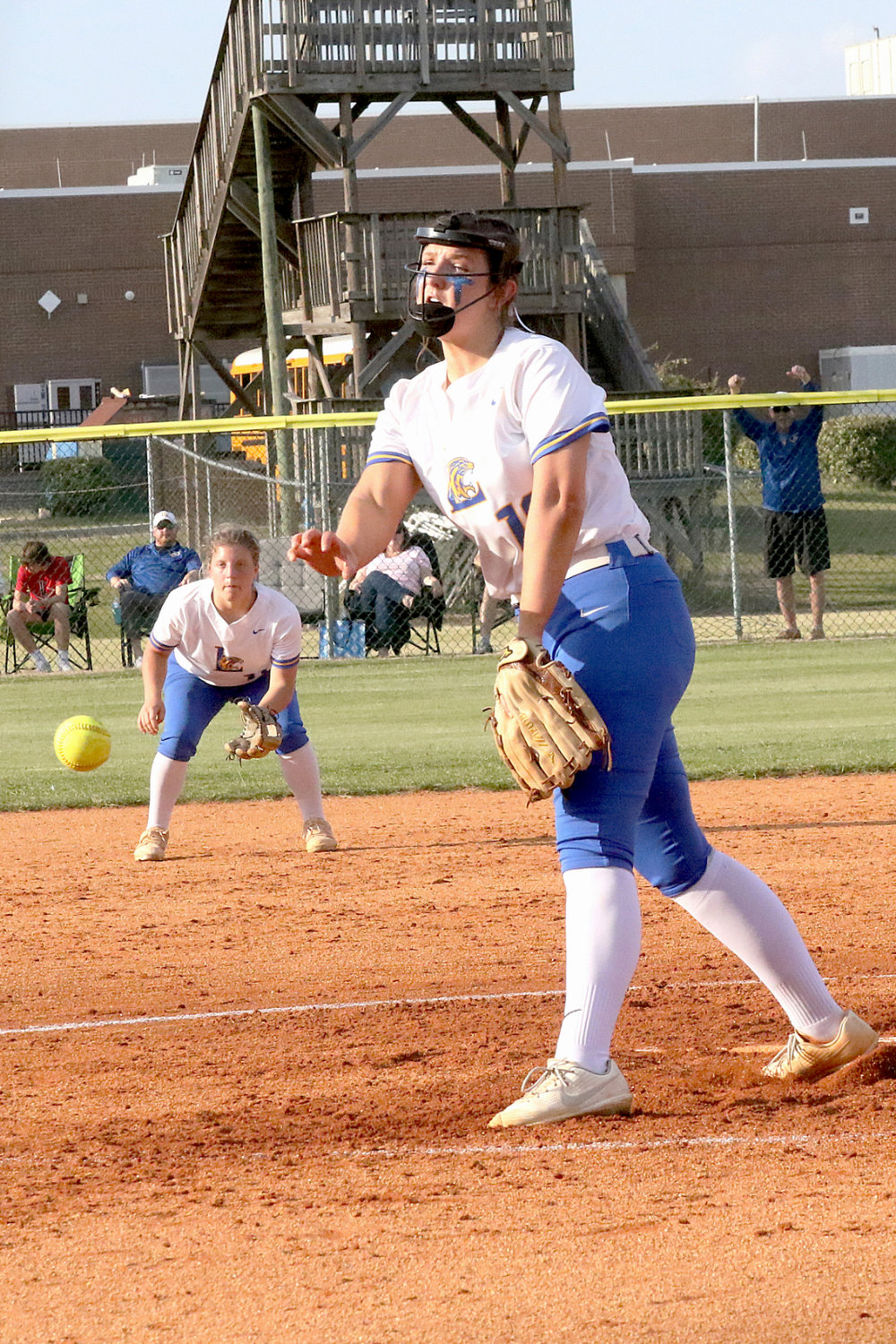 We are incredibly young, but didn't let that stop us from our goal to repeat as region champs.”
Gilbert girls soccer coach Michael Kleinfelder
By Terry Ward
sports@lexingtonchronicle.com

It took more than the allotted 90 minutes, but Gilbert came away with a Region 5-3A girls soccer title Wednesday at Fort Knox.

The Lady Indians edged Brookland-Cayce to win 3-3 (2-1 on penalty kicks).
Region-leading Gilbert wasted no time getting on the scoreboard. Kinlee Mozley put the Indians up 1-0 30 seconds into the match.

Lane Powers answered for Brookland-Cayce at the 11:43 mark in the first half to tie the match.
Sydney Artlip punched in another goal for the Lady Bearcats at the 23:31 mark in the second half to put the Bearcats up 2 -1.

But it was not over. With two minutes left, Kim Neely scored for Brookland-Cayce to send the game into overtime tied at 3-3.

After two scoreless overtimes, the match came down to penalty kicks. Both Riley Barnes and Ansell accounted for Gilbert's goal, while Arlip had the lone score for Brookland-Cayce.

"I'm proud of this team," Lady Indians head coach Michael Kleinfelder said. "We are incredibly young, but didn't let that stop us from our goal to repeat as region champs. This is not a team that is spotlighted by just one player. Everyone on the team has played a part in this title."

Gilbert (14-4, 9-0) is in the middle of a four-game road trip to close out the regular season. It travels to Aiken Wednesday and closes out region play against Orangeburg-Wilkinson Thursday.

As a top seed, the Lady Indians have homefield advantage through the Class 3A Lower State final. They open play Tuesday against the fourth place team out of Region 7-3A.

"We know exactly what’s in front of us in the playoffs," Kleinfielder said. "We could not be the team we are with out the support from Coach [Chad] Leaphart and our administration."

Brookland-Cayce (17-5, 7-3), which closes out the regular season Wednesday at Wade Hampton [Hampton], is a half game ahead of Fox Creek for second place in the region standings. Should the Lady Predators defeat Orangeburg-Wilkinson Wednesday, they and the Lady Bearcats will use a tiebreaker to determine the second seed.

Alanna Corbett scored three goals and Brennan Webber and Charlotte Wiman both added a goal for the Lady Gators.

With the win, River Bluff (9-6-2, 6-2) clinched second place in Region 5-5A behind Chapin. After closing the regular season at home Thursday against Providence Athletic Conference, the Lady Gators will open the Class 5A playoffs at home Tuesday against Carolina Forest.

White Knoll (5-13-3, 2-6) ends the regular season Friday at Ashley Ridge. It will open the playoffs at either St. James or Socastee, who face each other Thursday.

The Gators guaranteed themselves a share of the Region 5-5A title Tuesday in Red Bank.
They now must await the outcome of Wednesday's 7:15 p.m. contest at Cecil Woolbright Stadium between co-leader Chapin and Lexington to determine their playoff status as a one or two seed.

Eduardo Membreño scored the first 2 goals for the Bearcats who finished undefeated in Region 5-3A.

Membreño's first goal came at the 28:32 mark in the first half. His second came off a penalty kick with 15:17 left.

Andy Rivera added a goal with 9:30 left in the first half and Dylan Rivera scored with 2:38 left to make it 4-0 at the half.
Membreño another goal in the second half for the 'hat track. Angel Reyes had two and Jose Hernandez had a goal for the defending Class 3A champions.

Lane Greenlee and David Liboyi scored both goals in the second half for the Silver Foxes.
Dutch Fork (4-8-3, 1-6) closes out the regular season Thursday at White Knoll.

A third straight Region 5-5A title was clinched Tuesday by the Lady Wildcats.

Jessica Senn went 2-2 with three RBI, including a two-run home run. Mackenzie Mathis had a two-run double, five RBI, struck out six and allowed just three hits in the win.

Lexington (20-1, 7-0 closes out the regular season Friday at Chapin. The Lady Eagles need a victory to have a chance at finishing second ahead of White Knoll.

Dutch Fork plays host to South Aiken for a doubleheader.

BJ Etheridge struck out eight in five shutout innings and Mason Turner had a two-run double to lead the Region 5-3A champion Bearcats.

Skylar King homered in the game for Brookland-Cayce (15-3, 8-0). It close out the regular season Thursday at Swansea and opens the Class 3A playoffs at home Tuesday against the fourth-place team out of Region 7-3A.

Drayton Summers went 2-4 with four RBI and Trevor Jeffcoat and Cole Price both drove in two runs to lead the Panthers in the non-region win.

John Paul Forrester drove in three runs and Blake and Luke Palyok each had two RBI to lead the Region 5-4A champion Eagles in the non-region win Tuesday.

Robert McMillan drove in three runs, Sam Burks had two RBI and Luke Bonsack and Grayson Crimm combined for seven strikeouts in a three-hit shutout to close out the regular season.

The Yellow Jackets advanced ito the second round of the Class 4A playoffs. They next travel to Catawba Ridge Thursday.