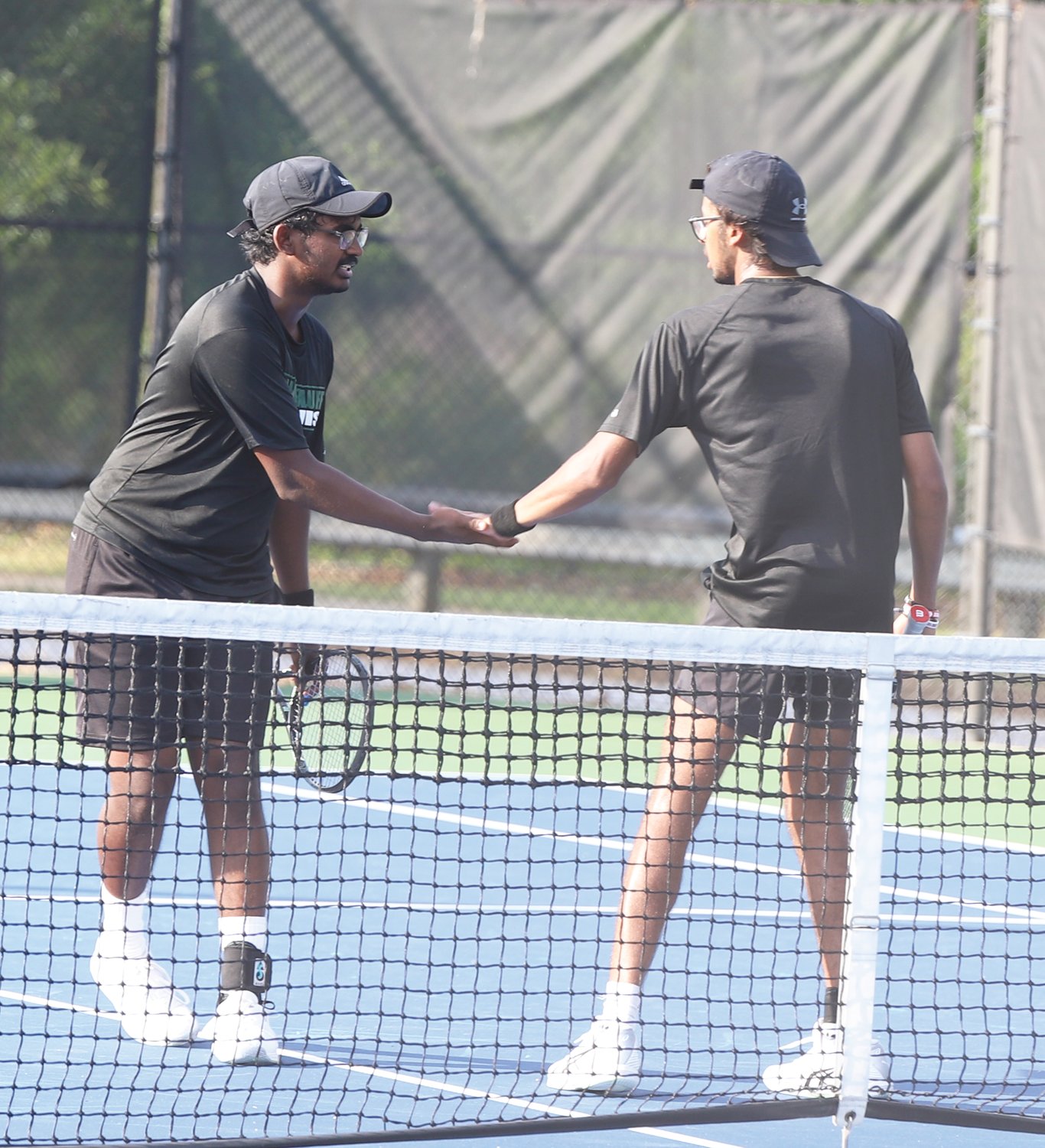 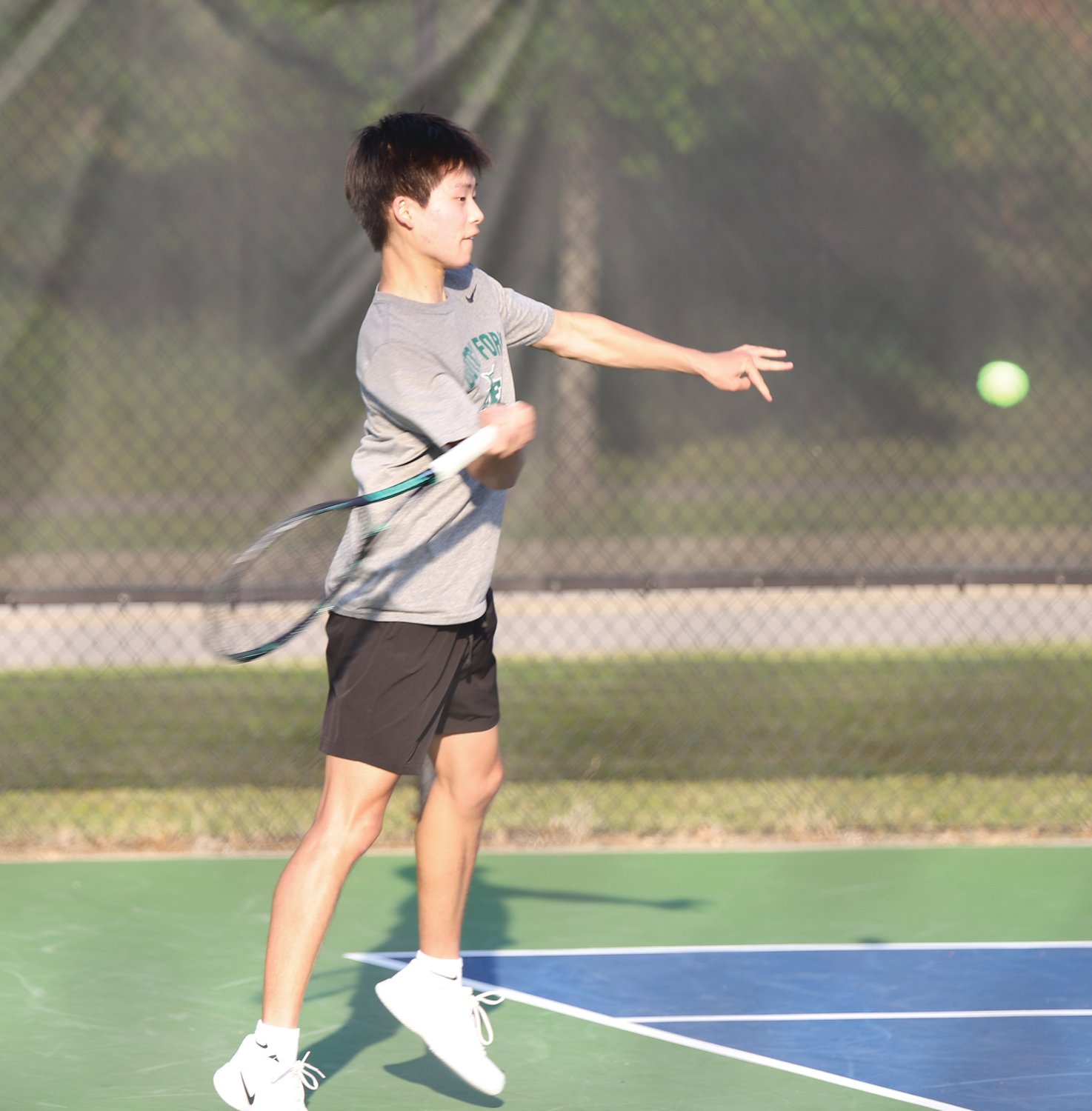 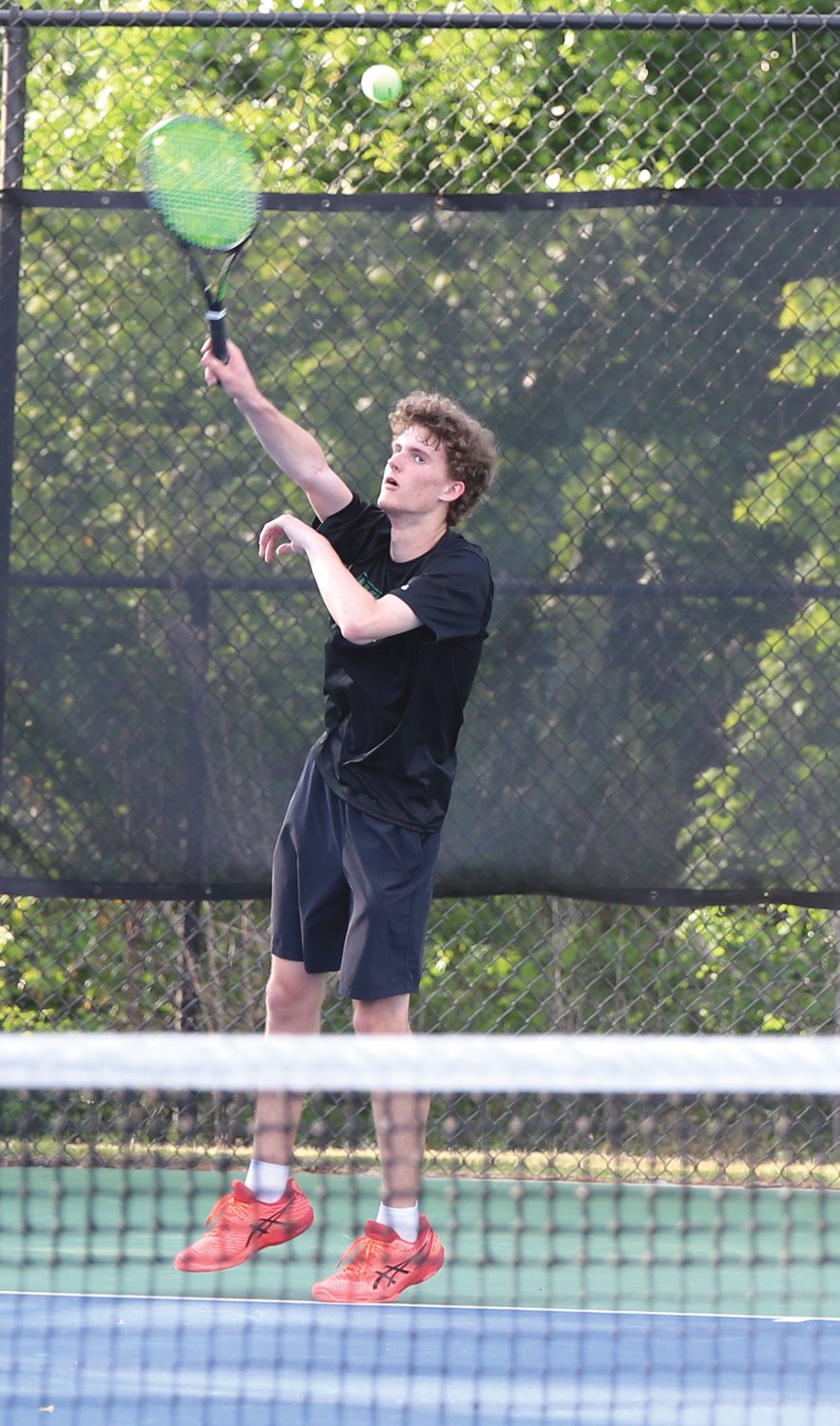 So it's just another, as we've talk about, another step in the journey that we wanted of win five here in the post-season.”
River Bluff boys tennis coach Jewell McKinney
By Thomas Grant Jr.
thomas@lexingtonchronicle.com

For the first time in school history, the River Bluff boys' tennis team is headed to the Class 5A Lower State final.

The Gators defeated Region 5-5A foe Dutch Fork 5-1 Monday at home in the third round. They won four of the five singles matches [the lone singles win by Dutch Fork was Saigo Maeda] and the doubles team of Aria Korrapati and Sai Nallu was victorious.

"For the school, this is great," River Bluff head coach Jewell Mckinney said. "And for us, it's good. It's a good accomplishment, but we entered the season with bigger goals than that.

"We wanted to get there. Of course, you can't get to where you wanted to go without taking care of this step first. So, I think for us, we need to stay focused on not just being there. We've got to be focused on going there to win that and moving on to our next step. So it's just another, as we've talk about, another step in the journey that we wanted of win five here in the post-season."

Standing in the way of a trip to Florence and the state final is a familiar nemesis. The Gators visit Wando Wednesday in Mount Pleasant in a rematch of last year's second-round matchup won by the Warriors.

"We need to be ourselves," McKinney said. "We have a nice squad and we have a squad that is very capable. One through six spots there, we match up well with them. We need to go play our game. Eliminate our unforced errors. Not get caught up in the emotions of the moment because that will be very easy because you're playing a game like this to get it down to who's going to the state championship.

"Tables will be turned. We'll be at their place. They'll have the big crowd there behind their guys. So, we'll going to have to handle the emotions of the moment and make sure that we're playing clean and eliminate some of our unforced errors and just be ourselves and trust who we are that we have the right stuff for this moment."