A festive fan base turned The Swamp into a sea of purple and white colors in support of both Breast Cancer Awareness Month and the home volleyball team. 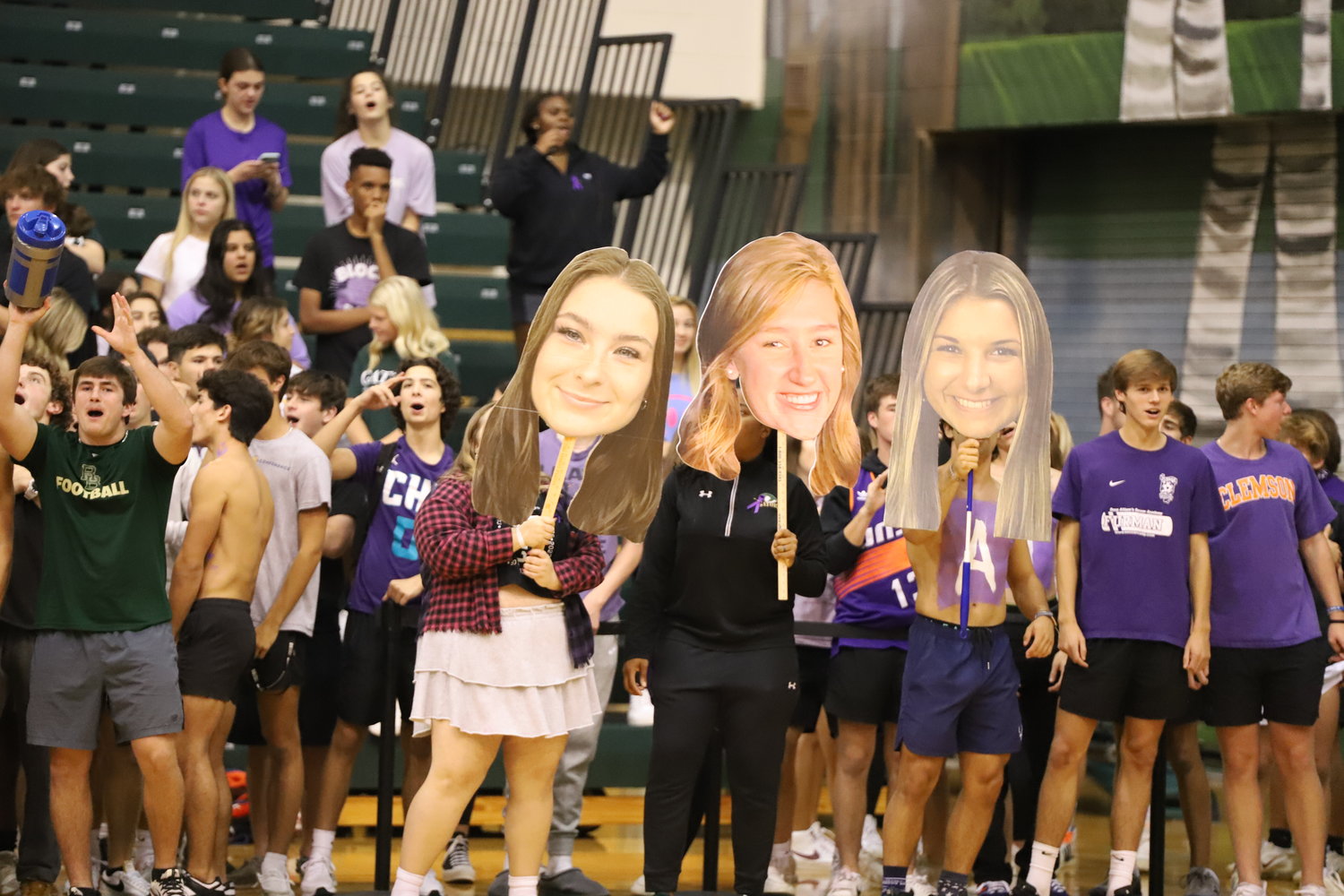 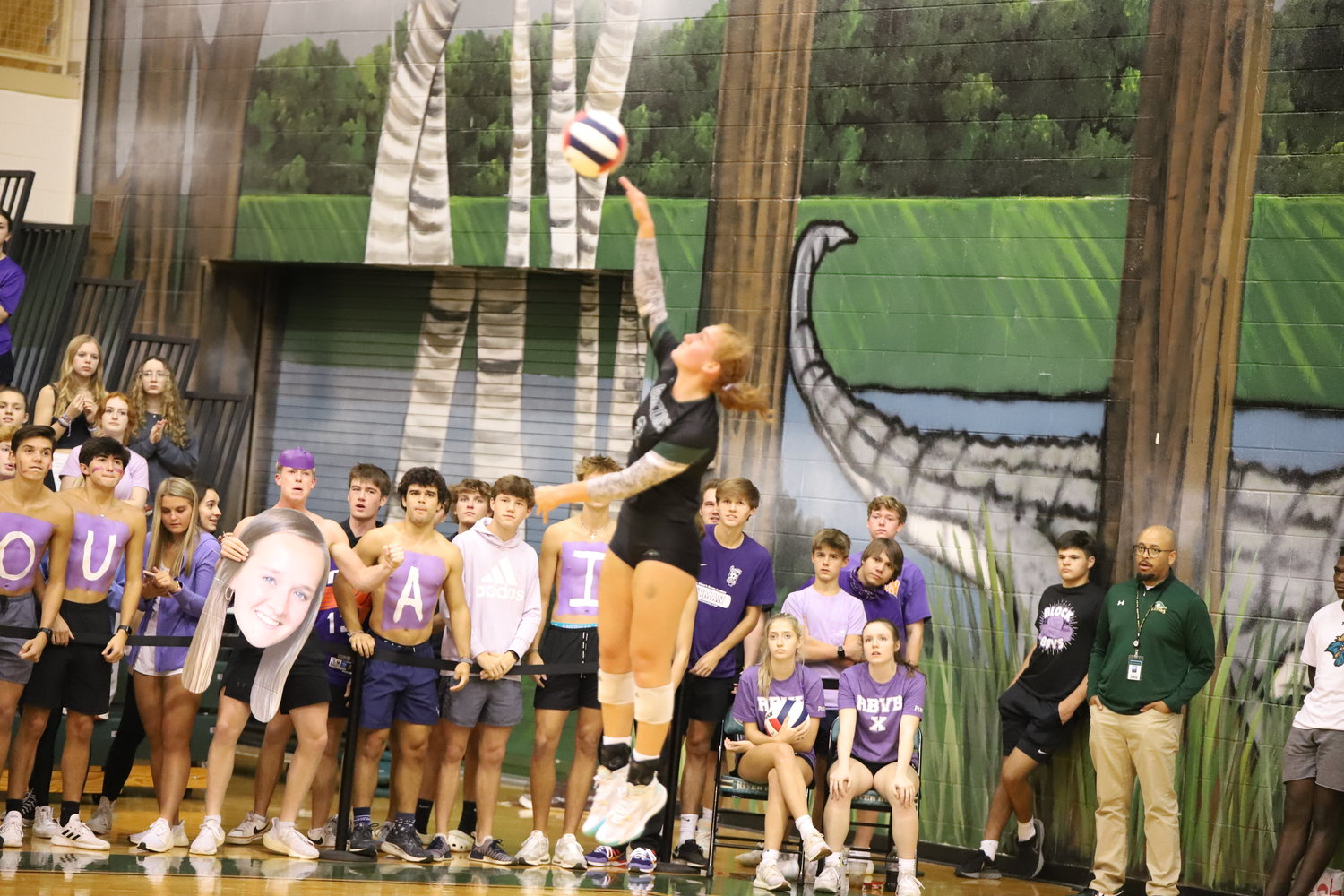 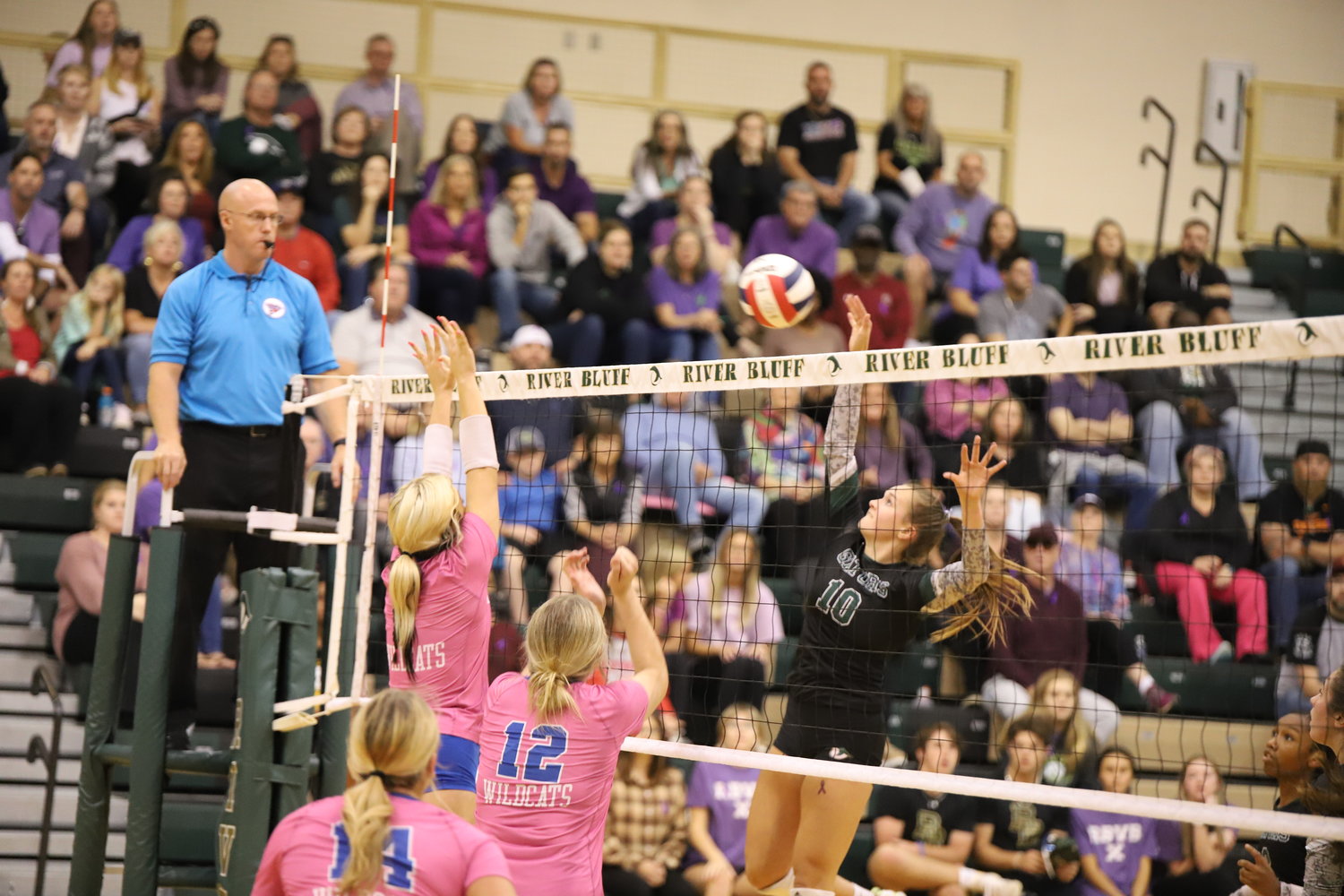 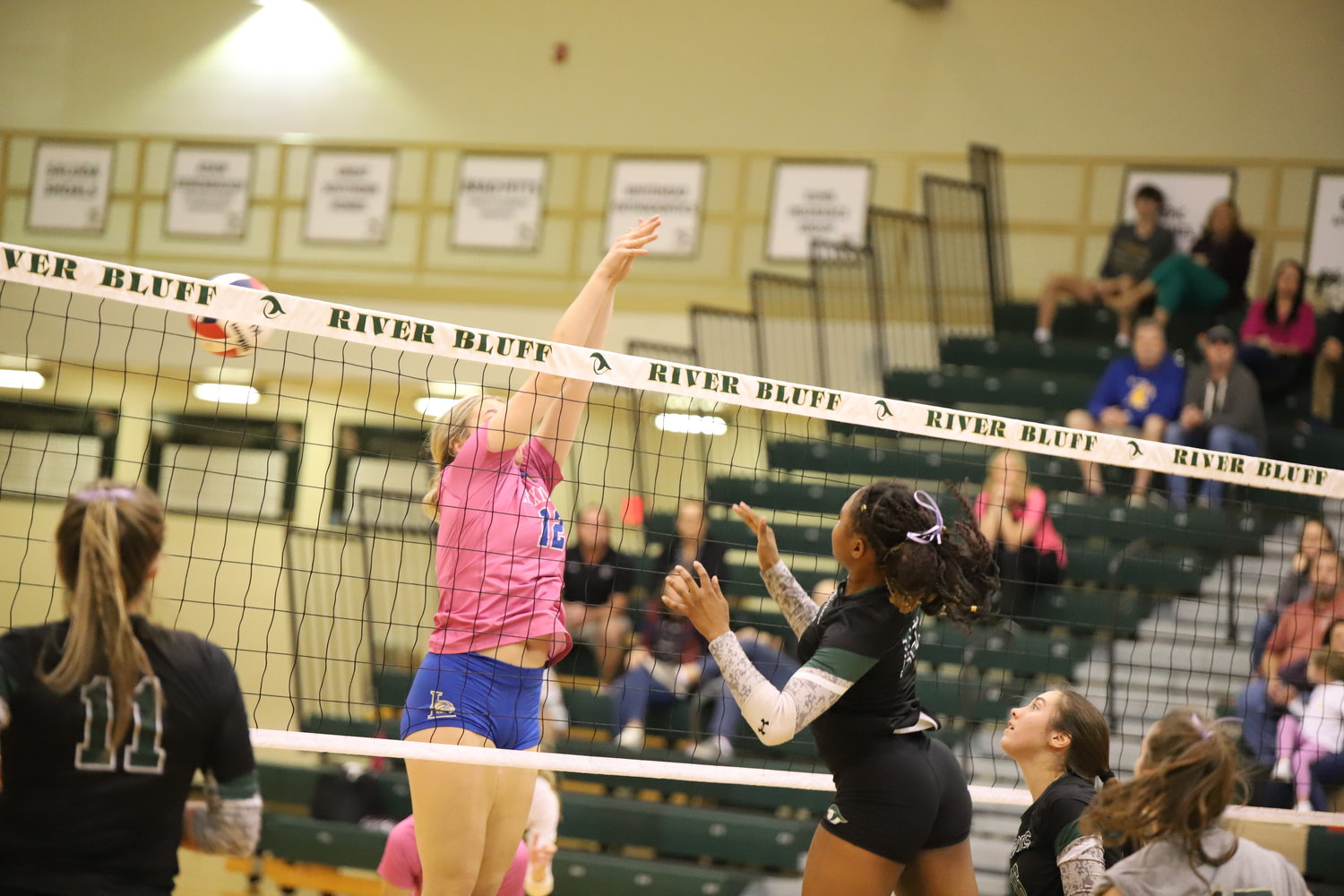 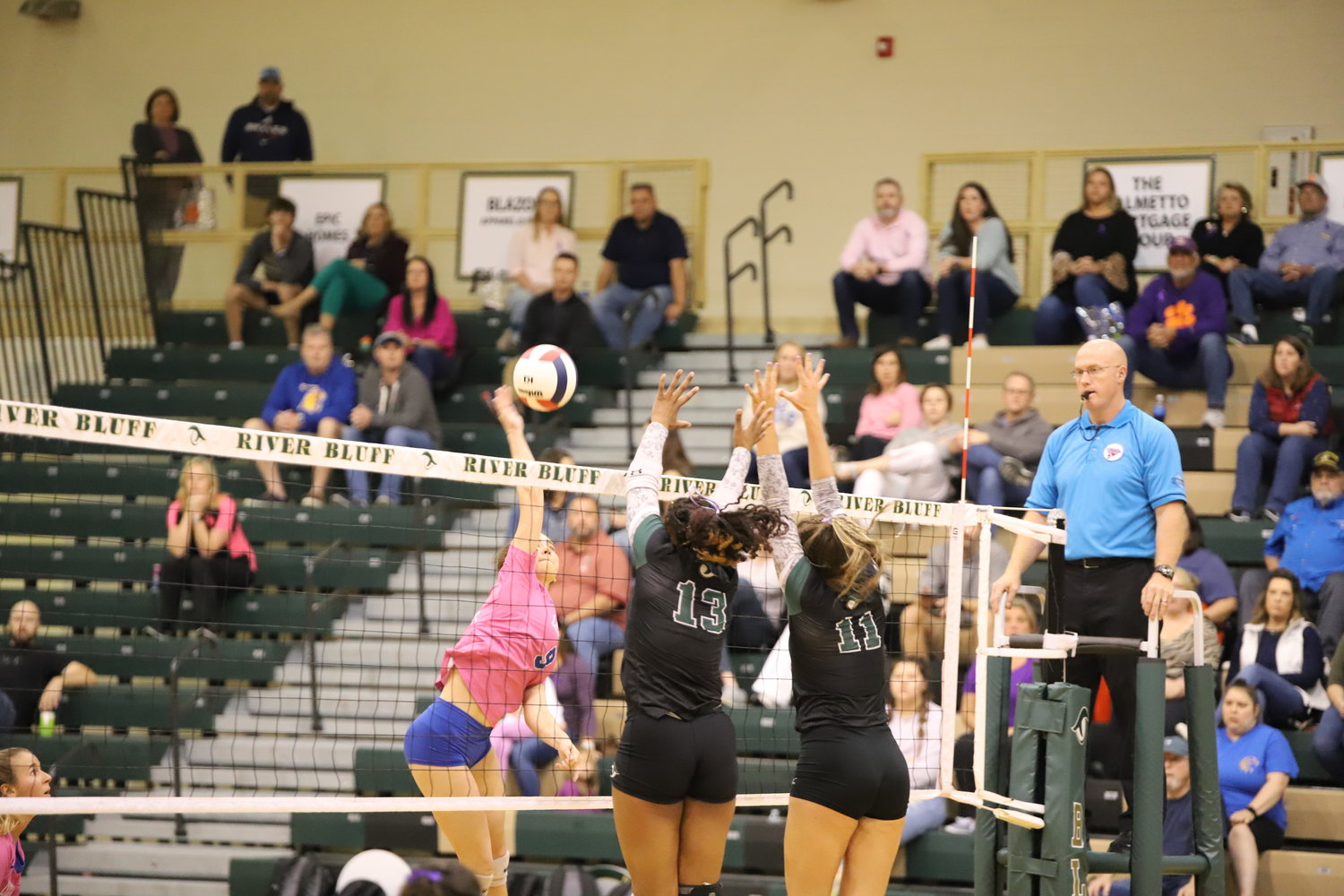 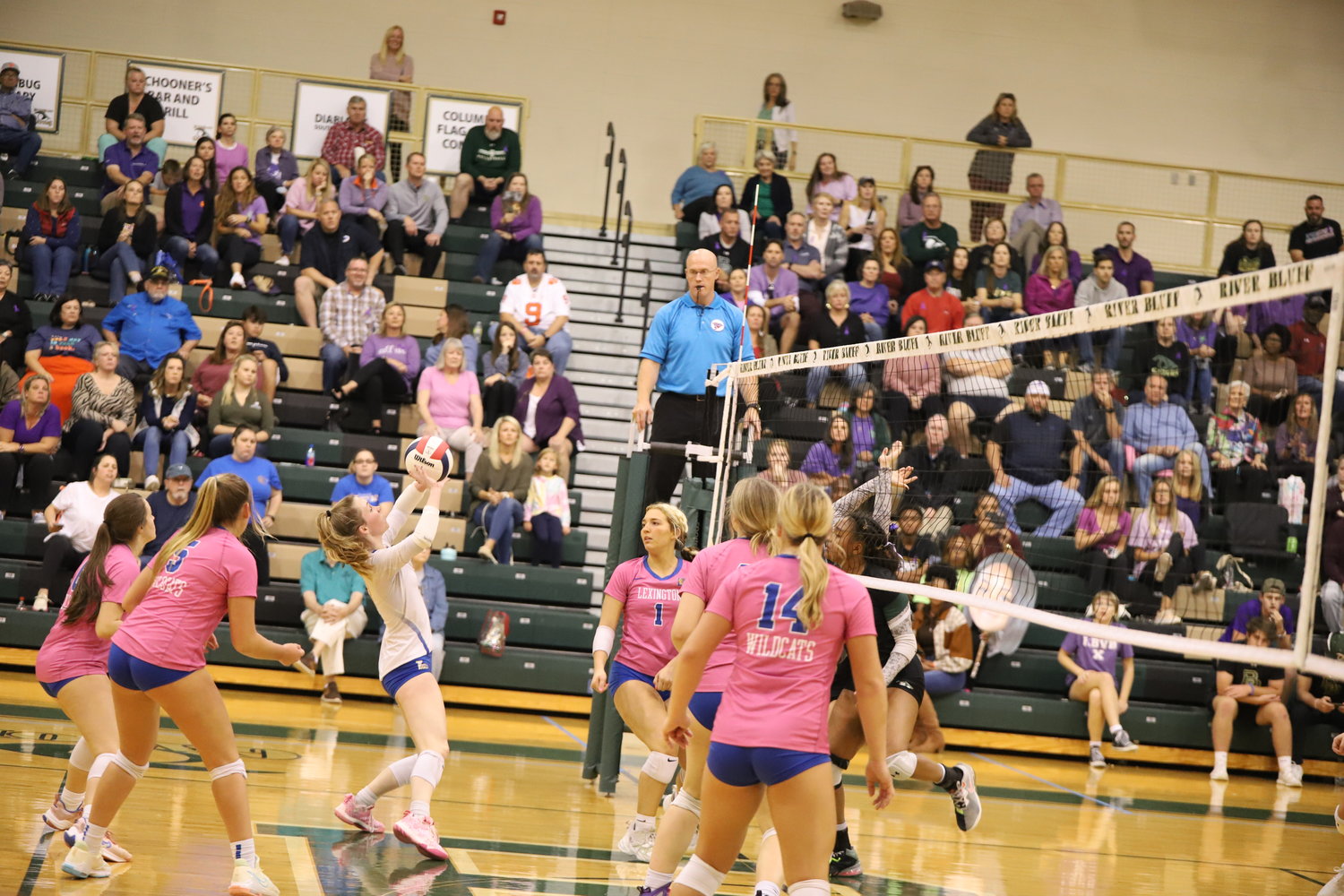 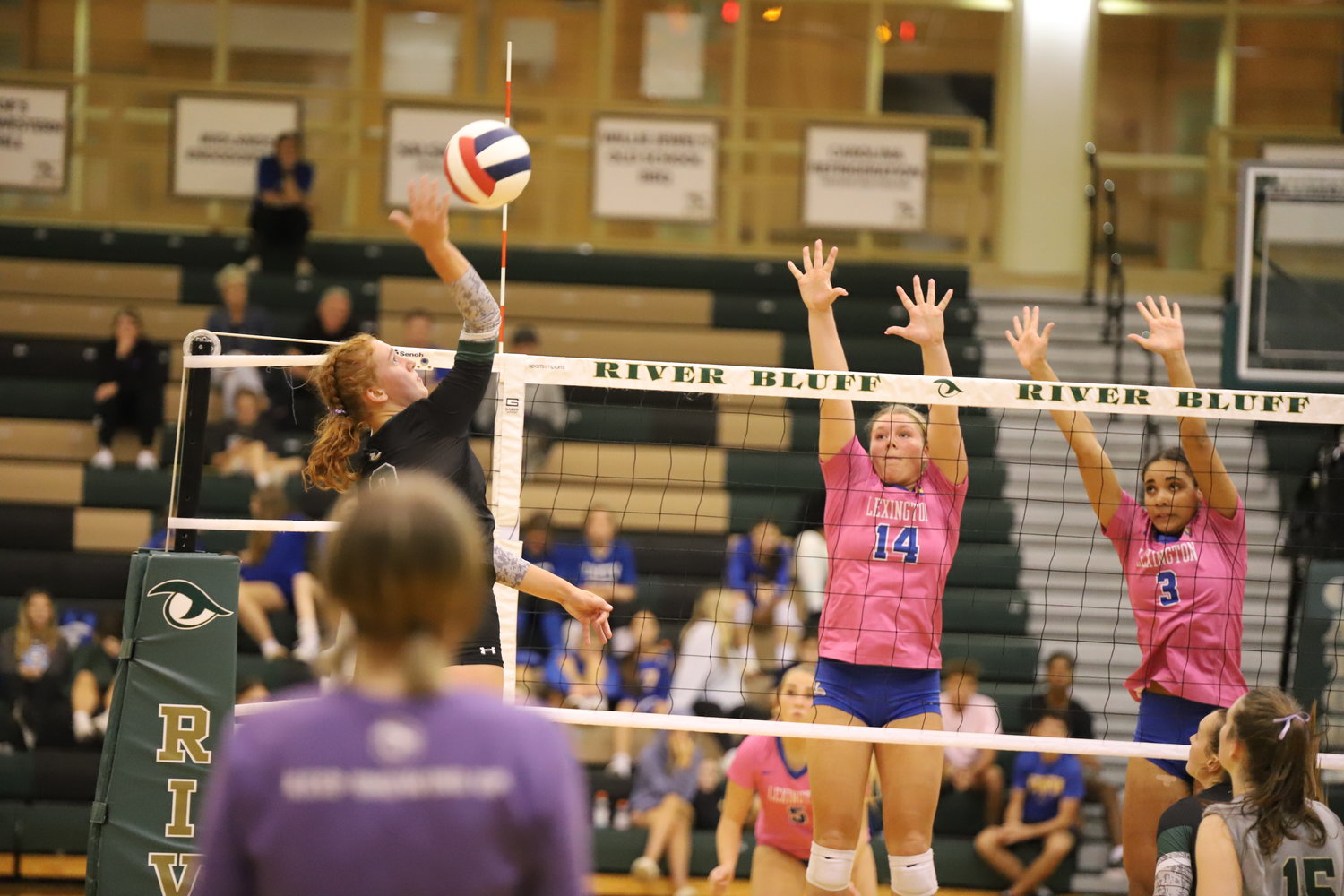 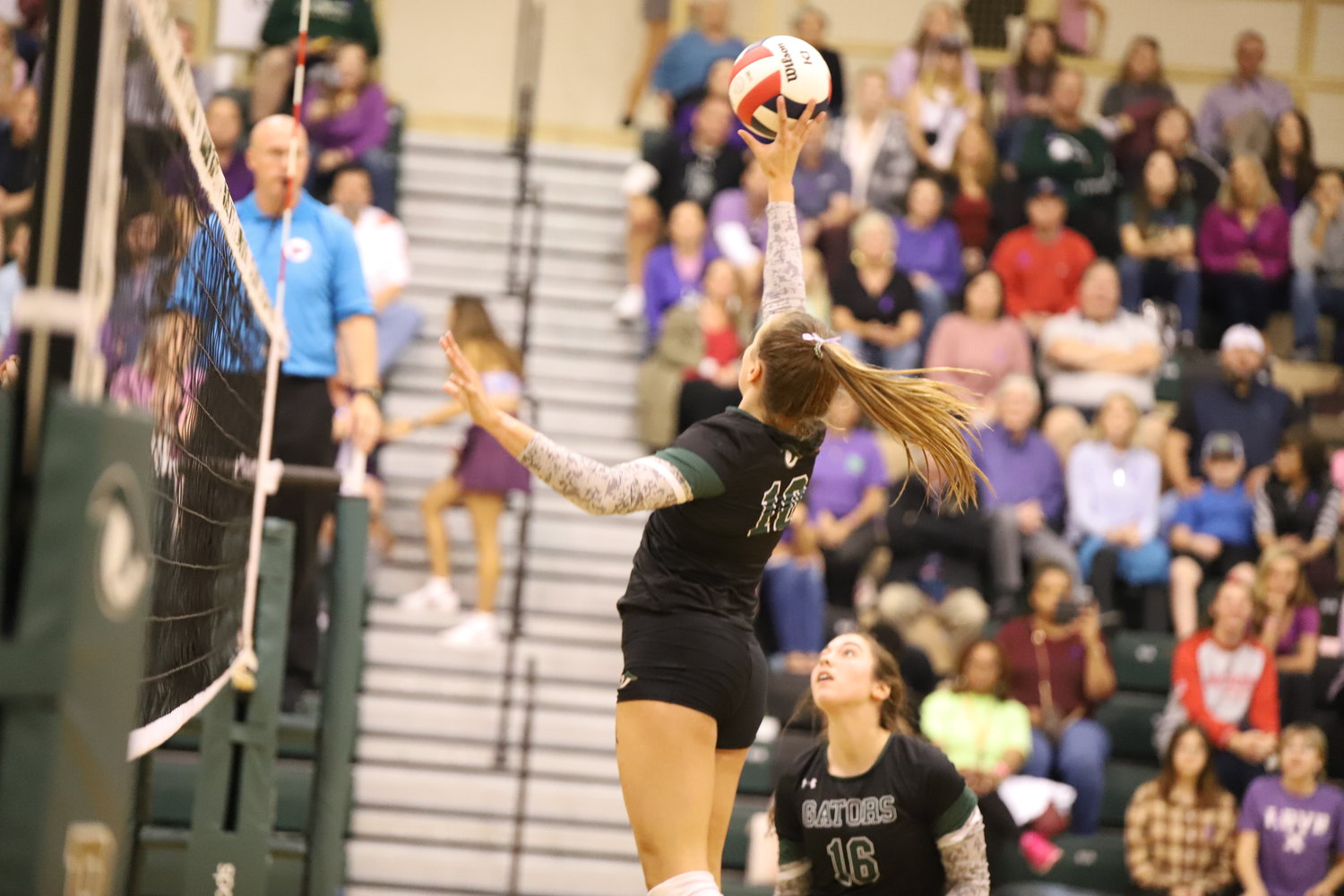 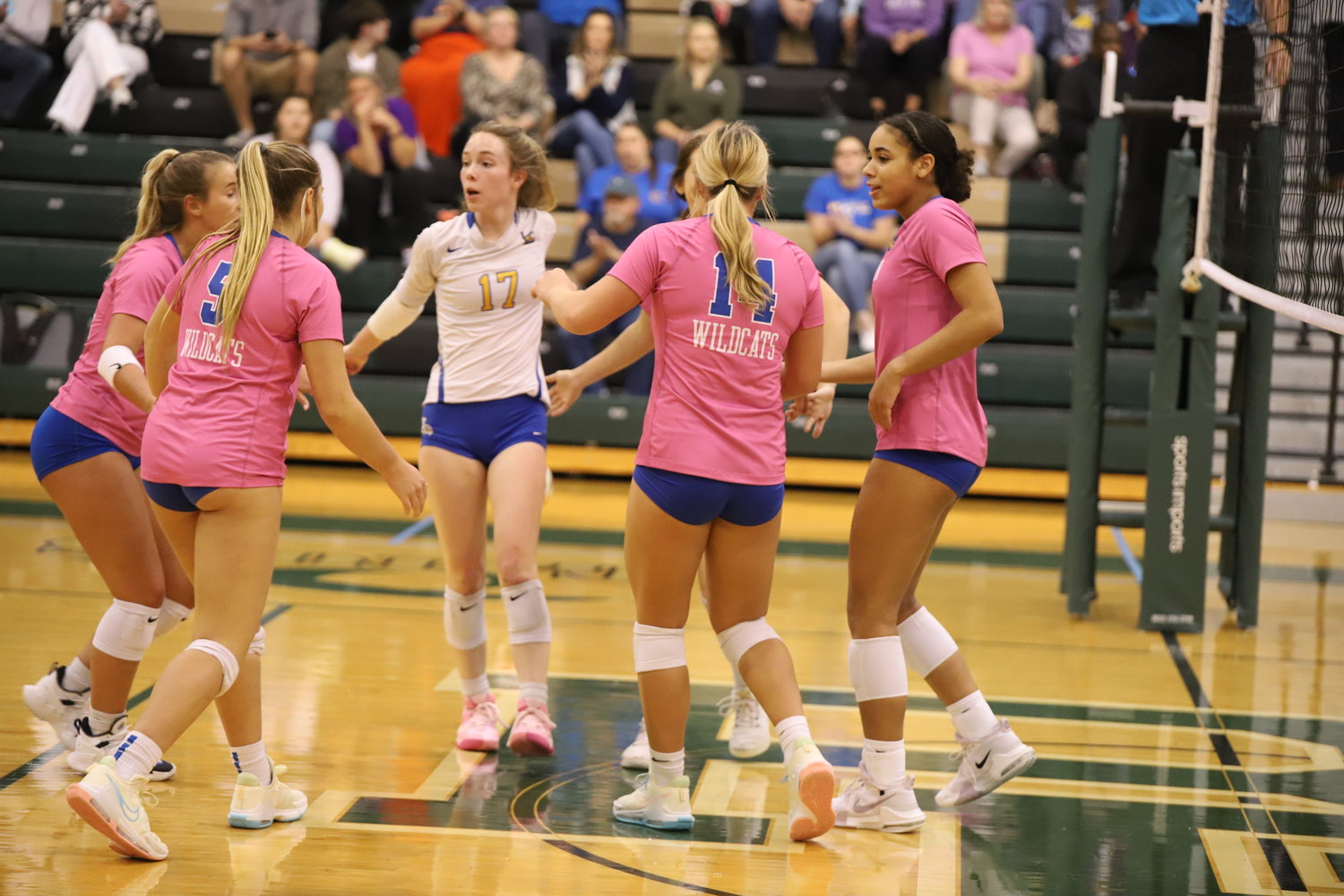 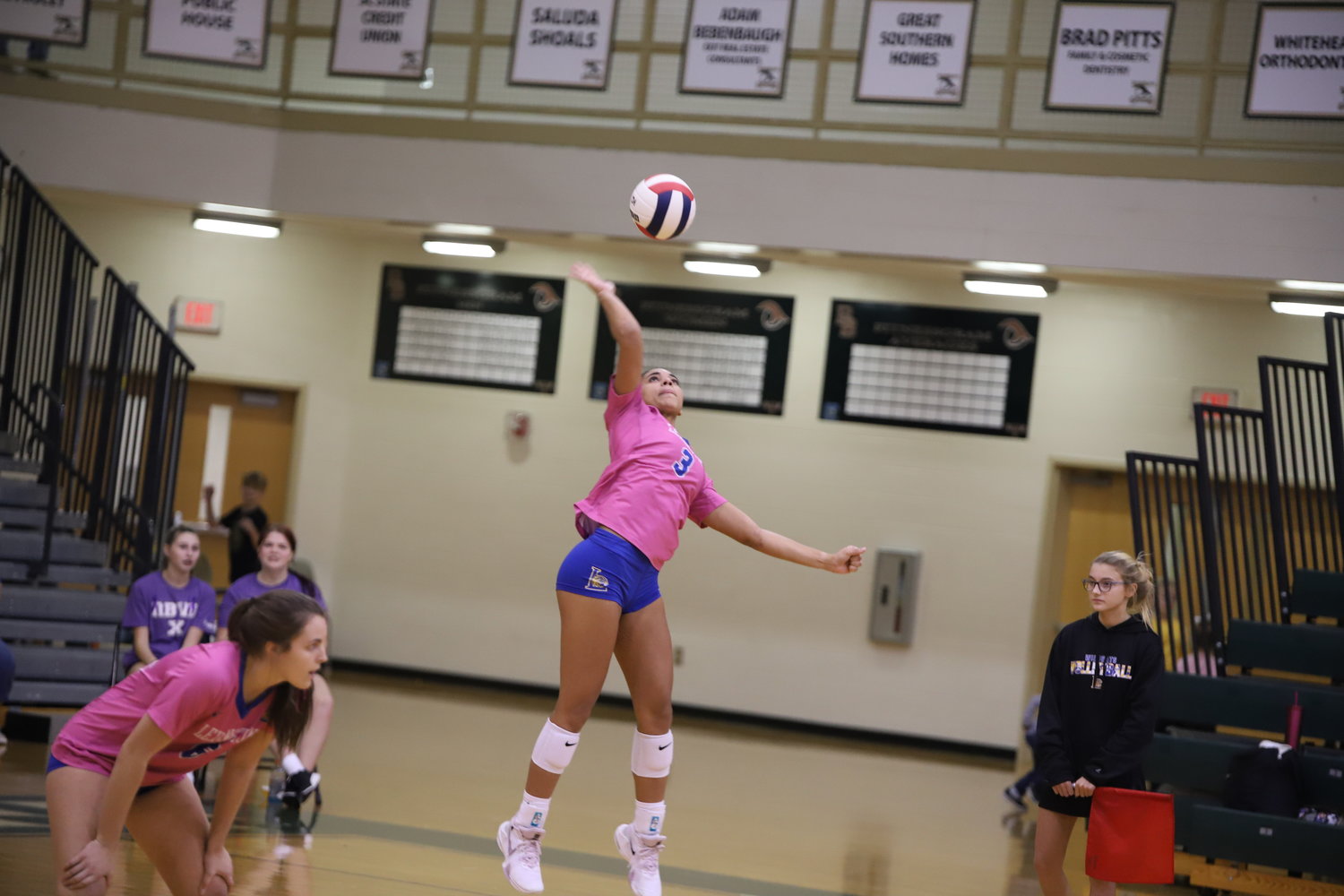 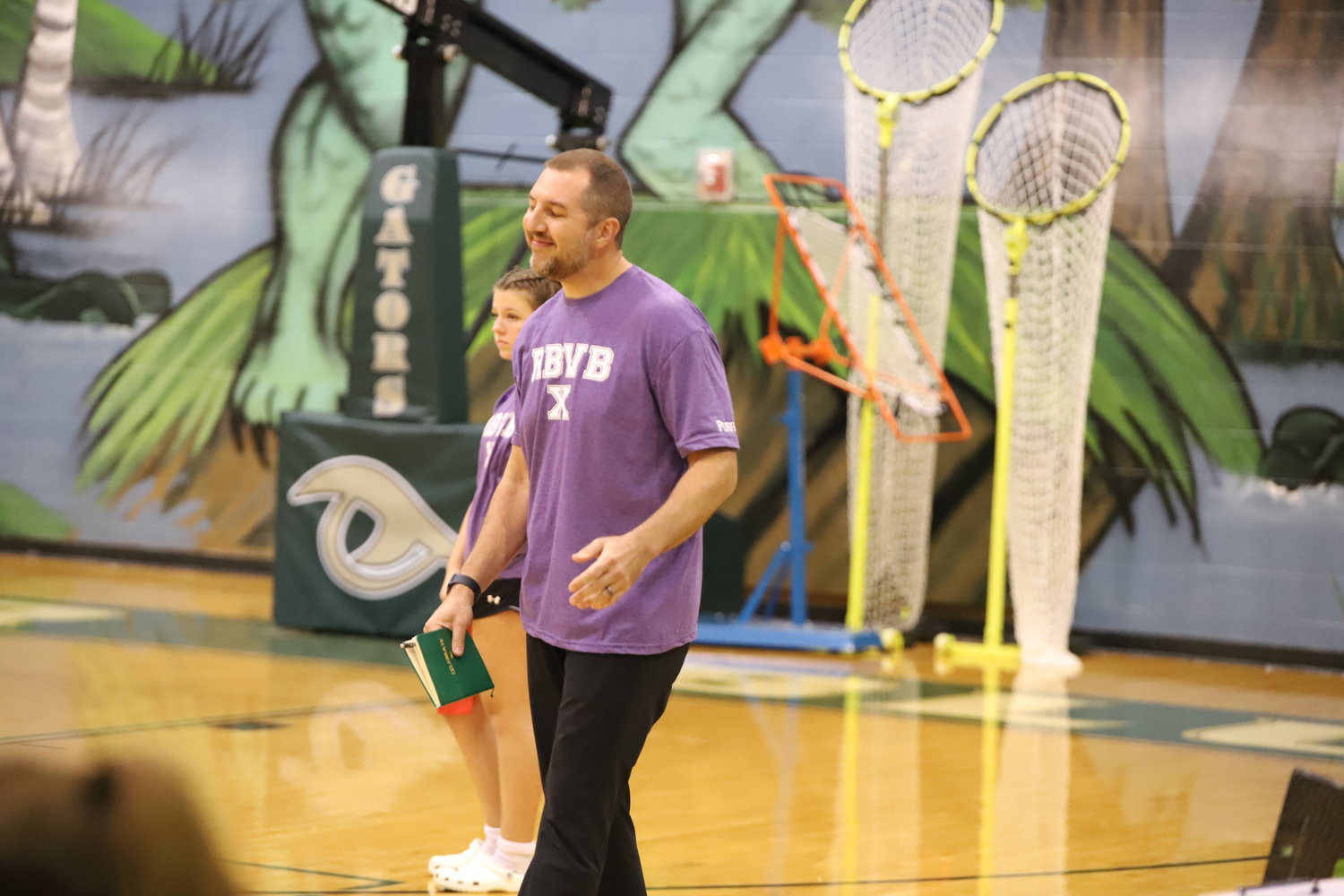 A festive fan base turned The Swamp into a sea of purple and white colors in support of both Breast Cancer Awareness Month and the home volleyball team.
River Bluff rode that support into a three-set win over archrival Lexington to clinch the Region 5-5A title and 30th win of the season.
The final scores were 26-24, 25-21, 25-17.
It was a closely contested first set, much like the first meeting in Lexington. The Lady Wildcats rallied to take a brief lead, only for the Lady Gators to score three of the final four points for the win.
The second set saw the volleyball bounce in River Bluff's favor. Return opportunties for Lexington instead turned into unforced errors resulting in points for the Lady Gators.
River Bluff took control in the third set, leading as many as nine points before closing out the match. The Lady Gators (30-4, 6-0) return to action Oct. 11 at Dutch Fork. Lexington (22-12, 4-2) returns to action Oct. 6 at home against White Knoll.  As a hybrid region, River Bluff and the fourth place team will compete in the Upper State while the Lady Wildcats and third place team will compete in the Lower State.

For the third consecutive year, the Lady Indians and Bruinettes have split the regular-season series.
It was the first loss in region play for Gilbert (14-4-1), which closes out the regular season at Brookland-Cayce Oct. 6. Should the Lady Indians and O-W (21-4, 8-1) remain tied, a one-match playoff will take place at a neutral site for the third straight year.
Gilbert has won the previous two meetings at Swansea High School.
"Tough night for us," Gilbert head coach Jackie Shealy said. "We did not execute well and had too many unforced errors. O-W always has a competitive spirit and came into tonight’s match with a great deal of determination. Unfortunately we did not take the court with the same attitude."
" We are a good team who will need to bounce back from this loss as we face Brookland Cayce on Thursday to wrap up region play. "