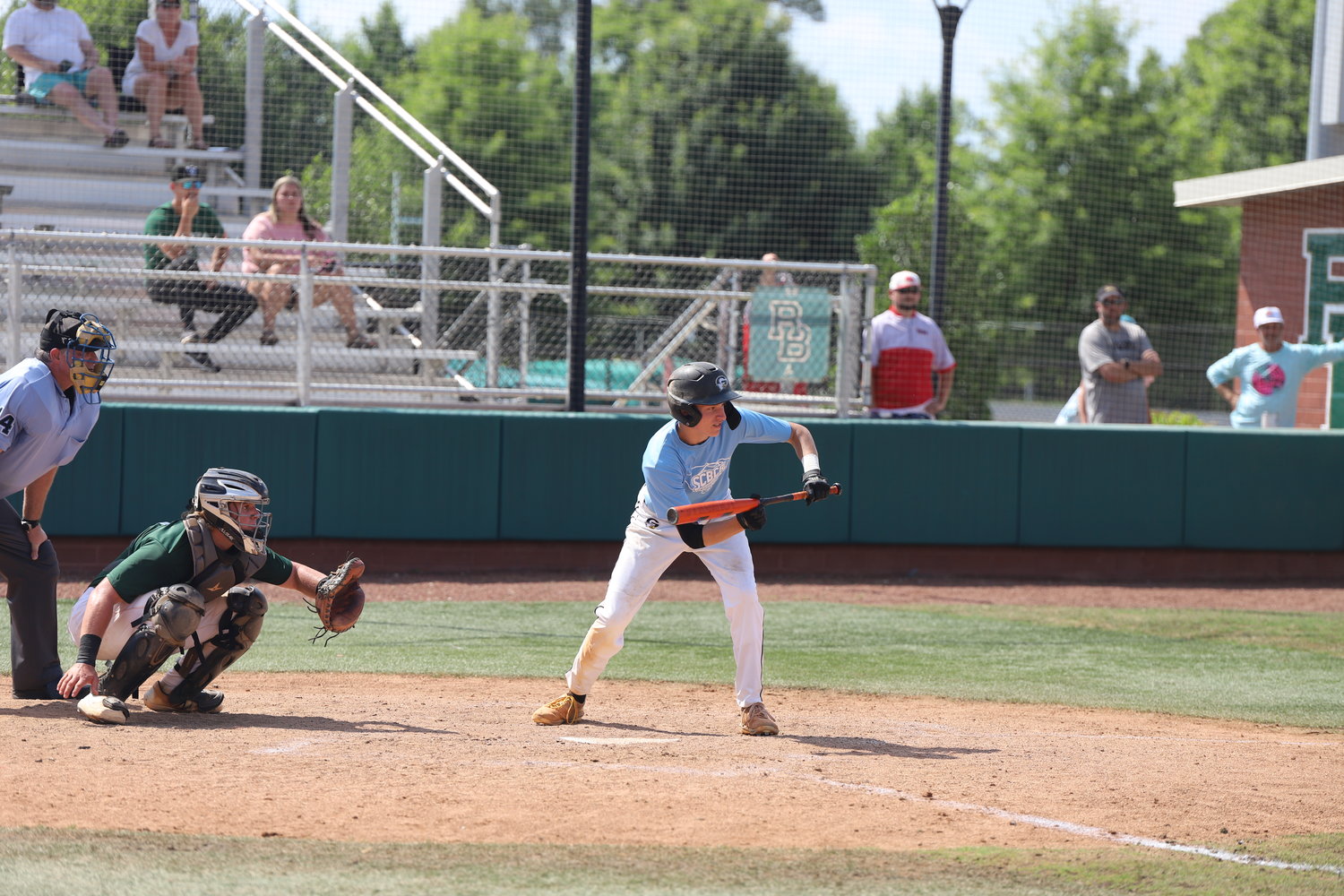 Gray Collegiate Academy's Peyton Starkey with the squeeze bunt to score the game-tying run in the seventh inning for the North.
Thomas Grant Jr. | Chronicle 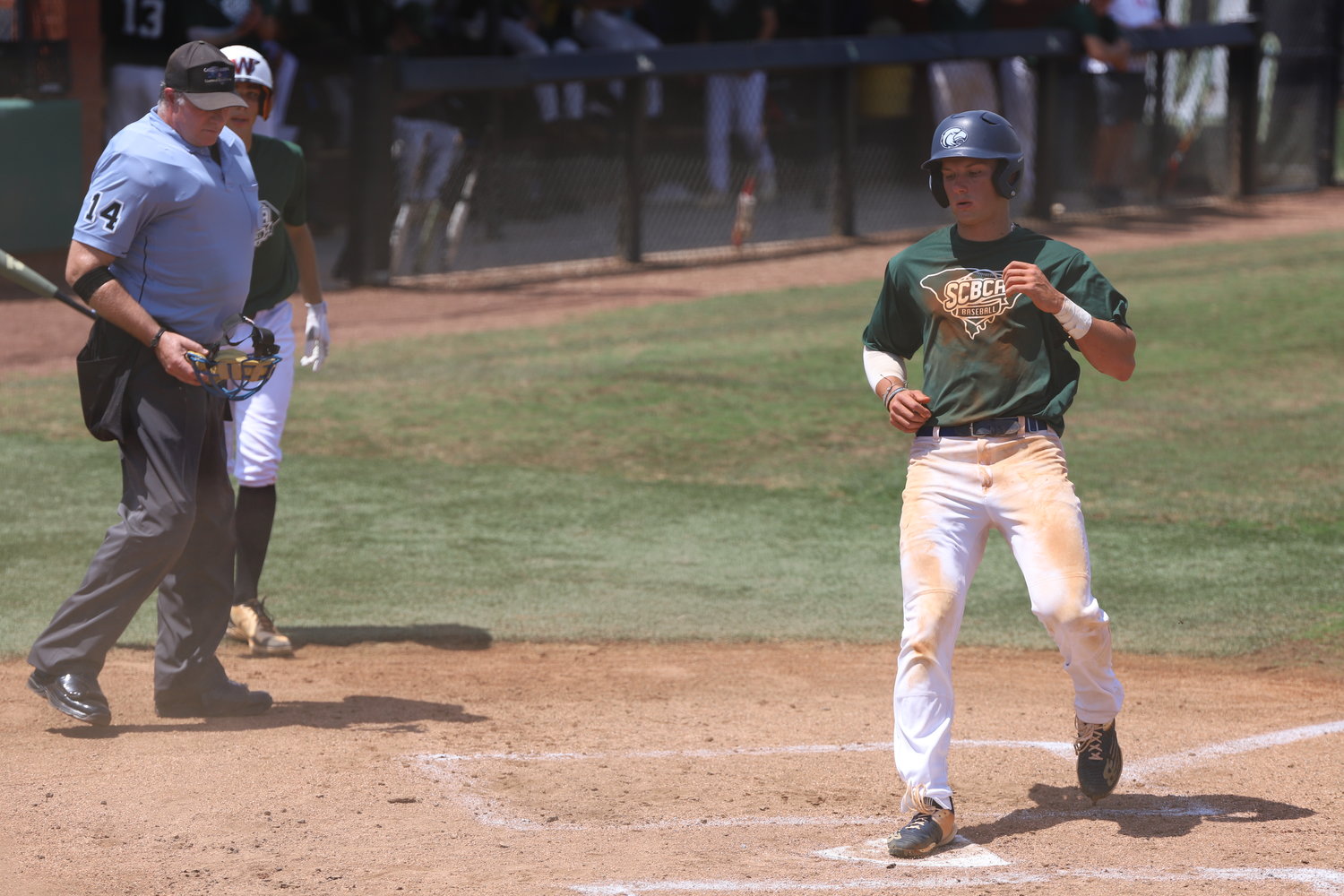 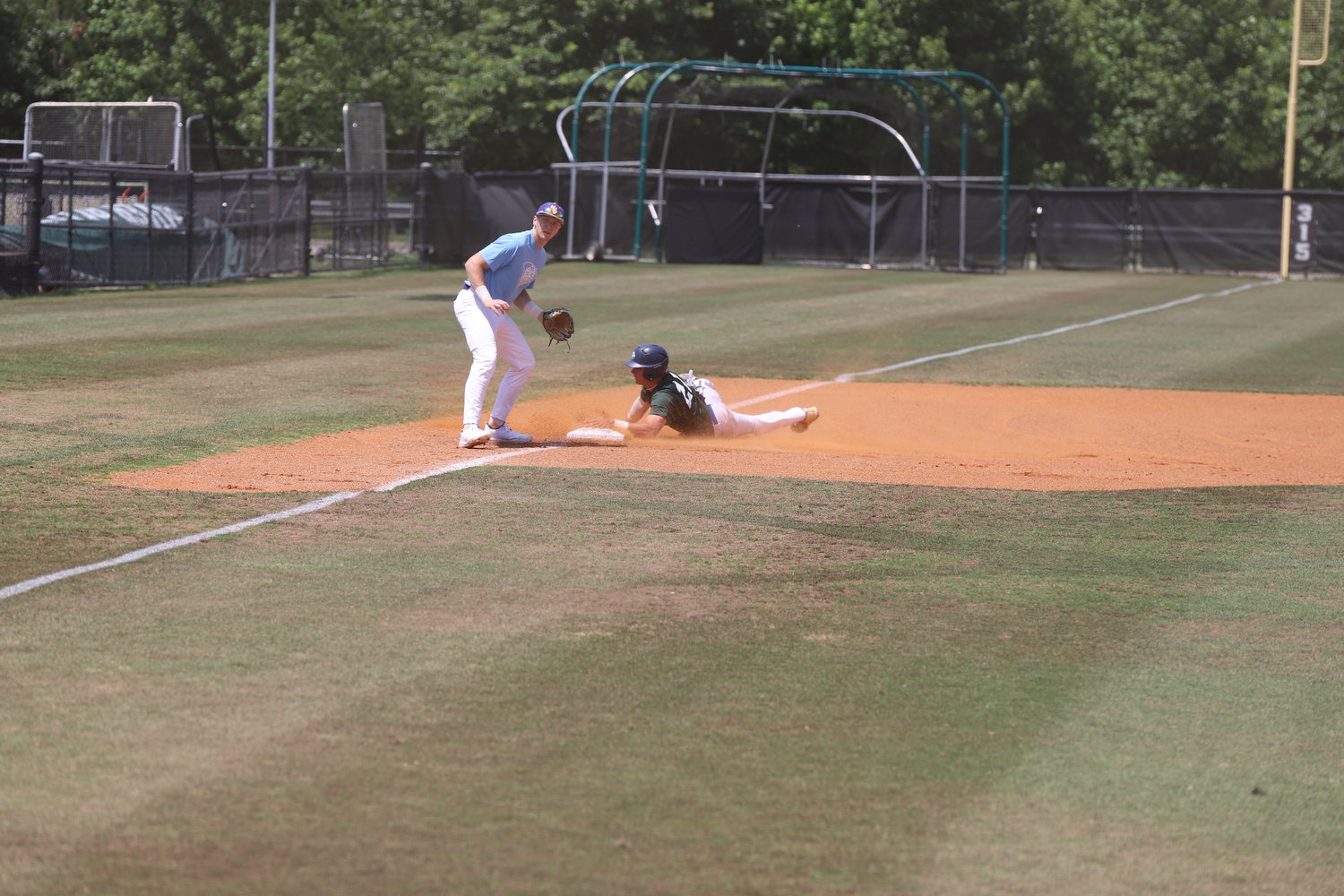 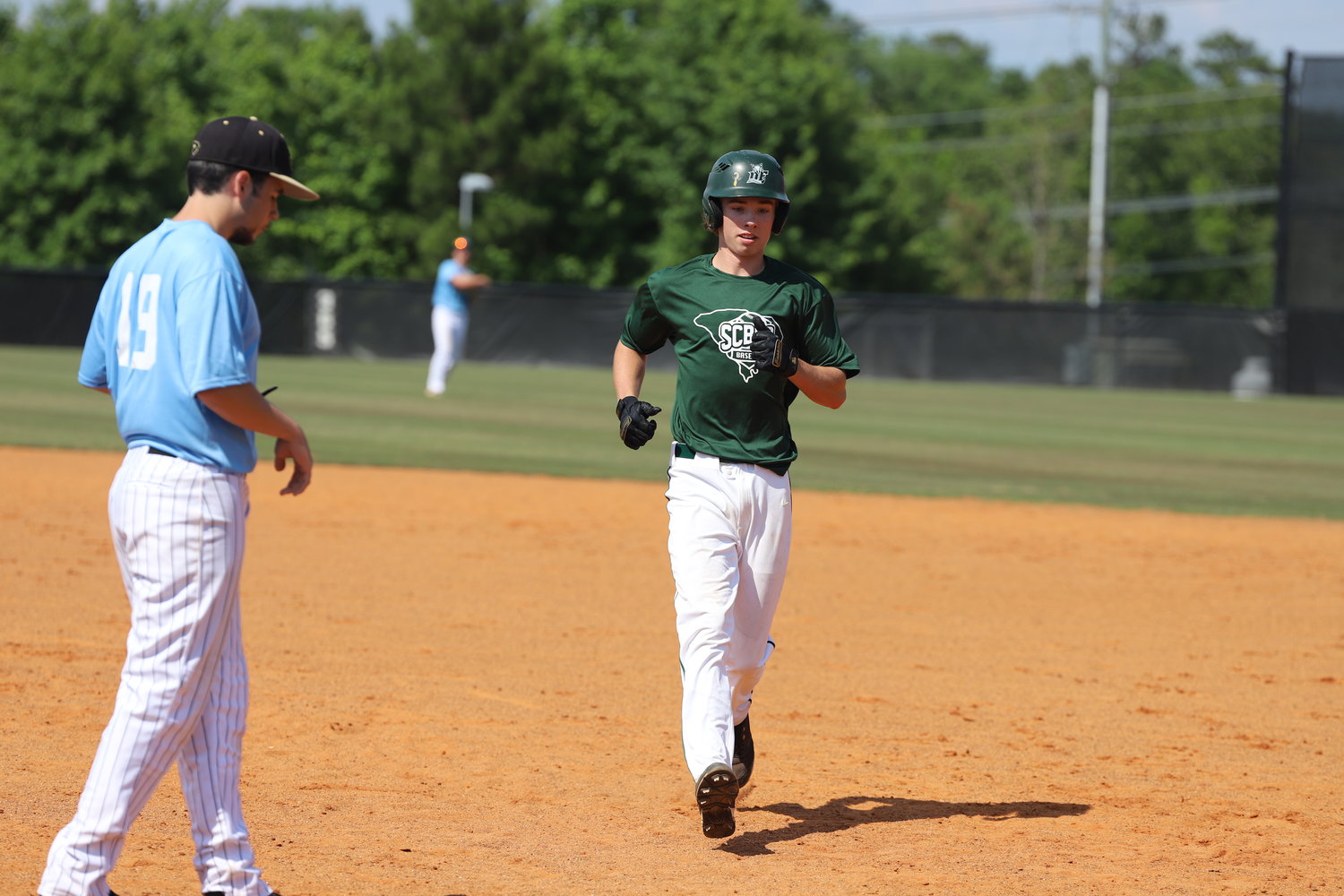 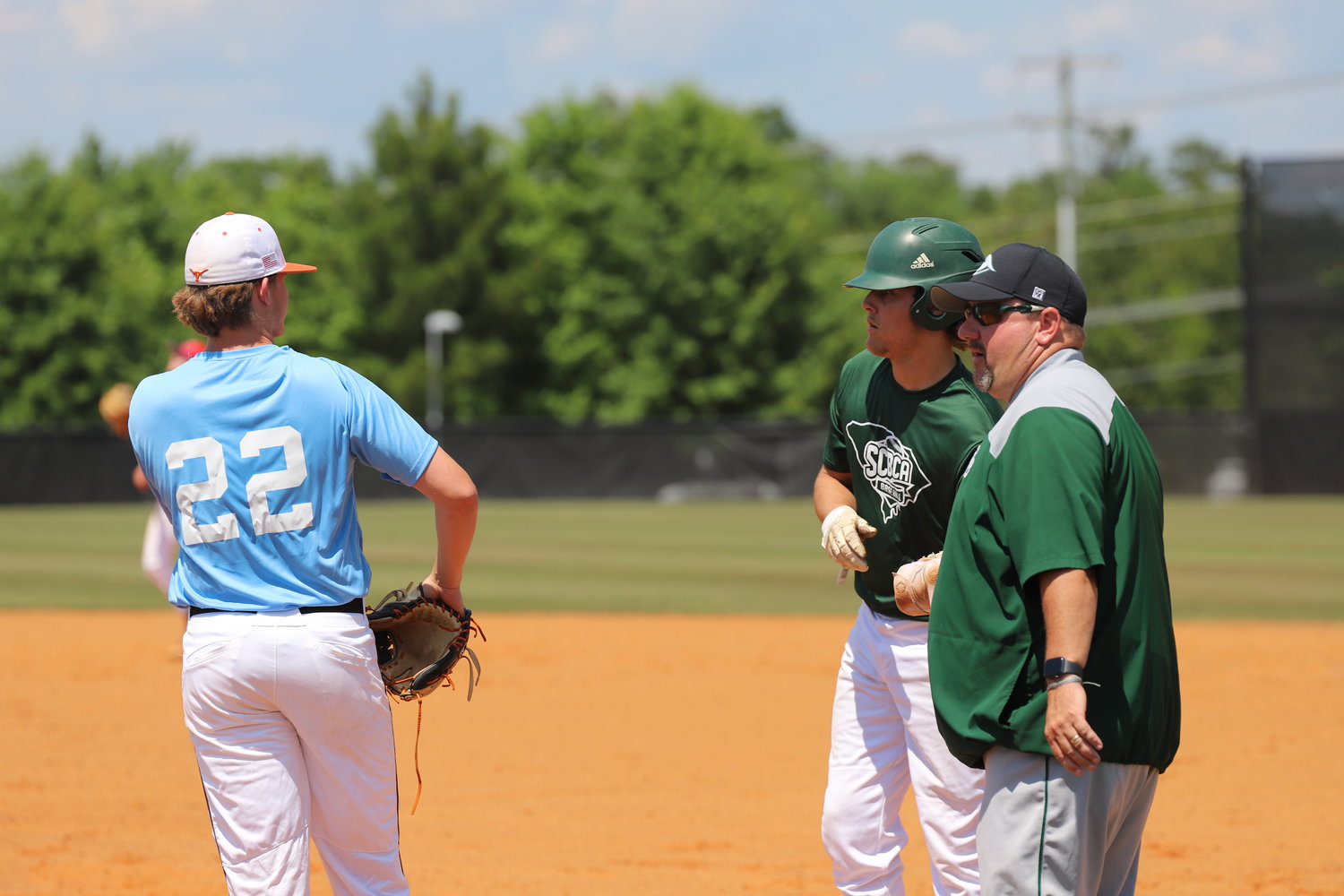 Those who played in the All-Star Game for Classes 5A/2A/A figured prominently in the contest won by the South 5-3.

The South took a 1-0 lead in the first inning as Chapin's Matthew Lively scored off a passed ball. It was the first of two runs scored by Lively off South miscues.

The North answered with two runs in the bottom half of the inning. Gray Collegiate's Peyton Starkey had an RBI fielder's choice and Chesterfield's Colton Starling hit an RBI double.

Dutch Fork's Blake Martin tied the game at 2-2 in the bottom of the second when he scored off a passed ball.

The South regained the lead on a double by Liberty's Nolan Evatt to score Lively, who reached on an infield error and advanced to third base on a throwing error by the pitcher.

The North was down to its last at bat. Leadoff hitter Fletcher Cothran of T.L. Hanna was hit. After Grayson Selepes of J.F. Byrnes reached first, the pinch runner for Cothran reached third base.

Starkey came to bat and laid down a squeeze bunt to score the tying run and reach first base. Another walk loaded the bases for Southside Christian's Brock Holder to break the tie with a two-run single.

The South stranded a runner in the bottom of the seventh to end the game. It will face at 10 a.m. Wednesday the North team that lost 8-4 to the South in the 4A/3A All-Star game played Tuesday at Gilbert High School.

The game between the North Classes 5A/2A/A and South Classes 4A/3A teams will follow at 12:30 p.m. The event concludes with the second North-South Select Game at 3 p.m.