SC Jazz Masterworks Ensemble Back at Home in Irmo Theater

The group is an 18-piece big band with saxophones, trombones, trumpets, piano, bass, guitar and drums, and a singer.

SC Jazz Masterworks Ensemble Back at Home in Irmo Theater 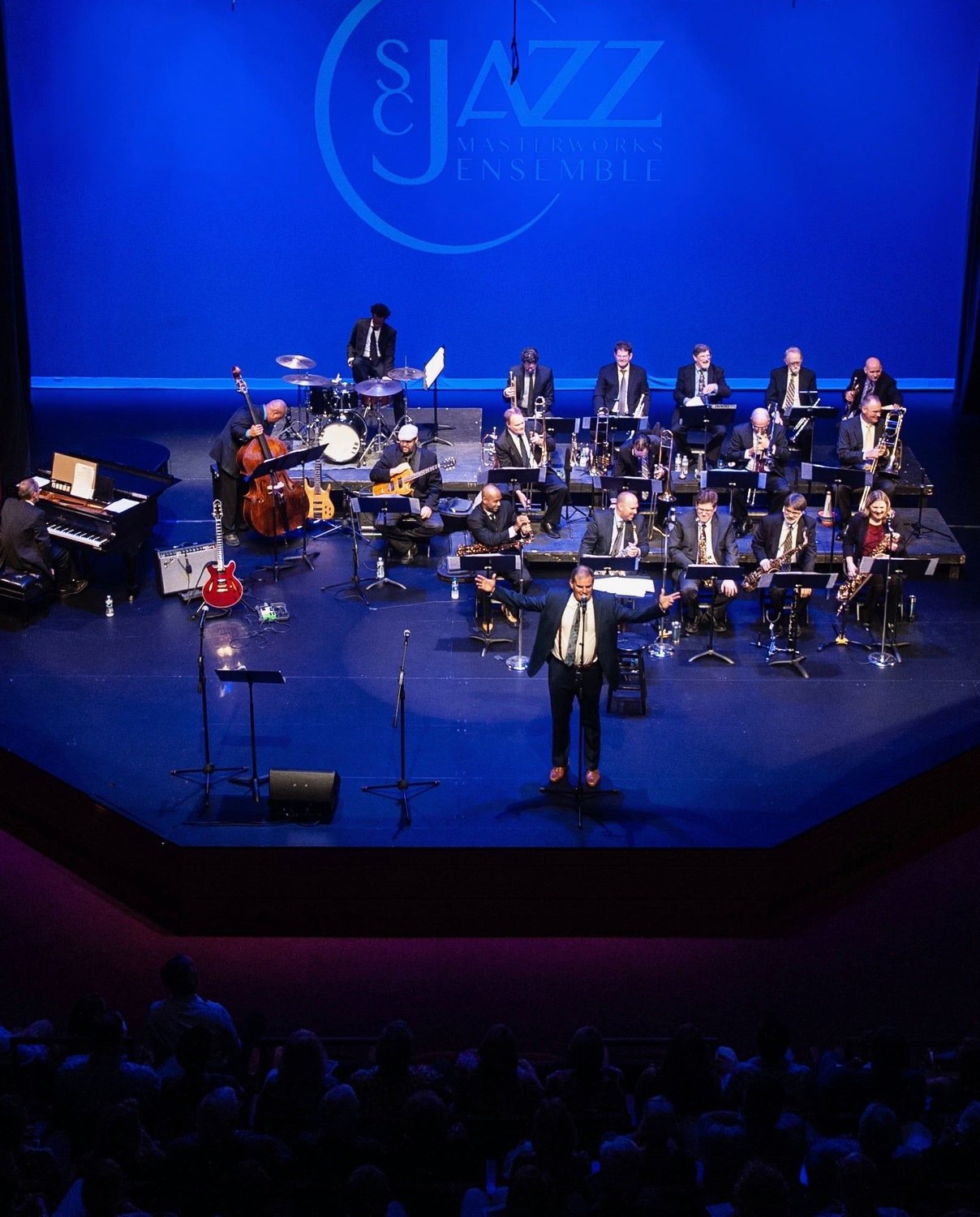 Revivals have come and gone, but the appeal of big band jazz and swing is about as timeless as American popular music gets.
Columbia saxophonist Robert Gardiner is dedicated to keeping it that way. He’s the guiding force behind the South Carolina Jazz Masterworks Ensemble, a group that keeps the sound active and accessible to local audiences. They will perform this weekend in Irmo with special guest saxophonist Joe Lovano, who has performed with numerous jazz legends.
Gardiner is a music educator who teaches at Lander University in Greenwood, and directs a big band there, and he has played in various combos around the Midlands for years.
The desire to create something special led him to form the SC Jazz Masterworks Ensemble, he told the Chronicle.
“My goal was to create a band of the highest caliber musicians I could get,” Gardiner recalled. “I’ve drawn in people not just from South Carolina but also North Carolina, Florida, Ohio, Georgia, even Texas — some of the best musicians I know from across the Southeast.”
With a plan in mind to bring in famous jazz musicians as guests, the Ensemble gelled as an 18-piece big band with saxophones, trombones, trumpets, piano, bass, guitar and drums, and a singer. With that lineup, Gardiner says their options aren’t limited to traditional big band material.
“I’m trying to do serious music,” He says. “We’re using the Duke Ellington model, but I’m casting a broader net and using more modern influences as well–within all of our arrangements, there are opportunities for improvisation.”
The pandemic dealt a serious setback to the ensemble, just as it did all arts organizations. The group’s supporters kept the band, set up as a nonprofit organization, afloat for about a year off, until last April when they presented the first of three performances they were able to mount in 2021.
“We followed all the guidelines at the time with masks, half-house sales of the auditorium, and we just tried to make something happen,” Gardiner said.
This weekend’s concert is the first for 2022, back in the intimate yet roomy Harbison Theatre, which seats 400.
“It is a state of the art facility and a great venue for us,” Gardiner said. “We already have another show booked in June, and we’re hoping to continue to work with them. It’s a central location in the Midlands, and a great room for our sound.”
Saturday’s guest Joe Lovano isn’t a household name, but he’s worked with many of the names one would immediately know from the jazz world, Gardiner noted.
“It’s the nature of jazz in that we’re not the most popular music in the world anymore and other than artists such as the Marsalis family who are known, you then have musicians such as Joe who are among the best ever, and nobody knows them,” he said. “He’s recorded over 40 albums as a bandleader, and played with people such as John Scofield, Paul Motian and Bill Frisell.”
Lovano has also recorded with Esperanza Spalding, Michael Brecker and Joshua Redman.
But it’s Lovano’s very early career that may come in the most useful with this week’s show, however. His first big jazz gig was playing in Woody Herman’s big band, a group of similar size and scope to the SC Jazz Masterworks Ensemble.
“So even though he’s done all these other amazing things, he got his start with the big bands,” Gardiner said. “We’ll be doing some of the same Woody Herman arrangements on the classics with Joe, and some of ours, too.”