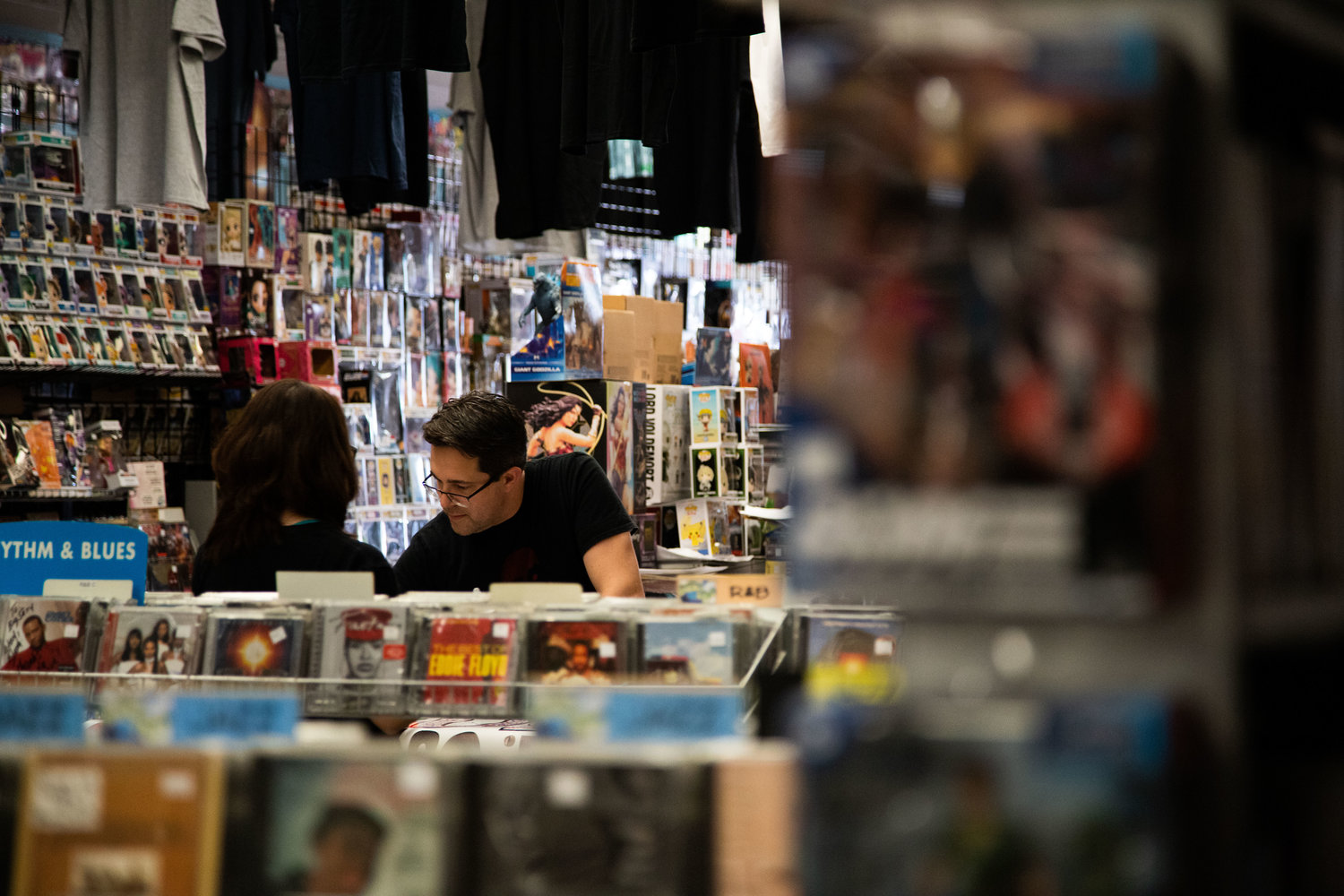 The shop, which opened in Triangle City in 2003, held the latest in what has become a successful series of events in recent years. The Halloween Fest featured a live band (Simpsonville metal act Guardian’s Warlock), a costume contest, free comics and candy, and other deals throughout the store.

The band played at the back of the store, while guests, both costumed and not, listened from the aisles.

At the front of the store, two people cosplayed as Cassandra Dimitrescue from the Resident Evil video game franchise and Oogie Boogie from “The Nightmare Before Christmas,” with guests welcome to pose with them for pictures.

Comic creators Dan Evans and Josh Adams were on hand to promote their book “APOLLYON 20XX.”

Since opening Scratch N’ Spin, Woodard said he has enjoyed and helped many local artists. Singers and bands that attend his events are commonly local or regional, receiving a chance to play for potential new fans and sell merch.

In the past, Woodard has held CD release parties for artists. He also offers the opportunity for musicians and artists to sell their wares on consignment.

“I think that’s one of the things that a record store really can do is basically help nurture local creatives, local artists, and help get their music or art or whatever out into the community,” he said.

This expansion store will be the third location the shop has called home. The shop was originally a few doors down when it needed to upgrade their space. Now, overflowing with inventory, Woodard has decided a second location would be vital to show their expansive collection. As of now, the expansion will involve a retail portion and a storage portion, and will be located close by in West Columbia, though the owner wouldn’t yet reveal the exact location.

The shop owner started his career as an employee for Columbia record store Manifest, which closed in 2018. He said his experience at that shop, which he described as a local legend, led him to want to open his own.

When the shop first opened up, Woodard said they considered themselves a DJ specialty store, but it has since evolved into a store that carries a plethora of items appealing to a diverse variety of tastes, both mainstream and far from it. He said Scratch N’ Spin now views itself as a pop culture store.

Woodard said he prides himself on his employees, who each have a specialty, whether that be comics, toys, music, or video games.

“We push that because folks can come here and get specialized knowledge, specialized help, which you can’t get at a lot of other stores,“ he said.

They Believe in Irmo: Local coffee roaster looks back on first 10 years, place in community