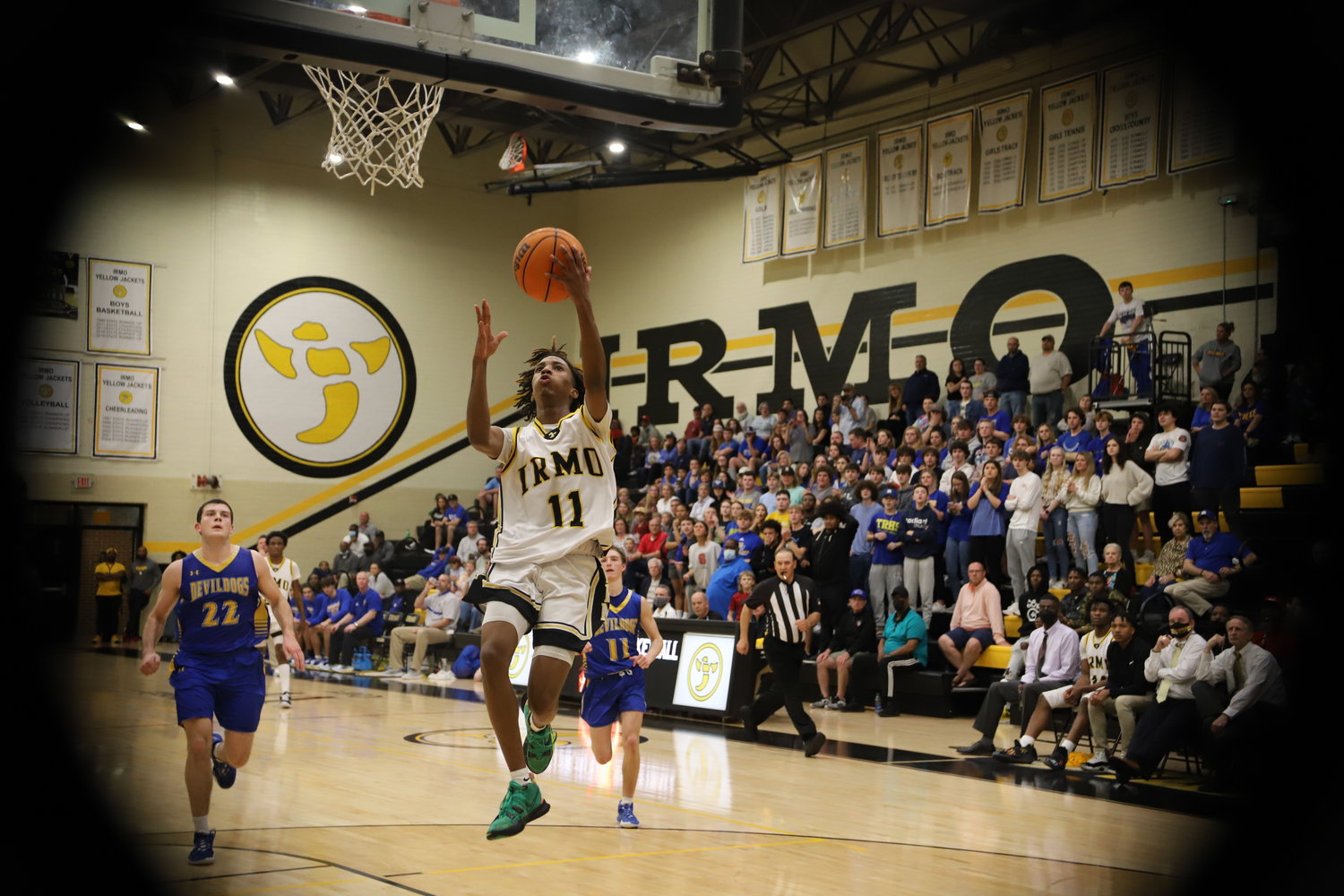 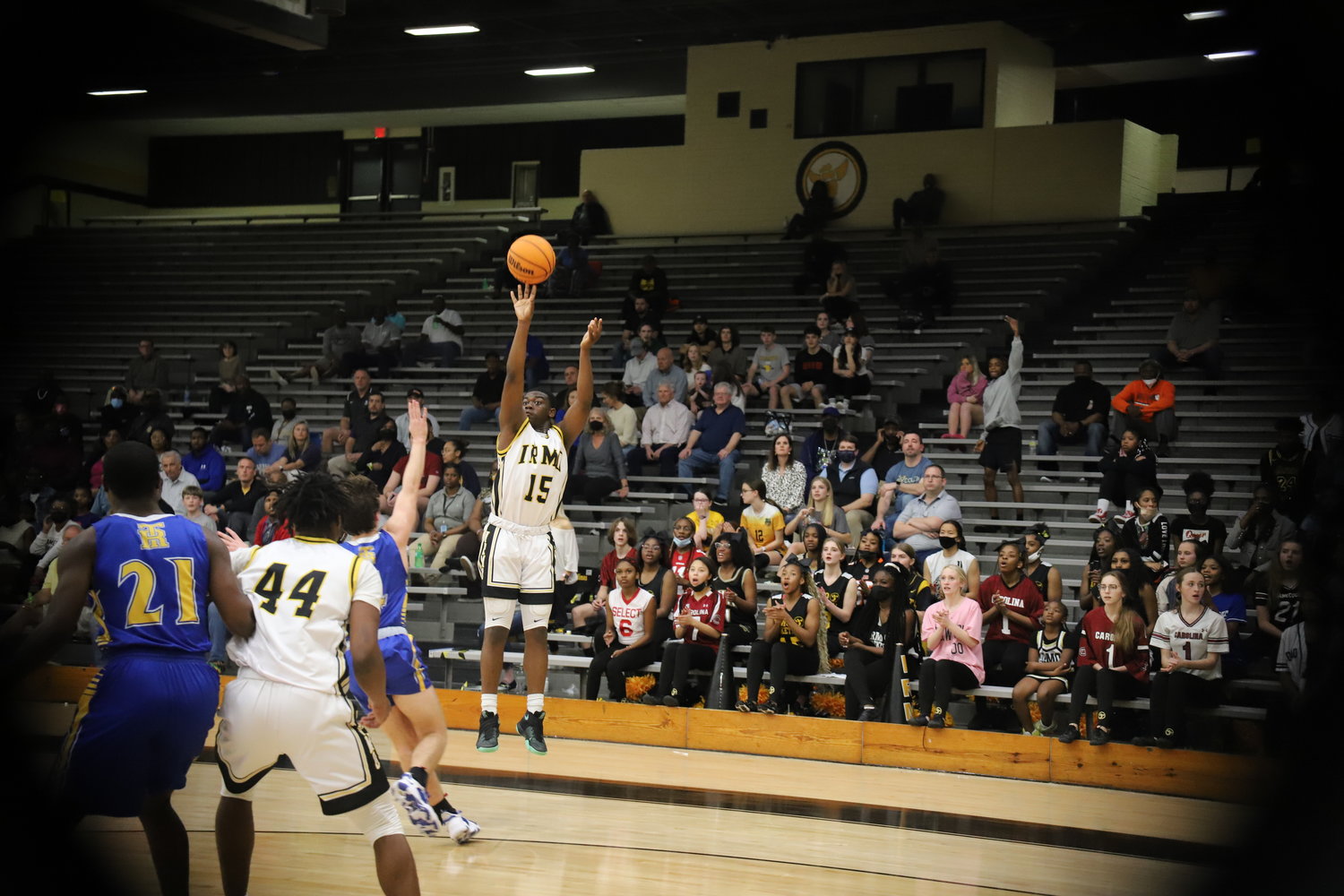 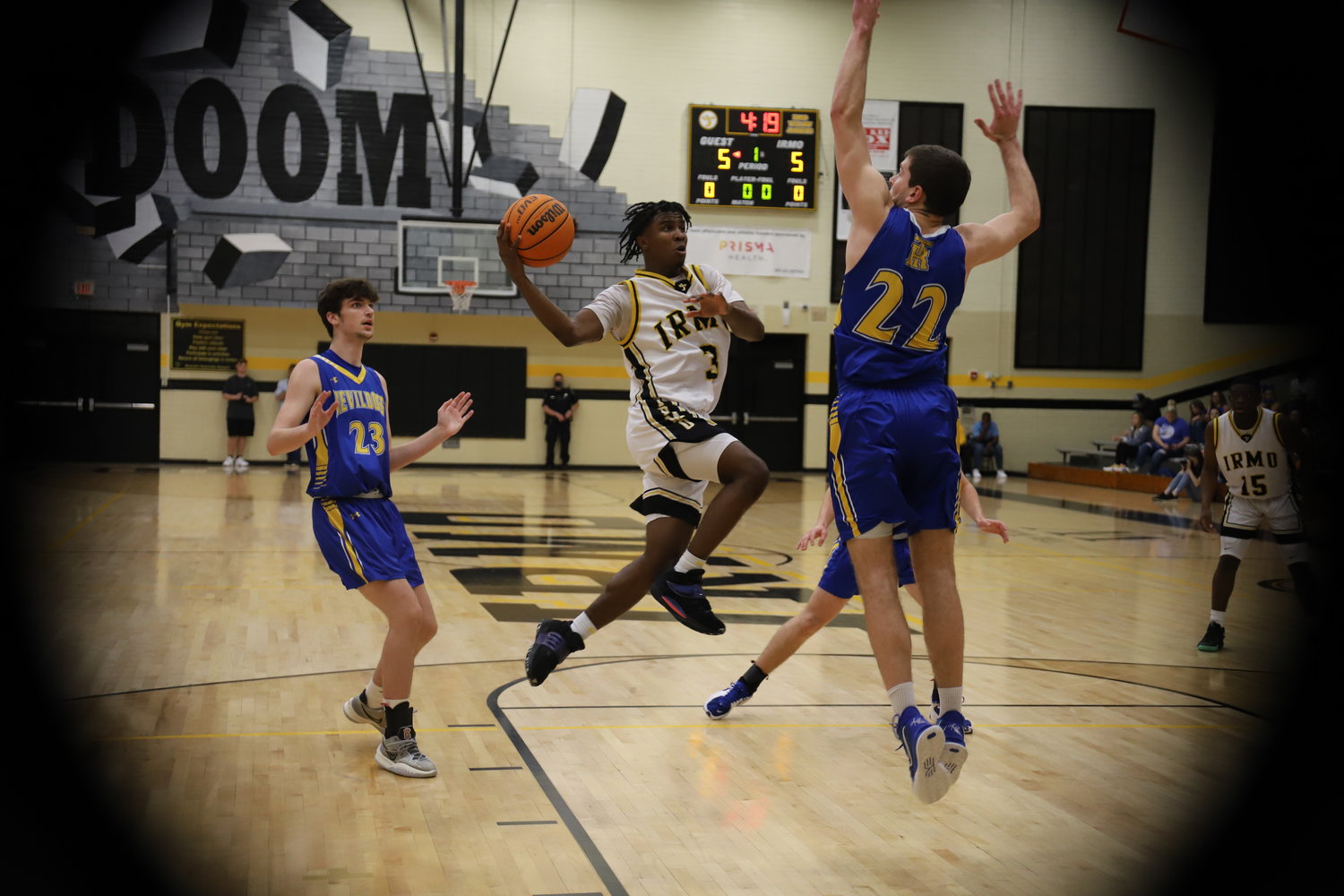 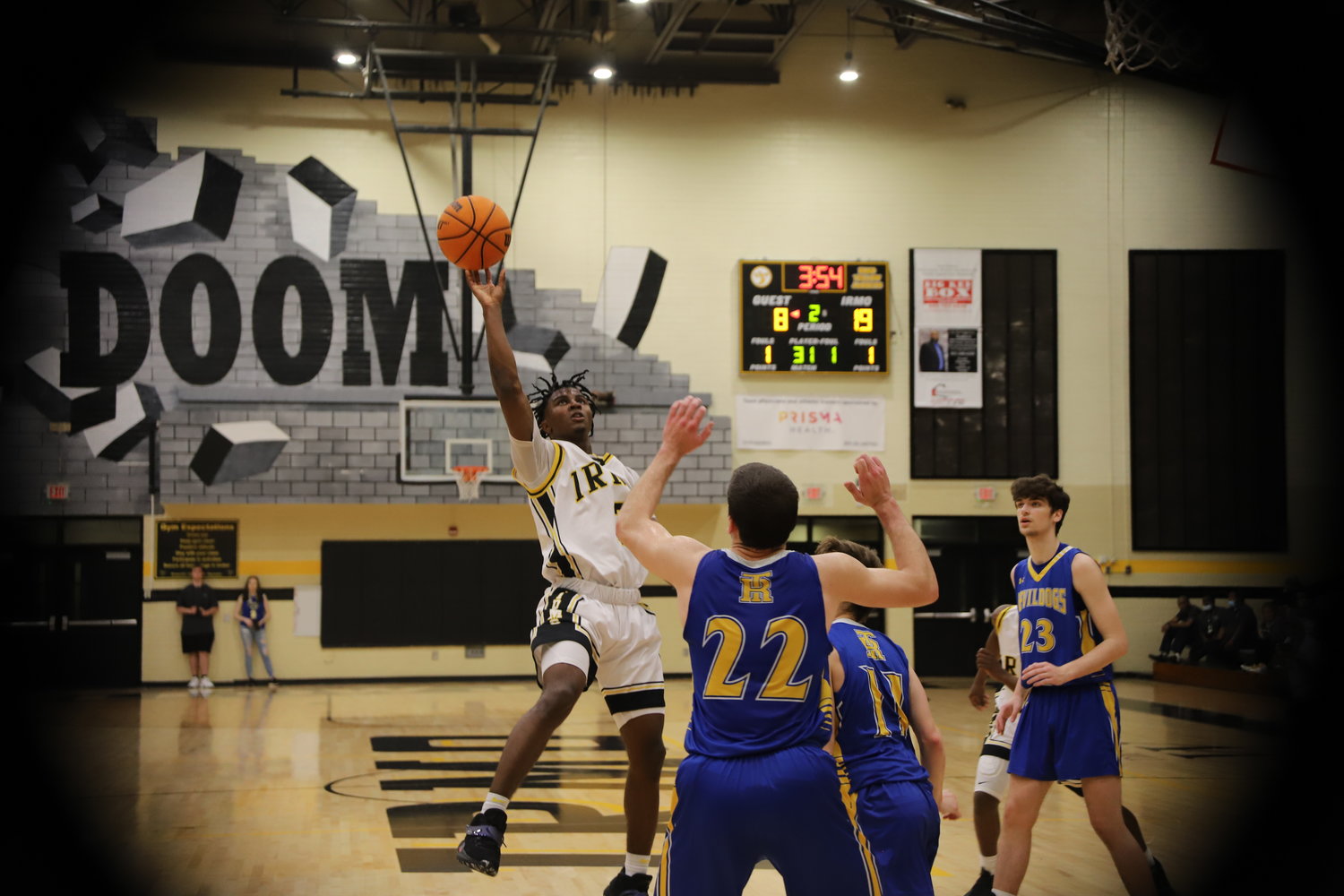 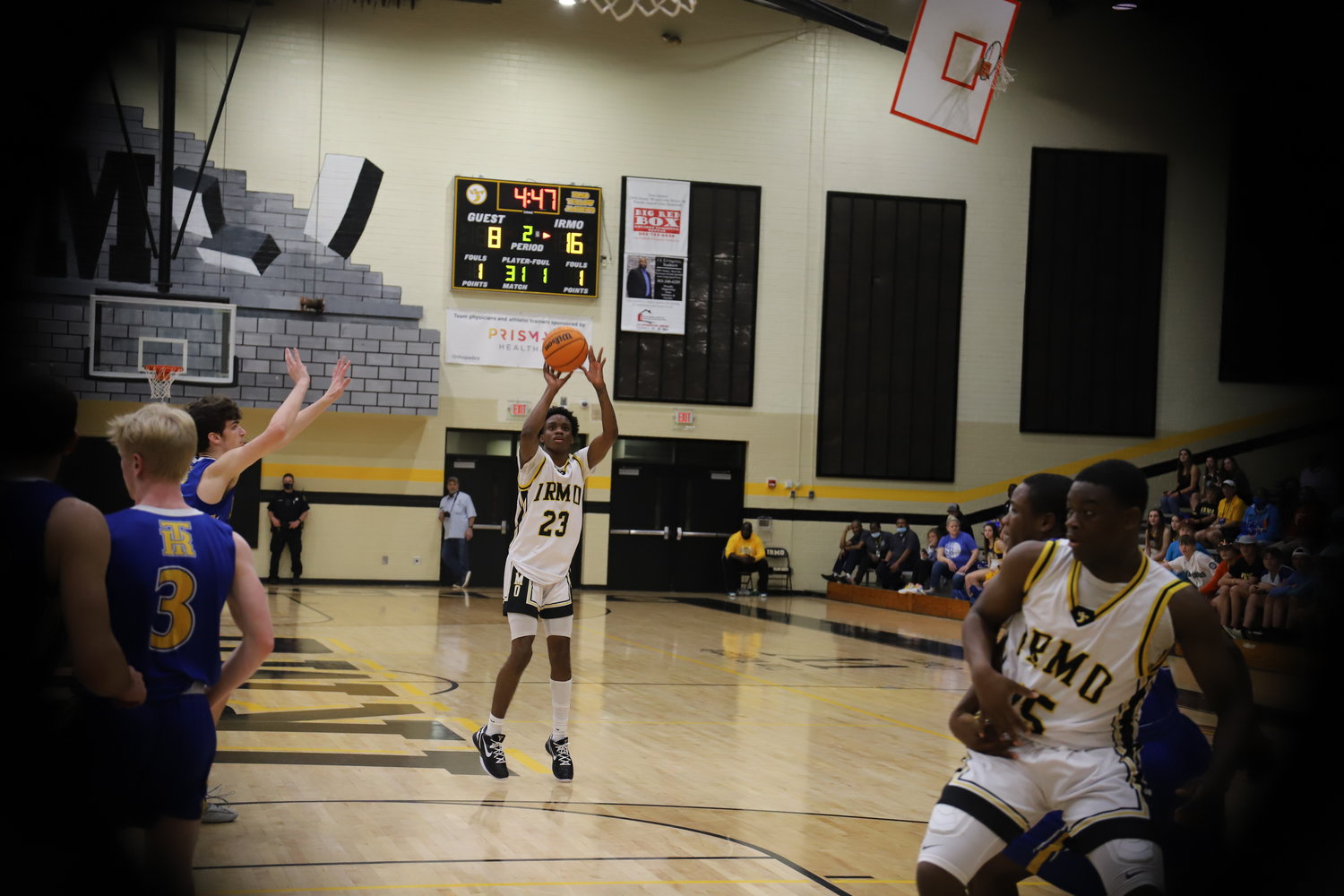 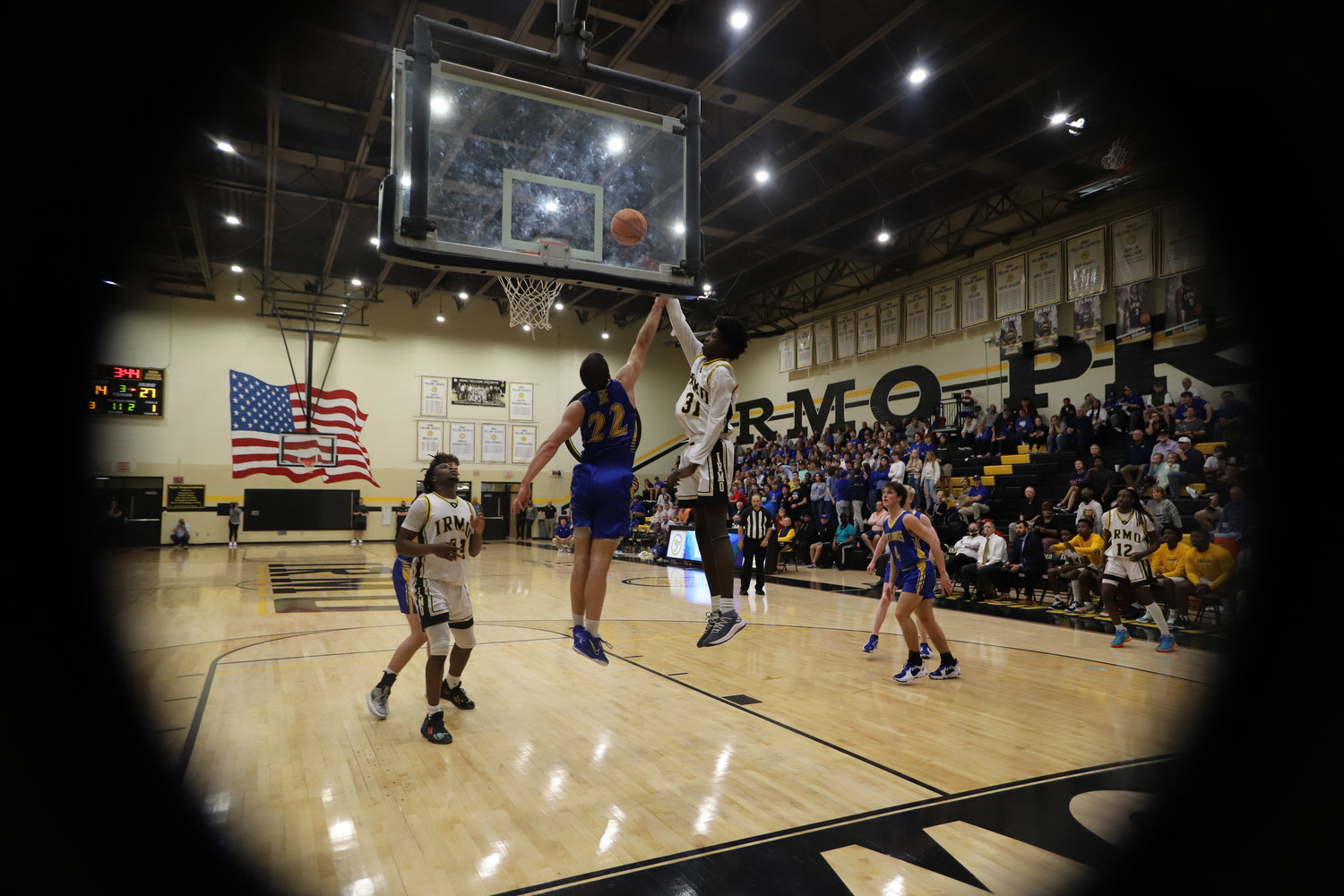 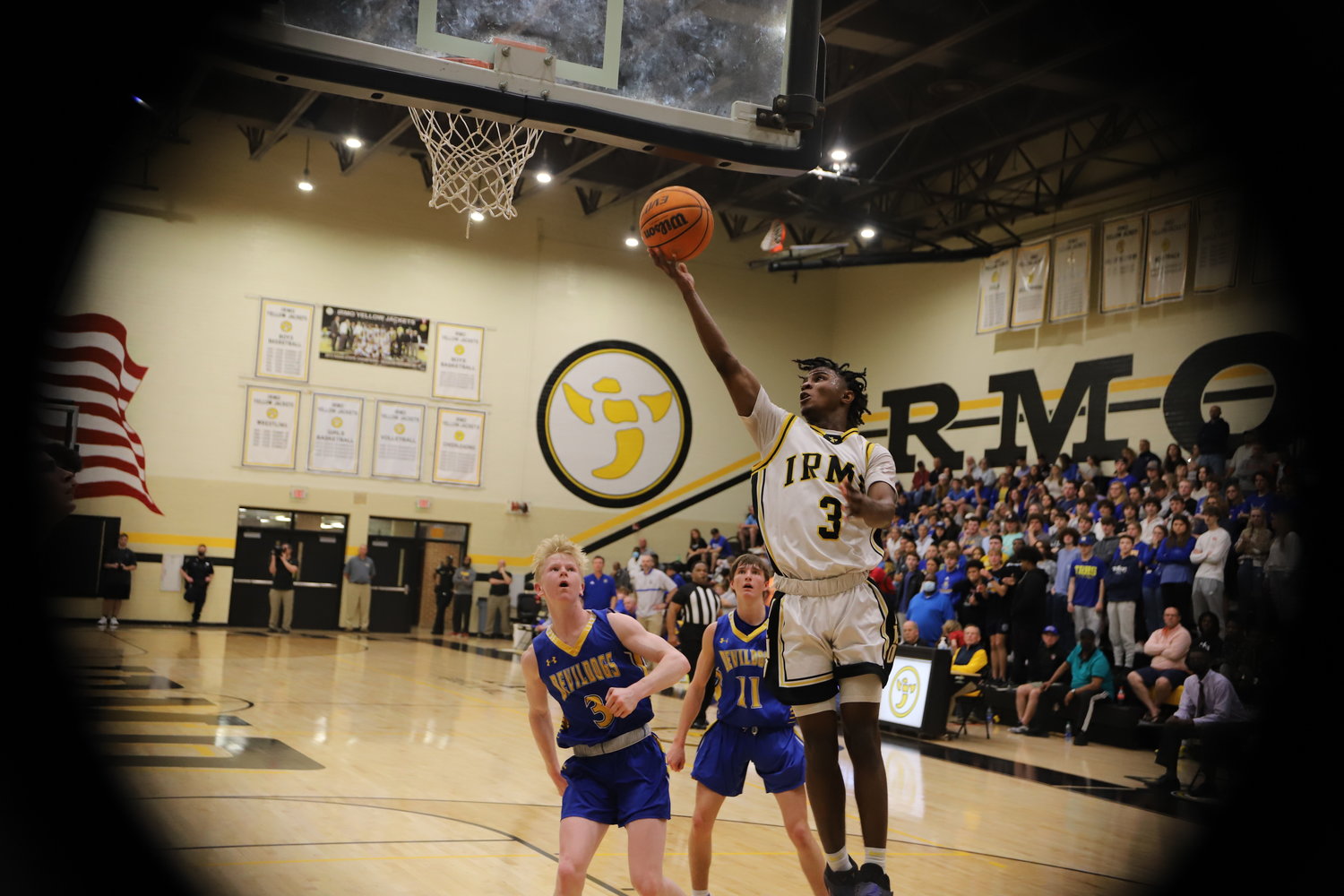 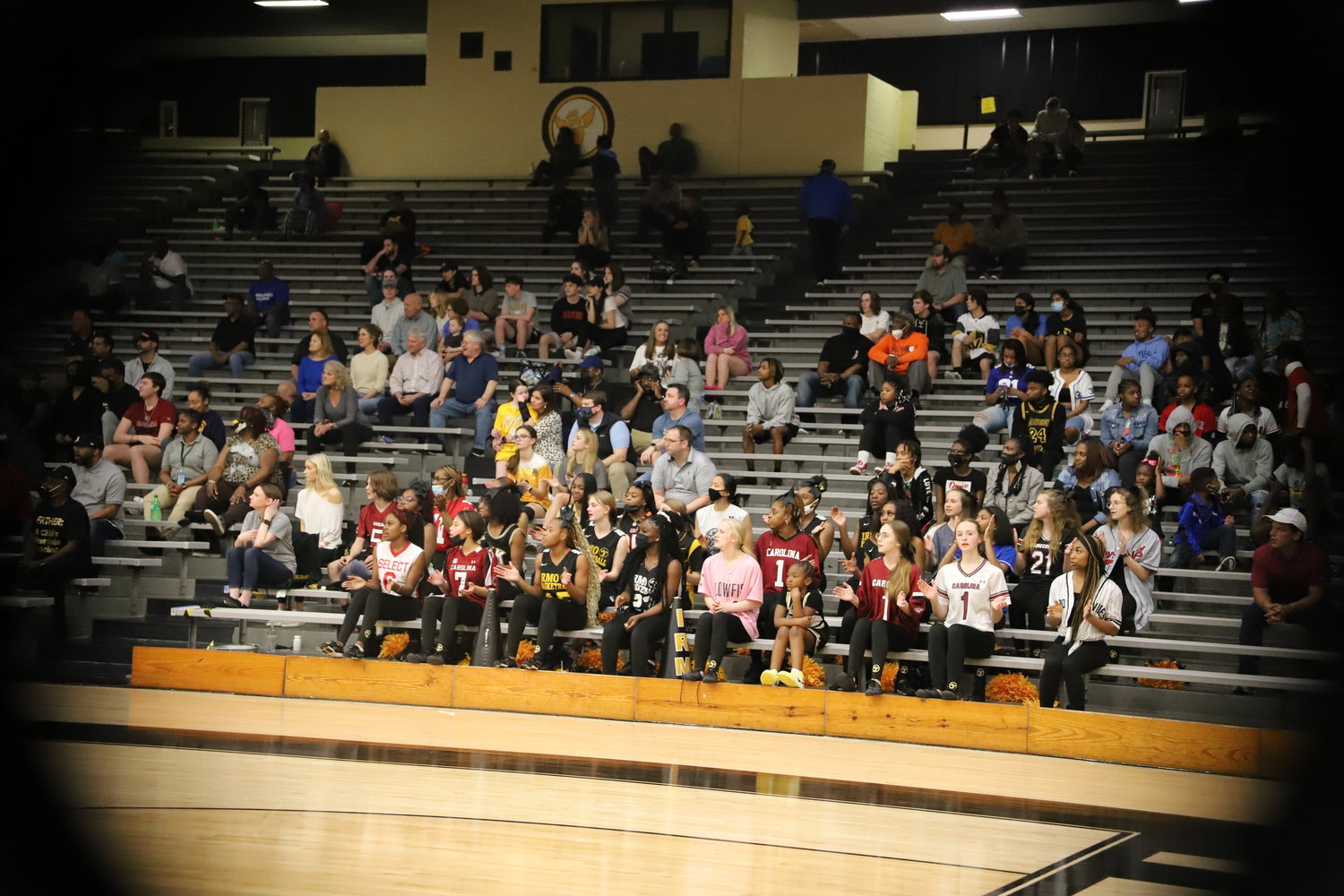 The increased confidence level Irmo boys' basketball coach Tim Whipple had in his team's depth was put to the test Thursday.
The unexplained absence of All-State forward Juice Kiett meant getting additional production from all available players in order to advance to the Class 4A Upper State finals.
It also meant getting another stellar defensive effort to slow down a Travelers Rest team which entered the third round contest on a 9-game winning streak.
Both the timely contributions on offense and defense helped Irmo get the 51-37 victory over the Devil Dogs. The Yellow Jackets' 11th straight win sets up a rubber match at 7:30 p.m. Tuesday with Region 4-4A rival A.C. Flora in the Upper State final at Bob Jones University in Greenville.
"I think there was a lot of heart was exhibited tonight and a lot of grit and, to me, that's what basketball's all about," said Whipple, who along with school officials declined to comment on Kiett's status. "I think when things are not easy, that's when you have to play your best because when they're easy, you do anything. So, I'm just extremely excited and pleased for these guys. They earned this tonight and they've earned the oppportunity to go to another Upper State championship and that would be a thrill."
Te'Andre Summons, who was inserted in place of senior Devin Binyard after his ankle injury, helped spark a 10-0 run with eight of his nine points to give Irmo a 19-8 advantage in the second quarter.
The Yellow Jackets increased their lead to 18 points in the third quarter before the Devil Dogs answered with 10 unanswered points to cut the lead to 34-26.
After a free throw from Irmo, a three-point play by Drew McKibbon brought Travelers Rest to within 35-29. Down the stretch, the Devil Dogs experienced foul trouble which put them in the penality and enabled Irmo to maintain its lead.
All-State guard Dylan Williams and Javian Green combined for 11-15 free throws in the fourth quarter to help put Irmo back up into double digits. Williams finished with a game-high 14 points and Green added 12 points.
A late layup by Hayden Moody, who had a team-high 12 points, kept Travelers Rest (19-7) a point shy of its lowest point total of the season. Irmo (25-4) now gets what Whipple called a "welcomed" five-day break before the third matchup against the last team to defeat it.
The Falcons edged defending state champion 49-47 on a buzzer-beating putback by Christopher Parker.
"We've been resilient all year and I think tonight was a perfect example of that," he said. "Obviously, Travelers Rest is a very good execution team and I think defensively, we just did a tremendous job and that held us in the game so that we could score just enough points offensively to get by. So I'm just extremely excited for the kids for their effort tonight. This was huge. A huge win."