Lexington Police Chief Terrence Green has been appointed to the Board of Commissioners for the Commission on Accreditation for Law Enforcement Agencies. 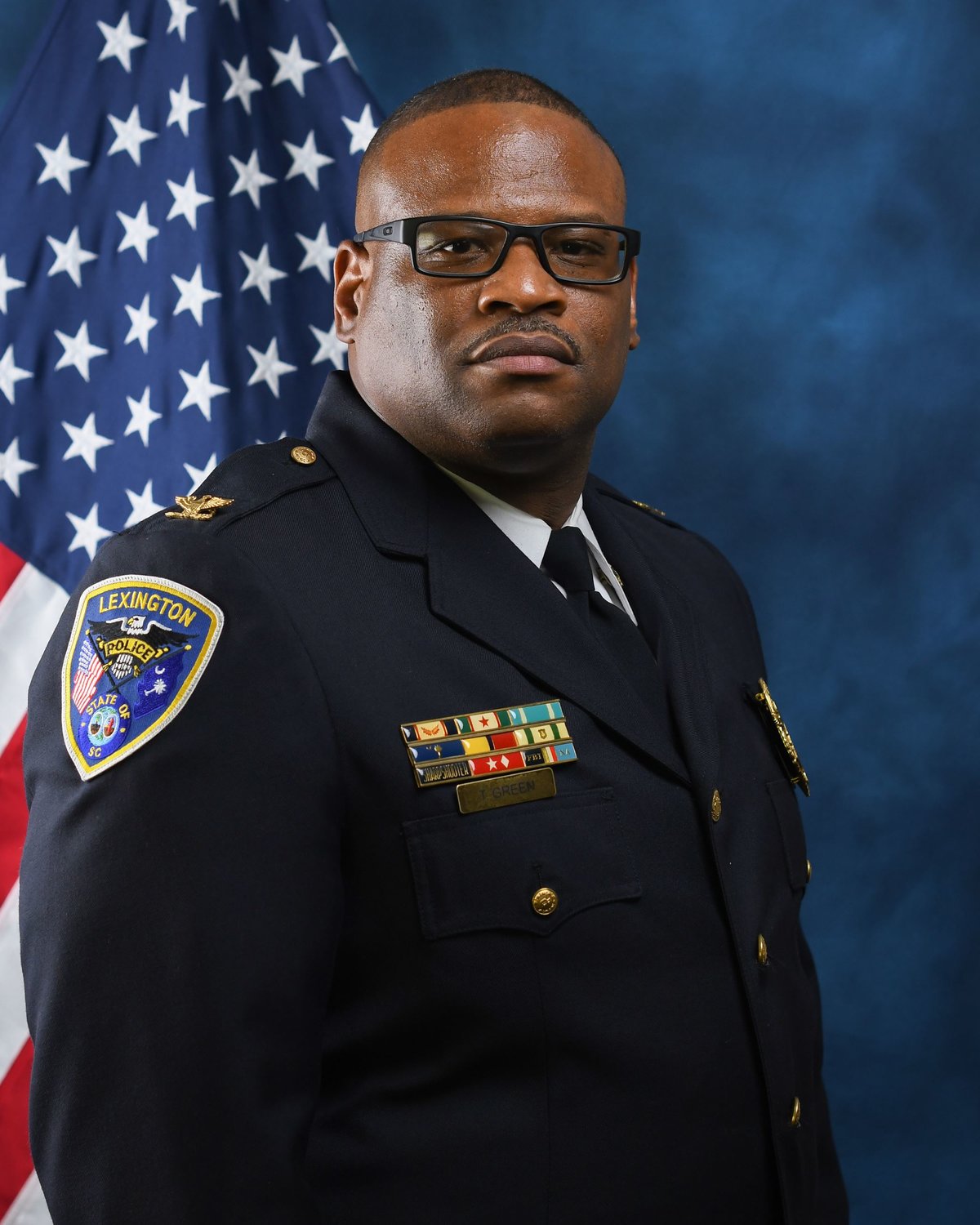 Lexington Police Chief Terrence Green has been appointed to the Board of Commissioners for the Commission on Accreditation for Law Enforcement Agencies.

Per a release, “the organization was created in 1979 as a credentialing authority through the joint efforts of law enforcement's major executive associations: International Association of Chiefs of Police; National Organization of Black Law Enforcement Executives; National Sheriffs' Association; and the Police Executive Research Forum.”

The board meets to review candidate agencies for accreditation and provide policy guidance, according to the Lexington Police.

“The knowledge and experience these new Commissioners bring to CALEA ensures the organization continues to meet its mission of promoting professionalism within the field of public safety,” the commission writes in its release. — Jordan Lawrence

For a second time, Chapin Middle School has been designated as a national School to Watch.

“Chapin Middle was first recognized for this honor in 2017,” a release states. “The program recognizes middle schools nationwide that continuously improve academic achievement, developmental responsiveness and organizational structure. Schools to Watch designations last for three years, and schools must re-apply to earn the recognition again.”

South Carolina has been a Schools to Watch state since 2006, one of 17 states involved with the school reform and recognition initiative, according to the release.

“The Schools to Watch Redesignation is a reflection of the strong community that exists both inside and outside of our building to challenge and grow our students,” Principal Stephanie Huckabee is quoted. “This is a valuable process that helps show us how to best use our resources to provide a developmentally responsive middle level experience for all of our students at Chapin Middle School. I'm so proud of our community, students and staff.” — Jordan Lawrence

The owner of what has become a staple restaurant in West Columbia was honored Nov. 21.

Kristian Niemi, who owns the “French-ish” eatery Black Rooster in the Brookland apartment complex as well as Bourbon along Columbia’s Main Street and the forthcoming Dragon Room across the river in the Vista, is one of five local restaurant fixtures inducted into the Columbia Restaurant Hall of Fame at the Greater Columbia Chapter of the South Carolina Restaurant and Lodging Association’s annual ceremony.

“This honor represents a significant accomplishment in South Carolina’s restaurant industry and is presented annually to the Columbia area restaurateurs that exemplify long-term success in this challenging business,” a release states.

"It’s always exciting to celebrate new restaurant concepts here in the Midlands, but it is a special honor to recognize the outstanding businesspeople and restaurateurs behind those longstanding favorites," Susan Cohen, president and CEO of the SCRLA, is quoted. "These restaurants are not just known for their food, but also the influence they have had on the Midlands' culinary scene over the years."

Black Rooster, which opened in 2019, spans French, Southern and Asian cuisine on its menu, while also putting a strong emphasis on its craft cocktail selection. — Jordan Lawrence

A store sandwiching together two bargain brands is coming to Leesville.

“A Family Dollar/Dollar Tree combo store — which combines the two iconic discount brands under one roof — is being prepped on Columbia Highway in Leesville, less than a half-mile from the Saluda traffic circle at Highways 378 and 391,” The State’s Chris Trainor reports.

According to the story, an opening has not yet been announced, but construction has been under way for some time.

“Signage recently went up at the site, and shelving had been erected inside the store as of Sunday afternoon.”

The store is part of a 2022 push announced by Dollar Tree after acquiring the Family Dollar brand in 2015, joining what was announced to be 400 new combination stores nationwide. — Jordan Lawrence

On Nov. 22, the Lexington Police Department and Serve & Connect held the fifth annual Bountiful Harvest at the Icehouse Amphitheater. The pre-Thanksgiving event provided 250 holiday-themed Greg’s Groceries food boxes filled with non-perishable food to feed families in need for a week, which were assembled in the morning before a sit-down meal and a community resource fair. The Lexington County Sheriff's Department and the Cayce and West Columbia Police Department had booths set up and were handing out badge stickers to the attending children.

"Partnerships and outreach to our community are part of our ongoing strategic plan and Bountiful Harvest continues to be an event where we see how our department, our community partners, and Serve & Connect can positively impact those in need on so many different levels," Lexington Police Chief Terrence Green is quoted in a release. — Kailee Kokes