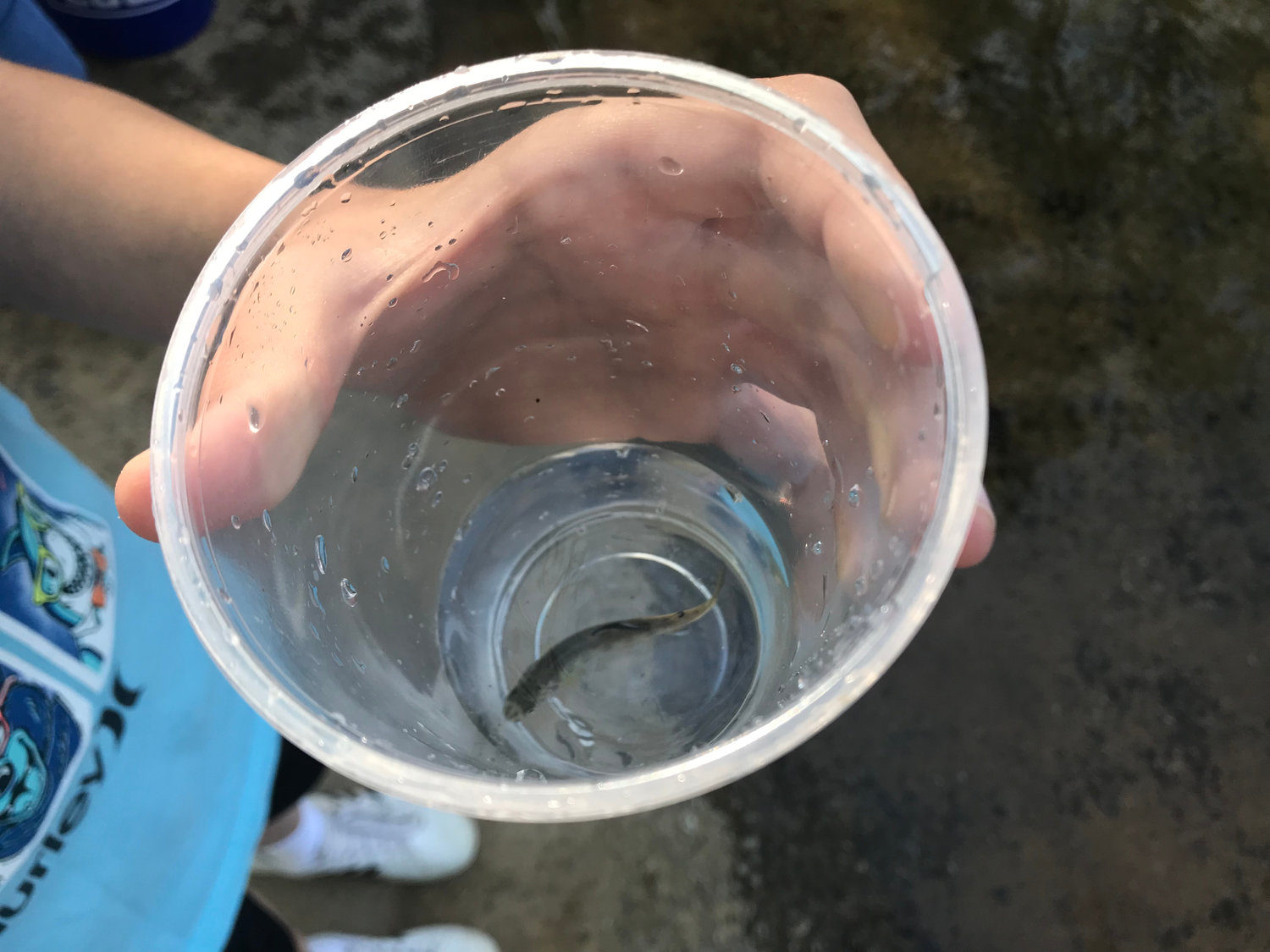 “They ... raised the tiniest of eggs in carefully monitored aquatic environments in their classrooms,” says a release from Lexington County School District 2. “Now, the roughly 1.5- to 2-inch fish were ready to try to make it on their own on this seven-mile stretch of the Saluda River, the only spot in the Midlands that has the ideal cold water temperatures and conditions that will allow the trout an opportunity to thrive.”

Riverbank is one of six Midlands schools that take part in the Trout in the Classroom program, a partnership between the state Department of Natural Resources and sponsor Trout Unlimited. Lexington Middle School, Pelion Middle School, Columbia’s Polo Road Elementary School and Irmo High School also participate in the program.

“Participating schools receive eggs in November or December, and students monitor aquatic conditions for the trout as they grow in the classroom tank, including testing water chemistry and helping to ensure that the water stays at 50 degrees,” the District 2 release explains. “Each school has a Trout Unlimited mentor who assists in managing the equipment, distributing trout eggs, and offering emergency support. The trout are then released in April and May.”

This group getting to release their trout was the fulfillment of a second chance.

“The fifth grade class that participated in today’s release were the students that comprised my Grade 3 OASIS class in the 2019-2020 school year, and they were unable to release the trout raised that school year due to the ensuing COVID shutdown,” their teacher, Kelli Hook, is quoted. She’s one of two teachers from Riverbanks who participates in the program, according to the district.

The Town of Springdale has set plans in motion to move into a bigger Town Hall, WestMetroNews reports.

“With the use of American Rescue Plan funds, Springdale will soon begin an effort to turn the former Jewelry Warehouse site, that is next to the current Springdale Town Hall, into the new Town of Springdale Municipal Complex,” the outlet writes.

The cost of buying the old Jewelry Warehouse, located next to the current Town Hall on Platt Springs Road, and renovating it is reported to be about $2 million, and construction should begin in July.

The plan is for the current Town Hall to become a community center when the new one is complete, WestMetroNews reports.

Columbia Airport Traffic Up Sharply From a Year Ago

“Passenger traffic has been consistently strong this first quarter of 2022 and we anticipate this steady increase month over month will continue as we head into the busy spring and summer months,” Executive Director Mike Gula is quoted in a news release. “We are seeing both personal and the long-awaited business travel return in great volumes — which is welcomed. We are not back to pre-pandemic numbers due to the air travel halt COVID-19 brought to airports around the world, but we have far surpassed early projections.”