It was No. 1 versus No. 2 Friday night in the Temple of Doom.Beyond bragging rights in Class 4A, first place in Region 4-4A was on the line as the top-ranked Irmo boys baketball … 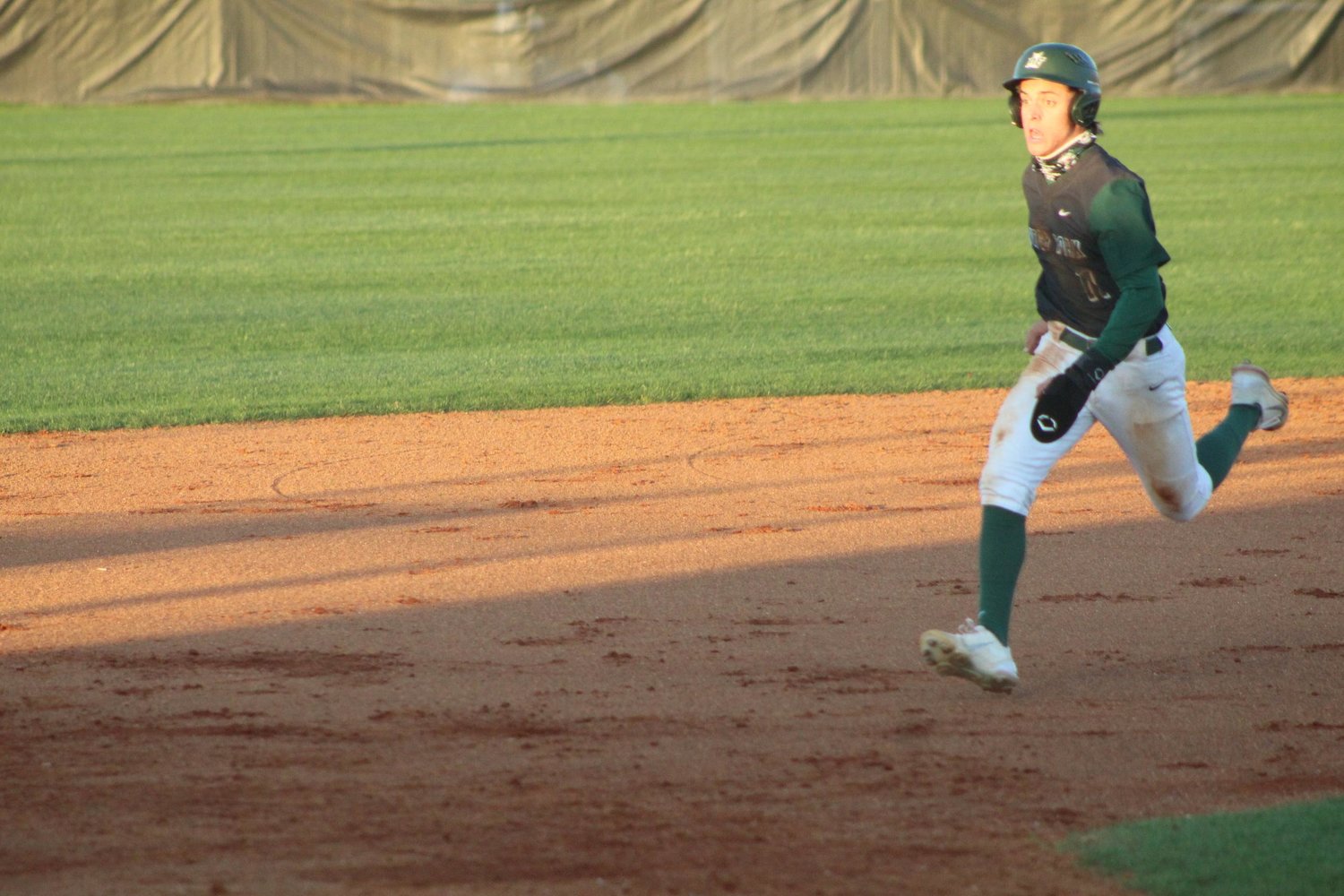 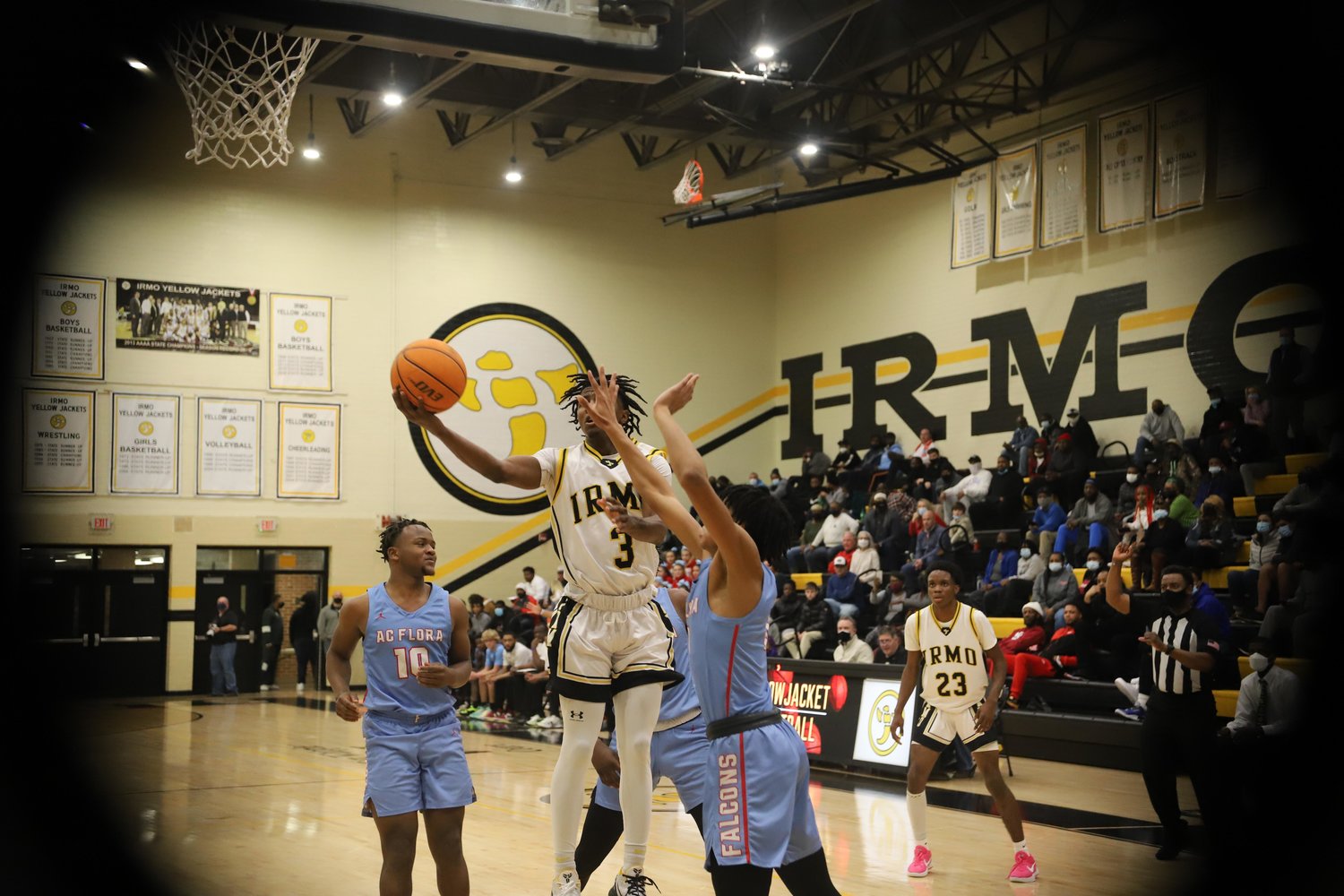 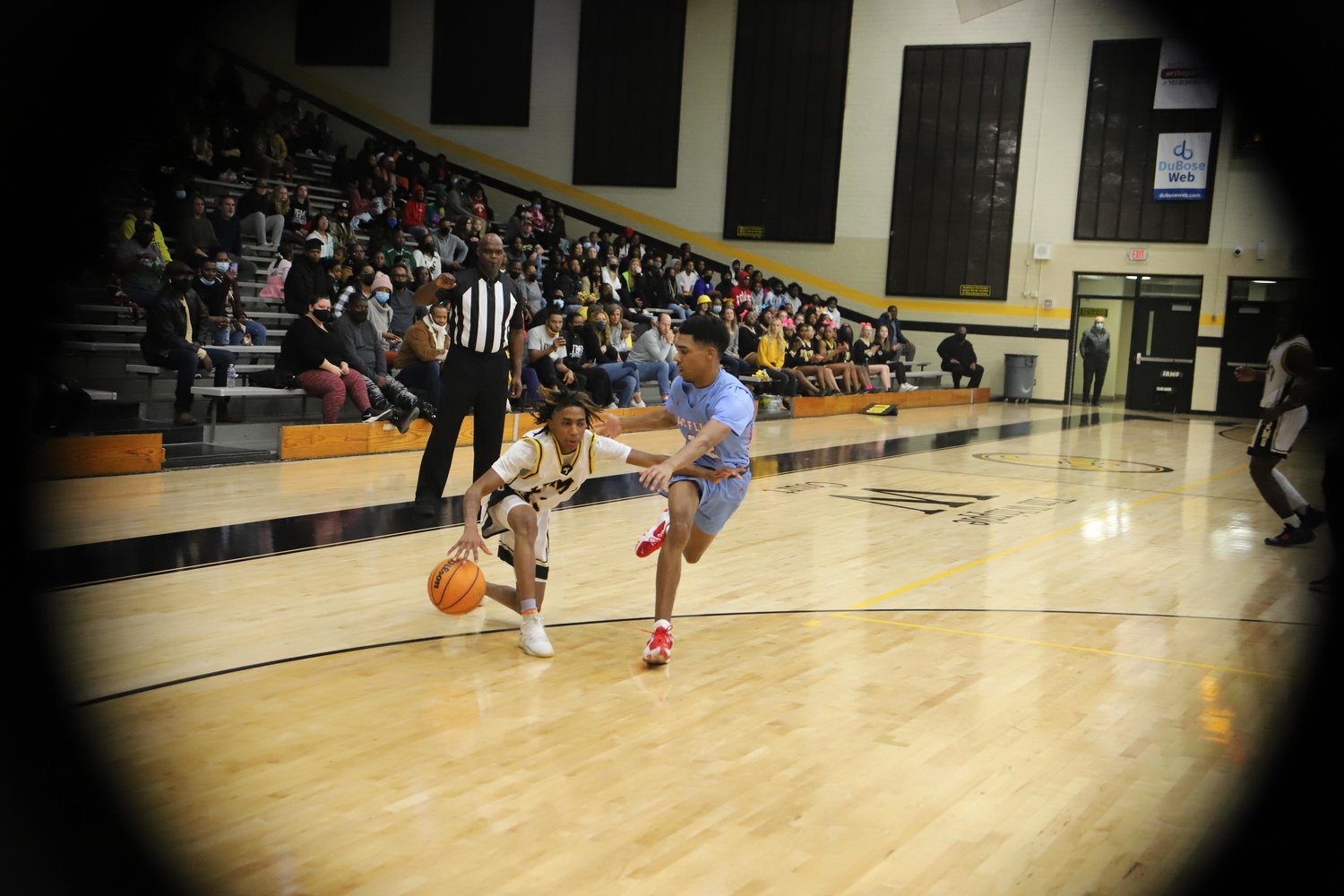 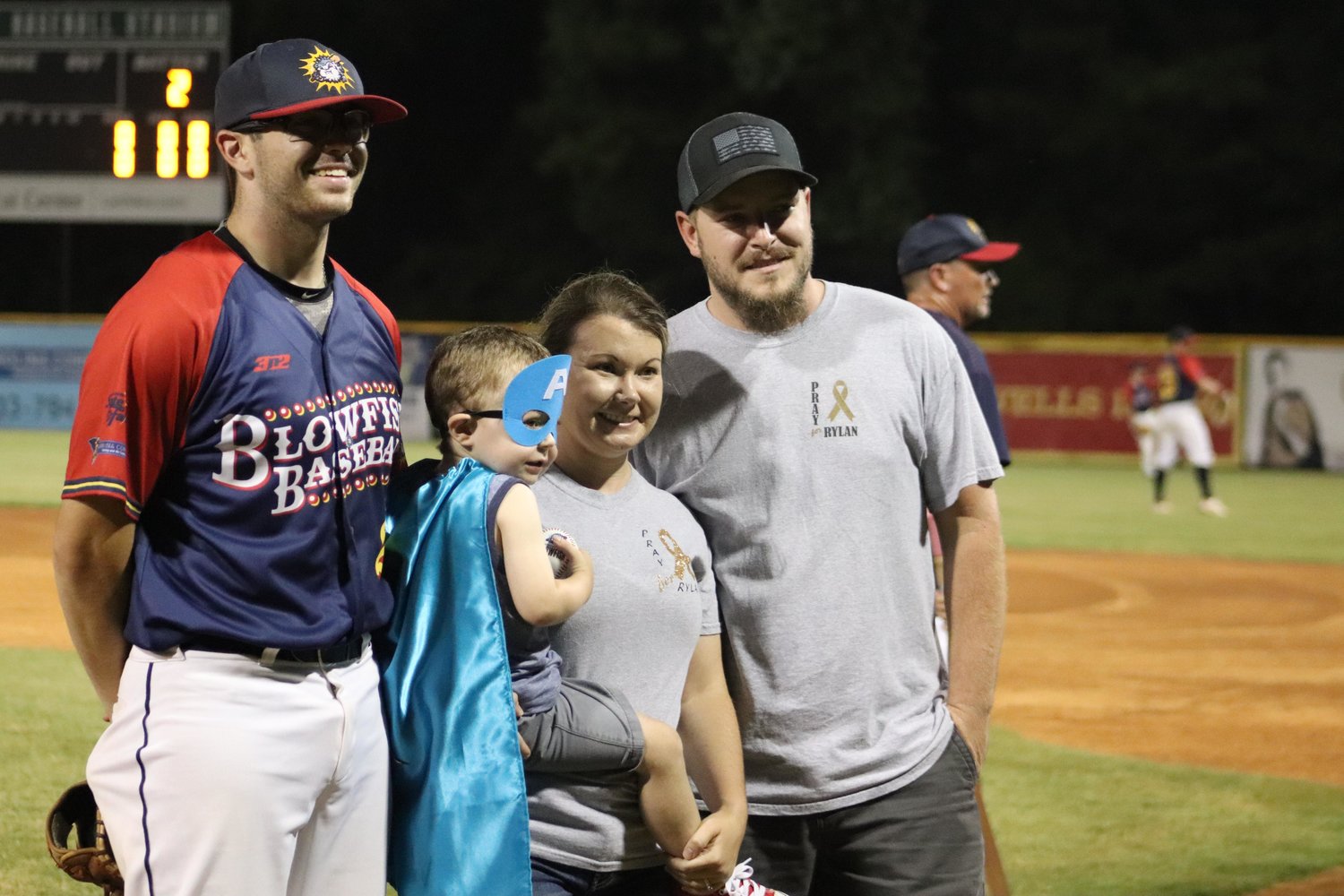 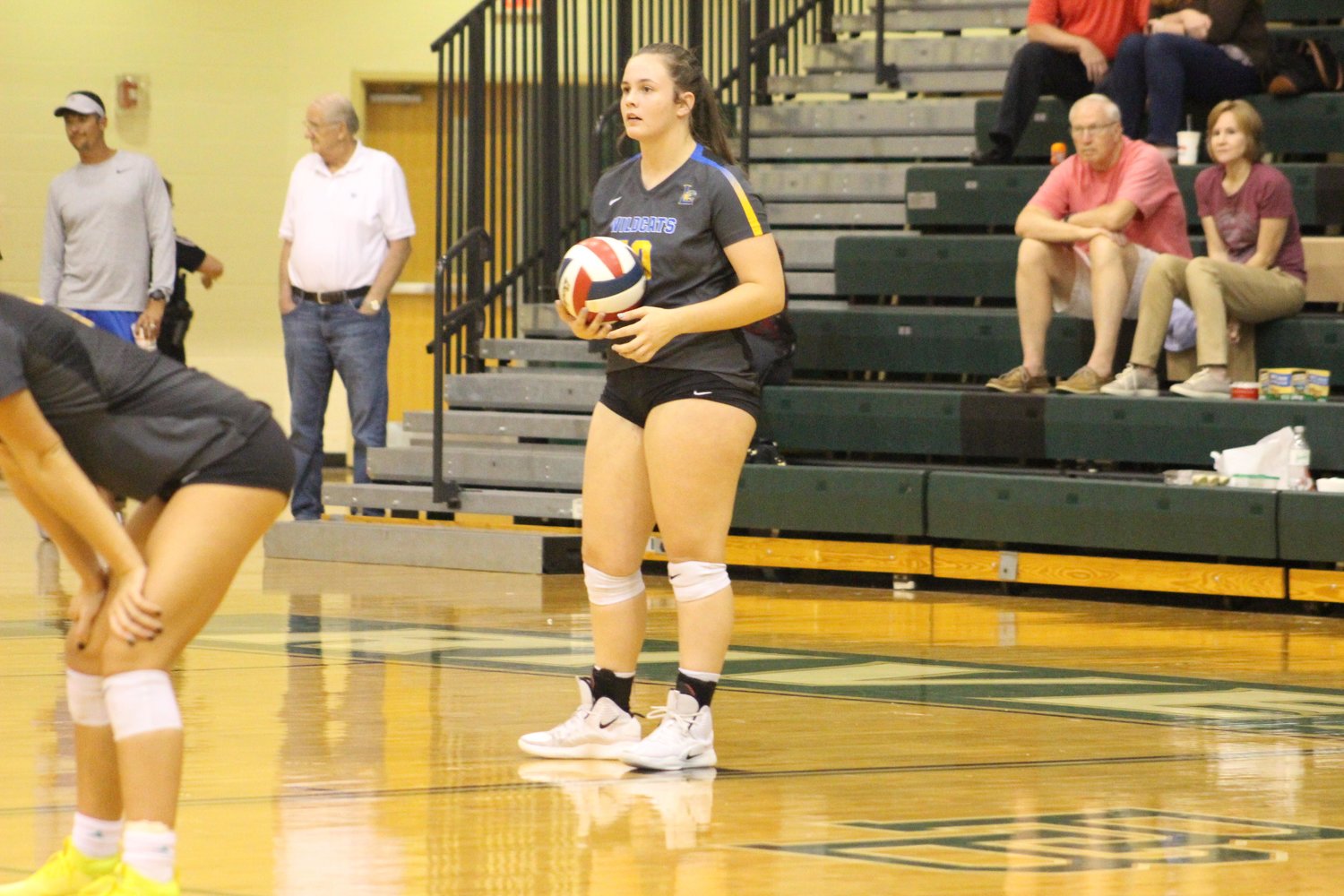 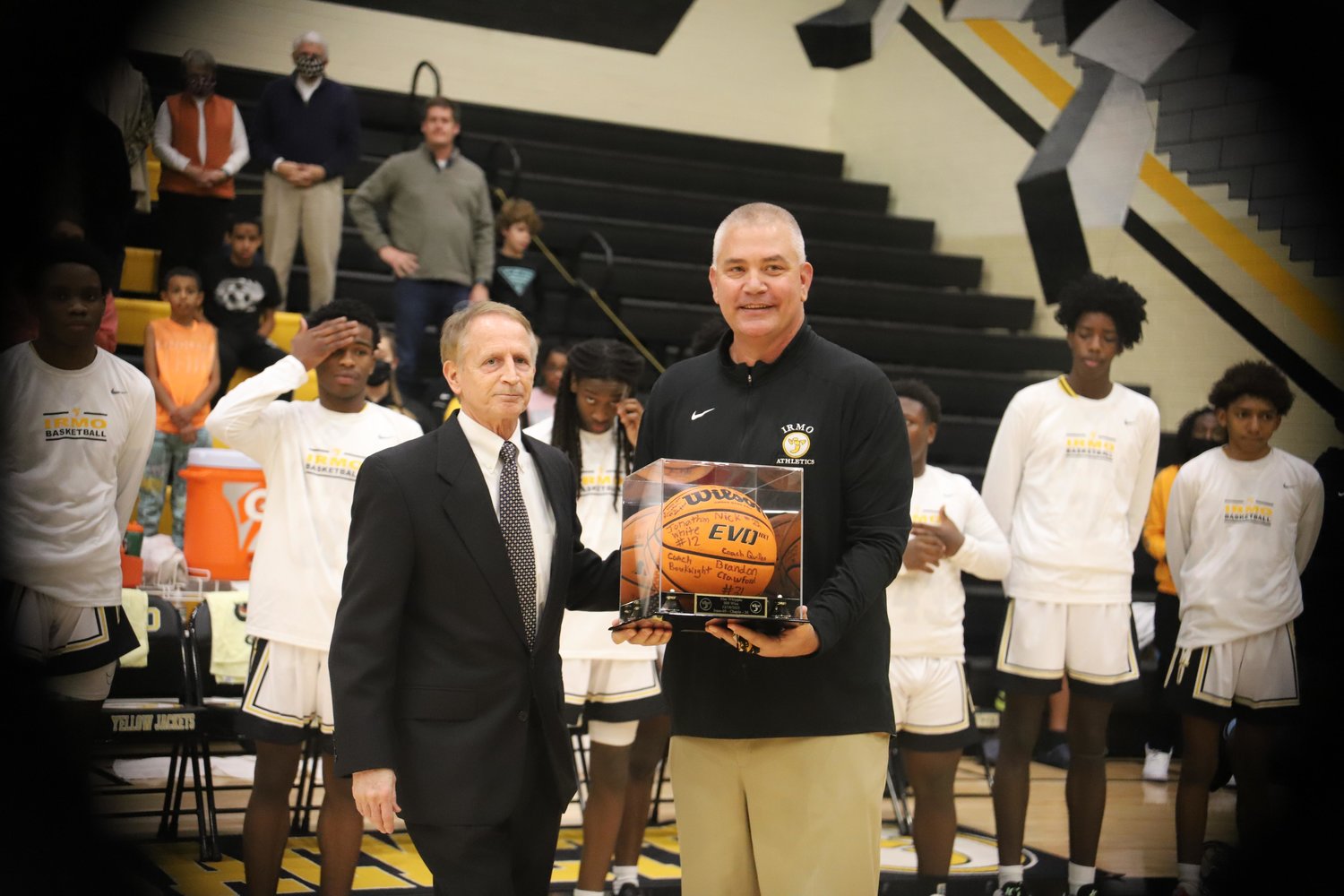 This is the first team we played that has had a really strong post presence and it showed tonight. It's our weakness."”
Irmo boys basketball coach Tim Whipple
Thomas Grant Jr.
thomas@lexingtonchronicle.com

It was No. 1 versus No. 2 Friday night in the Temple of Doom.

Beyond bragging rights in Class 4A, first place in Region 4-4A was on the line as the top-ranked Irmo boys baketball team hosted second-ranked A.C. Flora.

Boosted by the inside post play from center Collin Murray-Boyles, the Falcons defeated the Yellow Jackets 60-55 in the first of two meetings.

There was no answer, however, for Murray-Boyles, especially in the second half. He had 22 of his game-high 30 points in the second, putting A.C. Flora (16-2, 3-0) up by as many as 13 points, including 14 in the fourth quarter to hold off a late Irmo rally.

Christopher Parker had 18 points for A.C. Flora, which won on the road at Irmo last year.

"They killed us in the lane," said Irmo head coach Tim Whipple, who was presented with a commemorative autographed gameball from his 800th career victory prior to tipoff.  "We're not a very strong team. We're not big, especially without Devin [Binyard, out for the season with an ankle injury]. He was somebody who helped us in having an inside presence. So they really just killed us in the lane."

Whipple also believed his team was its own worst enemy with turnovers and didn't play smart at times. This was evident early as the Falcons capitalized off Irmo's struggles to take a 17-8 lead at the end of the first quarter.

"Their best offense was our offense tonight," Whipple said. "We just made too many mistakes to win a game like this."

Irmo opened the second quarter with a 14-2 run, with six straight points by Summers, to take a 22-19 lead. After two ties and two more lead changes (there were seven in the first half), A.C. Flora had a 26-24 halftime lead.

The second half saw Murray-Bowles further establish himself in the paint. He scored eigth points as part of a 13-2 run to extend the Falcons' lead to 39-26 in the 3rd quarter.

A 12-0 run brought Irmo to within a point before a dunk by Murray-Bowles put the Falcons up 41-38 going into the fourth quarter. He continued to dominate the paint in the fourth quarter to keep the Yellow Jackets at bay.

A driving layup by Williams brought Irmo to within 54-53 with 42.8 seconds left. Down the stretch, Murray-Bowles and Cooper Wiley combined to make six straight free throws to close out the road win.

"If we play smarter offensively and continue to battle and fight defensively, then we're able to compete against pretty much anybody," Whipple said. "But when we don't, we're going to struggle just like tonight offensively. And then, of course, they just killed us in the lane. This is the first team we played that has had a really strong post presence and it showed tonight. It's our weakness."

Both teams will play Monday in the Crescent Construction MLK Bash at Brookland-Cayce High School. The Falcons will face Ridge View at 3 p.m., followed by the Yellow Jackets going against York Prep at 4:30 p.m.

Christian Ferguson had 17 points and Jahmari Kennerly finished with 13 as the third-ranked Bearcats (12-3, 1-0) opened Region 5-3A play with a victory over the Rebels.

Up next is an out-of-state matchup Monday with Johnson High School out of Savannah, Ga. It's part of the MLK Classic in Cross Creek, Ga.

Cam Scott scored 28 points and Jose Figueroa added 11 to lead the Wildcats to a region-opening win.

Dutch Fork (7-9, 1-0) returns to action Tuesday at home against River Bluff. It's a rematch of last year's Class 5A Lower State final won by the eventual state champion Gators.

Jenna Yanity scored 19 points and Lindsay Garner had 12 to lead the fourth-ranked Lady Wildcats to their first Region 5-5A win.

Alexis Sexton finished with nine points for Lexington (12-3, 1-0), who next face Dutch Fork on the road Jan. 21. The contest is part of the WACH 57 Friday Night Hoops doubleheader with the boys' contest.

Antoinet Cheeseboro and Kori Peterman each had 15 points, Aaliyah Lee had 11 and Hillary Offing finished with 10 to lead the sixth-ranked Lady Silver Foxes.