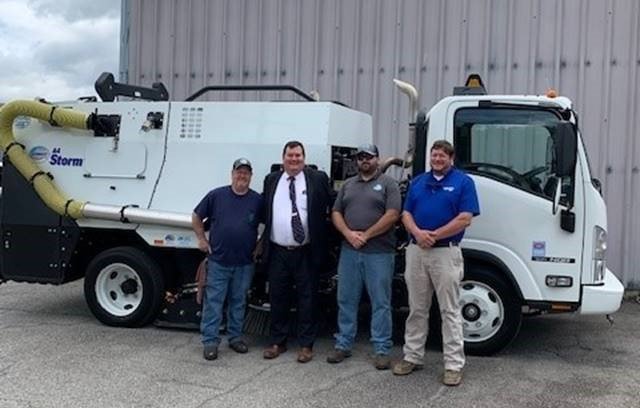 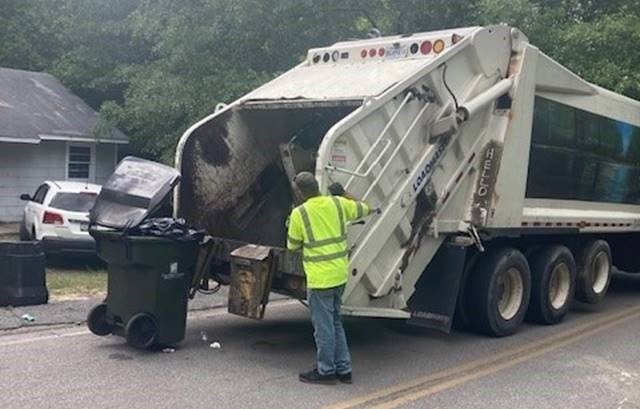 A Lexington County city is having problems taking out the trash.

West Columbia is trying to fix recent delays and issues with its waste collection service.

Household waste collections have been impacted, but the delays have been especially acute when it comes to yard debris.

“Yard Waste pick up has been delayed off and on since leaf season in the Fall of 2021,” Anna Huffman, the city’s communications and technology director, told the Chronicle. “Delays are anywhere from a few days to a few weeks depending on equipment availability.”

According to a news release from the city, leaders hope the arrival of new equipment will alleviate waste service problems. Between June 2021 and March 2022, City Council approved the purchase of two additional garbage packer trucks, a one-arm bandit garbage truck, a leaf truck and a street sweeper.

“The street sweeper arrived on Thursday, May 12, 2022,” the release states. “The two new packers will arrive at the end of June 2022, the leaf truck in August/September 2022, and the one-armed bandit truck in January 2023. With the additional equipment arrival, residents should expect a more routine pick-up. The city will also begin notifications on the WeCo Info App for yard trash delays, in addition to the current notifications for household garbage and recycling schedule changes.”

Huffman said the app alerts for yard waste pickup will start immediately. The WeCo Info App is available for free download through both the Apple App Store and Google Play.

The city issued a notice through the app Monday that "yard trash pick-up is currently delayed" and that the city is "working as quickly as possible to get caught up."

“I would like to thank City Administration and Council for approving the purchase[s] in a time of need,” Assistant City Administrator of Public Operations Jamie is quoted in the release. “This equipment will help the efficiency of the department as we continue to battle issues with the supply chain.”

“We are having a hard time picking it up and for that, I want to apologize for the service,” he posted on May 10. “Usually, we have outstanding sanitation service but we have been struggling for a while now. We have several packer trucks down and with supply chain issues we have not been able to get in the parts to fix them. We also have our boom and knuckle truck down as well. Remember, we also had a massive storm in the city which took down trees and made even more work for our sanitation workers. This puts everything behind.”

The release credits the city’s public works department with “work[ing] tirelessly to overcome obstacles incurred by the pandemic including parts and equipment shipping delays.”

“It will still take time to get these trucks in,” he said. “We are putting all our efforts into first picking up trash, then recycling, and finally yard trash. We are borrowing trucks when we can. We run a pretty lean city and we don't have extra spare vehicles sitting around.”

According to Huffman, council approved the purchase of one of the sanitation packer trucks in June 2021 as part of the budget for the current fiscal year.

“We appreciate everyone’s patience as we work through the equipment problems that have prevented us from providing the speedy excellent service that our citizens are used to,” Mayor Tem Miles is quoted in the release. “I am thankful that we received the first piece of equipment from our emergency appropriations. We are hopeful to have the remaining new equipment soon and to get it deployed on the streets so we can get caught up with your sanitation needs.”