Lawmaker: Why does Dominion oppose experts

But that effort to limit comments didn’t go over well with Rep. Micah Caskey of West …

Lawmaker: Why does Dominion oppose experts 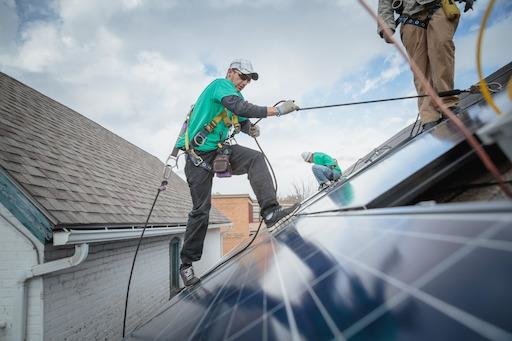 Dominion Energy wants to stop solar power experts from testifying at a state regulatory hearing.
But that effort to limit comments didn’t go over well with Rep. Micah Caskey of West Columbia.
“I don’t understand the harm that would be done by having more information and perspective shared with the commissioners,’’ he said.
Caskey has been a critic of SCE&G, the utility Dominion bought after a failed nuclear reactor project cost ratepayers $2.2 billion.
In a letter to the Public Service Commission, Dominion said 23 people who signed up to speak at a March 23 hearing should be disqualified because they aren’t its customers.
Some of those Dominion would silence appear to be affiliated with solar energy companies, utility attorney Matthew Gissendanner said.
He said the solar hearing later this month is for Dominion customers only.
Gissendanner’s letter said solar energy company Sunrun may have 4 experts ready to testify who aren’t Dominion customers.
The PSC will hold a hearing March 22 to consider if anyone should be barred from speaking March 23.
If the PSC bars the 23 from speaking, 59 other people will be allowed.
You can still sign up before March 23, The State newspaper reported.
“It is important that this public hearing serves the purpose intended, and that is to give our customers an opportunity to be heard,’’ Dominion spokeswoman Rhonda O’Banion said.
“Others with an interest in this matter had the opportunity to intervene during the regulatory process.’’
The hearing is about Dominion’s request to charge solar owners more money.
Solar customers paid for expensive panels to lower their power bills but Dominion claims other customers are subsidizing them.
Solar companies argue:
• This is a smokescreen against solar as a threat.
• Added costs will negate solar customer’ savings.
SC Small Business Chamber CEO Frank Knapp revealed in the Chronicle earlier that Dominion plans to pocket the extra charge without crediting customers it claims subsidize solar.
Sen. Nikki Setzler, D-West Columbia, said he had not heard about this until informed by The State.
“People would interpret a public hearing as a hearing where any member of the public can come,’’ he said.
Sunrun’s Tyson Grinstead called Dominion’s effort to silence solar unfortunate.
He said he saw no harm in providing information that could help the PSC make a decision.
Solar businesses know in detail the flaws in Dominion’s plan, he said.
If you want to speak at the hearing, email communications@PSC.SC.gov or call 803-896-5133.

With questions or comments, email JerryBellune@yahoo.com

Not yet a Chronicle subscriber?