Michael Amiridis knows the University of South Carolina has a big impact on Lexington County. 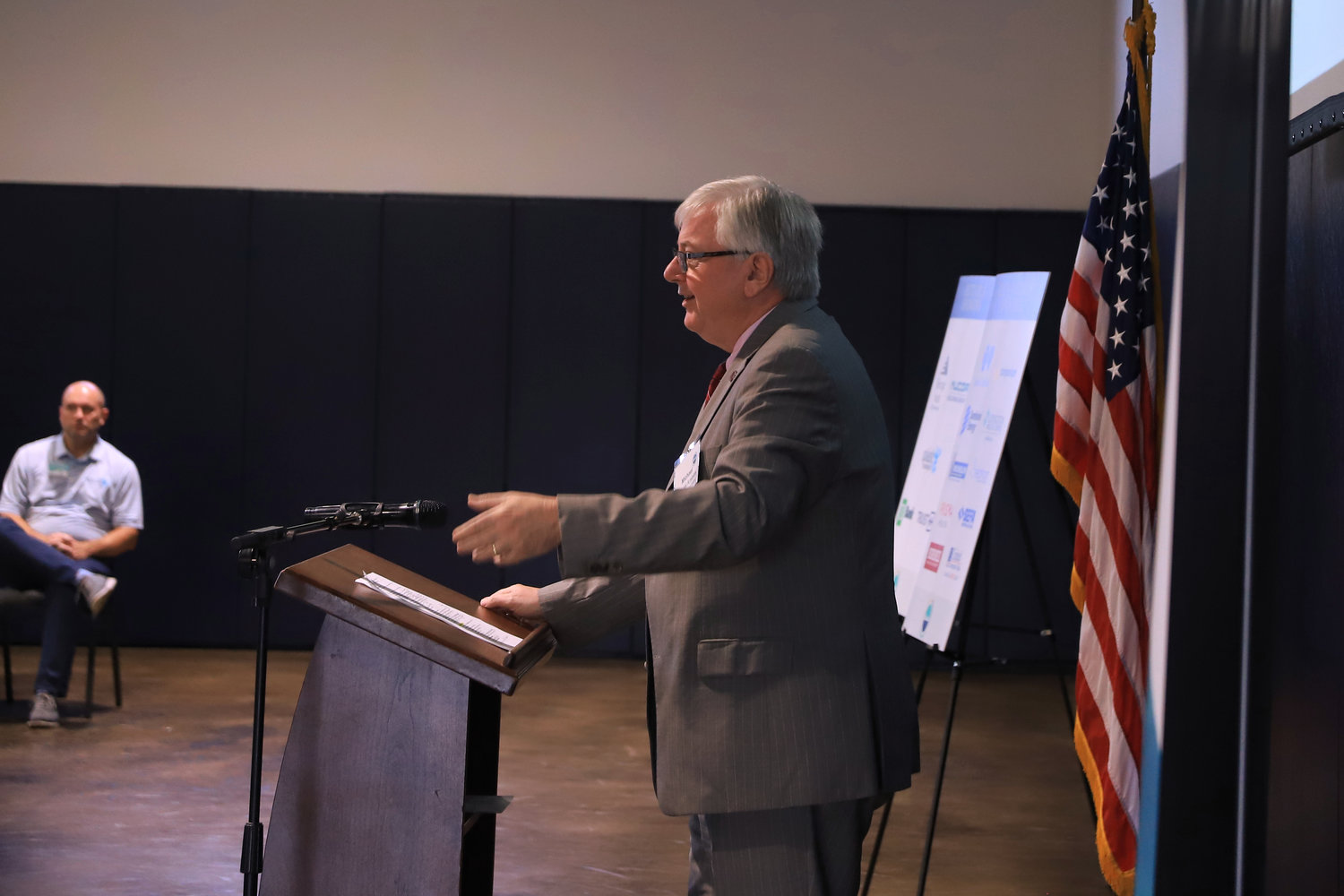 Michael Amiridis knows the University of South Carolina has a big impact on Lexington County.

“There are approximately 26,000 USC alumni living in Lexington County,” the university’s newly minted president told a packed house at the Lexington Chamber’s Business Over Breakfast meeting for August. “We have close to 4,000 current students from Lexington County, we have almost 2,000 employees who live in the county and of course we have a lot of partners that we work with.”

USC’s impact on Lexington County could be a reason why Amiridis drew a large crowd, with the chamber packing in extra tables into the meeting room at Radius Church.

The eventful road to USC hiring its new president may be another reason why Lexington’s curiosity was high.

When longtime president Harris Pastides announced he planned to retire in 2018, the university began a search that was criticized for the intervention of Gov. Henry McMaster (which was deemed an undue influence by the group that awards the university its accreditation). That search ended with the hiring of Bob Caslen, a former superintendent of West Point who was criticized by some for his lack of an earned doctorate degree.

Caslen resigned in 2021, less than two years after taking the post, having been caught plagiarizing part of a commencement speech. Pastides returned to offer stabilizing leadership for the 2021-22 school year. Amiridis was announced as the university’s next leader in January.

He’s been on the job now for five weeks, he told the crowd.

One of the Lexington County partners the new president mentioned introduced him on Aug. 9. Lexington Medical Center President and CEO Tod Augsburger highlighted the career path that brings Amiridis back to University of South Carolina — having previously served as chancellor of the University of Illinois Chicago after a stint as provost of USC. Augsburger also trumpeted the big partnership announced after Amiridis landed back in Columbia — a $20 million state-of-the-art nursing simulation center for the university to be built by Lexington Medical Center across from its West Columbia campus.

“He's an amazingly intelligent, personable collaborator,” Augsburger said of Amiridis. “And I have firsthand experience with that, as you know, we just collaborated on a large project to help double the size of the University of South Carolina nursing school over the next few years.”

The nursing school expansion is slated to be done in 2024.

Amiridis spoke with similar enthusiasm about the nursing school partnership and another, announced at the same time, that will bring USC medical residencies to the Lexington County hospital. He said the two medical initiatives may well end up as the most impactful partnerships announced during his tenure as president, but he also issued a reminder.

“I had nothing to do with it,” he said, garnering laughs from the crowd as he gave credit to Augsburger and the administration at USC before he got there for making the project happen.

Speaking about his goals for the university, Amiridis brought up the possibilities presented by the university medical school’s upcoming relocation from the Dorn VA Medical Center campus and into downtown Columbia’s BullStreet District, the need to find ways to engage students about what they want to see in the university (such as an upcoming meeting with 500 students at the Columbia Metropolitan Convention Center and asking them to “reimagine Carolina”) and the importance of partnering with businesses and bringing more businesses to South Carolina (he spoke of partnerships with companies bringing problems to the university and students helping to solve them).

That latter point, Amiridis said, is particularly important to the Midlands.

“We're trying to attract business to South Carolina,” he offered, “and especially in Lexington County, Richland County, where we need it even more than some other areas of the state.”

The new president touched on sports near the end of his remarks, expressing relief that USC finds itself in the Southeastern Conference amid all the recent movement with conference realignment.

“I'm thrilled that I don't have to worry about this because the SEC feels extremely comfortable where we are,” he said. “If I was a  president in one of the other ... Power Five conferences, I would be worried.”