Mr. Johnny Gardner has passed away.

Gardner was visible for most of the last 30 years as a pro-life advocate. He could be seen in the high-traffic island between Airport Boulevard and Charleston … 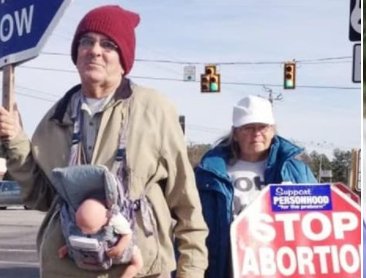 Mr. Johnny Gardner has passed away.

Gardner was visible for most of the last 30 years as a pro-life advocate. He could be seen in the high-traffic island between Airport Boulevard and Charleston Highway in Cayce holding a baby doll with a “Stop Abortion Now” sign. His wife Kathy would sometimes accompany him. He would protest abortion on the Gervais Street sidewalk beside the South Carolina Statehouse, too.

“He was a great man,” said Mike Hughes. “We knew each other over 20 years I kept his cars running at my business (Performance Imports.)

“He was a dear friend and I respected him. I hate to see him go,” said Hughes. “He endured profanity and abuse, but it did not stop him. He was not motivated by money, but he was dedicated.”