The City of Cayce is hoping to catalog some of its history — and make representation of that history more inclusive — with a new project. 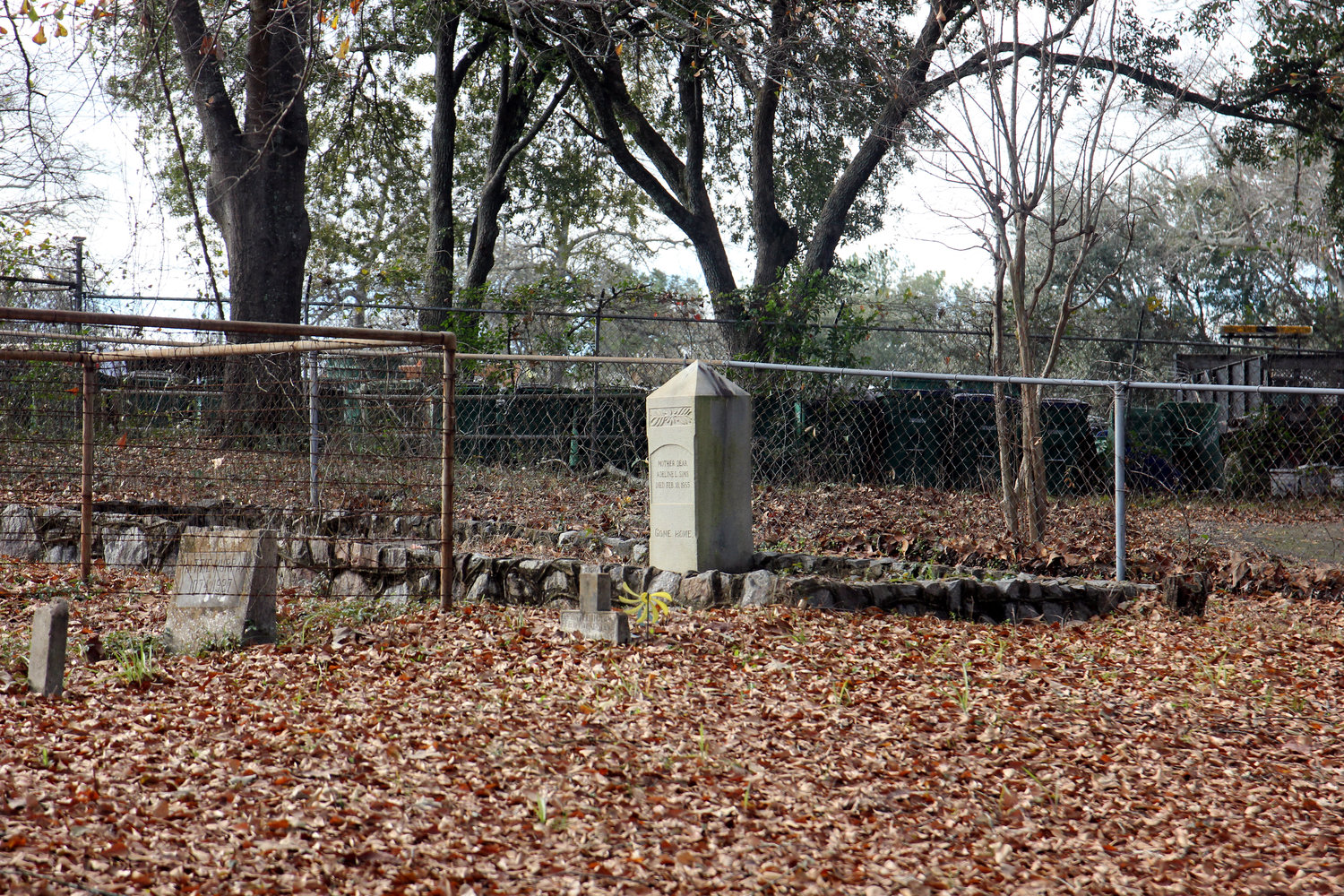 The cemetery for the since-closed Saint Ann’s Episcopal Church is located next to what is today the Cayce Historical Museum.
Jordan Lawrence | Chronicle
Posted Wednesday, January 18, 2023 12:22 pm
By Jordan Lawrence
jordan@lexingtonchronicle.com

The City of Cayce is hoping to catalog some of its history — and make representation of that history more inclusive — with a new project.

Through a $15,000 grant from the state Department of Archives and History and matching funds from the city government, Cayce is bringing in a company to search for and assess the preservational needs of Black cemeteries.

Cataloging and preserving the grave sites of Black citizens from the city’s history has been a point of emphasis for Mayor Pro Tem James "Skip" Jenkins, who applauded the city and state for making the project possible.

“It’s history. African Americans made a lot of contributions toward the city. I think recognition should be the main factor,” he said. “Back in the day, when they buried African Americans, the only record they had was what the funeral home had. There wasn’t no such a thing as a computer.

“A lot of it is my family members,” he continued. “Don’t know where the graves are at, but with the help of the [Cayce Historical Museum], we found out the name of the cemetery. So the main thing now is to get the location.”

Jenkins’ uncertainty as to where his ancestors are buried is indicative of the answers the project will seek to find.

“That's why we're having our public input meeting, to have people come out to say, ‘Hey, I know where this cemetery is,'” Thomas said. “We’re gonna have a map where they can mark it.”

Cayce has contracted the engineering company Stantec to conduct the survey and provide recommendations on how best to preserve the grave sites and cemeteries it identifies. It will then be on the city to find funding to take those next steps.

“There's no way to know what they're gonna find,” Thomas said. “There's some that we’re sure about and have got records of, but there's some things that we're hoping they're gonna be able to find that we just don't have any idea about.”

Both he and Taylor Gray, a grant writer with the city who helped secure the funding, emphasized the importance of reaching out to local stakeholders in this process, noting that the city is connecting Stantec with African-American churches and community leaders to ensure they’re getting all the information possible.

“History can be very oral, so they might know locations or might have heard different stories through the family line,” Gray said. “And so that's a big, big piece of this project.”

Another purpose for having the meeting is making sure community members have a venue to voice any concerns they may have with the project and to have them addressed. Stantec representatives will be on hand at the meeting, running attendees through the process for identifying and assessing graves and answering questions.

“There might be some concerns or questions that the public have, and this is a great time to come talk to the company that is going to be conducting the grant,” Thomas said.

Stantec is slated to make a presentation to City Council on the project the next day, after hearing from the public, part of a week they will spend in town getting started.

“During that week that they're here they will be going out into the community, talking to African-American leaders and churches within our community, stakeholders, business owners, they've been given resources and contact information for these different important people in our city,” Gray said. “That's a huge piece as well as archival research.”

Seeking to make historical representation in the city more inclusive has been a point of emphasis in the last year or so. After a member of the Cayce Historical Museum Commission was accused of making racist statements in the fall of 2021, the museum’s representation of the city’s Black history came under scrutiny, with an investigation conducted by City Attorney Danny Crowe finding there were some within city staff and the museum commission who found it lacking.

Thomas said the effort to identify and preserve local African-American cemeteries is part of the city and its museum’s efforts to be more incluse in telling its history.

“We've been doing social media during Black History Month, posting stories about our African American citizens, especially in the 20th century,” he said, noting that they’ve been doing this for almost three years.

“We are getting ready to open up an African American exhibit,” he said, pointing to a small case on the first floor of the museum. “So this is where our new exhibit is going to go on ‘African-American Legends of Cayce.’”

Thomas also said the museum is trying to be more intentional with its programs and events during Black History Month, this February bringing in a woman to do a class on sweetgrass basket weaving and a man to do a presentation on David Drake, an Edgefield County potter who created lauded salt-glazed ceramics as a slave.

Away from the museum, Gray mentioned the city may look at securing funding from the state to do a general historical survey of the city, which would include the role that its Black residents have played.

“On a longer-term mission, we’re collecting information on African Americans in this area,” Thomas said. “And we’re hoping to include them more in the exhibits that we’ve got here, just to be more inclusive. Because we've got such a great history anyway. But this is going to add richness and depth to our history.”