A 300,000-square-foot factory is now set to be the site of just this kind of a potentially game-changing redevelopment in the center of town. 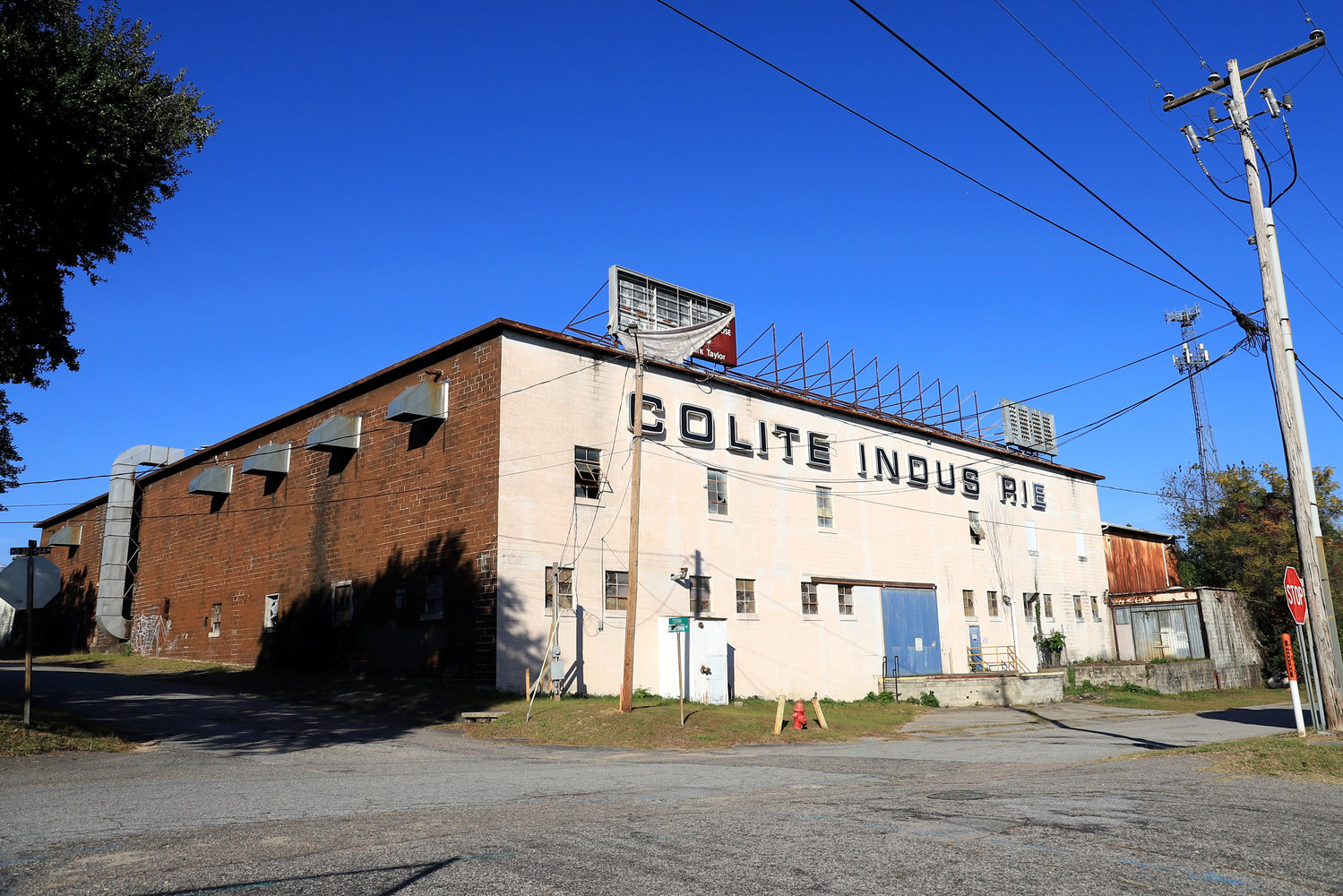 During six years on City Council and through three years as mayor, Tem Miles said he has frequently taken people interested in pursuing redevelopment projects in West Columbia to an upstairs conference room in City Hall.

“I would take them to the window ... and I would open the blinds up and point out to them that from that conference room window, if you look across the street, you saw a big lettered side of a warehouse that said, ‘Colite Industries,’” he told the Chronicle. “And I did that to highlight the fact that they were geographically in the heart of West Columbia.”

A 300,000-square-foot factory is now set to be the site of just this kind of a potentially game-changing redevelopment in the center of town.

The location is historic.

“The Colonial-Hites Company complex on North Parson Street in West Columbia was once a thriving and prosperous manufacturing facility, becoming one of the largest manufacturing plants in the country,” reads part of its listing on the National Register of Historic Places. “What began as a merger between two small, local businesses quickly evolved into an international conglomerate.”

That conglomerate decamped for a new facility in Columbia in 2008, with the building being added to the National Register in 2018.

Colite Industries’ success in West Columbia helped inspire those hoping to put it to new use, said Wade Caughman, director of development at Jam + Stark.

“There’s a sign on the building [that] says, ‘Think global. 106 countries and counting,’” he told the Chronicle. “So we feel if, hey, they could do it in 1950 and ’60. Why can't we do it now? And help companies come together, businesses come together to collaborate, to grow into national international companies?”

If it reaches the full scope of the plans listed on its website, Colite City would include such elements as “tech firm incubation,” an “innovation center for infrastructure and smart city development,” “shared kitchen units for aspiring restaurateurs,” artist studios, “music studios with the latest production technology,” a farmers market and spaces for boutique retail.

At this point, much remains up in the air. The hope is to begin work on the first phase of construction, which will repurpose 150,000 square feet of concrete-and-steel warehouses into event space along with maker and designer spaces "that could be anything from Soda City Market vendors going to a brick and mortar to artists, designers, small manufacturers, makers, T-shirt makers, candlemakers whatever,” Caughman said. The phase will also include a hub for tech startups, an “artisan alley” and the food and beer halls, he added.

He said they aren’t yet sure if the beer inclusion will brew its own beer or just serve it, as those conversations are ongoing.

He said the developers fully intend to maintain the historical integrity of the location, complying with conditions for historic rehabilitation tax credits, and that similar projects that have turned under-utilized historic structures into big coworking centers — Industry City in Brooklyn; Camp North End in Charlotte; American Tobacco in Durham, N.C. — are inspiring their approach.

“They’re all over the place in a lot of other cities,” Caughman said.

“You need a place like this to give young people and new graduates and startups and creators a place to go and be surrounded by like-minded people.”

Mayor Miles didn’t speak about Colite City as a certainty.

“Whenever you're doing infill redevelopment on the scale that this project has the potential to be, there are always challenges that come up during the course of that,” he said, “but I'm hopeful that those challenges will be met.”

But if it does come to fruition, the mayor spoke about its potential to spread out the recent wave of redevelopment in West Columbia, which has been centered on State Street, across the Congaree River from downtown Columbia, where the additions of the Brookland apartment complex and Savage Craft Ale Works have reshaped the area.

“It ties in very, very nicely with our overall long-term redevelopment plans from a city standpoint,” Miles said. “We're particularly excited to see this potential development, with this location being in the center of the city. It represents a first large step away from development located solely in the River District.”

They Believe in Irmo: Local coffee roaster looks back on first 10 years, place in community