Cola Concerts Series at Cayce Speedway Is No More

The series started at the historic Cayce racetrack in November 2020.

Cola Concerts Series at Cayce Speedway Is No More 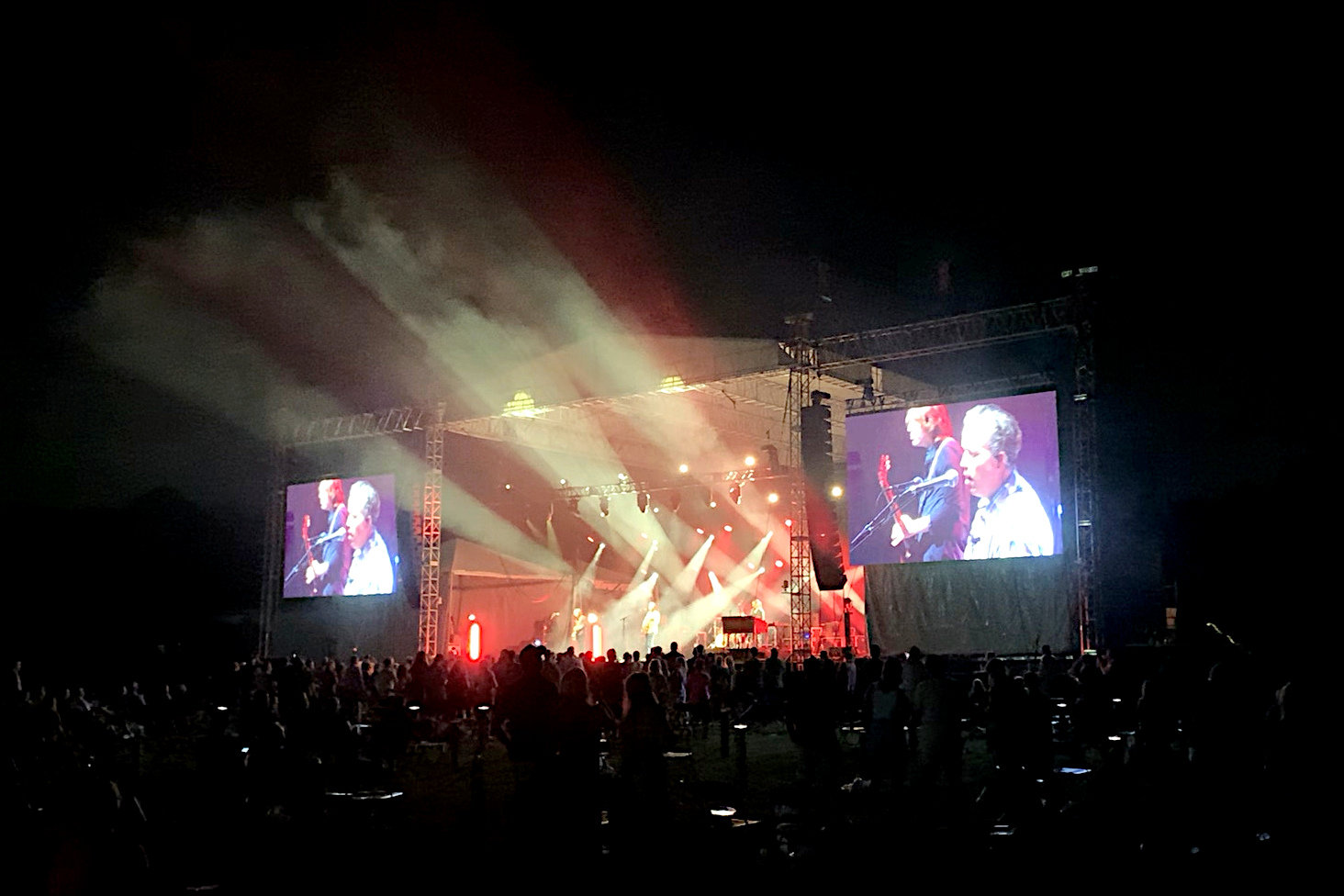 (Jordan Lawrence | Chronicle) Jason Isbell and the 400 Unity perform as part of the Cola Concerts series at the Columbia Speedway Amphitheater in September.
Posted Friday, February 4, 2022 11:09 am
By Jordan Lawrence | jordan@lexingtonchronicle.com

There will be no more Cola Concerts at the Columbia Speedway Amphitheater.

The series started at the historic Cayce racetrack in November 2020 as an effort to bring big, socially distanced concerts to the area.

Organizers, which included the team that brings Broadway in Columbia shows to the University of South Carolina’s Koger Center, invested a purported $1.3 million to get the venue ready for mid-pandemic shows, installing a big festival stage and LED screens along with roped-off seating areas. The space was reconfigured into the Columbia Speedway Amphitheater last summer, attempting to transition into a more traditional outdoor venue.

But, as Adam Epstein, CEO of Innovation Arts and Entertainment and a lead organizer for Cola Concerts, confirmed to the Chronicle, the bet didn’t pay off.

“We had great hopes for the venue, and clearly invested aggressively to create a great artist and audience experience for live music in Columbia metro,” he said. “Regretfully, sales did not meet the investment, even after we’d been open 11 months, so we decided to dedicate resources towards other opportunities.”

During its run, Cola Concerts brought some popular touring acts to town, with Jason Isbell, The Revivalists, Tedeschi Trucks, Trampled By Turtles, Indigo Girls, and Grace Potter all performing at the speedway last year.

The endeavor faced challenges from the beginning, as unexpected cold temperatures and a spike in COVID cases forced five of its initial nine touring headliners scheduled for the fall of 2020 to cancel or postpone. Cola Concerts seemed to be bouncing back in the spring of 2021, kicking off the year with a four-night stand from rising folk/bluegrass star Billy Strings last April.

But signs of trouble cropped up again in the fall, as the last two shows on the calendar — a Sept. 16 concert featuring Gov’t Mule and Trombone Shorty, an Oct. 5 stop by Ziggy Marley (son of Bob Marley) and an Oct. 15 show headlined by Old Crow Medicine Show  — were indefinitely postponed. Epstein told the Chronicle these concerts will be moved to the Township Auditorium in Columbia on a later date.

“We had a blast while it lasted,” he said.

John Banks, part of the Historic Columbia Speedway Group that operates the venue, told the Chronicle that the Cola Concerts organizers, which he characterized as professional and having done a good job with their shows, leased the space for a year and pulled out in November at the end of that contract. The stage and screens they installed were temporary, he explained, and are no longer on the site.

"All they did really is pulled some electrical [power in for the stage], and added some fences, to be honest with you, that we did not want," Banks said.  "Other than pulling some power into the speedway, and unfortunately leaving a big mess where the stage was by killing a lot of grass and stuff like that, they didn't do a lot for infrastructure."

Hidden City Music Festival, an electronic music event unaffiliated with Cola Concerts, is scheduled for the speedway on April 9. The only other event currently announced for the venue is the Highland Games and Celtic Festival on April 2, part of the annual Tartan Day South celebration of Celtic heritage in the Midlands.

Banks said the speedway team is fielding other offers for the space, and that they're in contact with another promoter who is talking about a number dates in the spring and summer.  He explained that they have plans down the road to add permanent restroom facilities and a better ticket office to improve the space, but the venue will go back to operating as it did before Cola Concerts, with promoters  leasing the space for mostly one-off events, bringing in their own stage and anything else they might need.

"Unfortunately, when you're a venue like we are, we're up to how good the promoter can be," Banks said. "Because they bring in the show, they bring in everything. We're basically an open ground, you know, a blank canvas for them to work with."