Media forced to admit they were wrong

The mainstream media – to its shame – is up to its old tricks.

The New York Times, Washington Post and NBC News have retracted a a false claim from an "anonymous source."

Media forced to admit they were wrong 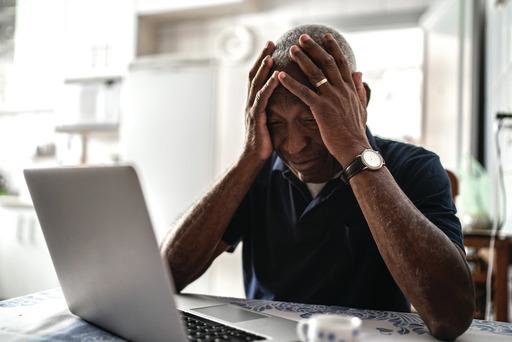 The mainstream media – to its shame – is up to its old tricks.
The New York Times, Washington Post and NBC News have retracted a a false claim from an "anonymous source."
NBC broadcast and the 2 newspapers published a claim that the FBI warned former NYC Mayor Rudy Giuliani that he was the target of a Russian “disinformation” plot.
The FBI raided Giuliani’s Manhattan apartment in the early morning of April 28.
They seized phones and computers in connection to an investigation of Giuliani's activities in Ukraine.
The NY Times published that “the execution of search warrants is an extraordinary action for prosecutors to take against a lawyer, let alone a lawyer for a former president (Donald Trump).”

On May 1 the Times, the Post, and NBC News all published follow-up stories claiming that the FBI formally warned Giuliani about a Russian “influence operation” in which he was a target.
But that evening they retracted their fake news reports.
The Times‘ correction appeared only at the bottom of the article.
It reads: “An earlier version of this article misstated whether Rudolph W. Giuliani received a formal warning from the FBI about Russian disinformation. Mr. Giuliani did not receive such a so-called defensive briefing.”
The Post‘s correction: “An earlier version of this story, published Thursday, incorrectly reported that One America News was warned by the FBI that it was the target of a Russian influence operation. That version also said the FBI had provided a similar warning to Rudolph W. Giuliani, which he has since disputed. This version has been corrected to remove assertions that OAN and Giuliani received the warnings.”
NBC News’ correction: “An earlier version of this article included an incorrect report that Rudolph Giuliani had received a defensive briefing from the FBI in 2019 warning him that he was being targeted by a Russian influence operation. The report was based on a source familiar with the matter, but a second source now says the briefing was only prepared for Giuliani and not delivered to him, in part over concerns it might complicate the criminal investigation of Giuliani. As a result, the premise and headline of the article below have been changed to reflect the corrected information.”

The 3 reported that the claim came from “anonymous sources.”
Giuliani asked them to reveal their sources who lied and targeted an American citizen.”
Giuliani has been under investigation for almost 2years over his alleged failure to register as a foreign agent for his work in Ukraine.
Critics have asked why the FBI has taken no publicly reported actions about allegaations that President Biden's son Hunter took billions of dollars from Ukrainian, Russian and Chinese officials.
Critics say the FBI is being misled and misguided by top brass as they were during the Trump administration.
Giuliani denies ever representing a “foreign national” and has blasted the FBI’s recent raid as “illegal” and “unconstitutional.”
He told Tucker Carlson on Fox News that he has offered to cooperate with law enforcement since the beginning of the probe in 2019.

This is another example of left-wing mainstream media's obsession with Donald Trump and his associates such as Giuliani, his personal attorney.
The 45th President has been out of office and a private citizen for almost 3 months but the media relentlessly pursue any scrap of damaging news about him.
Newspapers publish thousands of articles.
Some times we make mistakes or publish inaccurate information.
At the Chronicle, we don't try to hide them. We admit our mistakes on the front page.
The late Adolph Ochs, who turned the NY Times into an honest journalistic power, would feel ashamed that his newspaper editors and reporters behave this way.

To comment on this, please email JerryBellune@yahoo.com
If you don’t want us to publish your comment, please say so.

Our special offer for you
If you like our Chronicle stories, please join our loyal subscriber family.
You can join with a 12-month digital subscription for only $39.95.
This offer is also good for present subscibers who want to add 12 months to their subscription.
To start your subscription, please call 803-359-7633.
If calling after hours or on weekends, please leave your name and phone number and we will call you back.