Chapin citizens packed the house July 12 for a Chapin Planning Commission meeting that included an overview of a proposed apartment complex and business area. 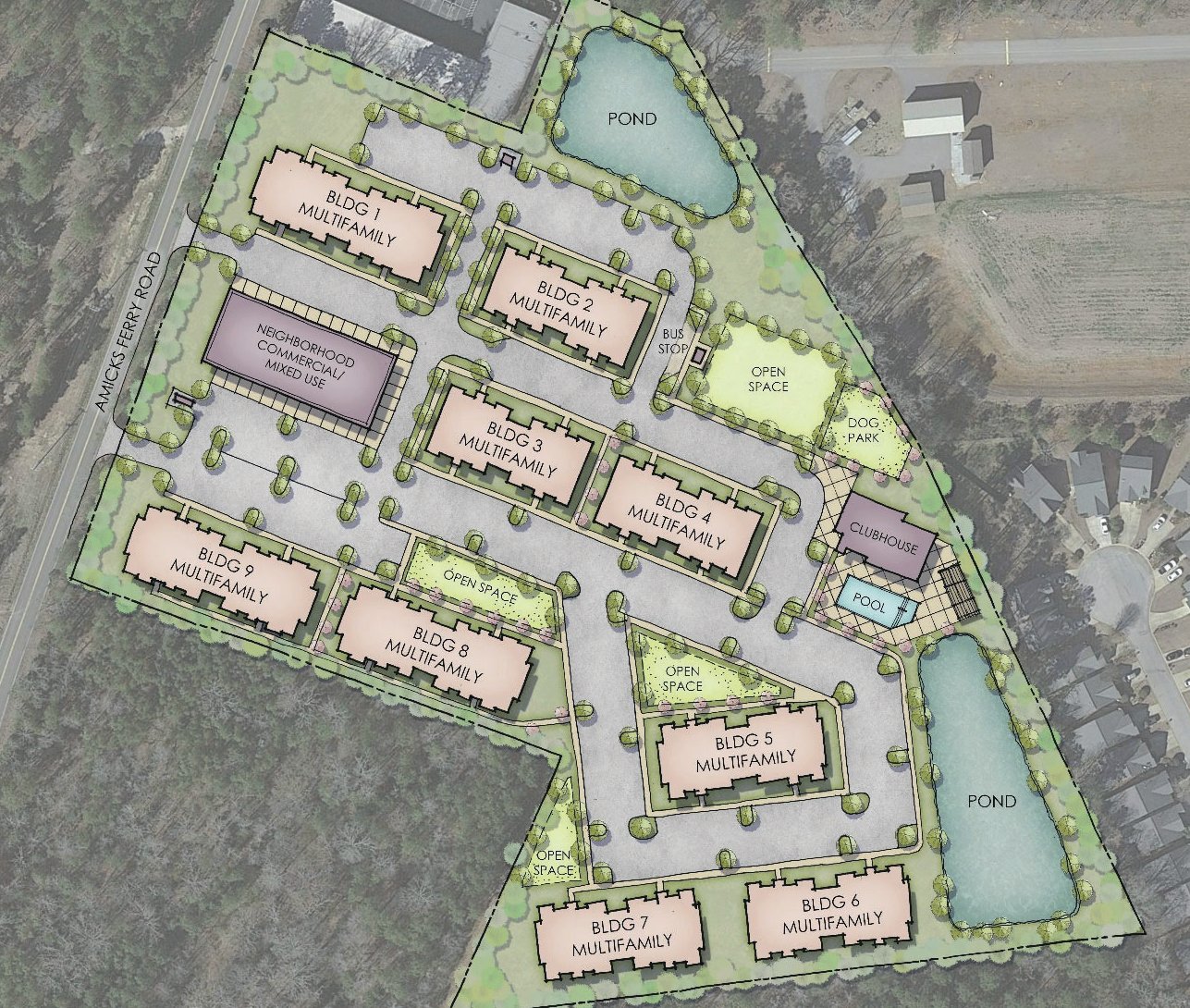 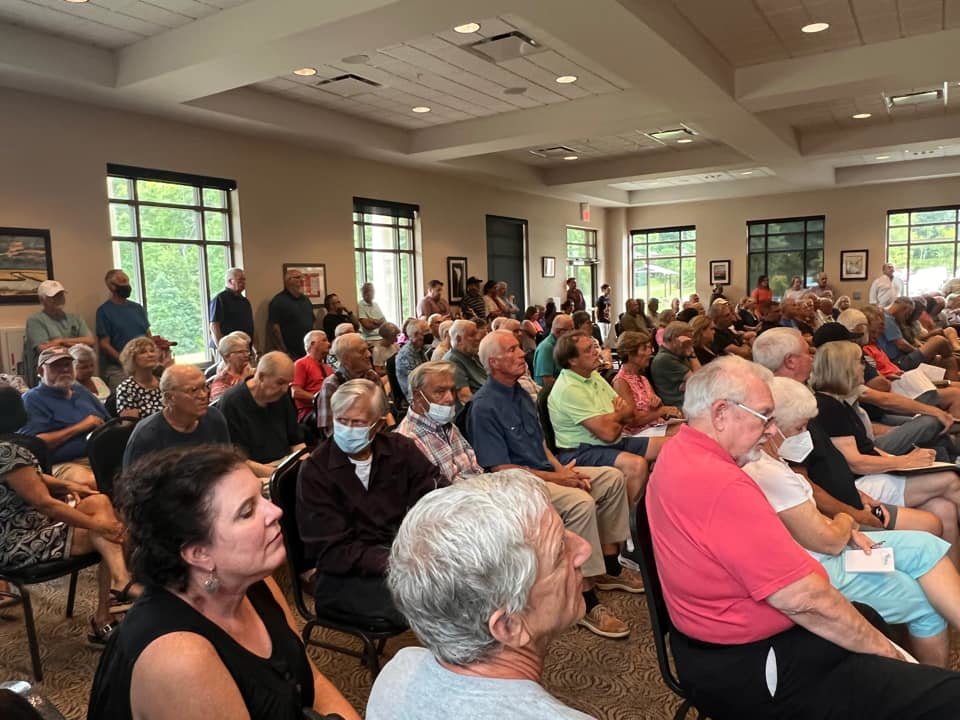 Citizens packed a meeting of the Chapin Planning Commision during which plans for the proposed Piney Grove Pointe apartments were presented.
Provided | Cynthia Wass Shepard
Previous Next
Posted Wednesday, July 20, 2022 12:00 am
By Natalie Szrajer
news@lexingtonchronicle.com

Chapin citizens packed the house July 12 for a Chapin Planning Commission meeting that included an overview of a proposed apartment complex and business area. The proposed development would cover more than 13 acres comprising three separate tracts of land in the Amicks Ferry Road area.

John Gantt with Armada Development presented the plan for the Piney Grove Pointe project to the commission. All of the property is located along Amicks Ferry Road and is near Lake Pointe Center, Bennington Court, Chapin United Methodist Church and Fairhaven Subdivision.

According to development documents, the project, which could take 24 months to construct, includes apartments and space for neighborhood businesses. The construction time may change depending on market conditions.

“This is a project we’re working on at the time,” Gantt said.

He said he had nothing further to say until the project is formally submitted to the town for approval, which could happen in about three months.

Burroughs said planning for the development is in the very preliminary stages, and there was a chance for the planning commission to review and ask questions. This was the first submission by the developer, and Town Council hasn’t yet reviewed it.

The next steps awaiting Armada are to put in an official submission to the Town of Chapin, Burroughs continued. There are a variety of steps necessary for the development to continue,  including a review by council, before the Planning Commission reviews it again and votes on it. If approved, it would then go to council for final approval.

The timeline depends on when Armada will submit an official document.

The stated goals of the development are to facilitate well-planned growth, expand housing options and grow the local economy, which Armada states in its proposal that the development aligns with three elements of Chapin’s comprehensive plan.

Despite the firm’s intentions of growing Chapin, many of the town’s citizens aren’t on board with the proposed apartment village.

“This development is not well thought out and it will further complicate the already over stressed community,” Beverly Heinly posted in the public Facebook group What’s Happening in Chapin. “The traffic situations that exist in Chapin now is awful. Chapin is a small town and there aren’t jobs for 240 apartment dweller families so you’re creating that many more commuters not to mention the already over populated schools.

“Growth may be inevitable but it has to be done properly and shoving 240 apartments into an already stressed community is not the answer.”

Amicks Ferry Road is home to the town’s newest elementary school, Piney Woods. As far as bigger businesses, the major employers include GIS and Fiserv, according to Chapin’s community profile. Ellet Brothers was a major employer before shutting down. Other businesses include a variety of restaurants, grocery stores and medical centers.

Cynthia Shepherd said she loves the small town life of Chapin, and while growth is inevitable, there’s an opportunity for smart growth that doesn’t push out citizens who have called the town home for years.

“I live in a rural area [of Chapin],” she told the Chronicle. “My neighbors have horses, pigs, goats and chickens. We are fortunate to have found a beautiful place to live. One only has to drive down the Chapin roads to know that adding unchecked development is wrong. I am not opposed to the town’s idea of having a village with walkable amenities but a realistic location would be key for its success.

“The proposed apartments are the exact opposite of what the town has said they want. Amicks Ferry Road simply cannot handle apartments in addition to the already 400 other homes already being built. I think the mayor and council need to tighten restrictions so that Chapin remains a wonderful place to live.”