The story of Towny Townsend and the Splendid 6 is already available in a book by Lexington resident Patrick Montgomery. 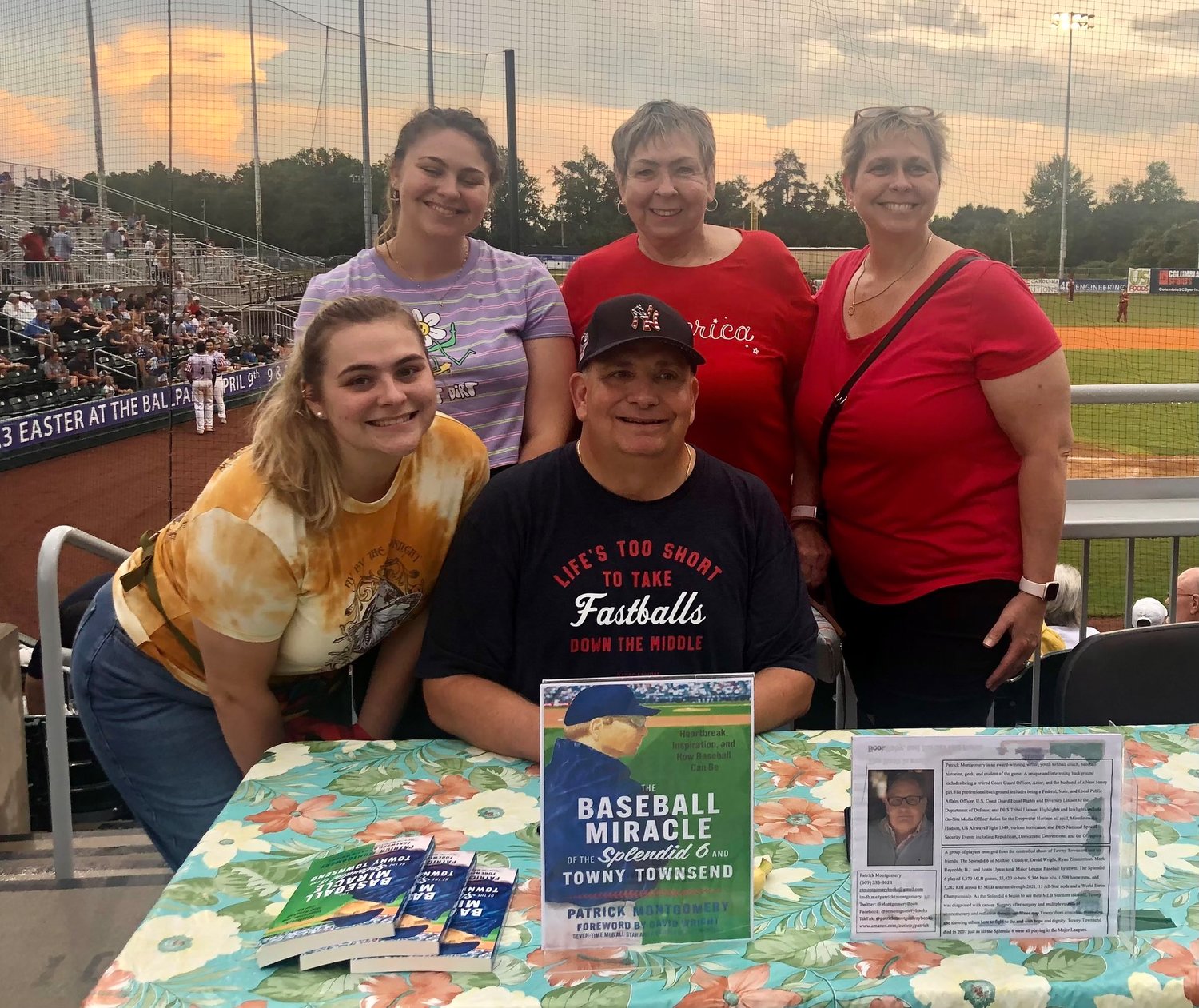 The story of Towny Townsend and the Splendid 6 is already available in a book by Lexington resident Patrick Montgomery.

It now appears Montgomery’s work and vision will be highlighted on the big screen. As he visited Virginia to promote his book “The Baseball Miracle of the Splendid 6 and Towny Townsend: Heartbreak, Inspiration, and How Baseball Can Be,” it was announced that a movie would be in the works.

The Virginian-Pilot reports that Aaron Paderewski, an actor, producer, director, writer and friend of Montgomery was “blown away” by the book. He’s now in the process of developing a script in preparation for a film from his production company The Moment After Productions on the life of the late former minor league player who helped six players in the Hampton Roads area reach the Major League Baseball ranks.

“I’m actually excited because movies can be bigger and grander, but with that, you get more in-depth,” Montgomery told the Chronicle. “You’re able to explore different viewpoints and angles as well as see a richer depth of the characters. I’m looking forward to seeing that play on screen.”

“This story of Towny Townsend, it has a lot of integrity to be a great feature film that I think the American and worldwide audience would really enjoy,” he said.

Townsend’s sons, along with their mother, Cathy, are taking a wait-and-see attitude to it all. Montgomery said Cathy will serve as a consultant to the film.

“She’ll be one of the technical advisors to make sure that the tone is correct and to make sure we’re doing it right,” he said.

Paderewski hopes to start filming in the fall of 2023. He said it would take about 36 to 38 days to shoot.

“We’d love to shoot it in Virginia, but we haven’t gotten to that point yet,” Paderewski is quoted in the Virginian-Pilot, who will star in an upcoming action thriller film directed by Ian Nelms and Eshom Nelms, starring Orlando Bloom and Andie MacDowell.

He, like Montgomery, is looking forward to sharing Townsend’s story.

“His life just seems amazing with what he did with baseball and what he did for the kids. It’s just an amazing story,” Paderewski is quoted. “His story of helping these players get through and making it to the big leagues and their life of getting there and all these other coaches involved, it’s just something that needs to be told.”

A print version of the book is available at BookBaby. To receive an author-signed copy, send a message to ptmontgomerybooks@gmail.com.