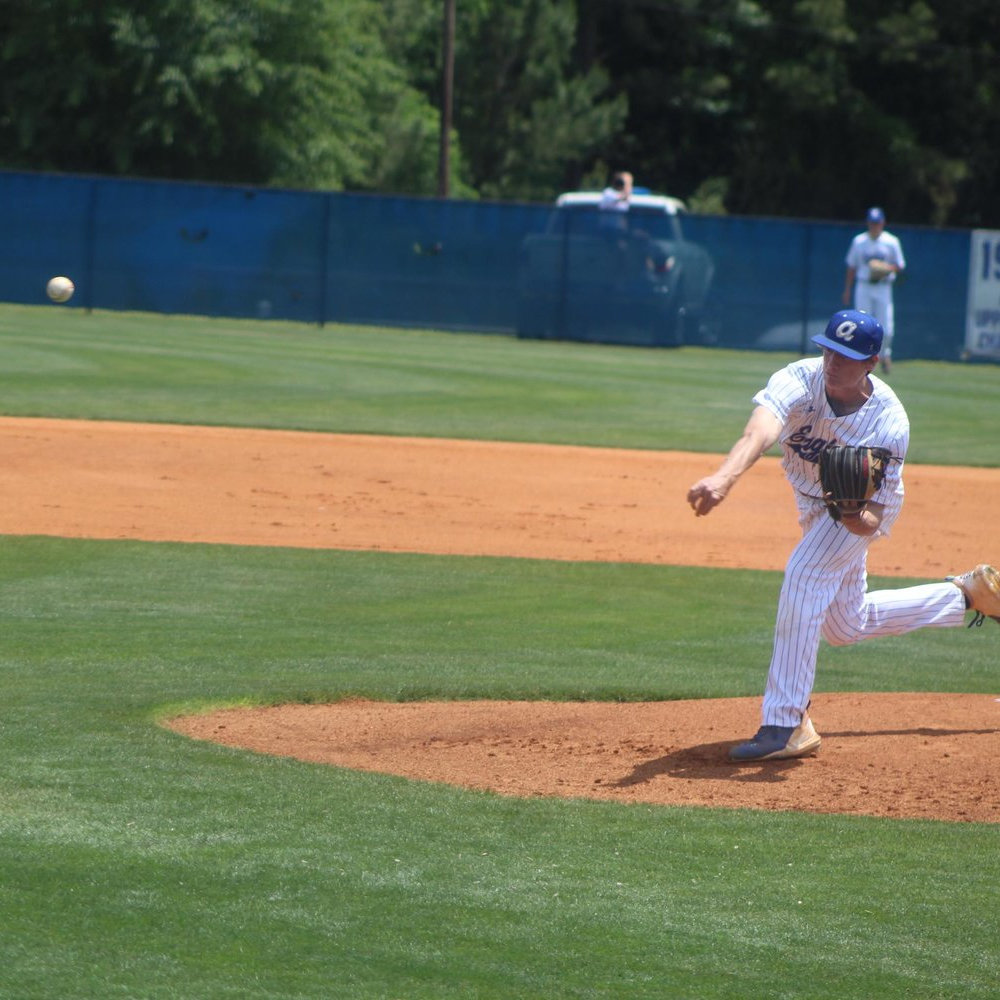 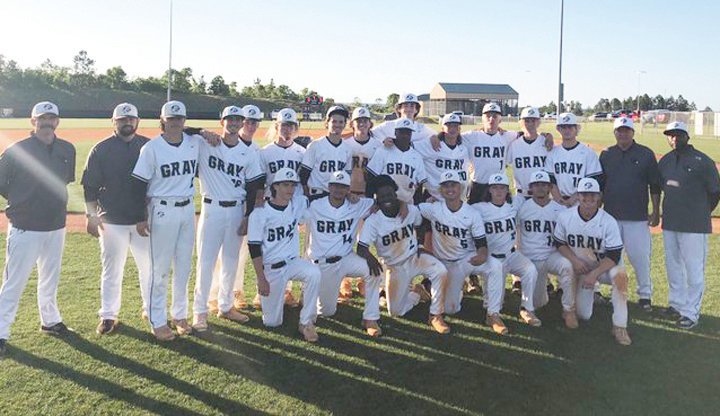 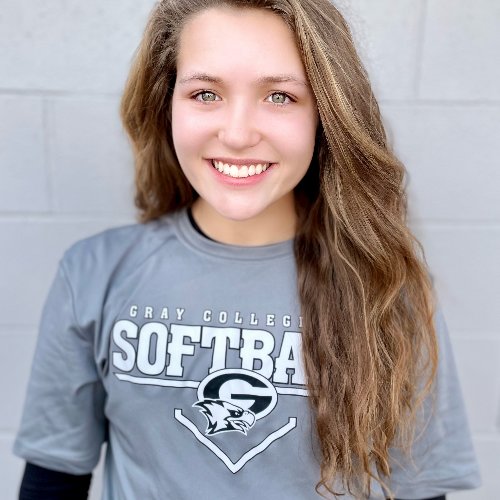 Meanwhile, Lexington and Brookland-Cayce baseball and Chapin softball were on the losing end of winner's bracket games.  And while Chapin baseball stayed alive Saturday, Gilbert's run as defending Class 3A baseball champion came to an end.

The Newberry College signee had struck out nine and held the visiting Trojans scoreless through five ⅔ innings in holding a 1-0 lead.

A game-tying home run by McAndrew Mangan in the top of the sixth inning ended Forrester’s day on the mound.

While denied a win on the mound, Forrester made sure his team did not suffer a similar fate. Leading off the bottom of the seventh, Forrester belted a walkoff solo home run over the centerfield wall.

It was just the fifth hit of the game for Airport. Hunter Epps led the Eagles with two hits, including a RBI double in the top of the second to give them a 1-0 lead.

Airport (23-6) now travels to Hartsville for a Class 4A Lower State winner’s bracket game at 7 p.m. Monday.  James Island visits Beaufort in an elimination game. with a no-decision.

Savion Smith went 3-3 and Kendrick Wright and Peyton Starkey both drove in two runs as the War Eagles advanced to the Class 2A Upper State final.

Gray Collegiate (26-5) took a 1-0 lead in the top of the first off an RBI single by Brent Stukes. Sowell answered in the bottom half of the inning with a solo home run.

The War Eagles scored five runs, all without a hit, in the top of the third inning to go up 6-1. Walker Sowell led off the bottom half of the inning with a solo home run and RBI doubles by Kevin Diggs and Landon Vick made it 6-4.

A sacrifice fly by Starkey gave Gray Collegiate a 7-4 lead in the top of the fourth inning. The Rams’ Zane Davis hit a two-run home run to cut the lead to 7-6 in the bottom half of the inning.

The War Eagles added a run in the fifth and sixth inning. The Rams looked to rally in their last at-bat, getting an RBI single by Vick.

Gray Collegiate will now await the winner of Monday’s elimination game on Wednesday for a berth in the state final.

A five-run fifth inning sparked by a two home runs by J.P. Hornick and Caden Reeves allowed the Eagles to stay alive in the Class 5A Lower State playoffs.

Down 2-0 with one out, Cooper Raines reached first base on a single. After Maddox Floyd lined out at second base, Hornick took the 1-2 pitch over the leftfield wall to tie the game.

Jennings Greene and Gray Wells hit back-to-back singles, setting the stage for Reeves to clear the bases with a three-run home run.

P.J. Morlando cut the deficit with a two-run home run off reliever Wells, He then retired five of the final six batters faced to end the Green Wave’s season.

Chapin now travels to Lexington in an elimination game Monday. The Eagles are 0-4 against the Wildcats this season.

It was the “rubber match” between the Stags and Wildcats and the first-ever visit to the Moncks Corner school for head coach Brian Hucks.

The winner would not only get the advantage in the season series, but also a berth in Wednesday’s Lower State final.

Led on the mound and at the plate by Region 7-5A Player of the Year Miller McGuire, Berkeley defeated the Wildcats and sent them into a 6:30 p.m. Monday rematch at home against Chapin to remain in the playoffs.

Lexington has won all four meetings against the Eagles this season.

McGuire put the Stags on the board in the bottom of the first inning with a solo home run off University of South Carolina commit Reese Marcum.

Berkeley added three more runs off two Lexington errors and a hit by pitch thrown by reliever Jake Smith during a four-run fourth inning. A two-run single put the Stags ahead 7-0 going into the sixth inning.

Rhett Legette relieved McGuire after Braden Fournel singled with one out in the top of the seventh inning. The shutout bid for Berkeley ended as Caleb Warren hit a two-run homer.

A new Class 3A baseball champion will be crowned this year.

The Hawks scored nine unanswered runs to erase a 3-1 lead by the Indians and pulled away for the victory in the elimination game.

Jake Torbett tied the game in the bottom of the first inning with an RBI hit by pitch. A sacrifice bunt by Jackson Lineberry scored two more runners for Gilbert.

Hanahan reclaimed the lead in the top of the second inning with a RBI single by Foster Nicoden and a sacrifice fly by Hunter Gomes. The Hawks then took the lead at 4-3 in the top of the fourth after Mason Woznac was hit by a pitch with the bases loaded.

They then scored three times in the sixth and seventh innings to pull away. Up next is a Class 3A Lower State elimination game at Brookland-Cayce Monday.

Gilbert concluded the season with a 19-10 record.

A five-run sixth inning by the top-ranked Landsharks broke a 2-2 tie and snapped a 20-game winning streak for the second-ranked Bearcats.

Cameron Sebuck put Oceanside Collegiate up 2-0 in the top of the second inning with a two-run single. The War Eagles loaded the bases in the bottom half of the inning and managed only a RBI hit by pitch by University of West Virginia signee Skylar King.

They tied the game in the bottom of the fifth inning. It was all the offense Brookland-Cayce mustered as it stranded 10 baserunners.

Oceanside Collegiate put the game away in the sixth. Jackson Sobel had a two-run single, Chase Jamigan had a two-run double and Andrew Bowers had an RBI single.

The Landsharks will await Monday’s winner between the Bearcats and Hanahan in Wednesday’s Class 3A Lower State final.

Brooke Tranun went 3-4 with two RBI and she and Brooklinn Thomas both hit solo home runs in the bottom of the sixth to rally the Lady War Eagles past the Lady Tigers in the Class 2A Upper State opener.

Taylor Corley struck out eight to pick up the victory.

An error in right field by Laney Rauch allowed the game-winning run to score for the Lady Green Wave in the opening Lower State playoff matchup.

Chapin led off the game with three straight hits, with Cabe scoring Taylor Palfrey to give the Eagles a 1-0 lead. An RBI double by Maddie McMillion extended the lead to 2-0 in the top of the third inning.

Summerville got an RBI single in the fourth and RBI groundout in the fifth inning to tie the game. It stayed deadlock until the game went into extra innings under international tie-breaking rules where a runner starts an at-bat on second base.

Neither team scored until the top of the ninth inning when Andee Dircks drew an RBI walk to put Chapin ahead.

Facing two outs and a baserunner at third base, the Lady Green Wave tied the game on the fielder’s choice. After an intentional walk, Summerville capitalized off the error to score all the way from second base to win the game.

The Lady Green Wave will now visit Lexington Monday for a winner’s bracket game. Chapin will play host to Wando in an elimination game.