Seniors Will McFarland and Devin Binyard had the last five months of their respective high school athletic careers planned out.McFarland would seamlessly transition from playing forward on the … 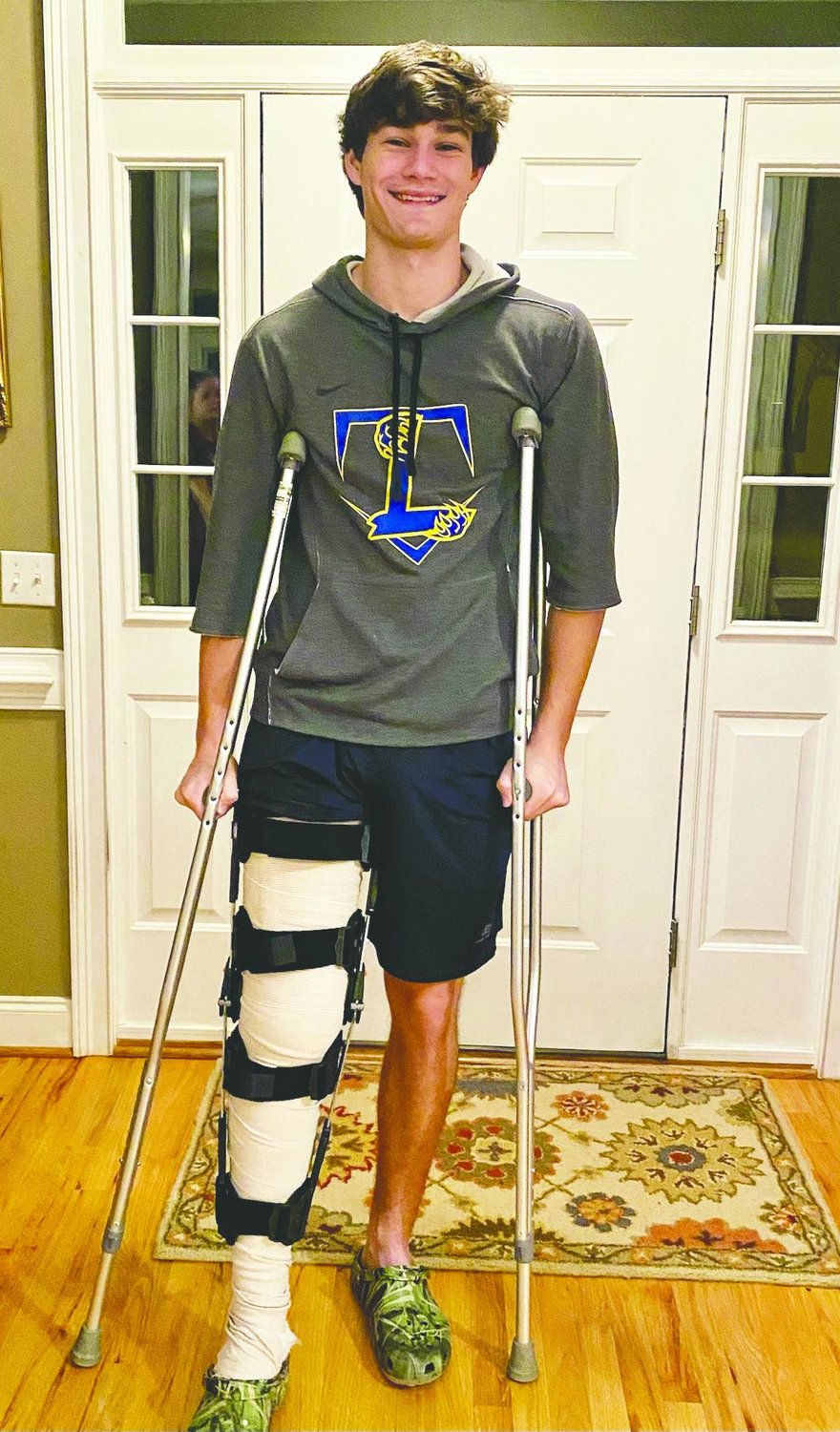 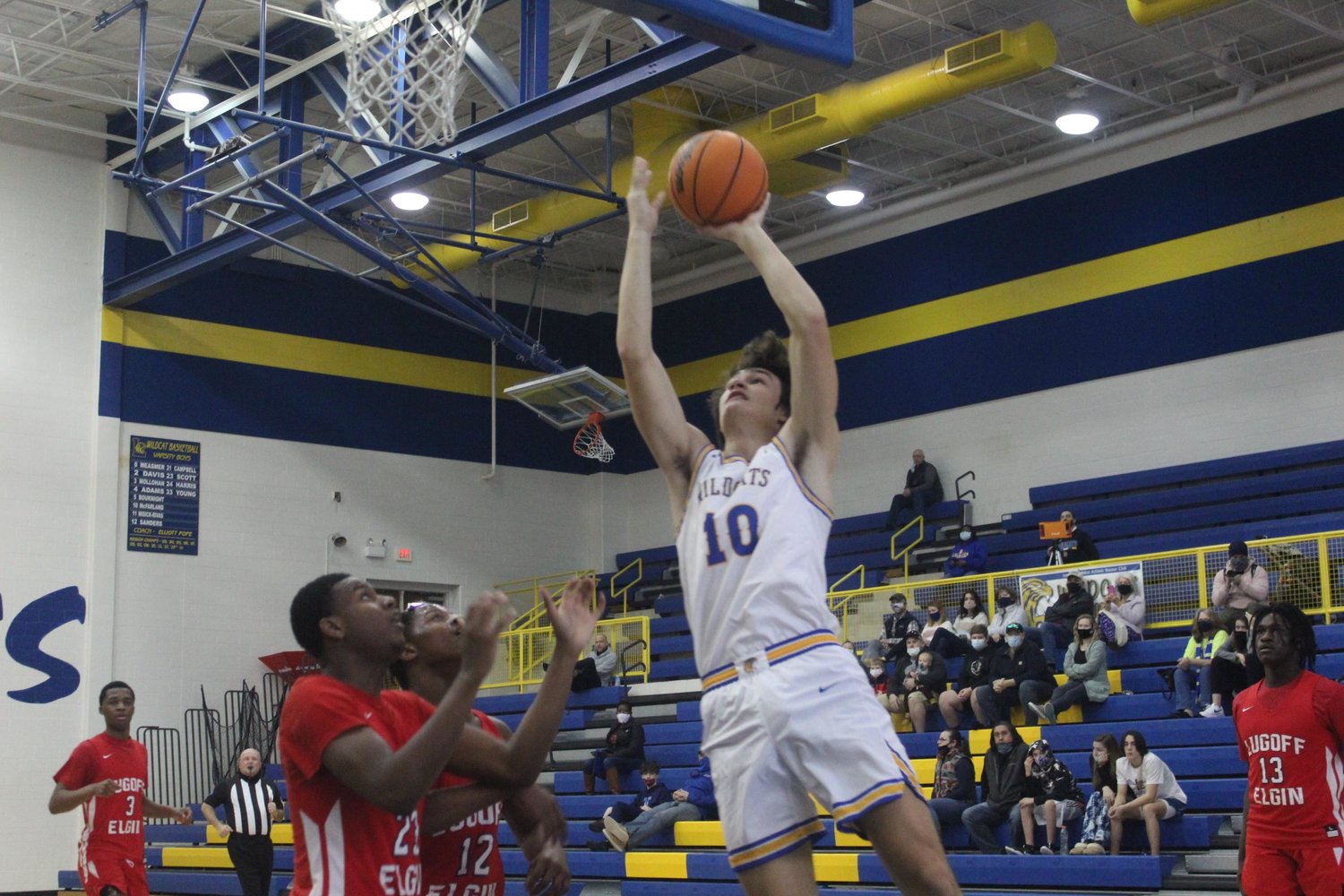 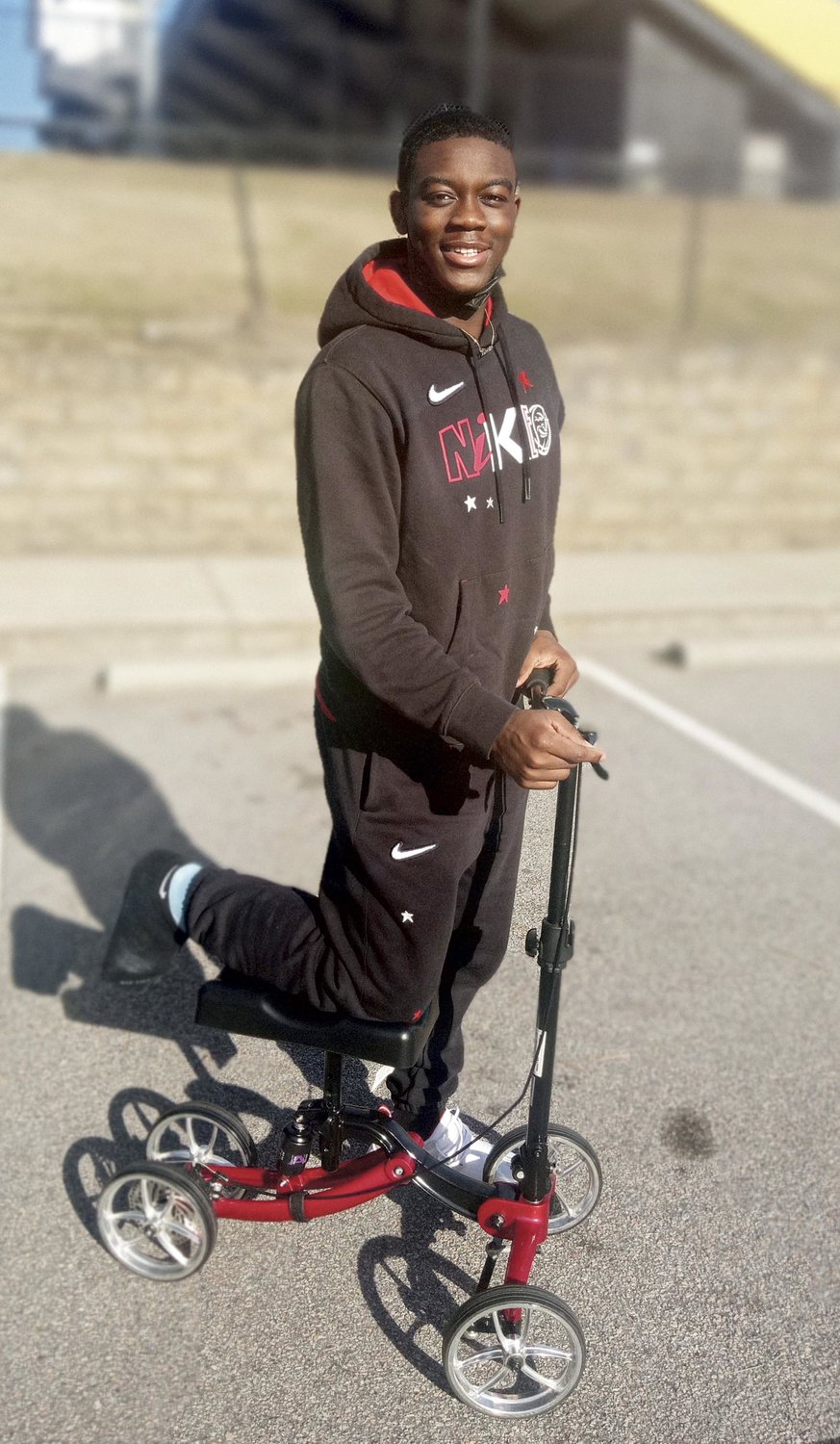 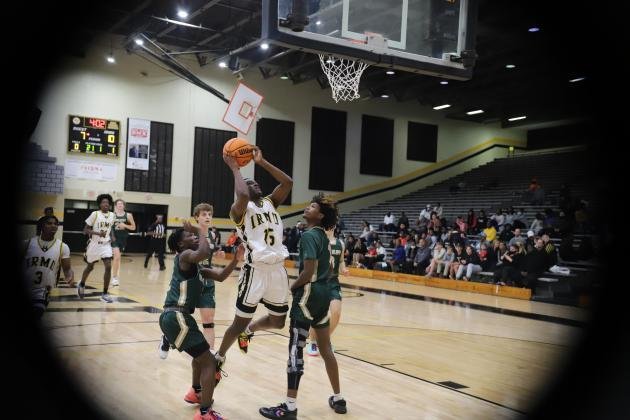 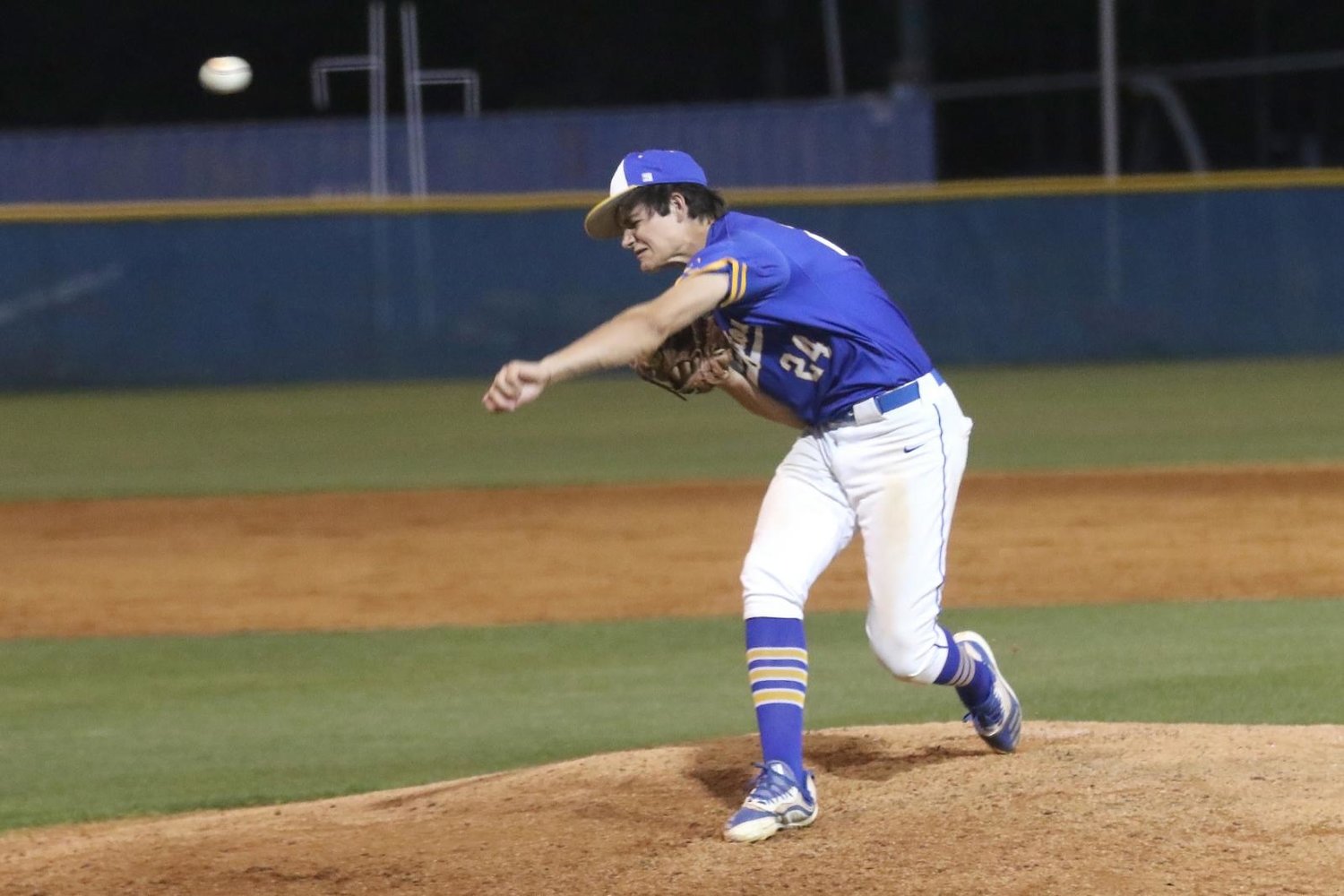 Seniors Will McFarland and Devin Binyard had the last five months of their respective high school athletic careers planned out.

McFarland would seamlessly transition from playing forward on the Lexington High School basketball team to relief pitcher for the baseball team. He would then attend the senior prom and go turkey hunting before marching with his classmates on graduation day.

A starting guard for the Irmo High School boys basketball team, Binyard had a dual focus. He wanted to help the now-top-ranked Yellow Jackets win a Class 4A state title, while improving his college prospects.

Their respective plans drastically changed during two head-to-head matchups in which both players suffered season-ending injuries.

Binyard was the first to go down during the Lexington/Irmo semifinal matchup Dec. 29 at the Chick-Fil-A Classic at River Bluff High School.

It was towards the end of the second quarter when Binyard landed awkwardly while grabbing a rebound and experienced a familiar pain in his right ankle.

"I realized right when it happened that I knew that I had broken my ankle again," he said.

Binyard's previous injury took place two years earlier during football season. While he recovered in time to play basketball that school year, this latest setback meant the end of his playing days for the Yellow Jackets.

"Devin is irreplaceable," Irmo head coach Tim Whipple said. "He played multiple positions for us and, in our system, that is extremely difficult to do. He plays equally as well on the perimeter and in the post. He is so versatile on the floor. He is our leading rebounder (6.5 boards a game), is a very good three-point shooter (shooting 33% behind the arc), can score in the lane (averaging 11 points per game), and is a very good defender. He also makes very good decisions on the floor and rarely has a turnover."

Using a scooter to move around on his casted foot, Binyard was back on the bench six nights later at Wildcat Stadium. It was the third matchup with Lexington, and Javion Green started in his place.

With 32.6 seconds left in the first quarter, McFarland leaped towards Green in the left corner to defend his 3-point attempt.

McFarland collided with Green and was called for a foul. After falling to the court, McFarland grimaced in agony as his right leg laid in an unnatural position.

The trainers who quickly rushed to McFarland and those within viewing distance in the bleacher section sensed this was no ordinary injury.

"As soon as I hit the ground and I saw my knee sideways, I was like 'Oh, gosh! That's not good!'," he remembered. "I couldn't move it at all and the trainer wouldn't let me look at it which after that was an indicator was like, 'Oh, that's really not good!'"

Lexington Medical Center Emergency Services arrived within 20 minutes with a gurney for transportation to the hospital.

Teammates, head basketball coach Elliott Pope and head baseball coach Brian Hucks approached McFarland as he was taken out of the gymnasium in a show of support.

"My first thought was for Will’s safety and how we could get him the help he needed as quickly as possible," Pope said. "Credit to our sports medicine staff and [Athletics Director Perry] Woolbright for having a quick response to a very difficult situation. An MRI the next day confirmed the worst fears imaginable. McFarland was told he had torn his right knee's anterior cruciate ligament and the medial collateral ligament — two of the knee’s four ligaments — and his meniscus.

In surgeon's terms, it's referred to as the “Unhappy Triad." A timetable for recovery and rehabilitation following surgery ranges from a year or longer depending on the patient.

"As a player, I have a well-documented history of knee issues from my high school career and it’s why I had to stop playing in college," Pope said. "So, with that personal understanding of knees and how difficult an injury to that joint can be, it’s hard not to get emotional because you know it’s a long road ahead for that kid."

For McFarland, the timetable denies him an opportunity to finish his athletic career on the playing field. It also leaves the Wildcats without one of their most reliable arms.

"Seeing the pain he was in, I just wanted to be there for Will," head baseball coach Brian Hucks said. "It is absolutely heartbreaking to see that type of injury, but especially for a senior who has worked so hard to have it end like that. "Will was one of our top relief pitchers and I expected him to lead the team in appearances this year. It is a huge loss for our program, but I hate it for him more than I do for us."

Like Binyard, the injury also caused McFarland to experience some 'deja vu' from 2020.

He harkened back to 2020 when spring sports were abruptly canceled due to COVID-19.

"I didn't really mind as much because I'm like, 'Oh, I'll have junior and senior year to play,'" he said. "But now, it's my senior year and I'm like, 'Wow! I'm in my last year and it kind of got shut down.' It's a whole lot more disappointing than it was two years ago."

As McFarland awaits surgery later this week, he's taking virtual classes at home while using crutches for any limited movement. A full-length mobilizer covers athletic tape wrapped from the top of his right thigh to the bottom of his foot.

His goal is to continue supporting his teammates as they have supported him, remaining involved in sports in a team manager role.

"Will is a leader plain and simple," Pope said. "He won’t be the first one to tell you that, but his coaches certainly will. I don’t see him as a team manager at all. We just gained a new coach right before the most critical time of the year. That’s a heck of a time to add someone with as much on floor experience as that young man has to your staff.

"Will is going to do what he always does in his new role. Uplift, encourage and demand the best out of his teammates the only difference is he’ll do it with a jumpsuit on instead of a jersey. I guess that will mean he'll be louder than me from the bench."

Binyard returned to in-person school this past Friday. He’s still a presence at practice and at games, trying to remain a "great teammate" and team leader.

He does hope to return to the hardwood within 2-3 months and is still optimistic about playing in college.

"It hurt at first, but I had to realize that it's life and God has something better in plan," Binyard said. "Devin is one of the finest young men I have had the opportunity to coach and is just a pleasure to be around both on and off the court," Whipple said. "He is a tremendous teammate and because of his versatility on the court, he has a great knowledge of everything we want to accomplish. He can no longer help us with his play on the court, but he still has a major impact in sharing that knowledge to his teammates both in practice and during games."

McFarland's timetable for playing action is much longer. He was told not to actively participate in sports for a year. Nevertheless, his senior plans outside of athletics still remain intact. If surgery and physical therapy go well, he hopes to walk without crutches, attend the senior prom and even go hunting during turkey season in April and May.

"The reality of the situation is I’m not sure there’s a more capable young man or family in the McFarlands for that matter who can address this adversity head on and overcome it," Pope said.

"Obviously, anytime there is a season ending injury it has an impact on a team," Whipple said. "It is heartbreaking in any situation but especially when it is a senior. It really does just break my heart for both of these young men.

Regardless of the future, neither player has regrets about playing multiple sports.

"Playing sports in high school is a lot of fun," McFarland said. "It really doesn't matter how many you play and you get injuries for really just playing hard. It's unfortunate, but I got my injury the other day for trying to close out on a shot. "The more sports you play only makes you better. You get to make a lot of relationships with teammates and different people around the school. So, you don't want an injury, but I guess it's just the risk you have to take." "You can't help injury," Binyard said. "It just comes. No matter what, you're going to be injured either way. You can't help if you're going to be injured or not."