Riley Ford and Mackenzie Mathis combined to allow no hits in seven innings in Lexington softball's Class 5A playoff-opening win over Sumter. 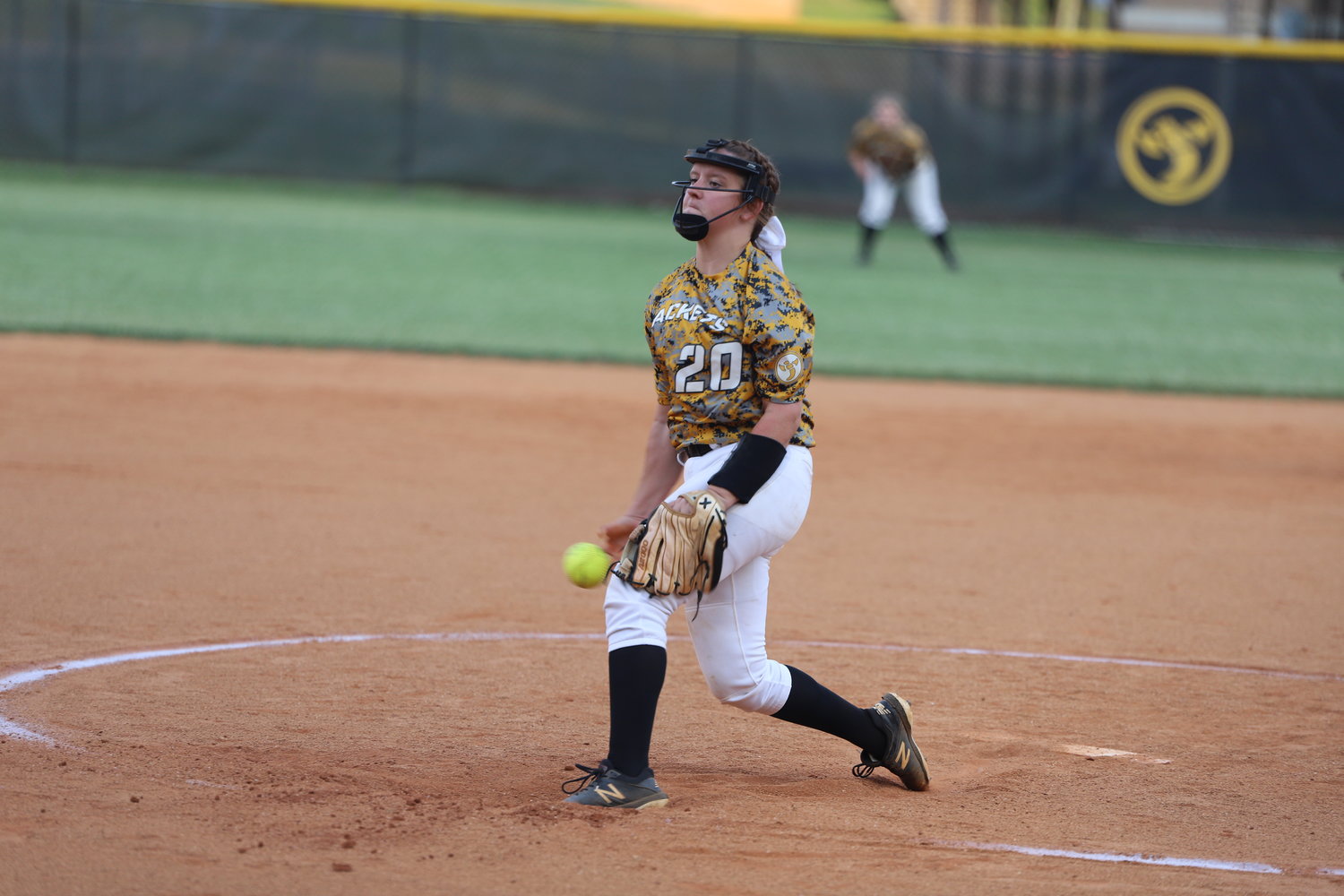 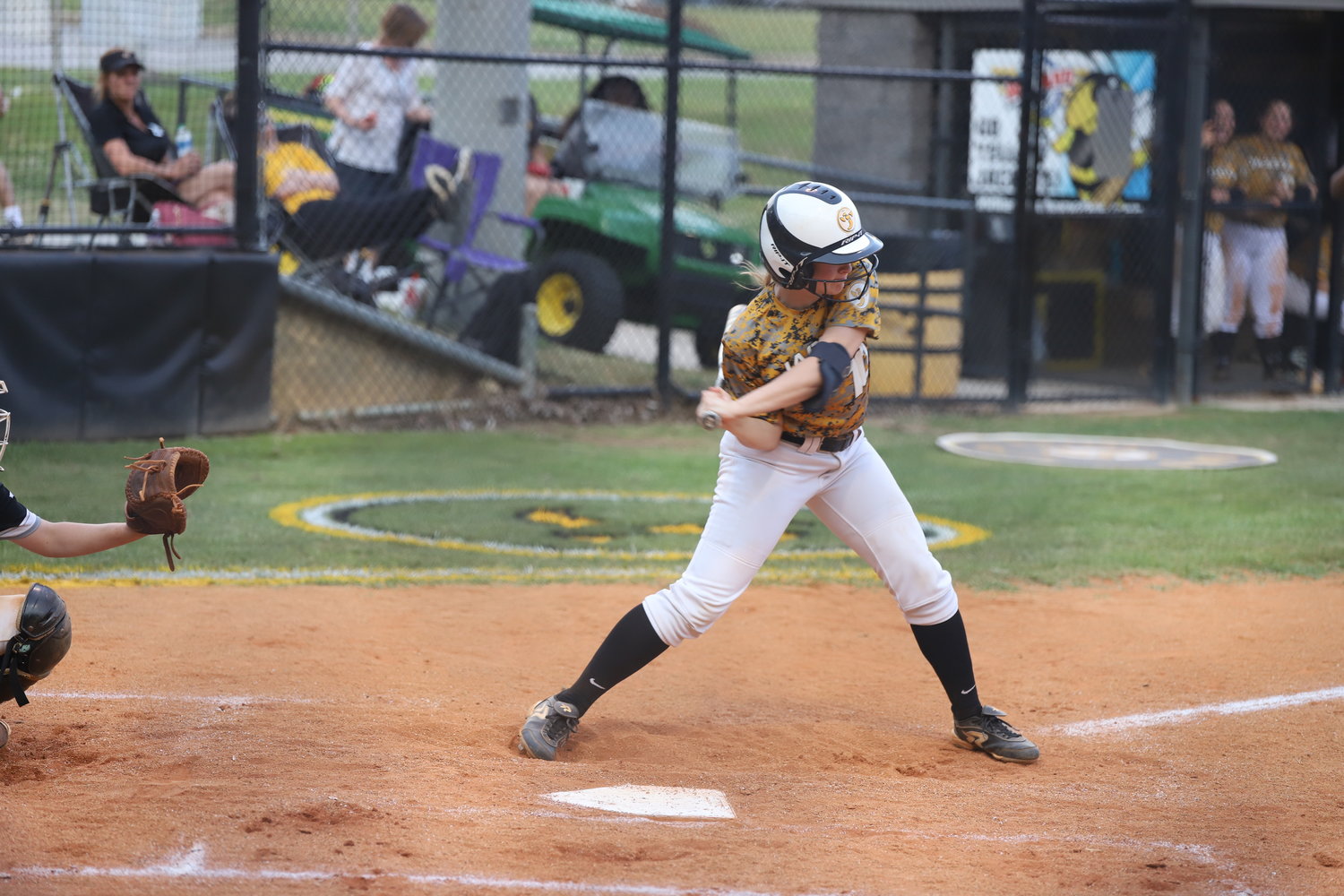 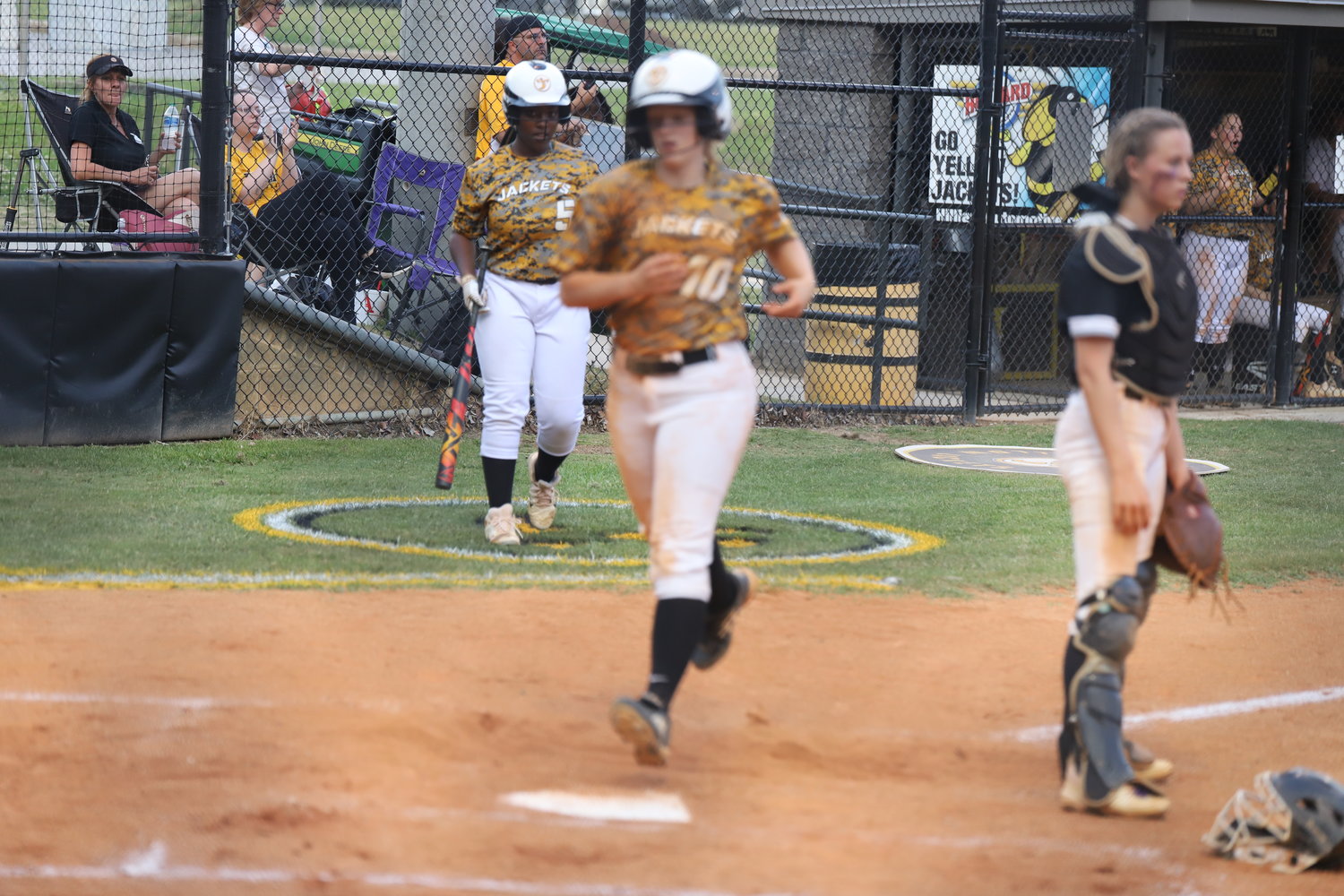 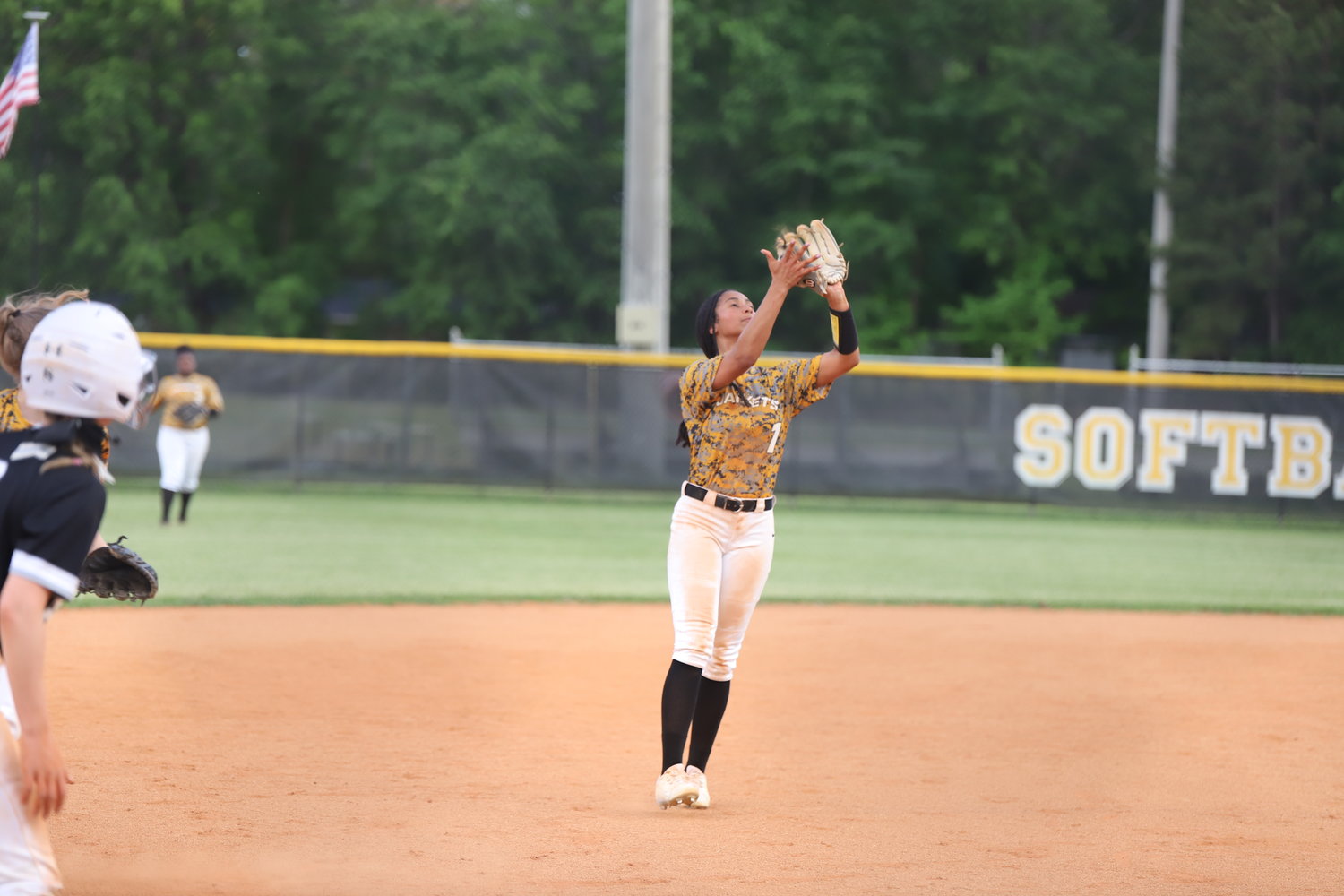 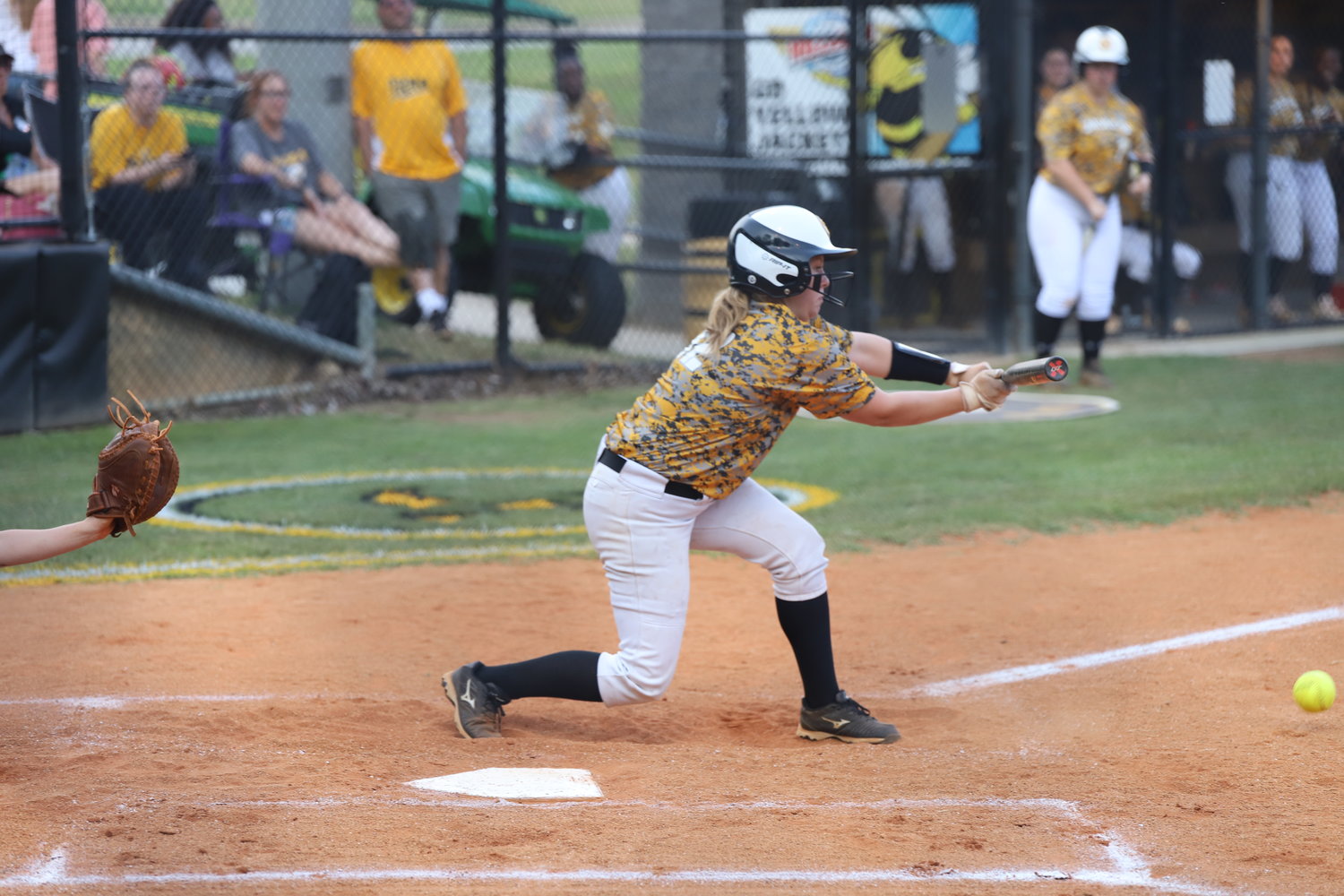 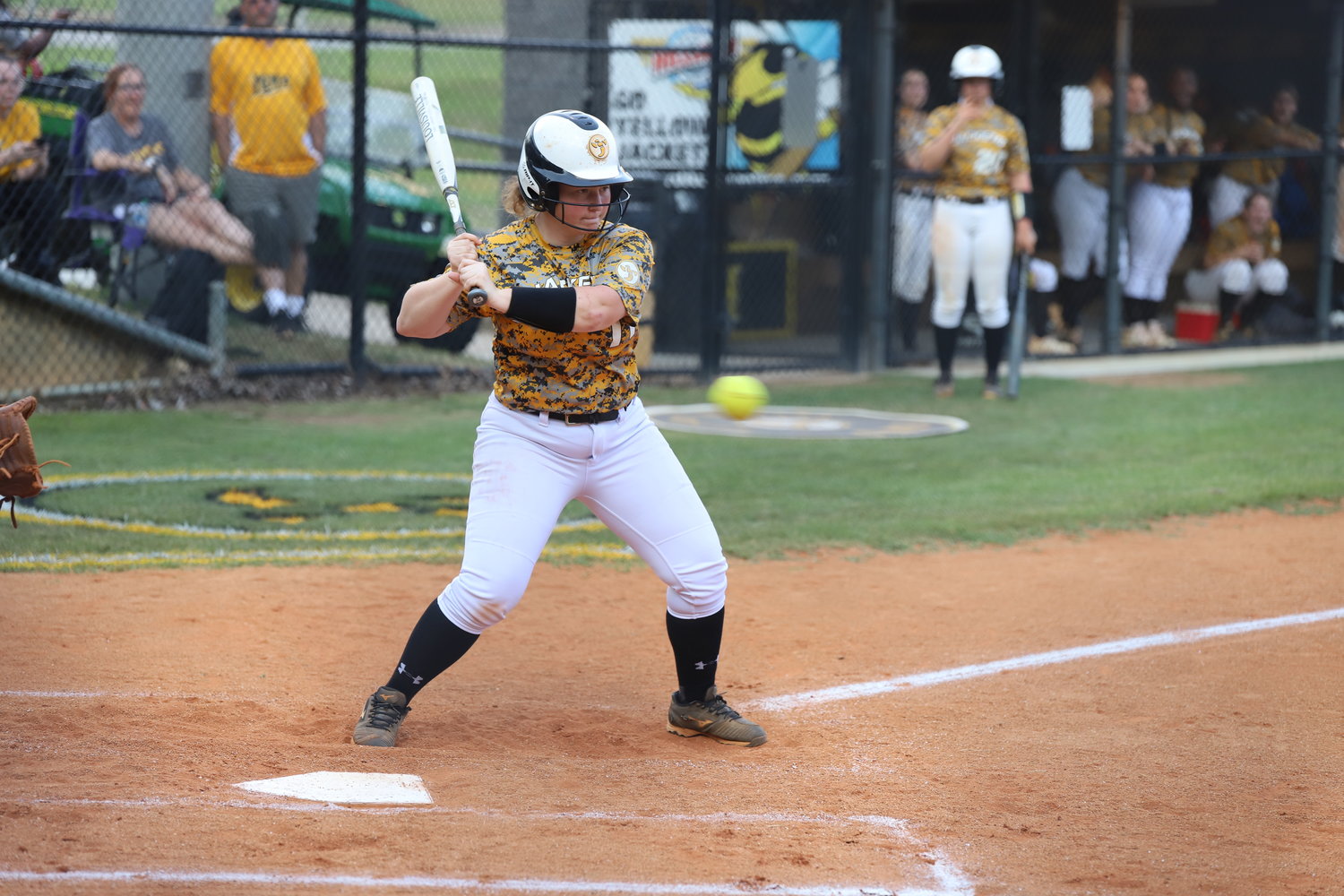 This season, the Lady Wildcats have been on a quest to return to the top.

A 20-2 regular season, a Region 5-5A championship, a number 14 national ranking and top seed in the Class 5A playoffs later, they are now one step closer to reaching that goal after defeating Sumter 6-0 Wednesday evening.

The Lady Wildcats started pitcher Riley Ford, who has a 13-2 record this season with 148 strikeouts. In three scoreless innings, Ford added a few more as the Wildcats defense helped her shut the Gamecocks down.

Mackenzie Mathis (5-0 season pitching record) took over and kept Sumter scoreless over the last four innings as the pair combined for 14 strikeouts in the no-hitter. The only Lady Gamecocks’ base runner came on a walk.

The Wildcats leapt onto the scoreboard early, notching a four-run first inning and batting through their entire rotation in the process. After Ford struck out the side for Sumter to start the game, Sarah Gordon led off the Wildcat offensive run with a base hit, then she stole two bases to get to third before scoring when Sam Craig hit a double on a dropped fly ball.

With the bases loaded and two outs, Mathis also doubled, sending in two more Wildcat runs. The inning ended 4-0 with Lexington in the lead after a wild pitch allowed another run to score.

The second inning started much like the first, with the Gamecocks going three up, three down; the final out came off of a throw across the infield from Madison Rogers at third over to Jessica Senn on first base.

For the bottom of the second, Lexington picked up another run when a triple from Ford scored Craig who reached on a two-out single.

Gordon’s line drive home run to center field in the fourth inning closed out the scoring.

The Lady Wildcats will play a second round playoff game at home this Friday against Cane Bay.

Marlena Perez went 2-3 with three RBI and a home run and struck out 14 batters.

Alexis Winters and Ali Cole both went 2-3 with an RBI to lead the Lady Timberwolves.

They will travel Friday to Summerville for a winner’s bracket game.

Ella Majchrzak went 3-4 with three RBI and Leah Cabe went 2-3, struck out nine and allowed just one hit as the Lady Eagles advanced in the Class 5A playoffs.

Aspen Mayers, Eason Davis. Reagan McMahon and Maddie McMillion all drove in runs for Chapin. Up next is a winner’s bracket game Friday at Berkeley.

The Lady Gators travel to Ashley Ridge Friday for an elimination game.

They had a 1-0 lead through the first two innings. After the Lady Cougars tied the game in the top of the third inning, Emily Johnson and Meuhere Lewis hit back-to-back RBI singles in the bottom half of the inning to put Irmo on top 3-1.

York erupted for seven runs in the top of the fifth inning. A three-run double by Becca Barton put the Lady Cougars ahead for good and she scored on a wild pitch to make it 5-3.

An RBI single by Peyton Brooks and two-run double by Avery Smith extended the lead to 8-3.

A RBI bunt single by Izzy Field and RBI single by Dakota Burns brought Irmo to within 8-5 in the bottom of the fifth inning. York put the game out of reach in the top of the seventh inning with a six-run rally.

Irmo will play host to Pickens Friday in an elimination game.

The Lady Eagles travel to May River Friday for an elimination game.

Taylor Dreher went 2-4 with five RBI, including a three-run homer, and Carley Melton and Ayden Leaphart both had two hits and two RBI to lead the Lady Indians.

Lakyn Swinford struck out four and allowed five hits in the win.

The Lady Bearcats travel to Lakewood Friday for an elimination game.

The Lady Tigers play host to Manning Friday in an elimination game.

The Lady Panthers will play host to Marion Friday in a winner’s bracket game.

Lacy Dubose had a go-ahead three-run double and Audreyona Rogers and Riley Bouknight both homered to lead the Lady Panthers.

Batesburg-Leesville travels to Crescent Friday for a winner’s bracket game.

The Lady War Eagles opened the Class 2A playoffs with a school historic effort at the plate.

Shields Green drove in two runs and Taylor Corley and Madison Knapper each had two hits and an RBI.

Corley struck out three and allowed one hit in four innings.

The Eagles will play host to Fort Dorchester in the third round of the Class 5A playoffs Friday.

The defending Class 3A champions will play Friday as host the winner of Thursday’s match between Hanahan and Georgetown.

The War Eagles will play host to Buford in the third round of the Class 2A playoffs Friday.

The quest for the first-ever state title match appearance ended Wednesday for the Gators in the Class 5A Lower State final.

They ended the season with a 18-2 record.

Hayden Hartzog went 2-3 with three RBI and Hunter Hartzog had a two-run double as the Raiders eliminated the Knights from the SCISA Class A playoffs.

Ben Singletary struck out five in five innings for Dorchester Academy, who will play host to St. John’s Christian Academy Friday in an elimination game.