Riley Ford strikes out 10 as Lexington softball remained perfect in Region 5-5A despite the absence of a key starter. 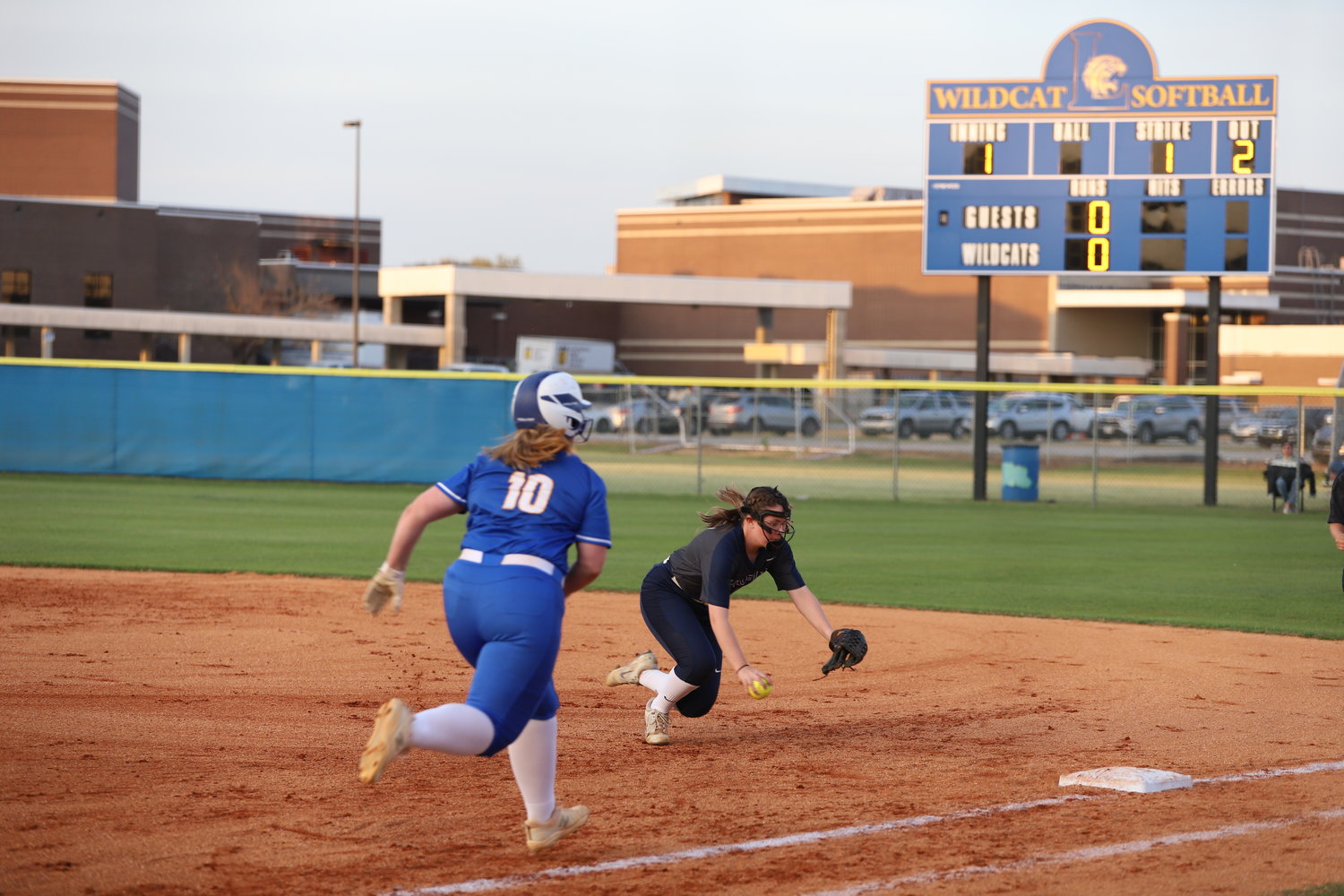 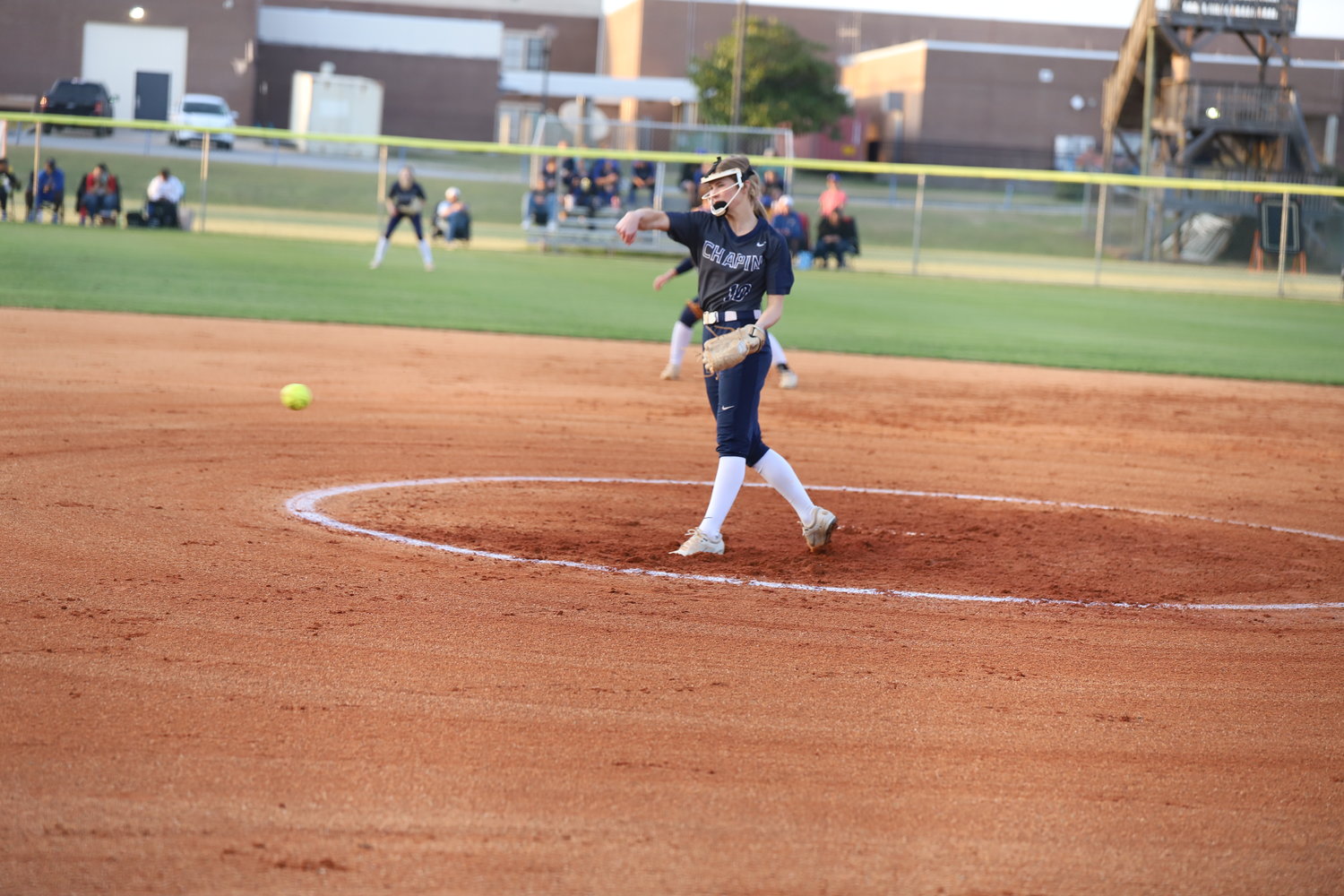 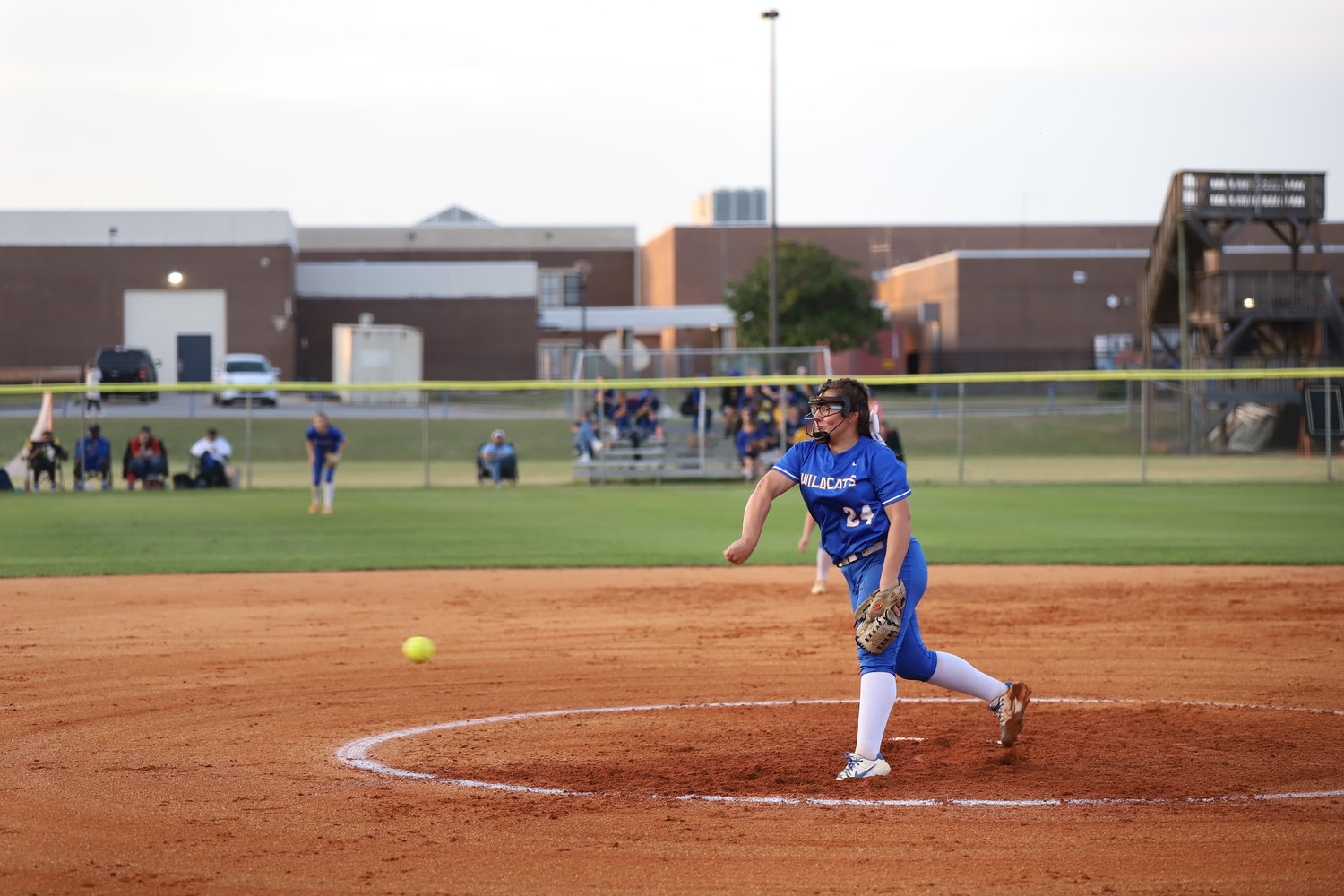 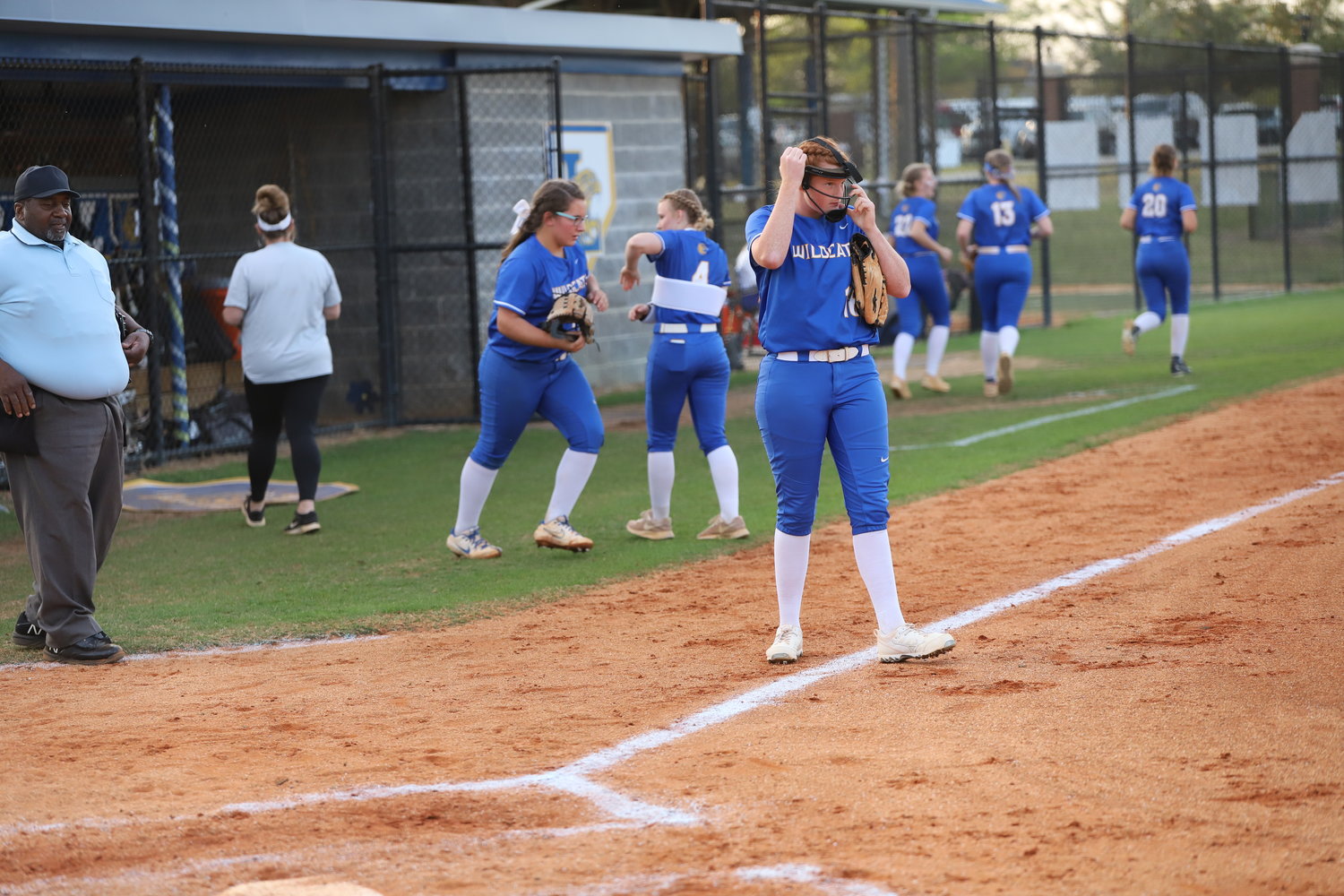 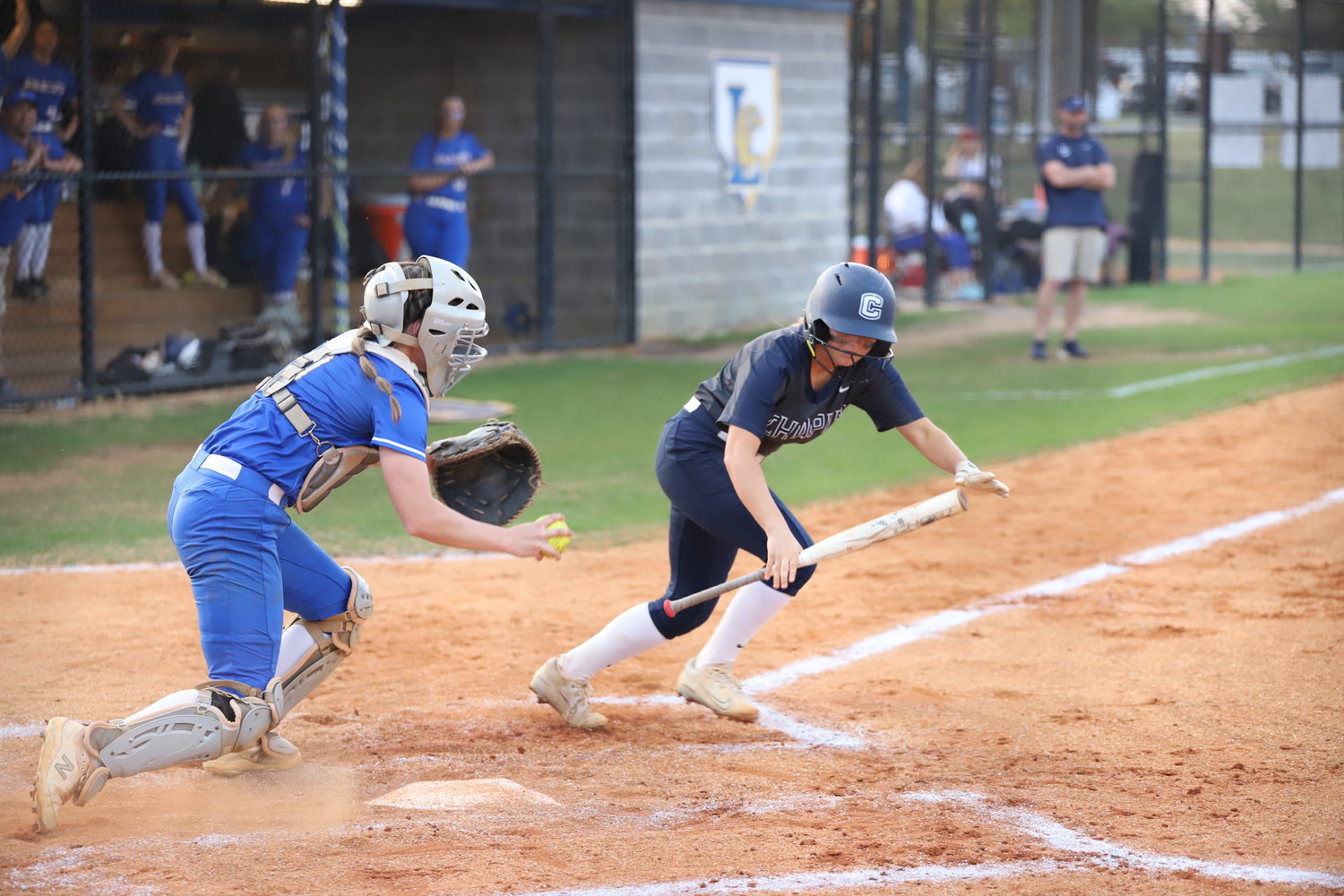 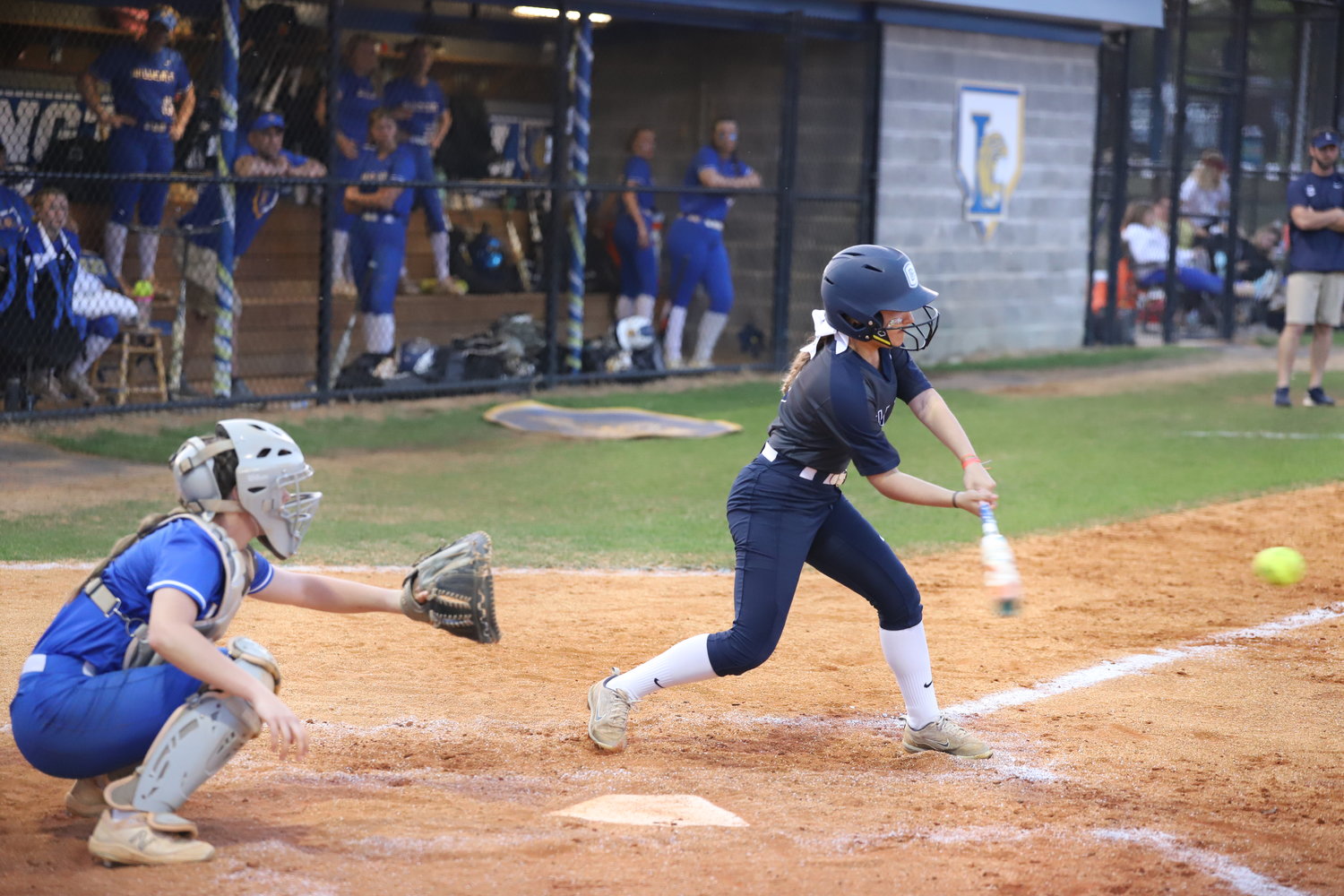 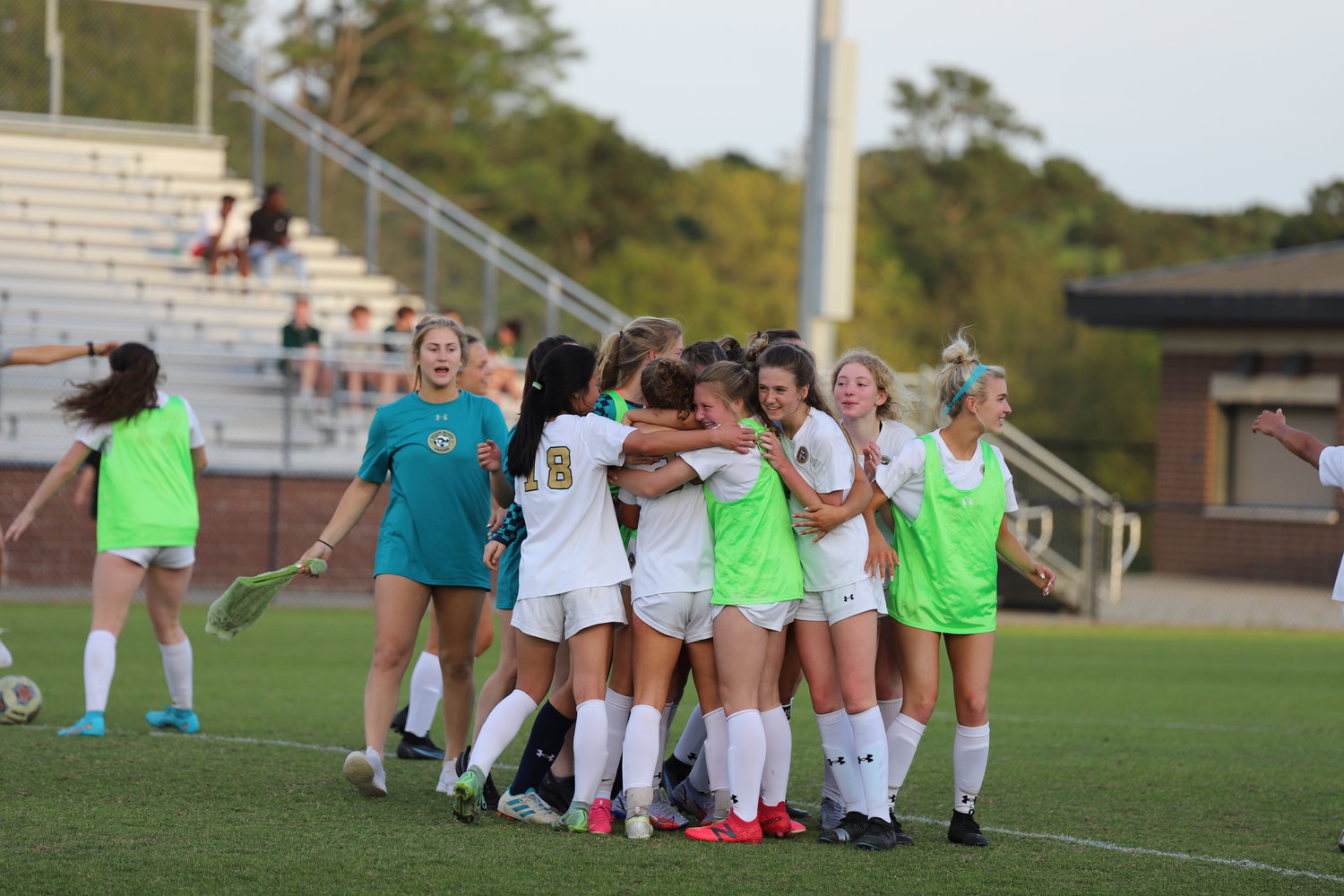 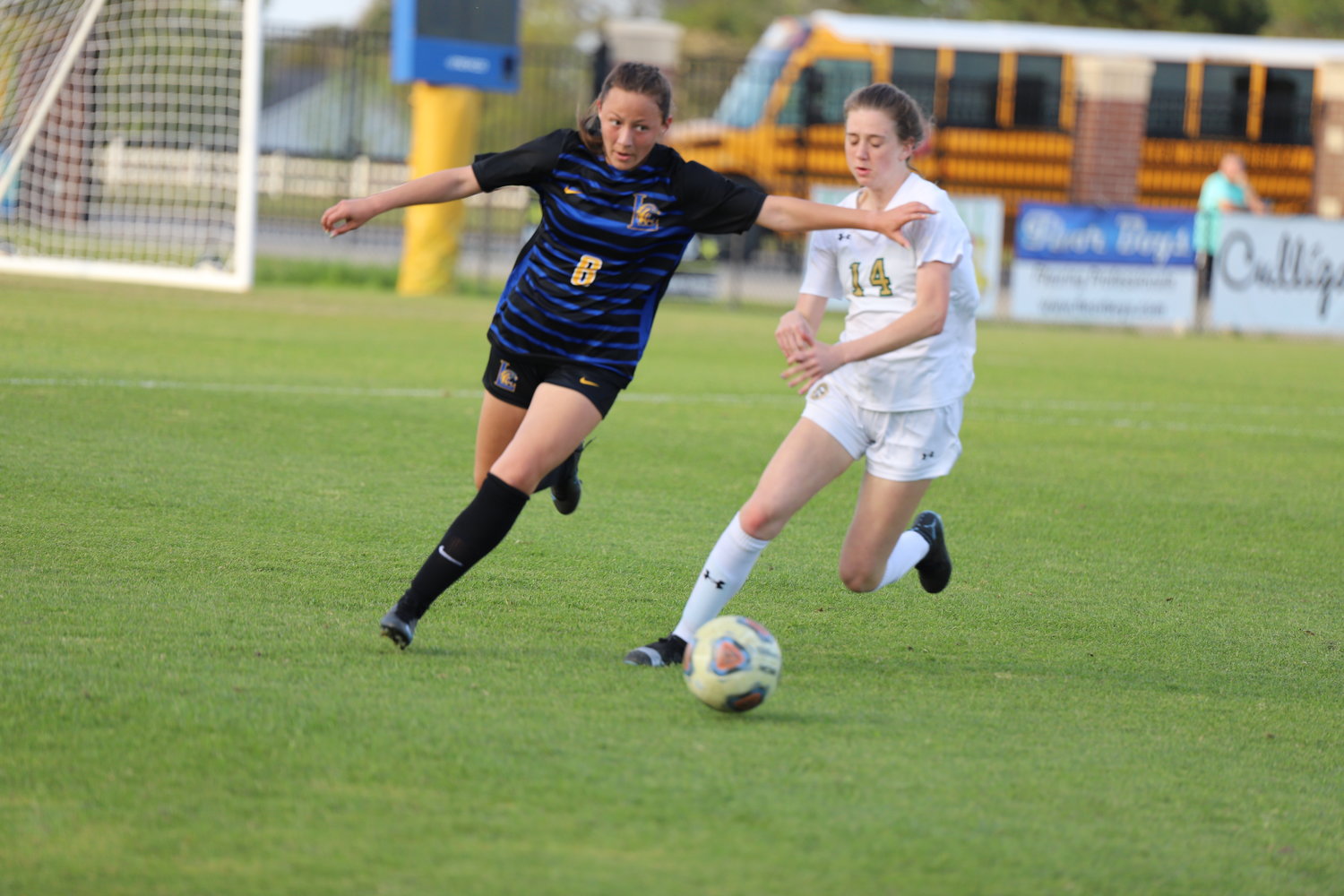 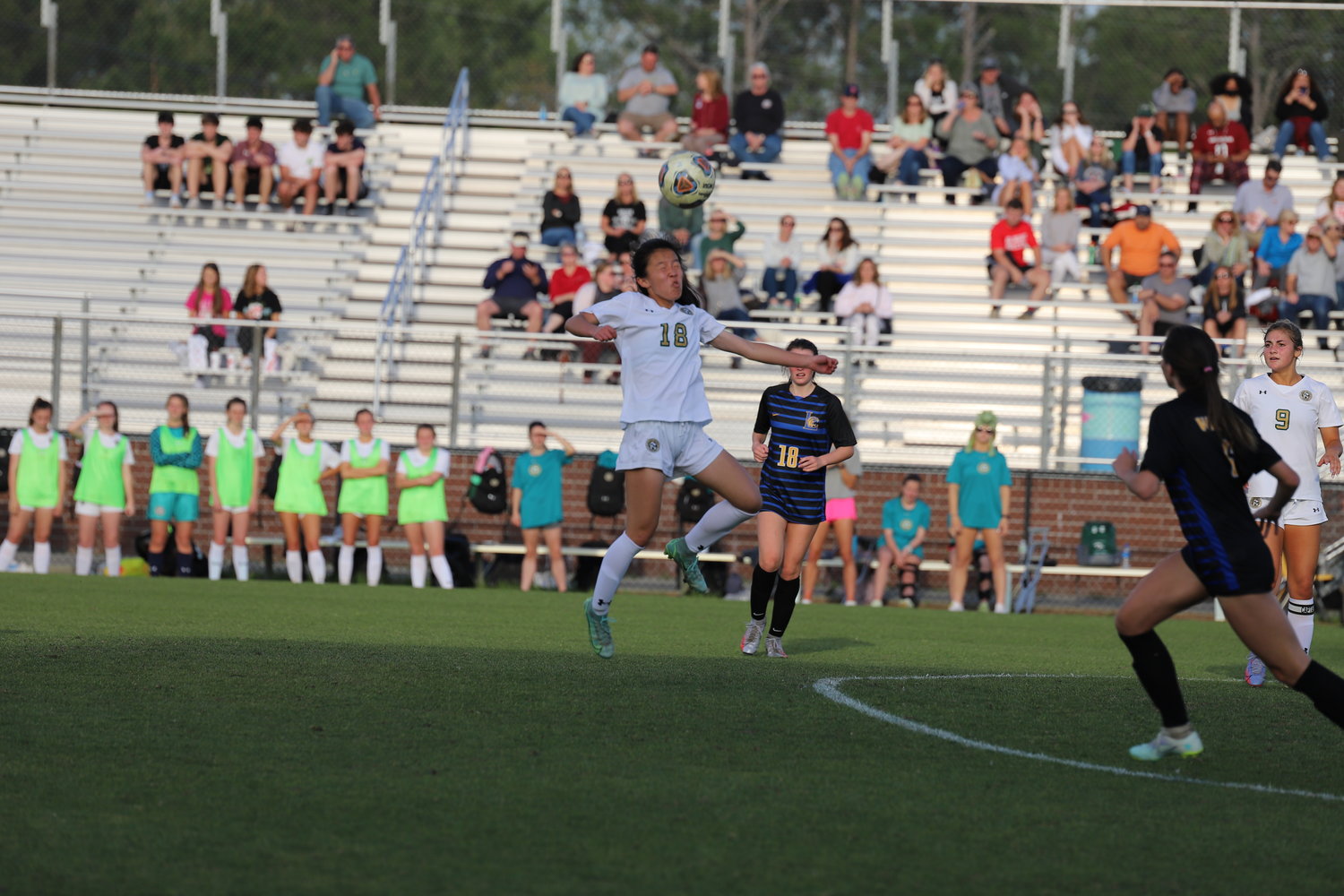 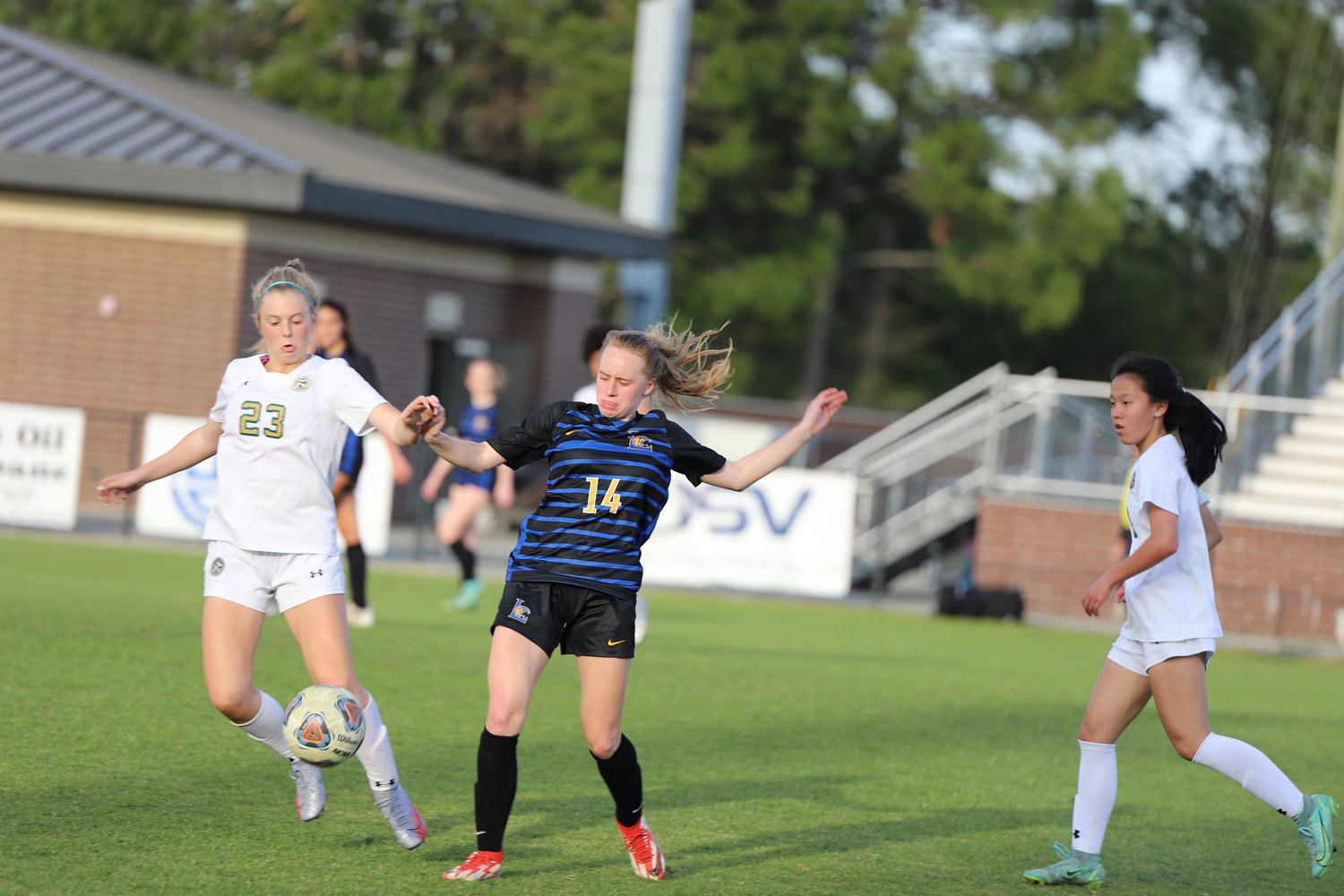 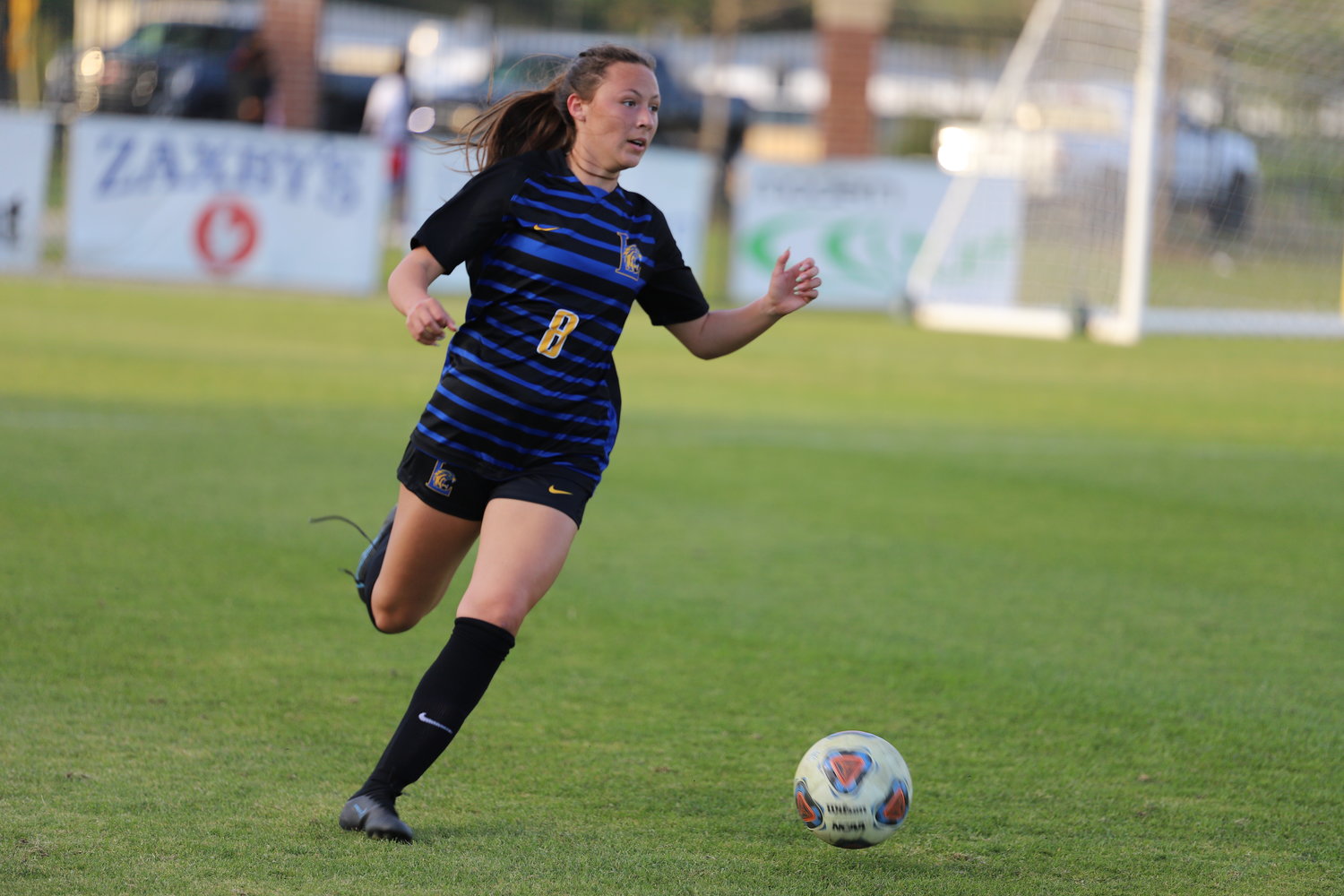 Next Lady Wildcat up

We're very fortunate to have a lot of talented girls on this team”
Lexington softball coach Laurie Epps
By Thomas Grant Jr. | thomas@lexingtonchronicle.com

Monday was "next man up" time for Lexington High School softball.
Coming off a busy weekend in which senior centerfielder Peri Rouillard suffered a dislocated right elbow, the Lady Wildcats closed out the first half of Region 5-5A play Monday at home against Chapin.
With a sling bandaged Rouillard on the sidelines providing support, Lexington came away with a 1-0 victory.
"This was huge to get this game in," Lexington head coach Laurie Epps said. "Obviously coming off the Aiken tournament, playing five games in two days, I knew it was going to be a challenge for us physicallty and mentally after what we went through this weekend. But, the girls showed up and we did what we needed to do to get the win. So that's what's important."
Riley Ford struck out 10 in what turned into a pitcher's duel with Chapin's Leah Cabe who struck out six.
Both pitchers allowed just two hits,with Ford playing a role in the game's lone run. After Sam Craig hit a leadoff single, Ford hit a grounder fielded by third baseman Andee Dirckes.
The throw to first base went errant, allowing Craig to race all the way to homeplate.
The Lady Eagles had a final scoring opportunity in their final at-bat. Dirckes belted a leadoff single on the 10th pitch of her at-bat and, after back-to-back lineouts, moved to second on an Alyssa Brulport's walk.
Ella Majchrzak flew out to centerfield to end the game.
Afterwards, Epps said they are awaiting further tests on Rouillard's arm to determine her status the rest of the season. In the meantime, Rouillard made it clear she will continue to support the team as the "best cheerleader" she can be.
"We're very fortunate to have a lot of talented girls on this team," she said. "We teach all season about 'next man up', be ready when your opportunity presents itself. So we just shifted some people up and had somebody step in. So we're going to take it one game at a time and whoever's performing, we're going to get them into the lineup."
Lexington will play host to River Bluff Thursday before Spring Break.

The Wildcats (9-4-1, 5-1) had more errors (4) than hits (3) in the non-region loss to the Cavaliers.
Dorman took a 3-0 lead in the top of the first. Adam Faucett scored off a throwing error and Mitch Wilson hit a two-run homer.
The Cavaliers added three more runs in the third inning. Lexington's lone run came on an RBI double by Landon Knight.
The two teams meet again Wednesday in Roebuck.

A six-run rally in the fourth inning held up for the Blue Devils as they handed the War Eagles their second loss of the season.
Brent Stukes had an RBI single and Gavin Creede an RBI sacrifice fly in the first inning for Gray Collegiate (15-2, 6-0). It next plays host to Eau Claire at 6 p.m. Tuesday.
Chapin 19, White Knoll 1 (5 innings)
Gary Wells drove in four runs, J.P. Hornick had a three-run homer and winning pitcher Foster Apple and Garrett Mitchell both had two RBI for the Eagles.
The two teams meet again Wednesday in Chapin.

The Gators improved to 12-1 overall, 5-0 in Region 5-5A and will play host to Dutch Fork Thursday.
Gilbert 5, Williston-Elko 1

For the second straight home game, the Wildcats were defeated in extra time in Region 5-5A.
River Bluff took a 1-0 lead in the first half on a goal by Matthew Rotola. The Wildcats answered with a goal in the second half and the score remained tied through the two, five-minute overtimes.
The Gators jumped out quickly to a lead on the penalty kicks as Lexington missed on three of its first four shots. The win earned River Bluff sole possession of second place in Region 5-5A behind Chapin.
Up next for the Gators (11-2, 4-1) is a home matchup with Nation Ford Thursday. Lexington (12-4, 2-3) travels to White Knoll Thursday.