For the past year, the owners and workers for the haunted attractions in the area have been sharpening their scares for the Halloween season. 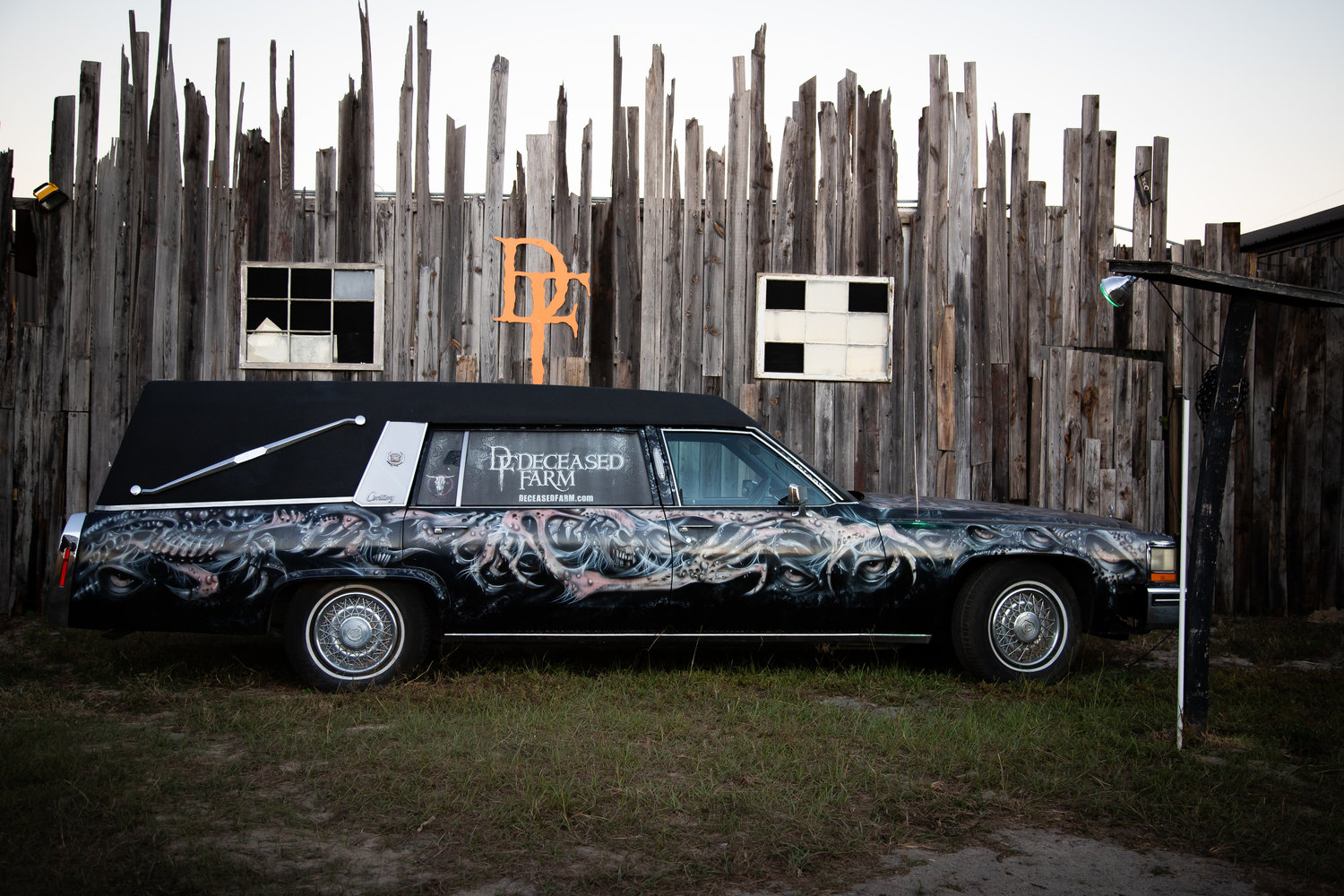 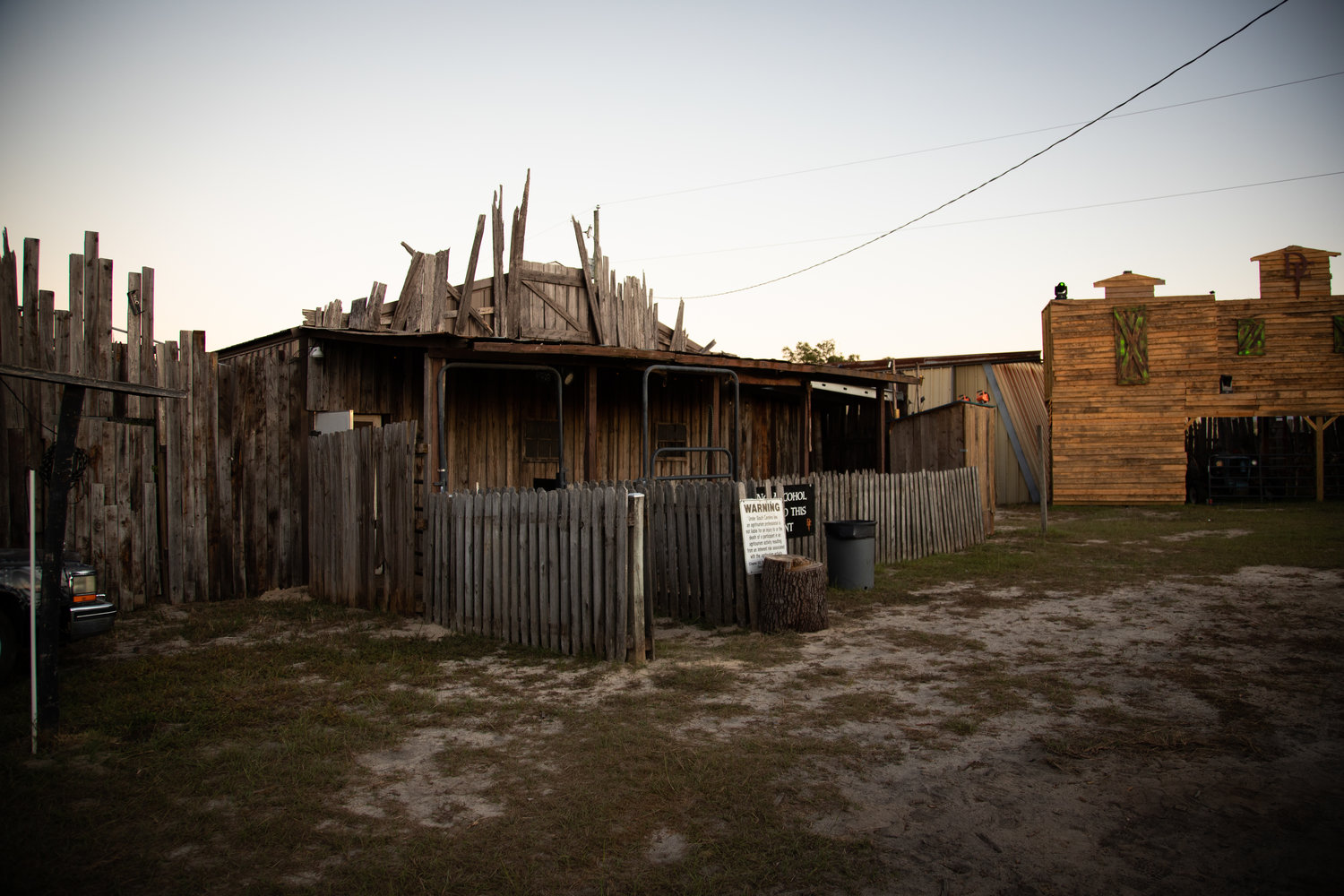 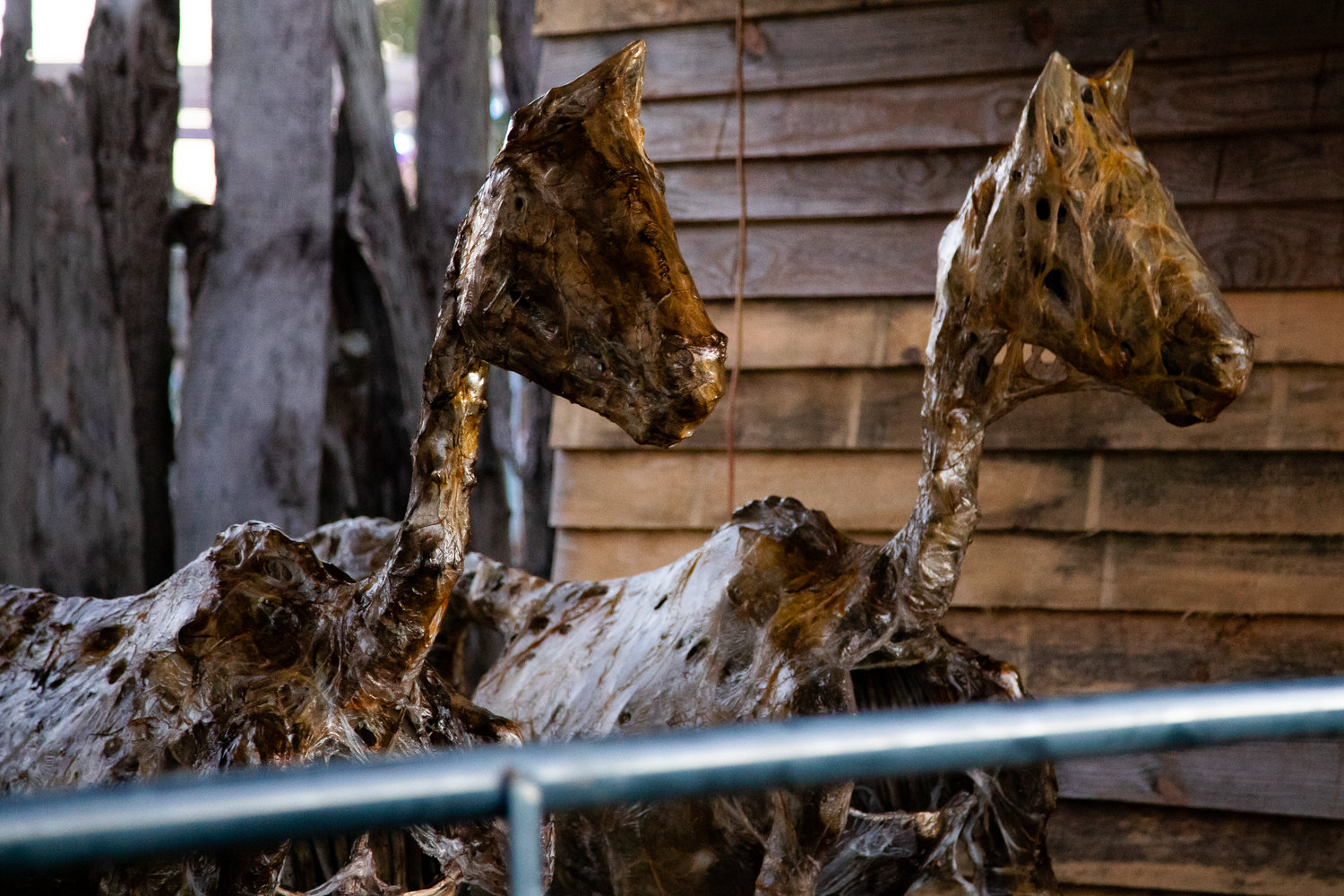 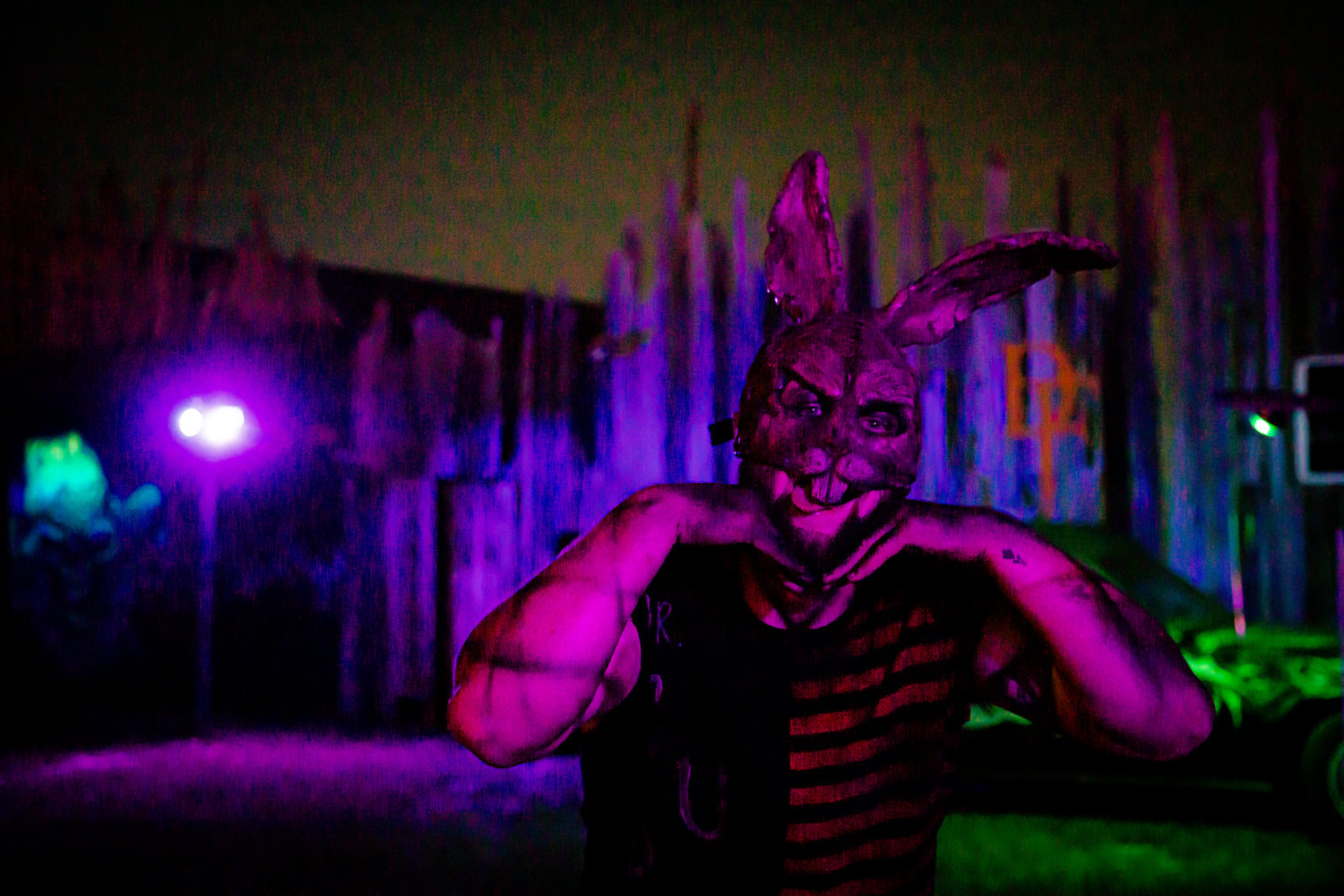 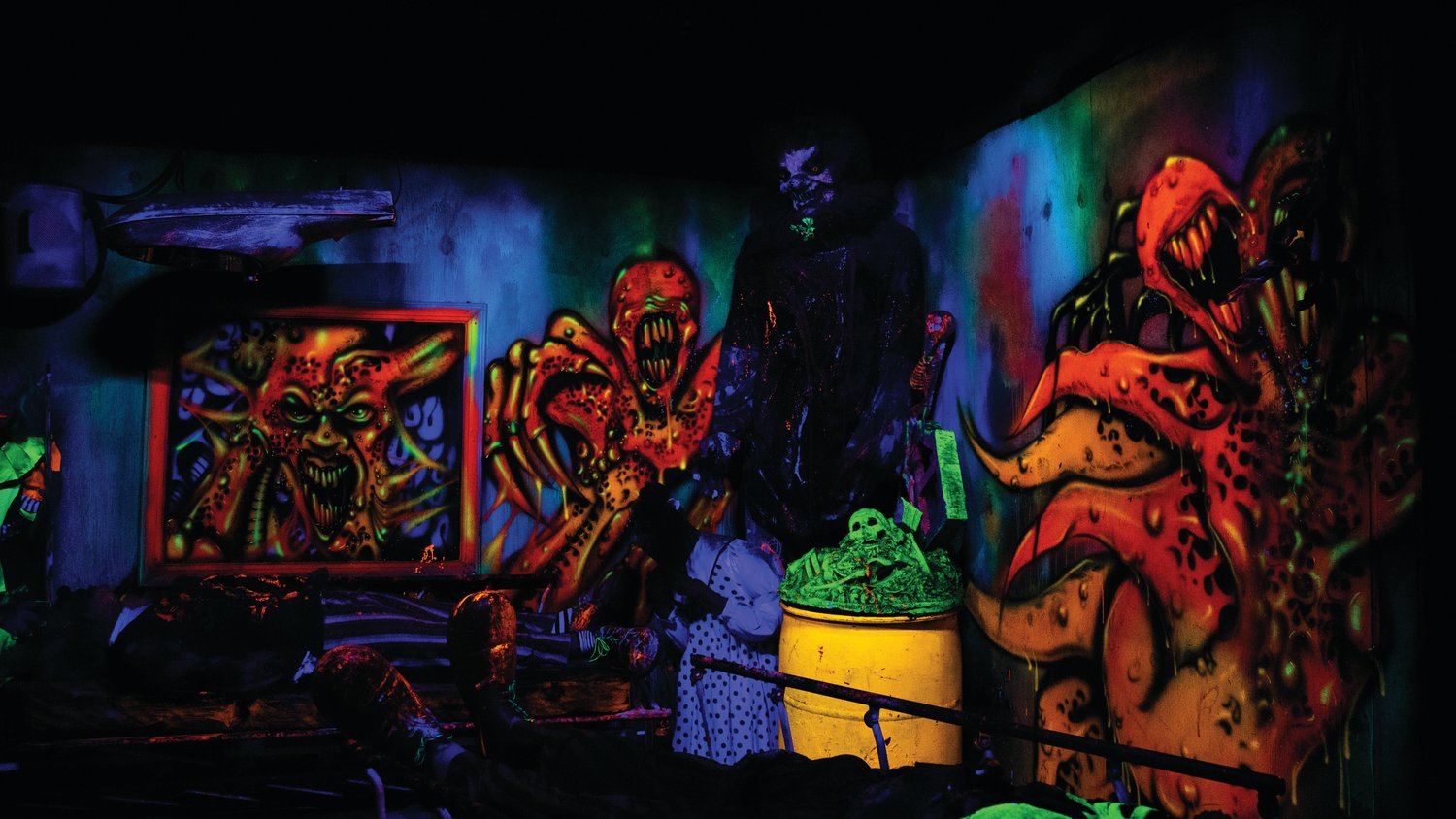 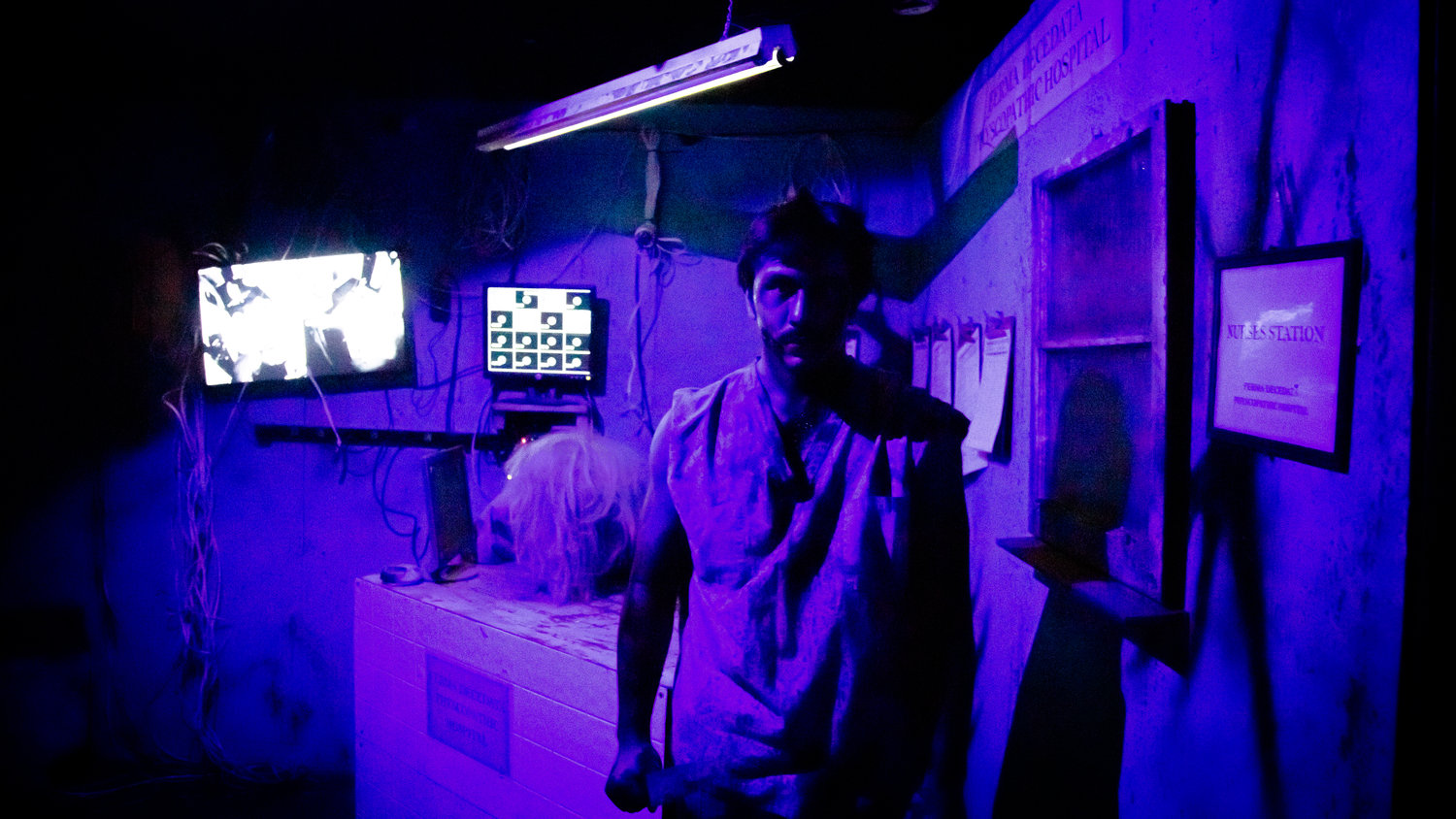 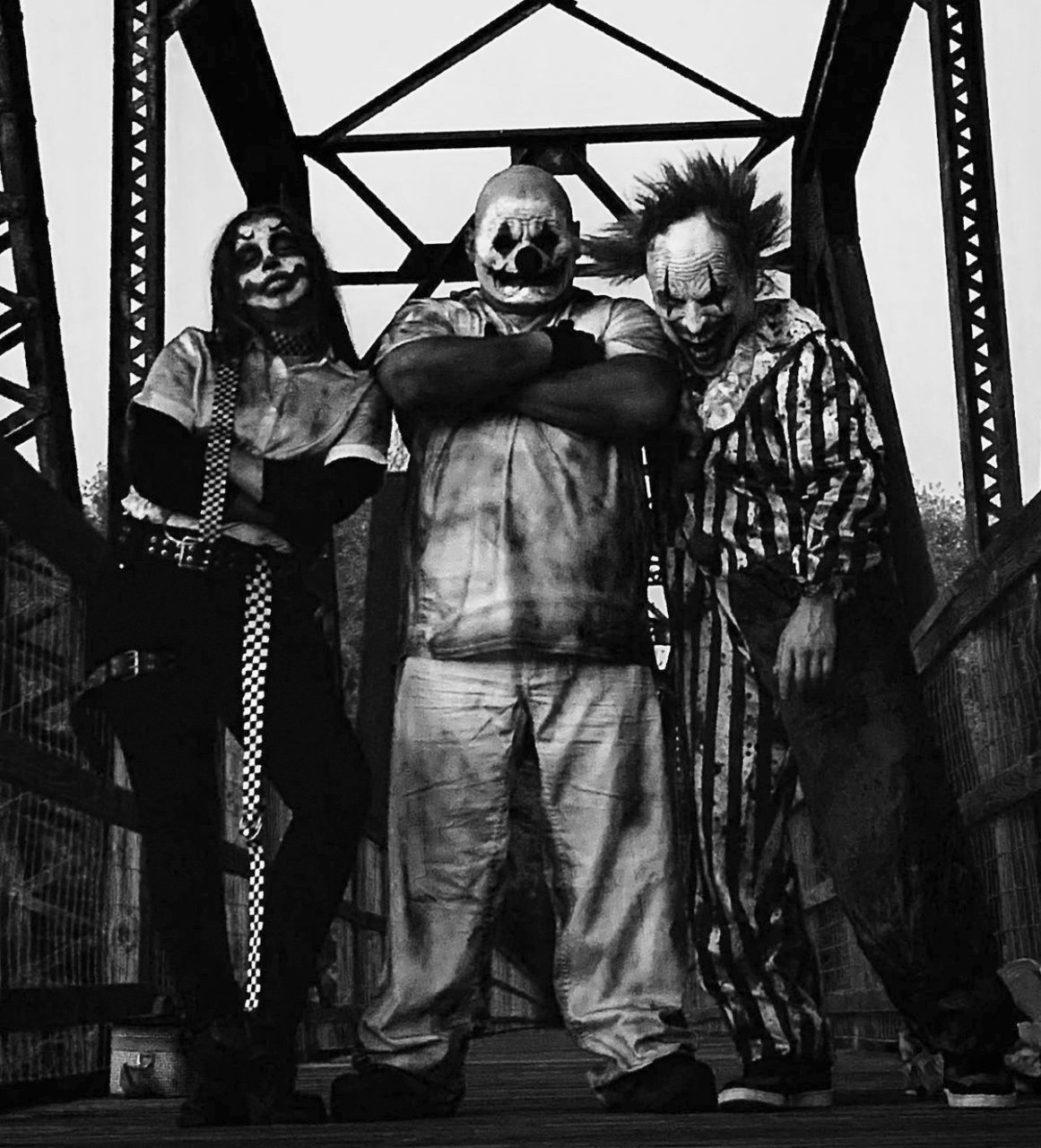 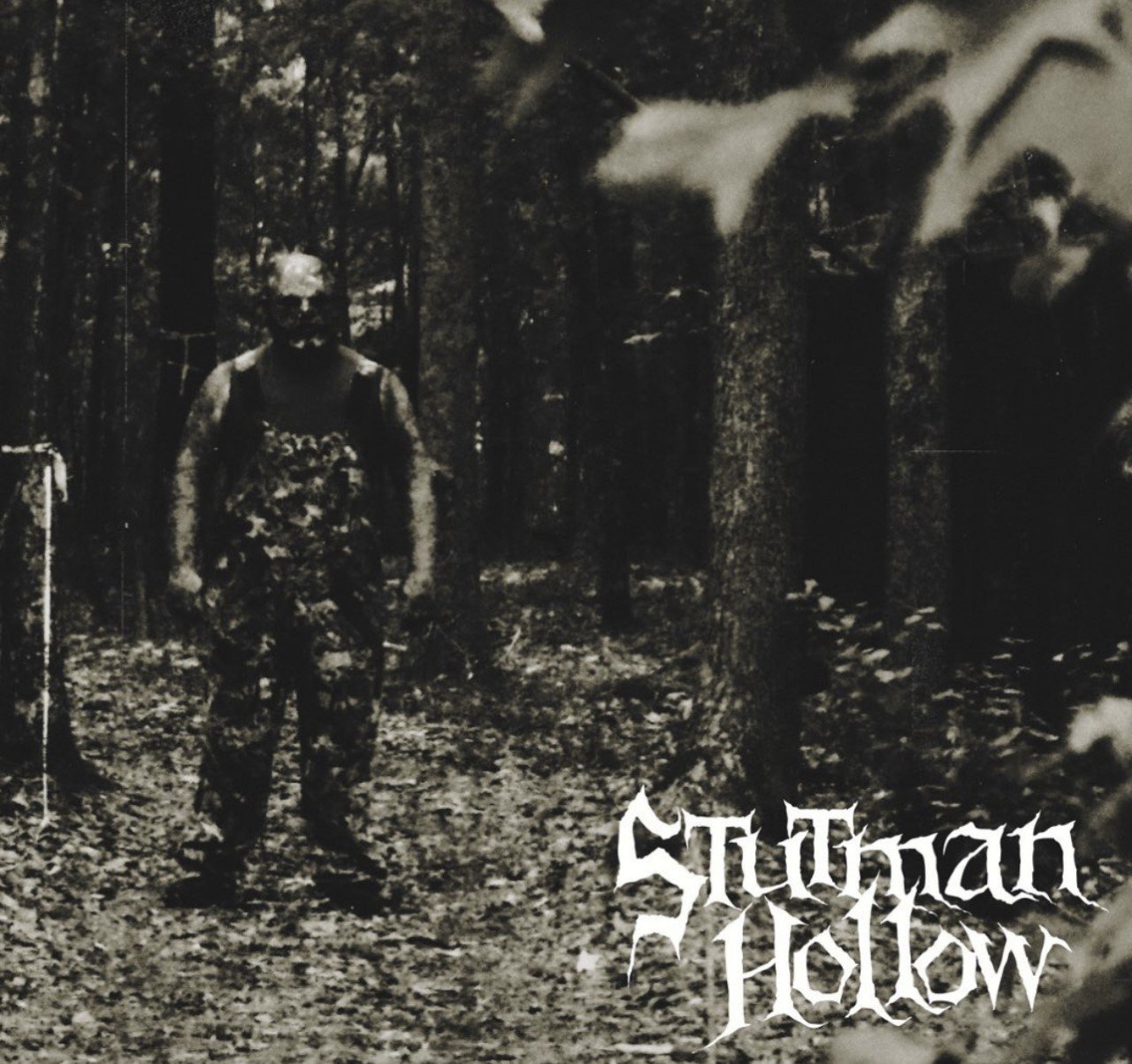 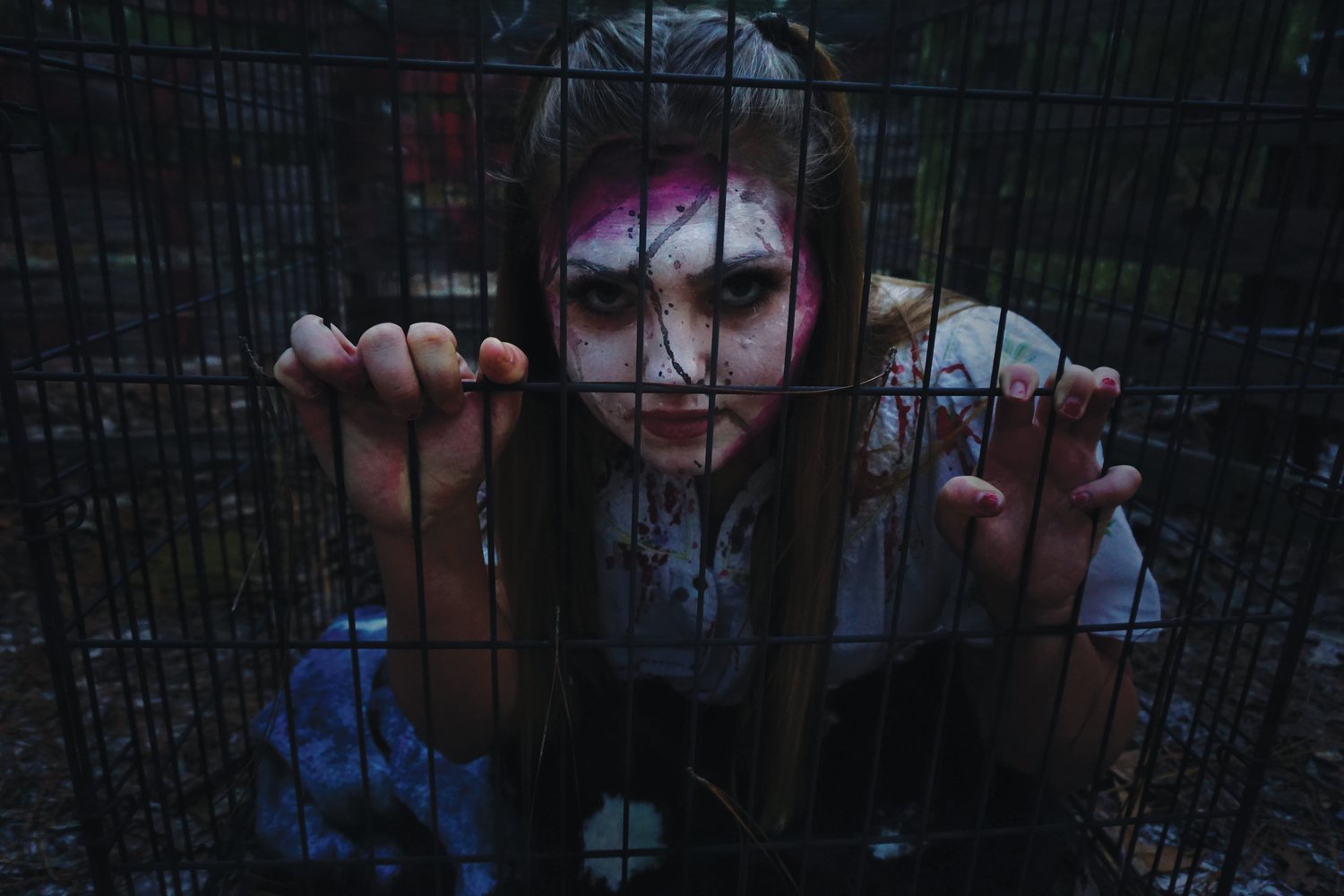 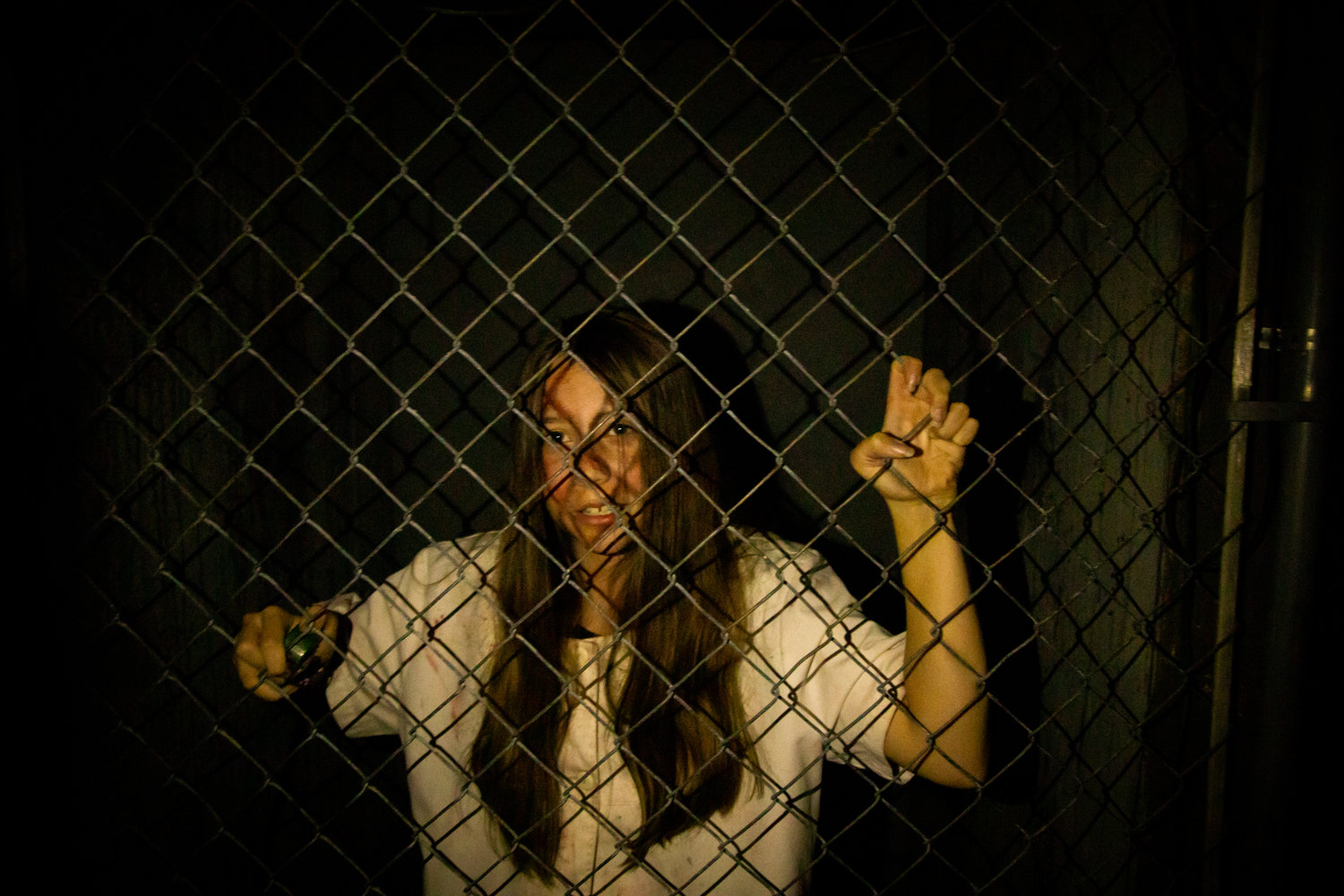 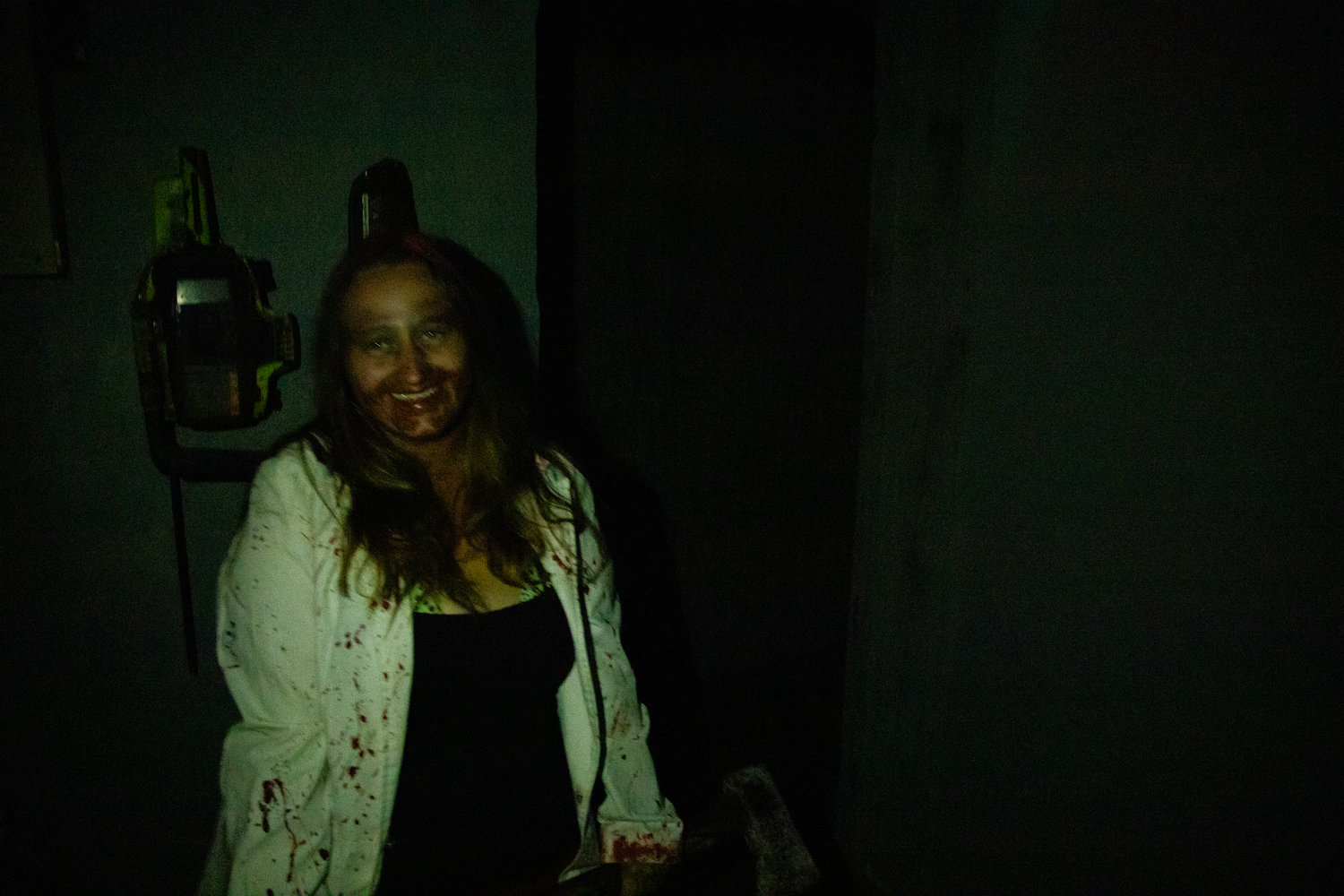 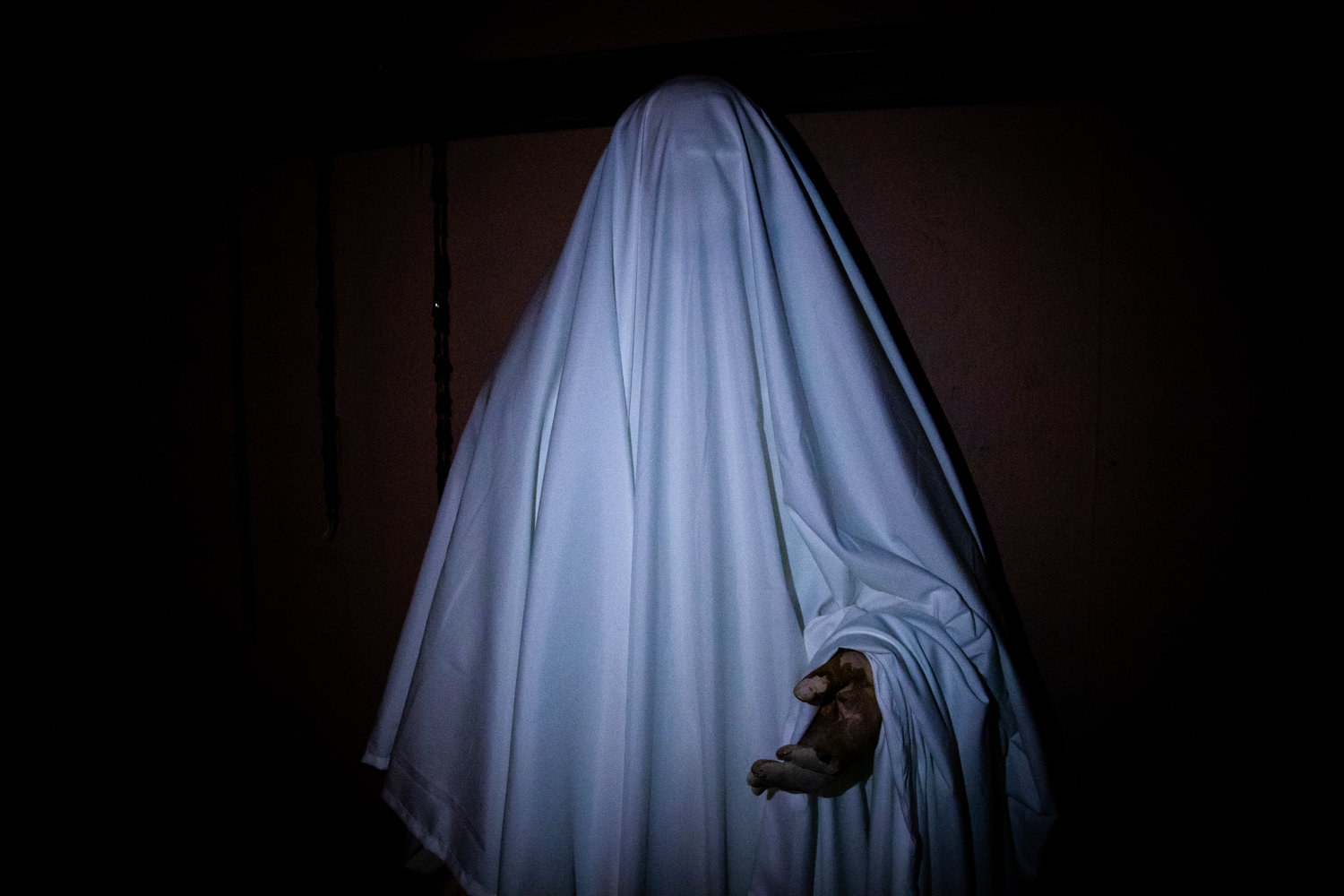 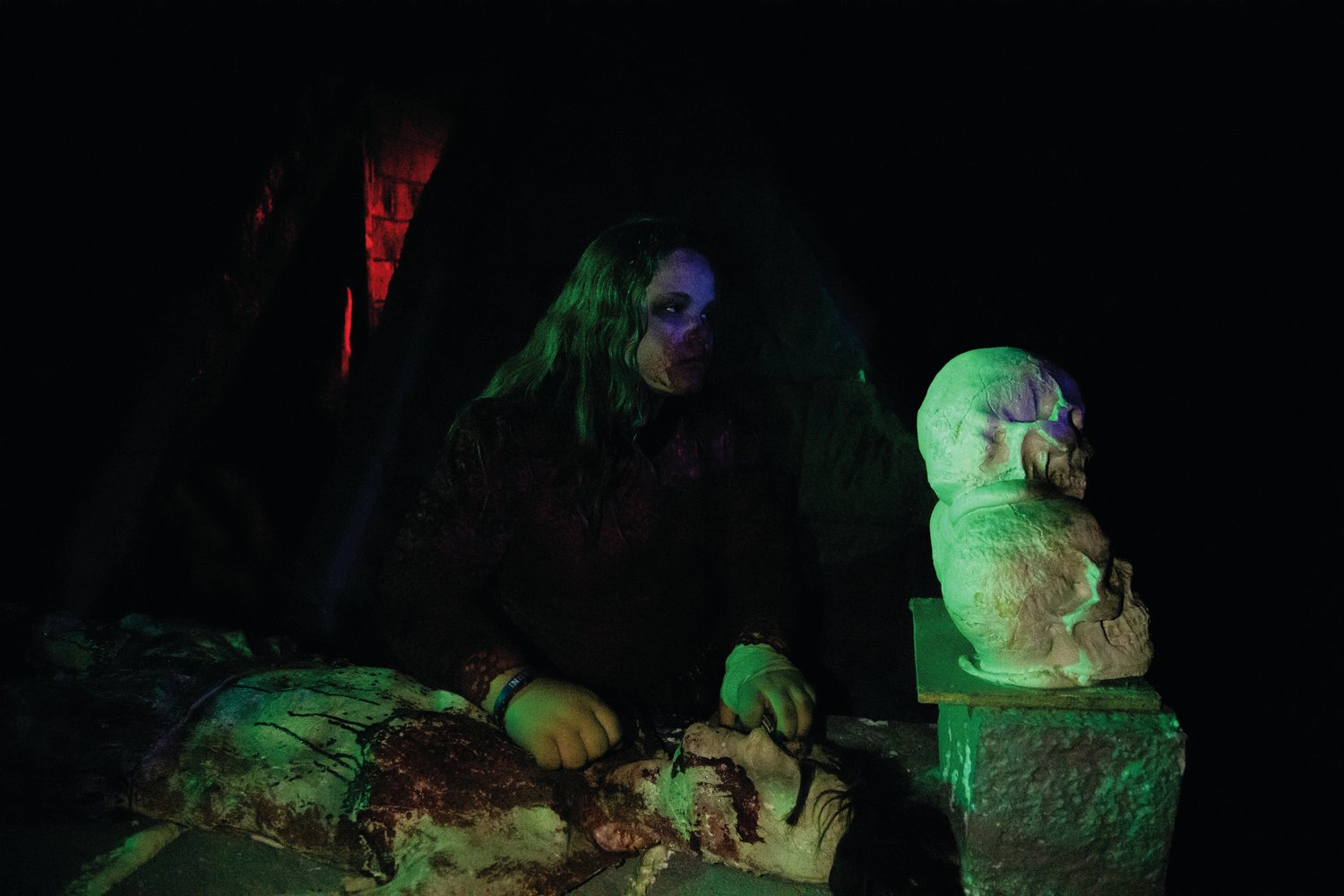 For the past year, the owners and workers for the haunted attractions in the area have been sharpening their scares for the Halloween season.

And while words like “community” and “family” aren’t automatically associated with the act of frightening people, they shape all four of the spooky Lexington County events with which the Chronicle spoke.

This is definitely true of Terror Falls.

Owner Mike Shelton’s sister runs Clayton Fear Farms in North Carolina. Shelton and his wife ended up helping out at his sister’s haunted attraction, which inspired them to create their own.

“I love watching people get scared, quite frankly, and having a good time,” Shelton said.

The attraction consists of four main areas: MeeMaw’s Bed and Breakfast is a house guest can walk through; Terror Trail is a scary outdoor trek; Carnival of Souls is a maze in a field of grass and corn that you try to escape; and Terror Falls Hospital is where the most deranged residents are kept.

The haunt bills itself as family-friendly – actors can’t touch any guests, alcohol is prohibited, and local law enforcement is on hand to maintain a safe and fun environment.

“We want people to get out here and make sure they feel like they had a really good time and they get scared,” Shelton said.

Terror Falls has an average of 42-45 paid workers each night, he said, more than half of which have been there since the beginning.

The creation of the attractions takes all year. Immediately after the Halloween season, the workers meet up and recap how the season went and the feedback received by guests. Then they brainstorm ideas for the upcoming season, building elements of the attraction throughout the year.

Shelton told the Chronicle that to gather inspiration, his family attends an annual haunt convention along with other haunts in the area.

Open four years, Sutman Hollow is the newest addition to Lexington County’s haunted attractions. Owner Randy Sanders started at a different haunted attraction and loved it so much that he branched off and created his own.

“It’s a very family-oriented place,” he said. “We really encourage families,  friends, couples, anyone to really come out and have a good evening and enjoy something that you really don’t get to see every day. You know, take some people out there [and] enjoy some foul things.”

Stutman Hollow is the only fully outdoor haunt in the county, and like Terror Falls, creating it takes all year. Throughout the intervening months, the team plans upgrades and builds the attraction for the fall.

“Every new year is a new favorite because you never know what’s going to happen,” Sanders said. “And then at the end of the year, it’s like, ‘Well look what we did and we really accomplished something as a team and as a family.”

Sanders said the number of workers and actors for the attraction varies, and the process of finding new actors also happens year-round.

Inspiration for the attraction comes from looking at other haunts, but Stutman Hollow also relies on customer feedback.

What are they looking for next year? What do they want to see more of or less of? Does the trail need to be longer or shorter? These are questions that Sanders said he and his team ask each other when planning.

“So we really go and show and we go look at other haunts. We do not copy other haunts but also there’s never been an original idea because you always have to put your own spin on it.” Sanders said.

Hall of Horrors has been scaring guests for more than 35 years, making it the longest-running attraction in the Midlands, according to a press release.

The haunt is run by the Cayce-West Columbia Junior Chamber, or Jaycees, a nonprofit that offers leadership training through community service. According to Joseph Berry, president of the S.C. Jaycees, this haunt is very much a passion project for members.

“They’ve developed this project. It’s kind of like their legacy project,” Berry said. “They kind of pull all hands on deck but have this huge show.”

All the money made from the attraction is given back to the community, including efforts like South Carolina’s Hope Camp for adults and children with intellectual difficulties.

The Jaycees gather a lot of their inspiration from pop culture and what scary things people are liking at the moment. They also gathered inspiration visiting Universal Studios’ Halloween Horror Nights.

This year’s theme, “Blood Reign,” is one members have wanted to do, but it didn’t feel right until now.

Once a theme has been decided, all members helping with the haunt are on the lookout for objects that can be used to decorate. Thrifting plays a major role.

“There’s a room in there that is themed as a restroom,” the Jaycees’ immediate past president Jimmy Wall said. “You start speaking into the universe, ‘I am looking for broken toilets.’ And sure enough, it was within the last week I drove down the road on the way here, a broken toilet [was] on the side of the road.”

The Jaycees hope to host three haunts in the coming year – one for Valentine’s Day, one for Halloween and one for Christmas.

Clinton Sease farms has been doing a corn maze since 2004, but about 11 years ago, people started asking for something scary.

Deceased Farms is a self-guided tour through three buildings full of props and live characters along with paths through two-acres worth of corn stalks.

Inspiration for the attraction comes from the haunted house community.

“The haunted house industry is [a] sharing family all over the country,” owner Carrie Sease said. “You just kind of share ideas all over with friends, and we work together … as a united haunted house.”

Many of the attraction’s 40-90 workers – the “farm family” as they’ve dubbed themselves – have been there since the beginning.

Prep for Deceased Farms, like the other haunts, is a year-round effort, with 18-20 helping ready the attraction and instituting changes.