It's an all-Lexington County final at the Forest Acre Classic at A.C. Flora High School. 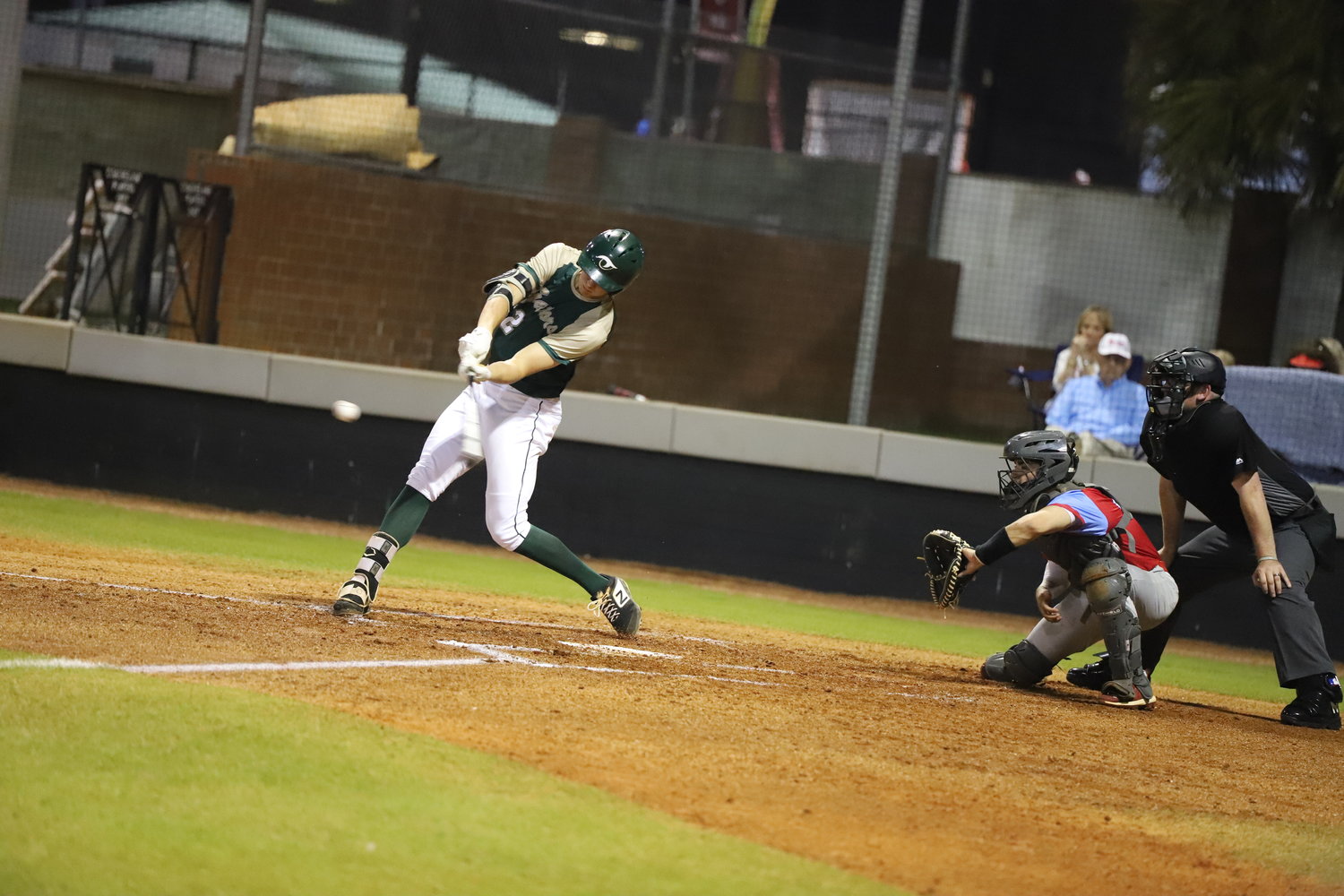 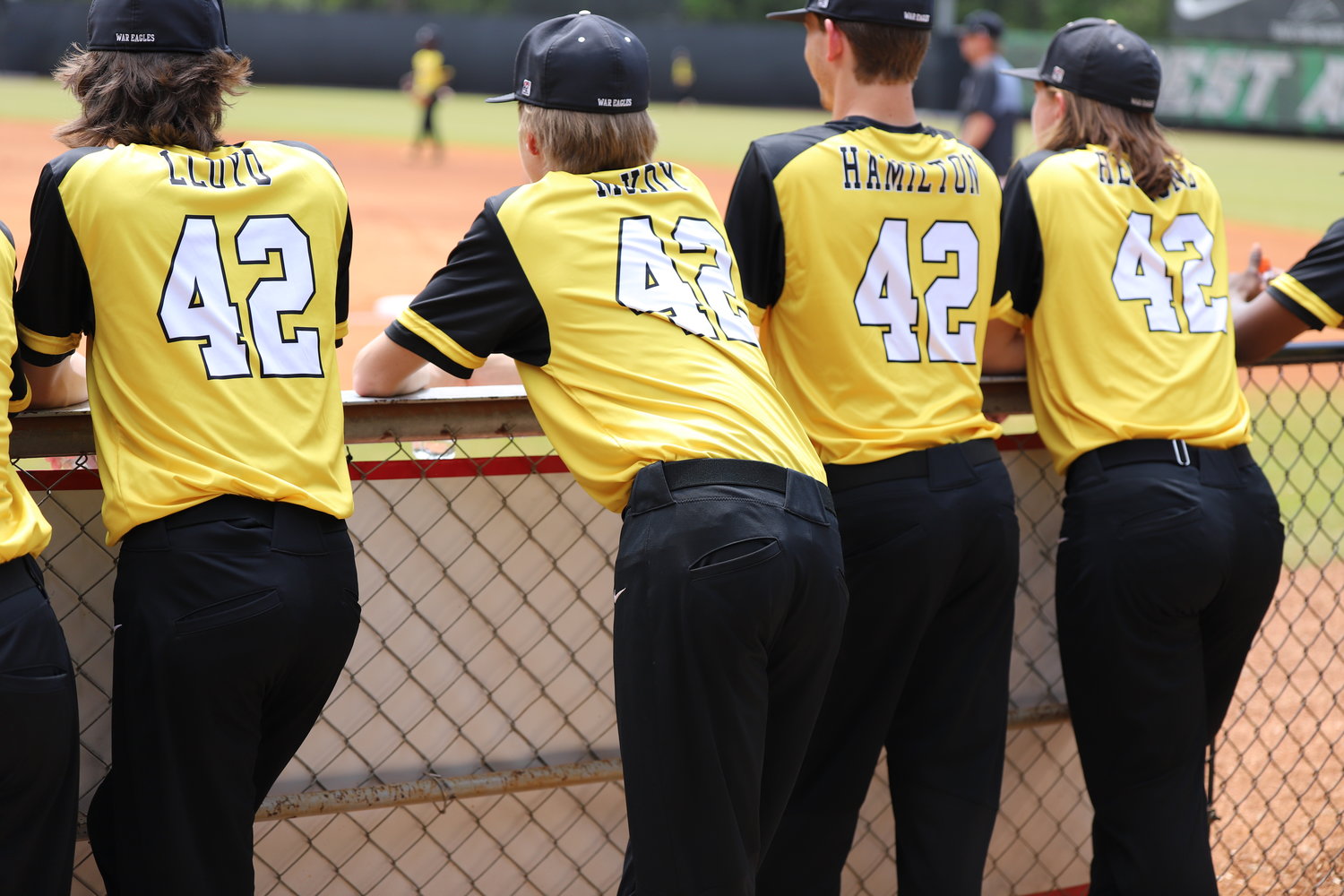 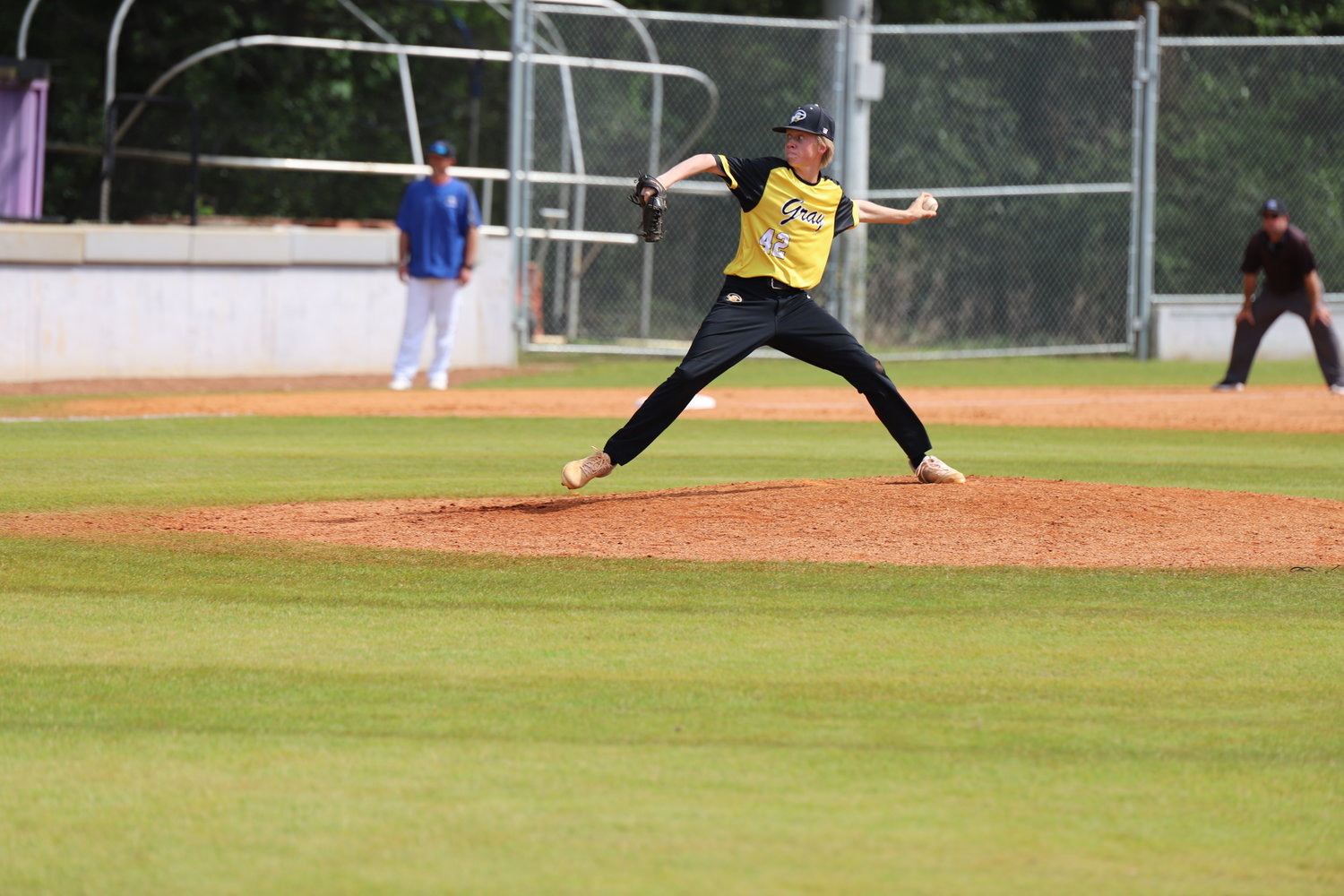 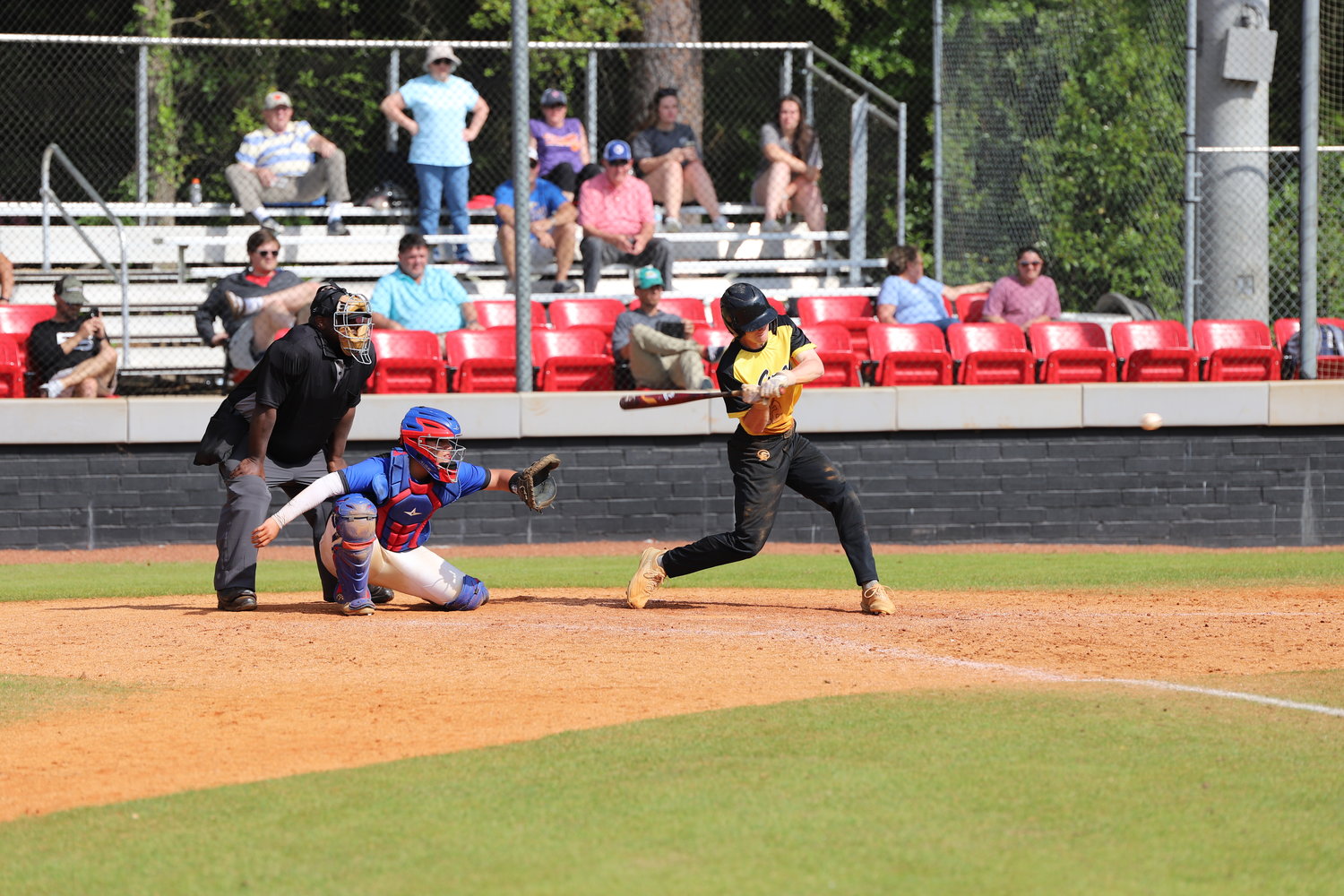 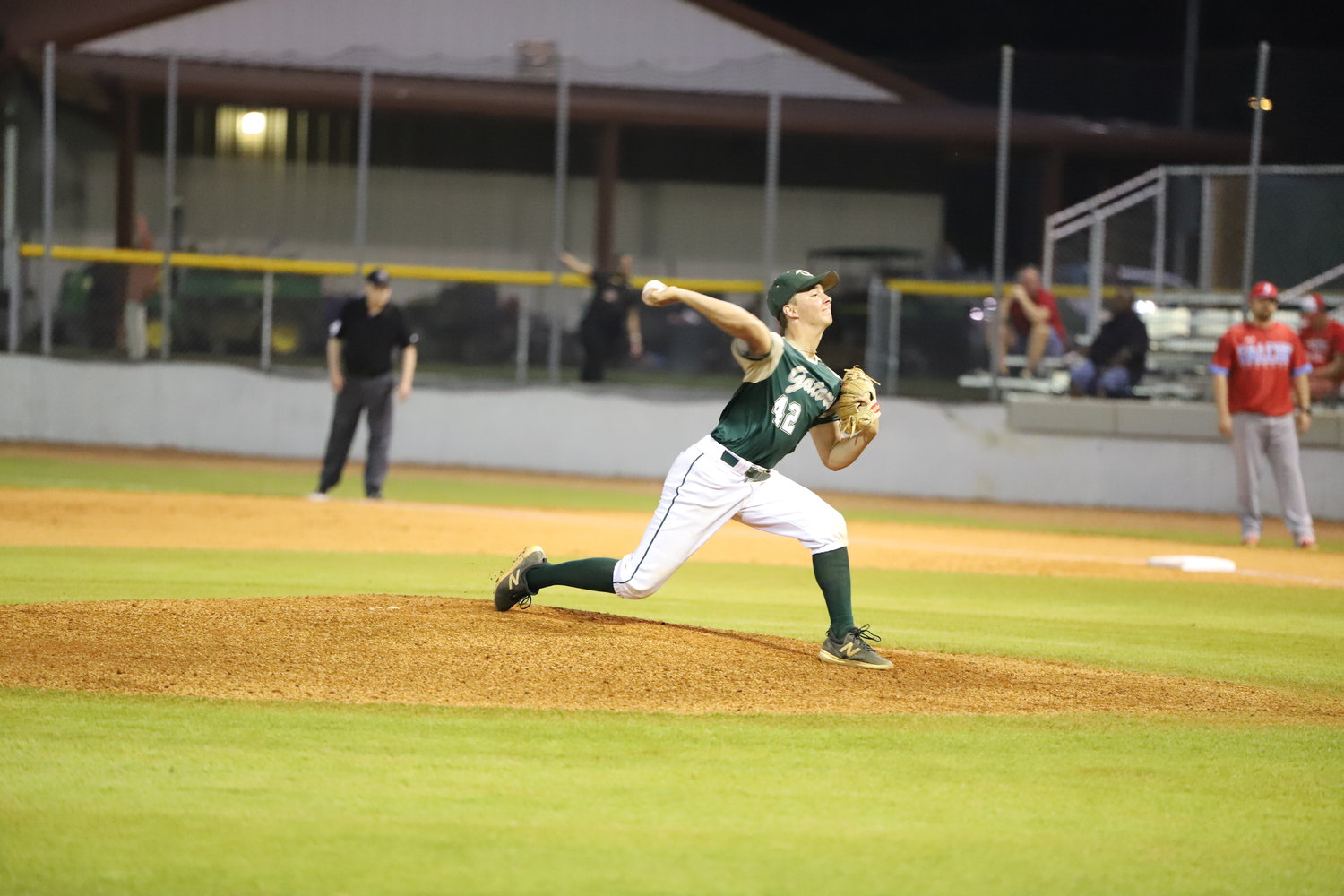 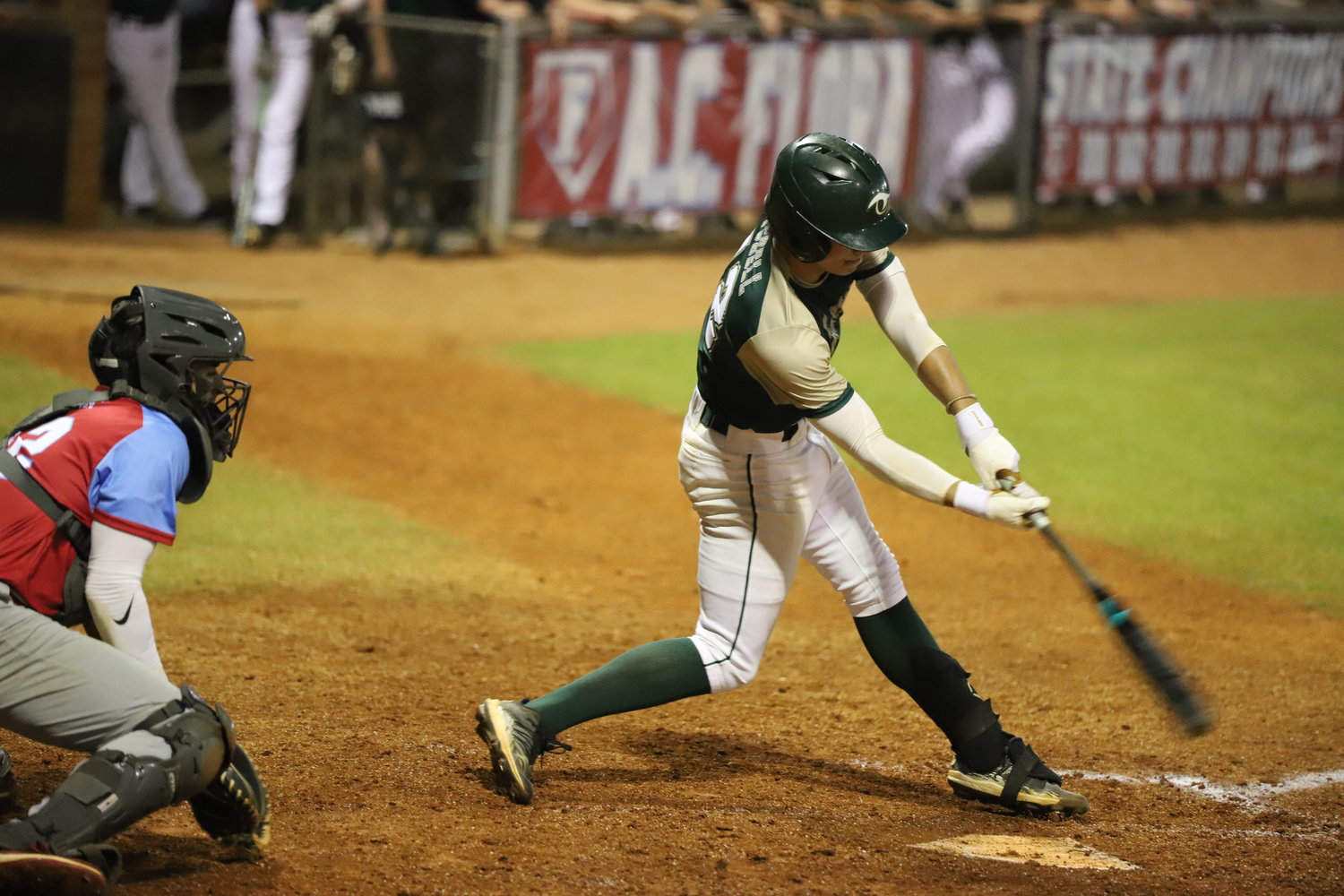 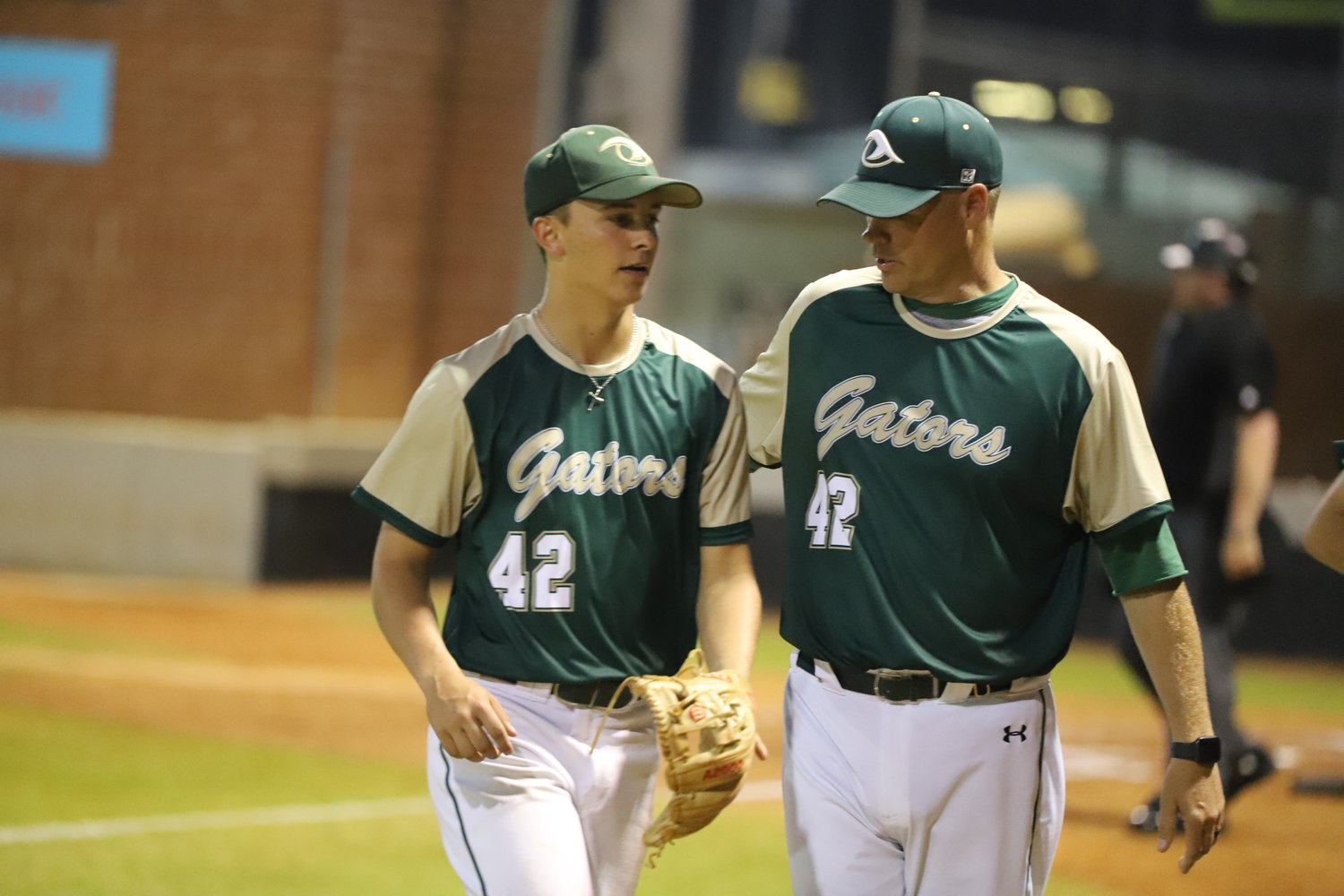 It's an all-Lexington County final at the Forest Acres Classic at A.C. Flora High School.
After three days, River Bluff and Gray Collegiate earned a berth in the 11 a.m. title game on Thursday.
The War Eagles had already clinched a spot prior to Wednesday's 7-2 loss to Eastside. They fell behind 3-0 in the game, all courtesy of a RBI single and two-run homer by University of North Carolina-Greensboro commit Brody Fowler.
Gray Collegiate finally scored in the sixth inning after a steal of homeplate by Brent Stukes. The Eagles responded with a four-run rally in the top of the seventh and held the War Eagles to just a RBI hit by pitch by pinch-hitter Bryce Williamson in the bottom half of the inning.
In the final game of Jackie Robinson Day, which saw all eight participating teams wear commemorative number 42 jerseys, defending tournament champion River Bluff shut out host team A.C. Flora 2-0.
A year after facing each other in the final, the Gators and Falcons looked reach this year's championship.
Zach Cowart threw a complete game, striking out nine and holding the Falcons to just four hits. With River Bluff already leading 1-0 after a first-inning RBI single by Todd Hudson, Cowart added an RBI double in the fifth inning.
A.C. Flora stranded four baserunners, including one in the seventh inning as Cowart closed out the game with back-to-back strikeouts. River Bluff has won eight of its last nine games.

The tournament final was a pitcher's duel between the Indians' Cooper Burkett and the Yellow Jackets' Connor Rasmussen.
Both starters matched each other on the mound with six scoreless innings and no walks issued between them. Entering the seventh, Burkett had allowed just six hits and struck out three while Rasmussen gave up just a first inning single to Dylan Massey and had two strikeouts.
With one out in the top of the seventh, Fort Mill broke through on the scoreboard. Scott Young reached on a one-out single and pinch-runner Zach Jennings stole second base.
Pinch-hitter Nick Krise came to the plate with two outs. Down 0-2 to Burkett, Krise singled to centerfield to score Jennings.
Gilbert looked to tie the game in the bottom half of the inning. With two outs, Jake Torbett hit a double and Ethan Etheredge entered the game as a pinch runner.
Hudson Scirra looked to duplicate Krise with a pinch-hit RBI hit. Instead, he flied out to leftfield to end the game.
The victory also gave Fort Mill head coach Travis Collier his 100th career win.

A five-run rally in the bottom of the sixth enabled the Timberwolves to close out the tournament at 2-1.
White Knoll led 2-0 in the bottom of the second inning. Robbie Murphy hit an RBI fielder's choice and Ty Bennett scored on a passed ball.
The Bulldogs scored four runs in the fourth and added a run in the top of the sixth.
Brayden McCrory and Robbie Murphy both had two RBI and Hayden Cushman went 2-3 to lead the Timberwolves.
Bennett opened the bottom half of the inning with a walk. After Levi Dunn reached on an error, Murphy singled to score Bennett.
After a sacrifice bunt by Henderson, Scott Taylor singled to load the bases. McCrory followed with a game-tying two-run single and Hayden Cushman's RBI put the Timberwolves up 6-5.
A two-out walk by Trey Gallegos loaded the bases again. Bennett then forced in a run after he was hit by a pitch. As Dunn was at bat, the game ended on a time limit.
Bryson Steele picked up the win for White Knoll, finishing with six strikeouts in six innings.

The Wildcats got a combined shutout effort from Brandon Cromer and Jake Smith for the win Thursday.
Cromer struck out seven and allowed just four hits in 3 2/3 innings. He had a 1-0 lead after Landon Knight scored after an error on a line drive hit by Braden Fournel.
Smith relieved Cromer with two outs and the bases loaded in the bottom of the fourth. He got the inning ending strikeout and retired nine of the last 10 batters of the game.
Caleb Warren provided insurance in the seventh inning with an RBI double.

A three-run rally in the bottom of the fifth lifted the Eagles to victory in their tournament opener.
Chapin led 4-0 in the bottom of the second inning following two-run singles by Jennings Greene and Caden Reeves. The Rams answered with a six-run fourth inning in which five players drove in at least a run with a single.
The bottom of the fifth began with Chapin starting pitcher Foster Apple getting hit by a pitch. Reeves followed with a two-run homer to centerfield to tie the game.
The Eagles loaded the bases and Maddox Floyd put them ahead with the RBI single.
Brock Reeves entered the game in relief and threw two scoreless innings for the victory.

Jayllel Fray's walkoff two-run single in the bottom of the seventh capped a comeback from seven runs down at one point for the Yellow Jackets.
The Bulldogs led 7-0 after four innings. Irmo began its comeback in the fifth inning as it loaded the bases and scored four straight runs off three outfield errors.
An RBI single by Fray made it 7-5. Camden got a run back in the top of the sixth on an RBI walk.
With one out in the bottom of the sixth, Elliott Graham singled and Carson Rivers drew a walk. Tate McCarthy scored both runners with an RBI double to make it 8-7.
After a two-out walk by Dylan Williams, Fray cleared the bases again with a double to centerfield to end the game.

Blake Palyok's walkoff home run in extra innings gave the sixth-ranked Region 5-4A champion Eagles the non-region victory.
RBI singles by Billy Elswick and Corbin Wright gave Airport a 2-0 lead after three innings. The Panthers got within 2-1 in the fifth off an error and the Eagles made it 3-1 in the bottom of the sixth.
Chapman scored twice in the top of the seventh and forced extra innings. After the Panthers failed to score in the top half of the eight, Palyok followed Wright's strikeout with a solo shot to centerfield to win the game.
Airport travels to South Aiken Thursday for its final region game.