SC Philharmonic Kicks Off Bar and Restaurant Series in Irmo 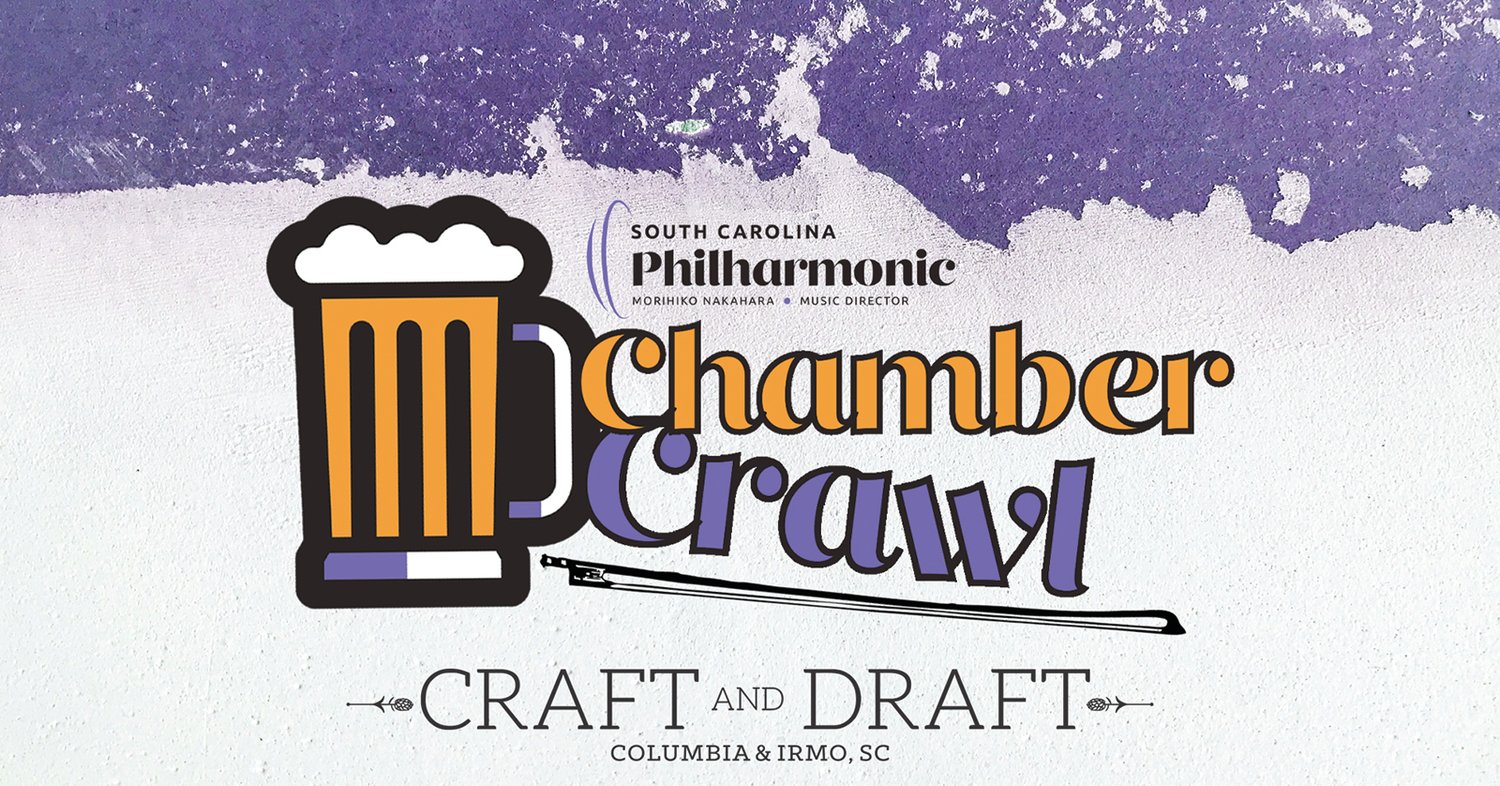 By Kevin Oliver
news@lexingtonchronicle.com
Let’s face it — classical music has a bit of an image problem when it comes to how it’s perceived in modern society.
To hear live classical performances, conventional wisdom says you must attend a formal concert in a recital hall or university auditorium, where such lofty compositions belong. The South Carolina Philharmonic wants to alter those perceptions not by changing the music, but switching up the venues where audiences can experience a quality classical music experience.
The South Carolina Philharmonic will present the inaugural performance of its new Chamber Crawl Series next week at Craft and Draft in Irmo. This concert features a string quartet including Philharmonic Concertmaster Mary Lee Taylor Kinosian on violin, second principal violinist Damir Horvat, Principal Viola Audrey Harris, and Philharmonic cellist Tzu-Ying Liao.
The new series and its kickoff at Irmo’s popular beer bar come as the orchestra continues the concerted push it began in its 2020-2021 season to bring classical music to nontraditional spaces. In Columbia, the Philharmonic has brought performances to Hunter-Gatherer’s airport hangar brewery space and the Hampton-Preston Mansion, among other places.
“I think they had a lot of success last year because they had to think outside of the box,” Philharmonic Marketing Director said of the efforts first necessitated by the COVID-19 pandemic making concerts at the orchestra’s regular venue, the University of South Carolina’s Koger Center, more difficult.
Compared to those previous efforts, the Chamber Crawl Series is both more focused and casts a wider net, zeroing in specifically on neighborhood bar and restaurant spaces while opening up the locations to Lexington County as well as more familiar Columbia spots.
“Music is universal in the way it connects with people,” said Susan Cafferty, the philharmonic’s education and community engagement director, is quoted in a release about the crawl. “This series is a great opportunity to make more connections with the music by bringing it to Midlands bars and restaurants that are craving new experiences for their community and customers.”
Henderson said it was also important for the Philharmonic to get outside of the city limits and to connect with people who might feel classical music isn’t very approachable.
“We thought it was like a great way to kind of make it accessible, keep the ticket price low, unbutton it a little bit,” he said. “We’re always trying to fight that perception that maybe live orchestral music’s not for you because you think it’s a tux-ed event that is [always] a high dollar ticket.”
It’s also another way for the Philharmonic to support its musicians.
“It’s another opportunity for us to employ musicians and put money in artists’ pockets,” Henderson said. “The more we create those, the happier we are.”
Jordan Lawrence contributed to this story.