Stupid is as stupid does

You may remember Forrest Gump as slow but never stupid.

Forrest popularized the well-known phrase “Stupid is as stupid does.”

“I do stupid stuff every day,” says our friend Jim …

Stupid is as stupid does 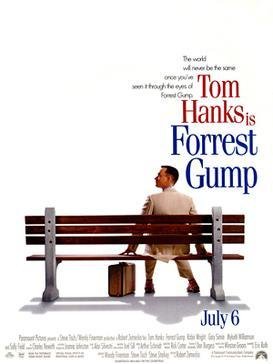 You may remember Forrest Gump as slow but never stupid.
Forrest popularized the well-known phrase “Stupid is as stupid does.”
“I do stupid stuff every day,” says our friend Jim Howard. “I just don’t know it’s stupid until I do it.”
Reader Tim Houghtaling passed along the 5 Universal Laws of Human Stupidity from a professor of economic history at the University of California, Berkeley.
Stupid people, Carlo Cipolla explained, are abundant, irrational and cause problems without apparent benefit to anyone.
There are no defenses against stupidity, he argued. The only way a society can avoid being crushed by the burden of its idiots is if the non-stupid work even harder to offset the losses of their stupid brethren.
• Law 1: We under-estimate the number of stupid people. No matter how many you suspect, you are low-balling the total.
This problem is compounded by assumptions that people are intelligent due to their jobs or education. Think bureaucrats with masters degrees. Many are stupid.
• Law 2: Stupidity afflicts all genders, races, nationalities, educations and incomes. It afflicts college professors, Washington, the UN and every nation on earth.
How numerous are the stupid? It’s impossible to say. Any guess would almost certainly violate the first law anyway.
• Law 3. The stupid cause losses to other people but derive no gain for anyone.
Cipolla is talking about your friends and relatives who post fake news and embarrassing photos on Facebook. Also stupid are customer service idiots who keep you on the phone an hour, hang up on you twice and manage to screw up your account.
The non-stupid are a flawed and inconsistent bunch, he said. Sometimes we act intelligently, sometimes selfishly, sometimes helplessly and are taken advantage of by others and sometimes we’re a bit of both.
The stupid are paragons of consistency, acting at all times with unyielding idiocy.
This makes stupid people dangerous.
• Law 4: The non-stupid under-estimate the damaging power of the stupid. We forget that dealing with stupid people always turns out to be a costly mistake.
• Law 5: The stupid are dangerous.
Declining societies have the same percentage of stupid people as successful ones. But they have higher numbers of idiots.
The 19th Century Luddites fought innovation because they feared they would lose their jobs. They acted stupidly in trying to destroy modern textile equipment.
They were not intelligent enough to see that the industrial revolution would create more and better paying jobs.
Like Jim Howard, I admit I sometimes do stupid things. I don’t know they are stupid until I suffer the consequences.
Having been married to me all these years, my wife indulges me these stupidities without considering me a total idiot.
My children are not quite as generous but like my wife, they love me anyway.
I admit to being a technophobe. I want it to work for me without bothering to find out how to make it work. That’s stupid.
Next: All geese don’t fly

A gift suggestion
Do you know someone who is trying to find their way in life? Give them a copy of Jerry Bellune’s inspiring digital book, “Your Life’s Great Purpose.”
The latest, updated edition with new stories and a bonus chapter  is available at Amazon.com for only $9.99.

Our special offer for you
If you like our Chronicle stories, you can help us by joining our loyal subscriber family.
To help us keep serving you, we have this special offer:
A 6-month digital subscription for only $19.95.
This offer is also good for present subscribers who want to add 6 months to their subscription.
Just call us at 803-359-7633. Nights and weekends please leave your name and phone number and we will call you back.